Last week saw Tony Indovina, Myron & Carole Johnson, and Ronald & Mary Leggio join us on their first Safari to Africa. They had booked our renowned 10 Day Plains Game Hunt, spread between Base Camp on the coast and our Northern Camp in the Karoo. 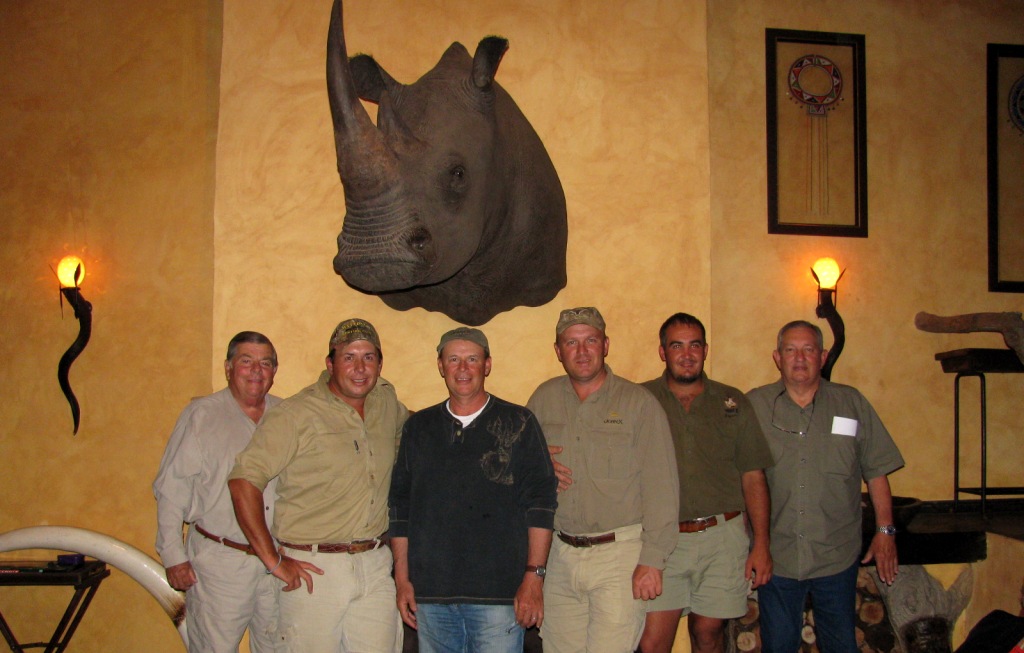 Tony joined Professional Hunter, Gary Phillips, for his safari, while the Johnson’s and Leggio’s were guided by Professional Hunter’s, Jean MacDonald and Greg Hayes respectively. The hunting party were primarily interested in a selection of Plains Game species with an emphasis on East Cape Kudu and Gemsbuck.
The hunt started off from our Coastal Camp, hunting in our surrounding concessions and later headed North to the Great Karoo. The men enjoyed great success in the field and the ladies were never going to be left behind, enjoying our local wildlife and our friendly South African hospitality!

THROUGH THE EYES AND LENSES OF THE GROUP. 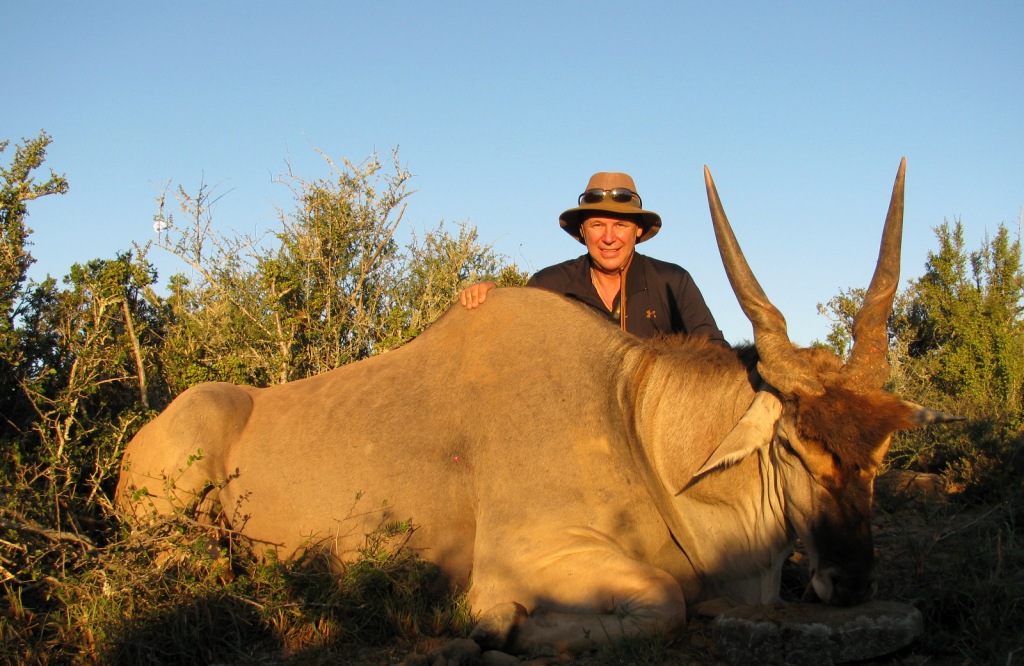 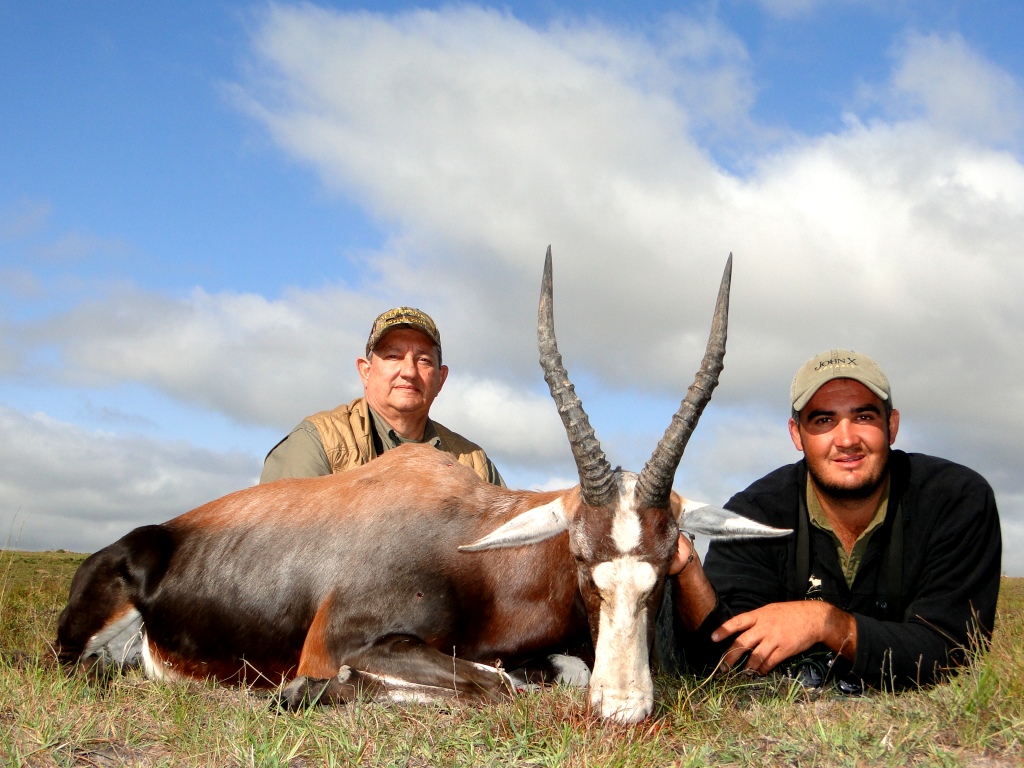 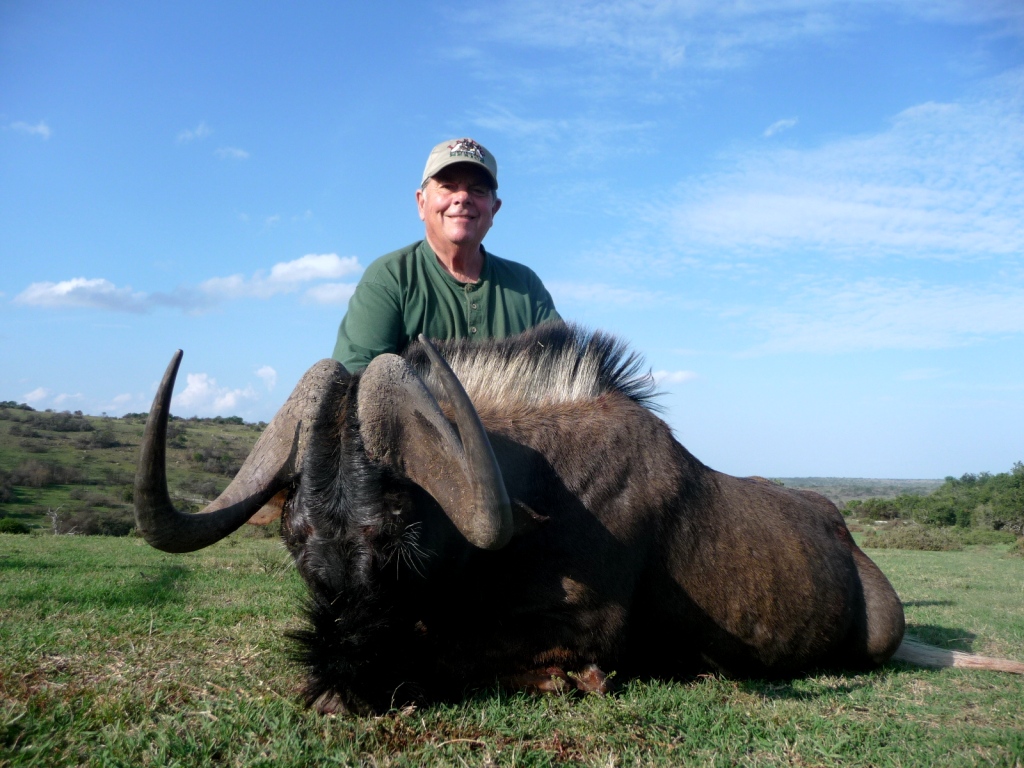 A proud Ronny with his Black Wildebeest. 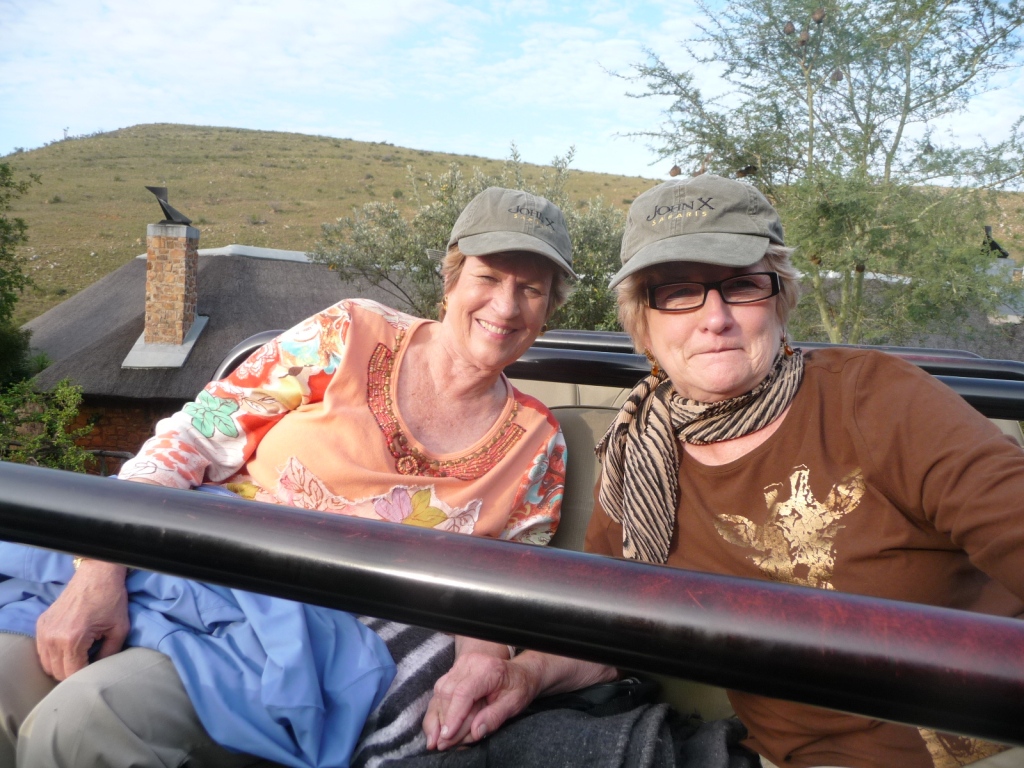 The ladies getting ready for game drive! 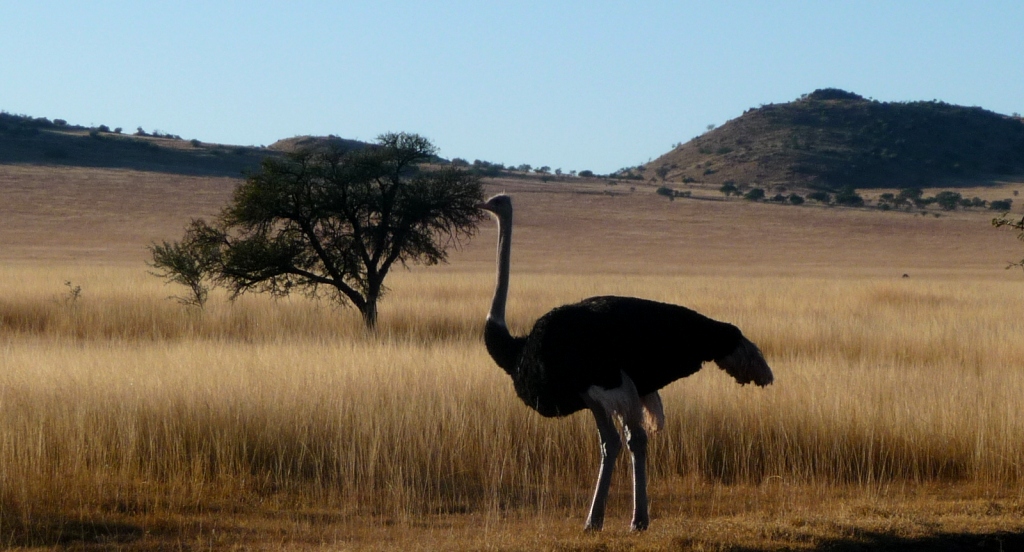 Some of the Wildlife while on drive. 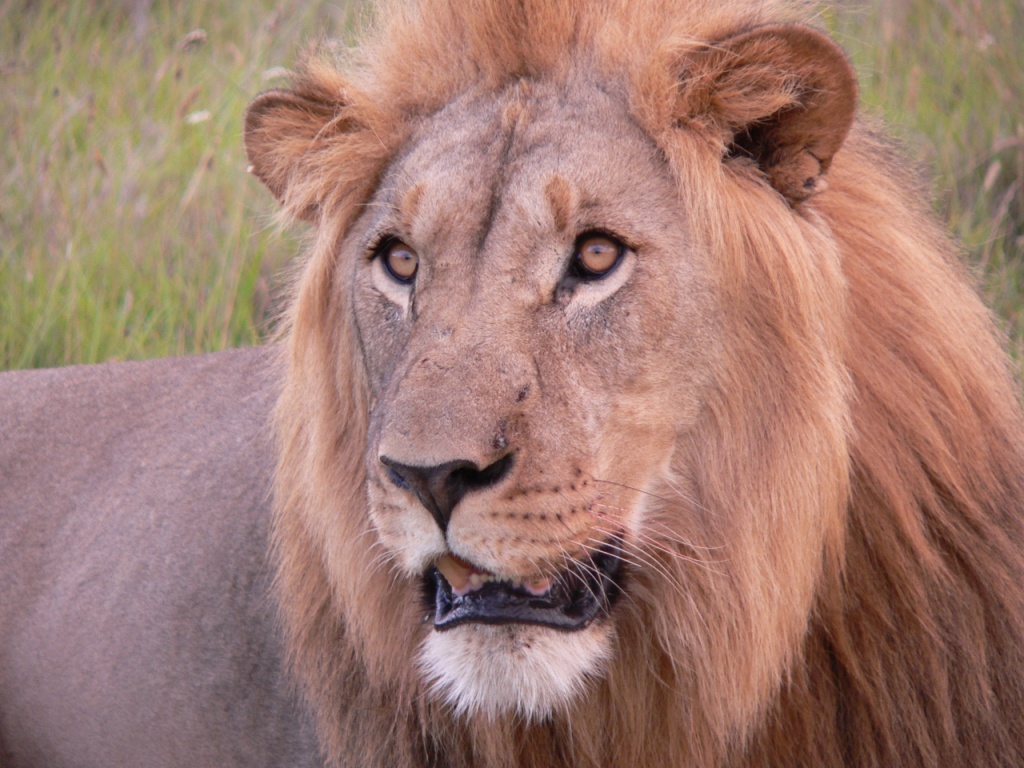 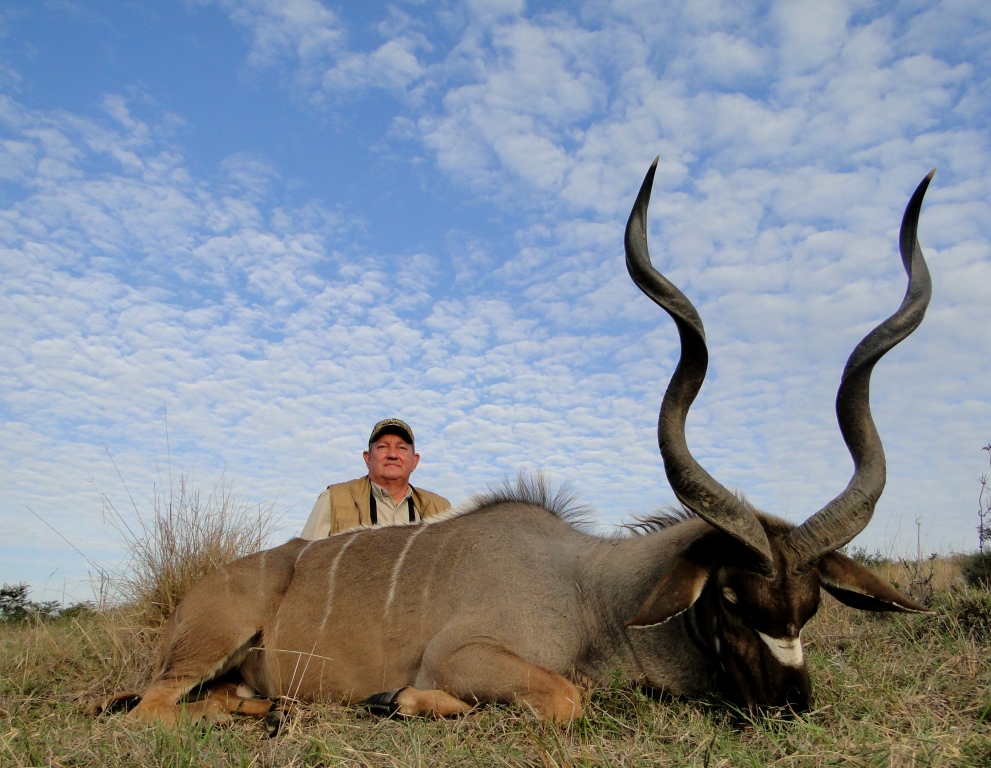 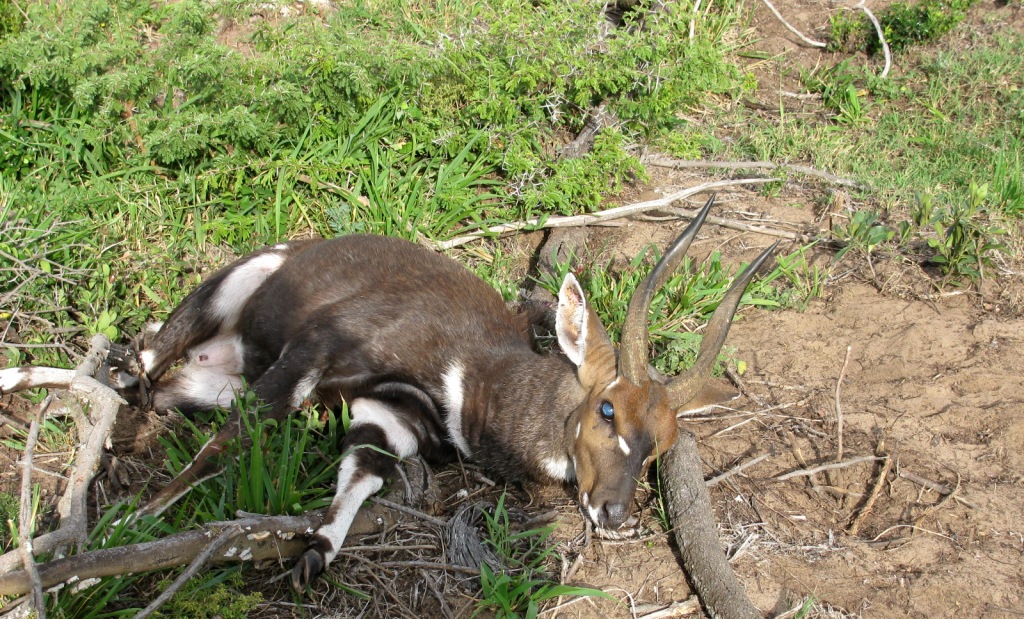 Tony’s fantastic Cape Bushbuck – The 2nd Spiral Horned Antelope of the 4 he hunted on Safari. 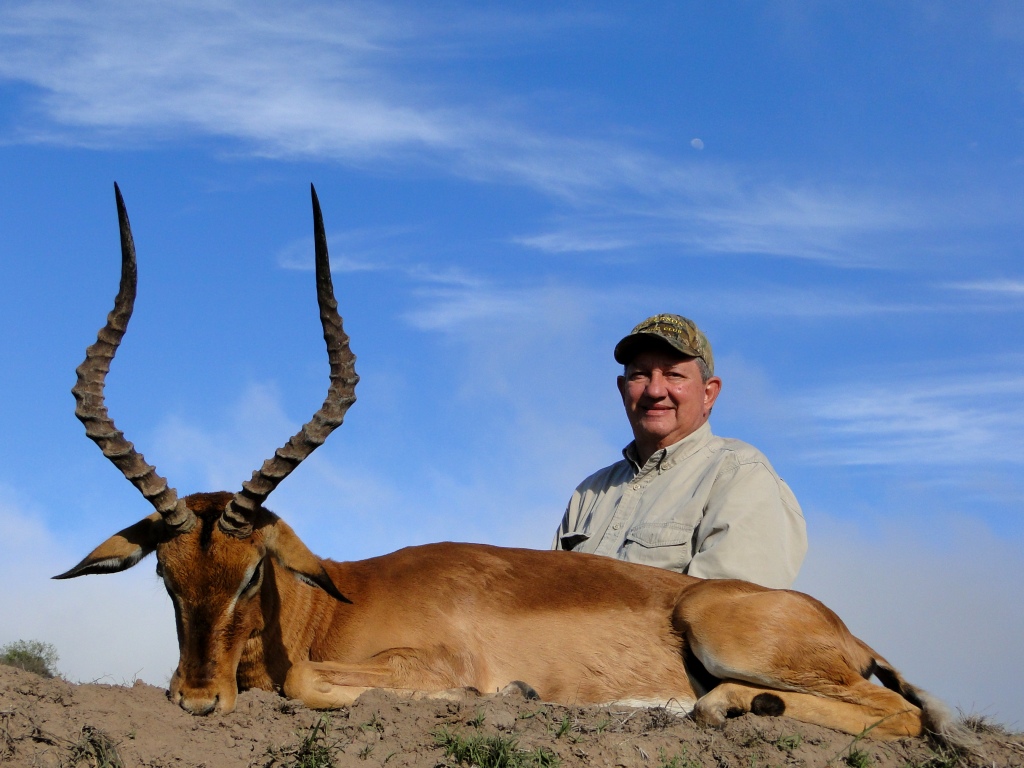 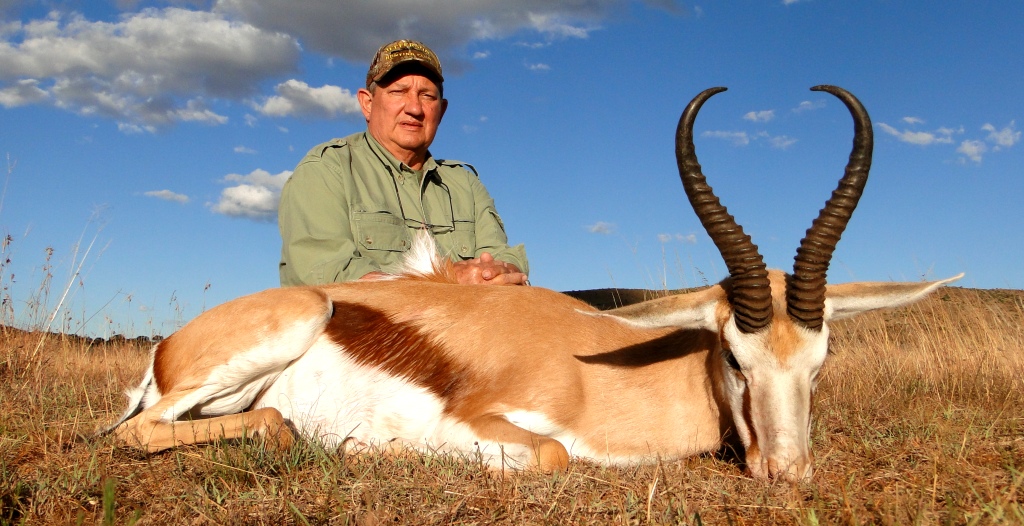 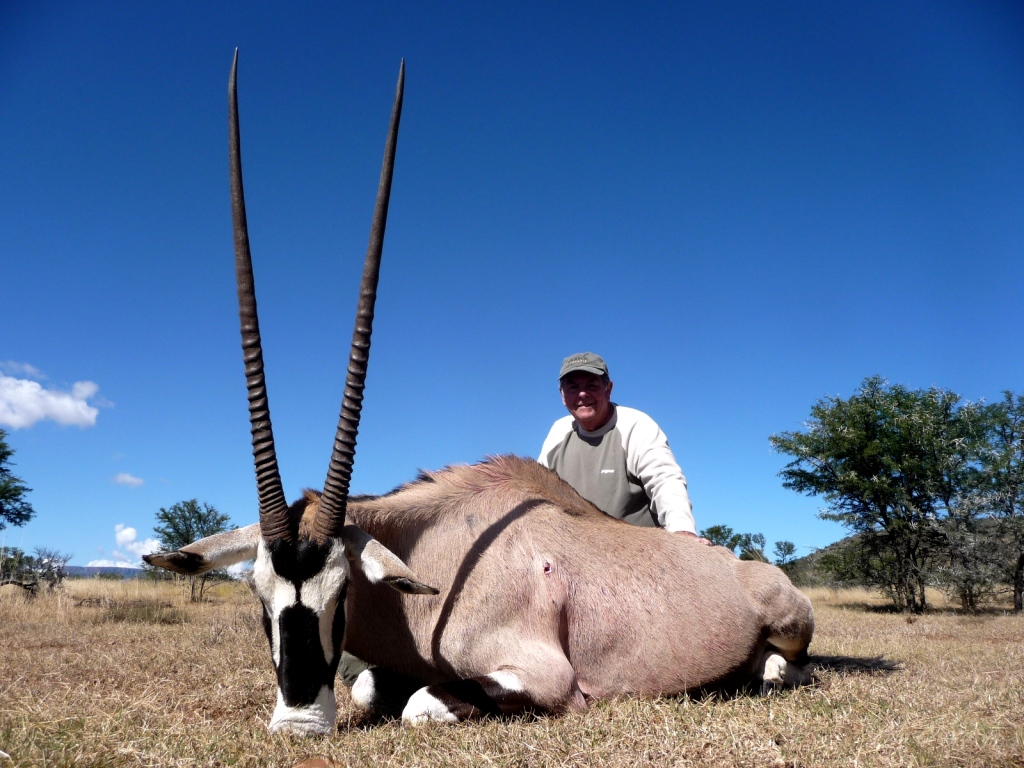 The guys wanted top quality Gemsbuck – And they got some of the best. Ronny with the first of the three. 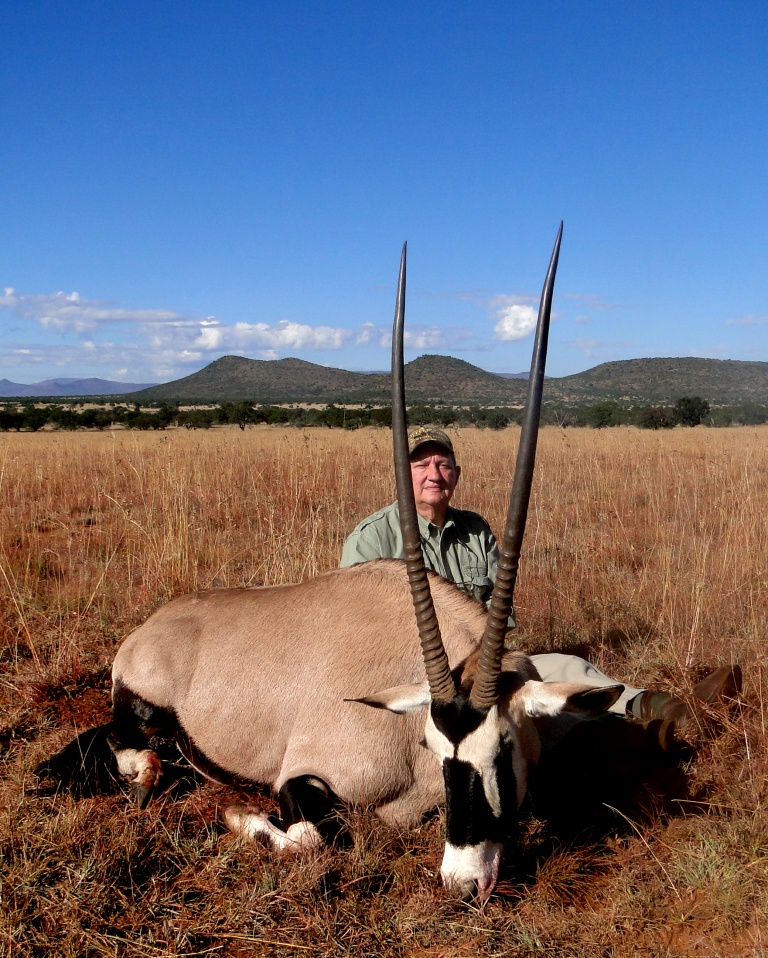 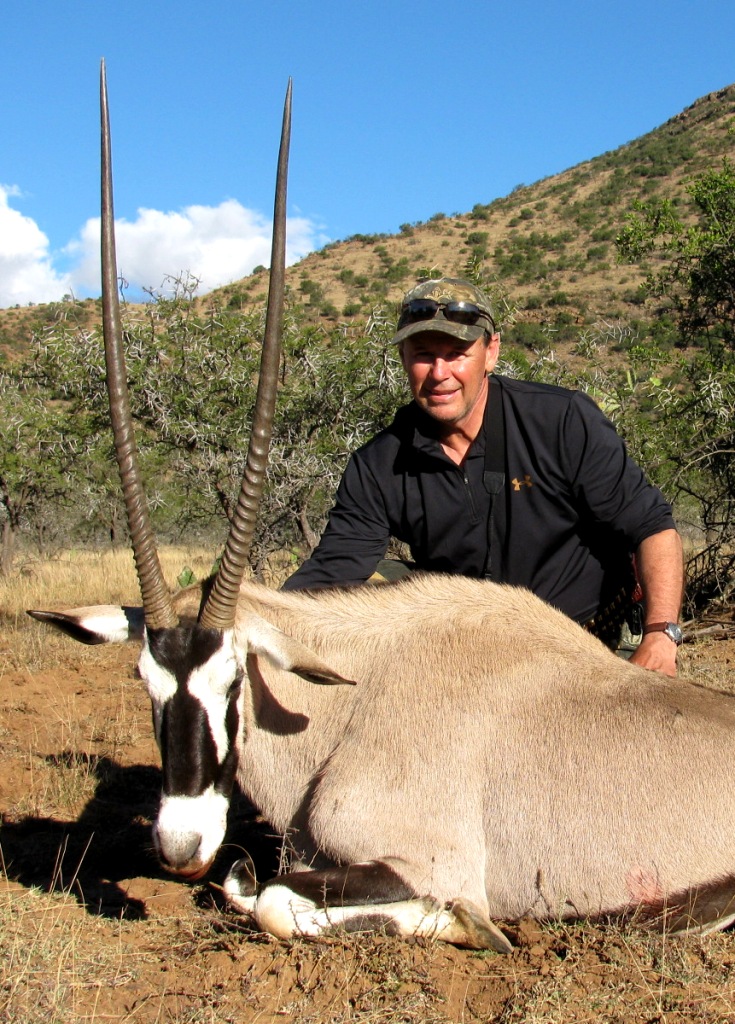 AND Tony with another! 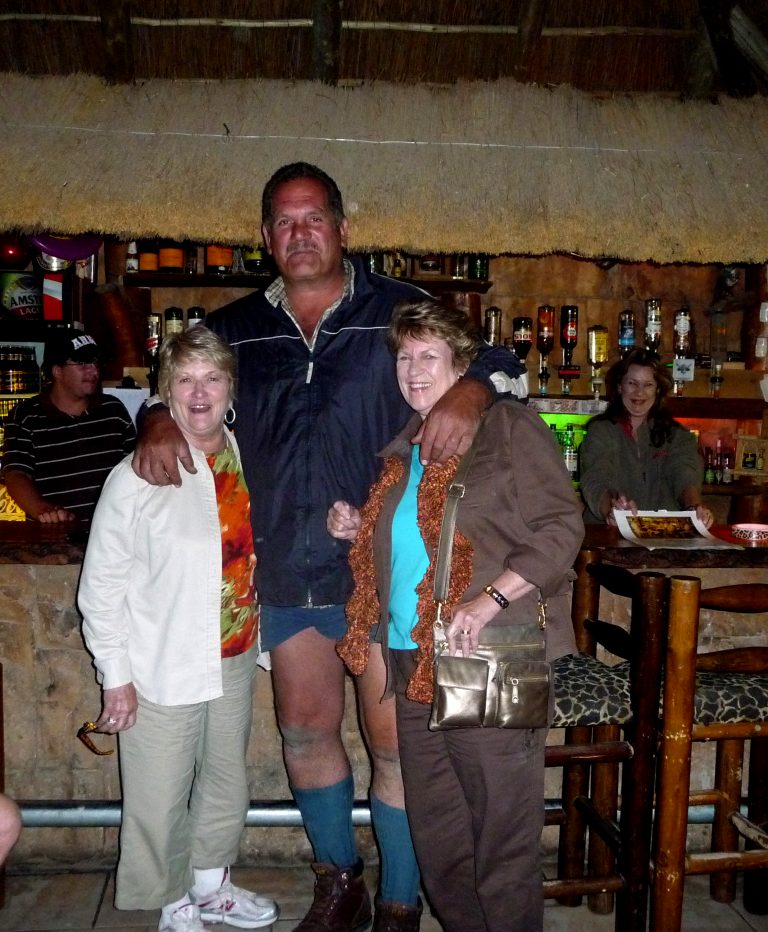 So while the men were out hunting for trophies the ladies bumped into a few trophies themselves – this arguably being the biggest man they saw in Africa! 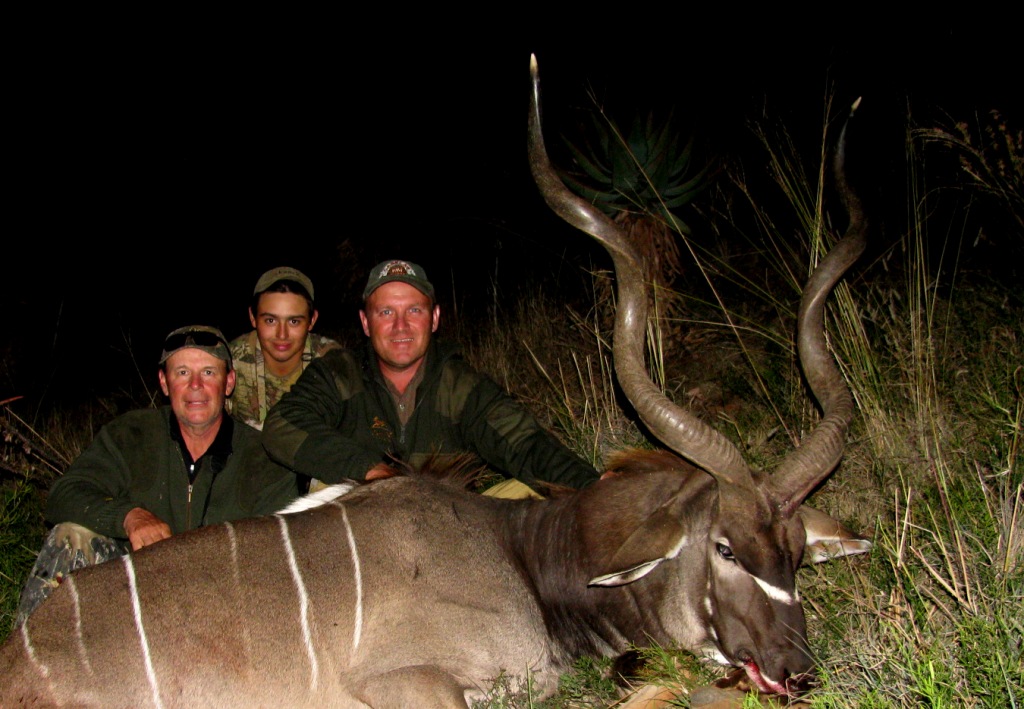 Tony and PH, Gary, with Jose had been battling for an East Cape Kudu for a few days when late one afternoon they bagged this fantastic bull. 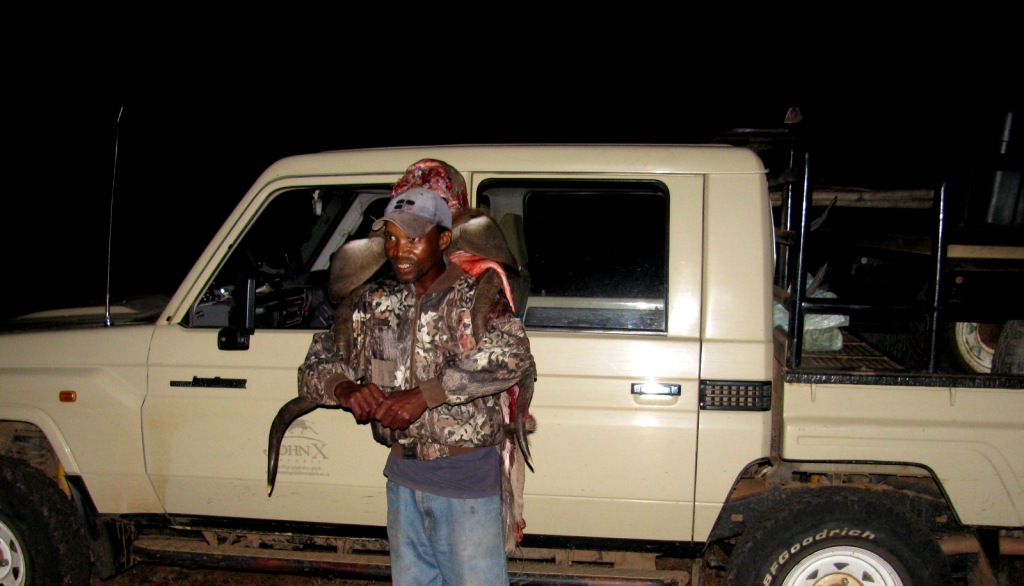 Figatini, our man on the ground who lives in our North Eastern mountainous area, getting the Cape and Skull of Tony’s Kudu down from the mountains well after dark. Some more work was to come the next day when the meat was recovered. 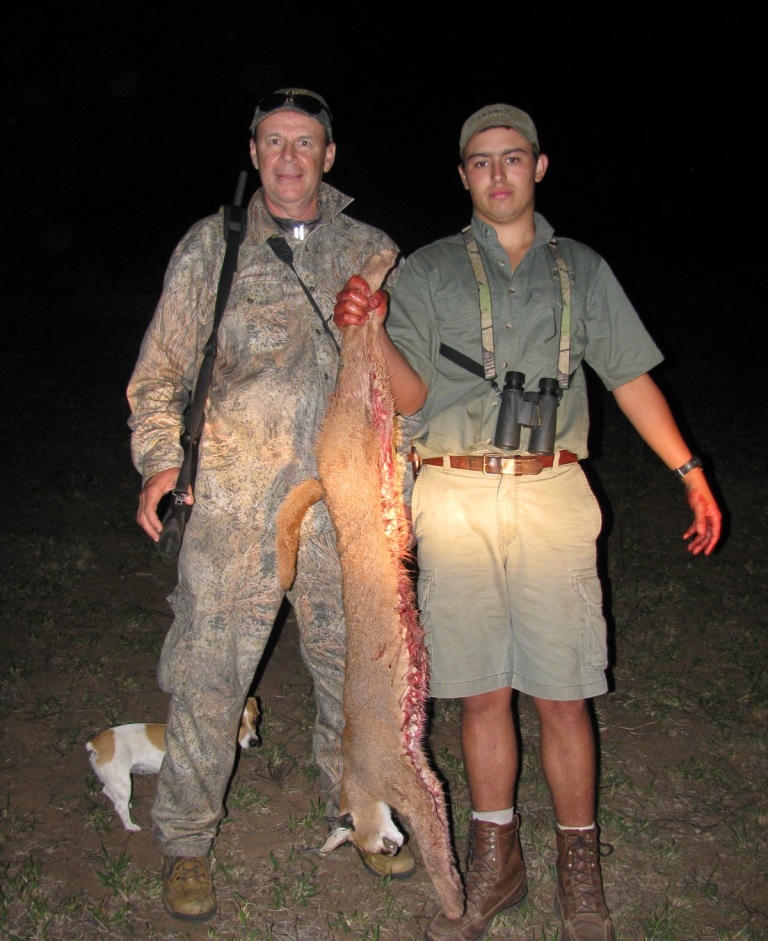 Having returned back to our Coastal area after the trip up North, Tony got extremely lucky and bagged a great Caracal. 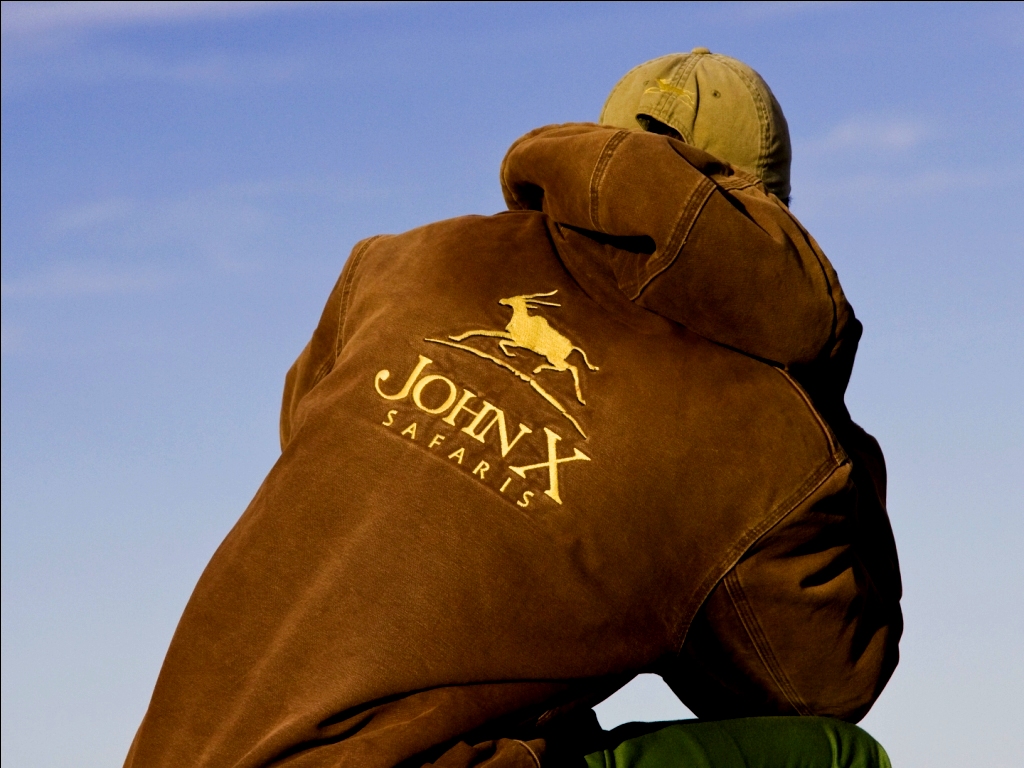 Until next week – we’ll catch you on the trail – we’re out hunting!