A breakthrough in Rhino Poaching

1 September 2010, the John X Team published the devastating story of Rhino poaching in South Africa. At that stage there were 188 Rhino down during 2010. 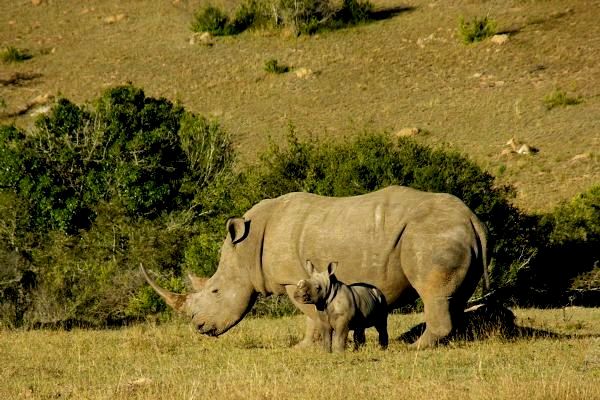 The news was alarming to most, we received emails from far and wide and the support was something that all hunters could be proud of.  Many of you took action and beat our challenge of R500 donation to the “Stop Rhino Poaching” campaign. To those, we thank you and want to share the great news of the breakthrough in the ongoing illegal poaching of Rhino in South Africa.
20 September 2010 arrest were made in the Limpopo Province of South Africa.
From The Hunting Report: “Dawie Groenewald of Out of Africa Adventurous Safaris has been arrested once again. In case you haven’t heard the news from South Africa, Groenewald and 10 other people, including his wife and one of their PHs, were arrested this week allegedly for participating in the rhino poaching activities that have devastated South Africa’s rhino population over the last several years. Some South African newspapers have even called the group the “masterminds” behind the rhino poaching rings.” 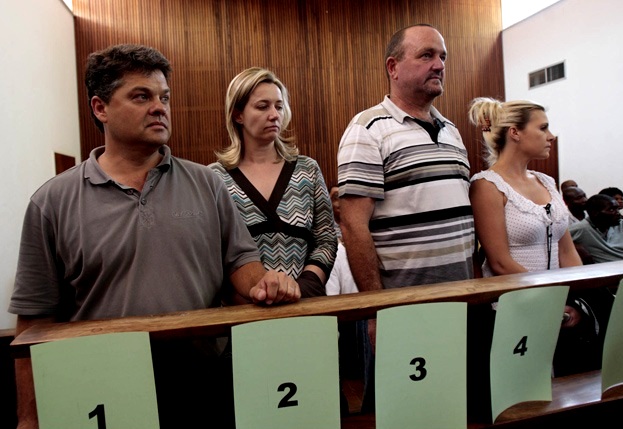 These are the faces of the now refered to “Groenewald Gang”.

Since the arrests it has been confirmed that Wildlife veterinarians have also been involved and form part of the syndicate.

This has been a battle won for the people who dedicate their lives to the ongoing  war on Rhino poaching. We congratulate them.

There is however one extremely concerning matter. Even with the current success in arrests, South Africa now stands on 227 Rhino poached thus far during 2010. That means 39 Rhino have been poached in the last 43 days…… 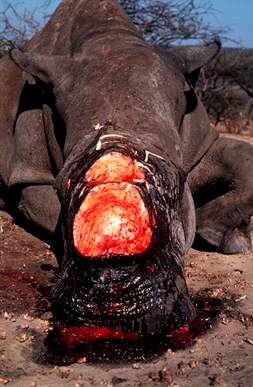 It is now more important than ever for every hunter to educate the public. There is a BIG difference between ILLEGAL POACHING and LEGAL HUNTING. You have the right to hunt.