My Safari in Mozambique

In just a few lines, I am able to sum up my hunt with John X Safaris to Mozambique. Professional Hunters, Carl van Zijl and Poen van Zyl, guided me together with tracker, “Gotchi”. 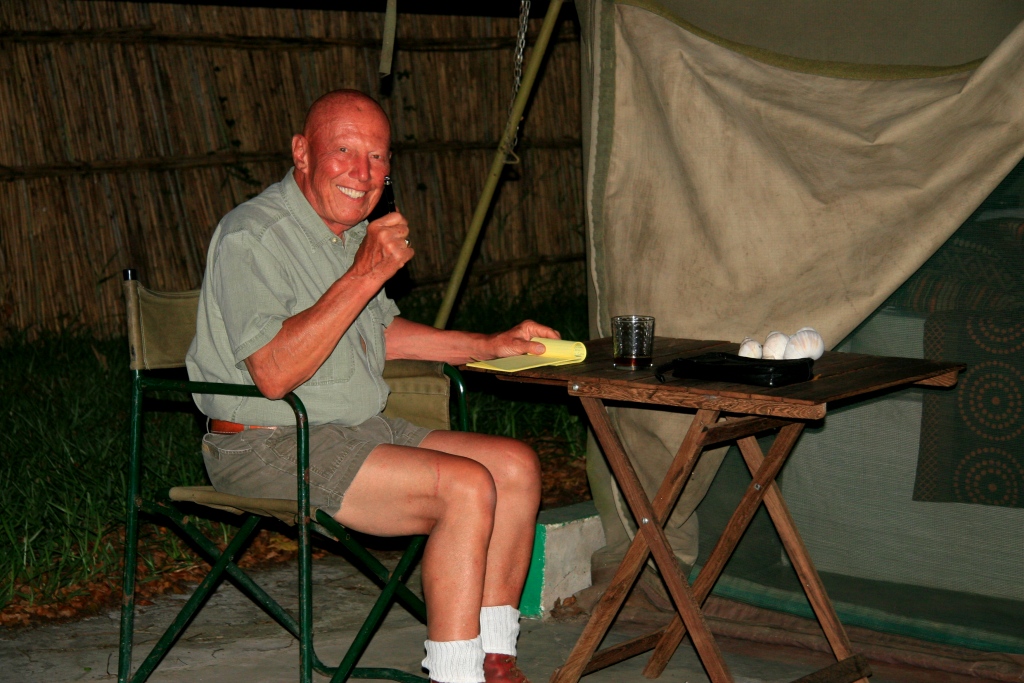 It was a great hunt. Six super trophies in eight hunting days. Everything from the small Livingstone’s Suni, to the large Cape Buffalo, and in between, a Red Duiker, Chobe Bushbuck, Baboon, with great teeth, and a magnificent Sable.

The most important things brought home for me were the memories.
Each morning, a pot of tea along with a platter of rusks was delivered to my tent at 5:00 a.m. The long hot and humid hikes in the forest areas following Buffalo, and only seeing small patches of the buffalo moving away. The split second my shot was made on my Buffalo and the way the trackers could follow nearly un-seen tracks. The time around the campfire, sharing stories with the professionals and regular hunters. The noise from the birds, animals and of course the insects. The colors, flashes of brilliance from the birds, and the soft green color sifted by the sunlight in the forest. These are the things that I will remember the most.
Join me as I share my experiences with you through the lens of my camera…. 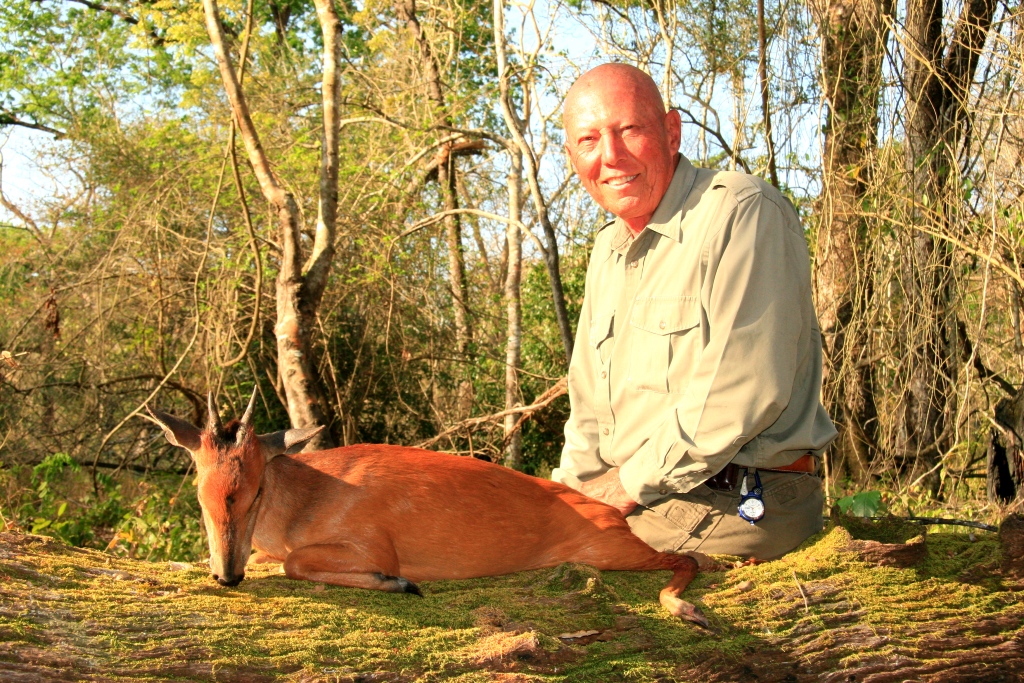 Having booked a Cape Buffalo and Sable as my main priorities on my hunt, it came as a great surprise that my first trophy would be a Red Duiker. I wasn’t going to let this monster of the Red Duiker world pass me by! 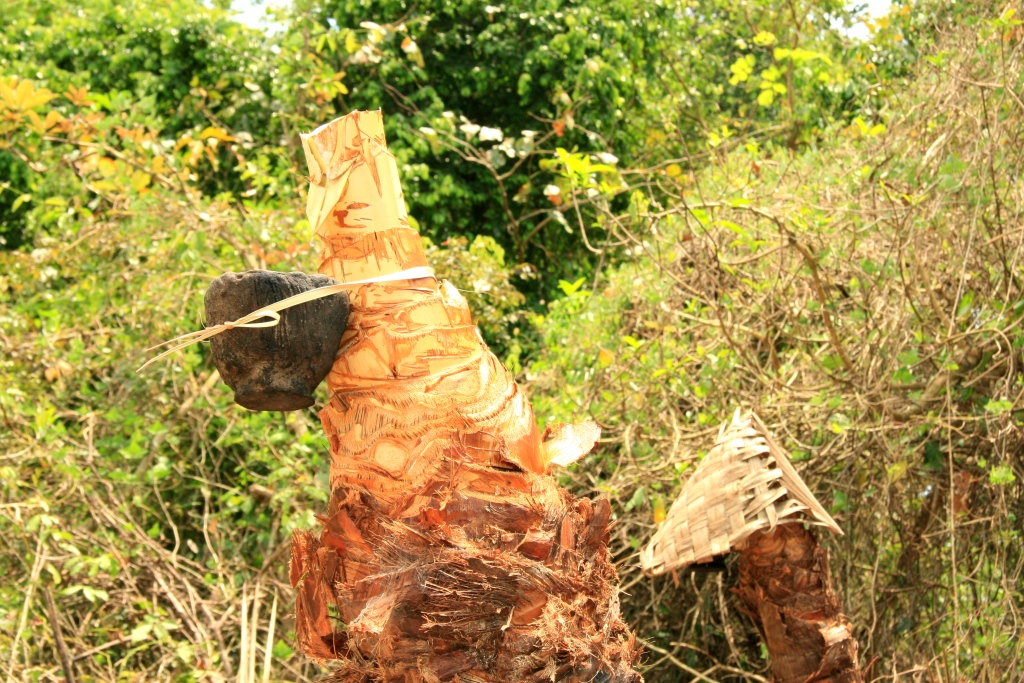 On our daily hunts I met some locals who enjoyed their palm beer. “Beer Garden” – Mozambican style! 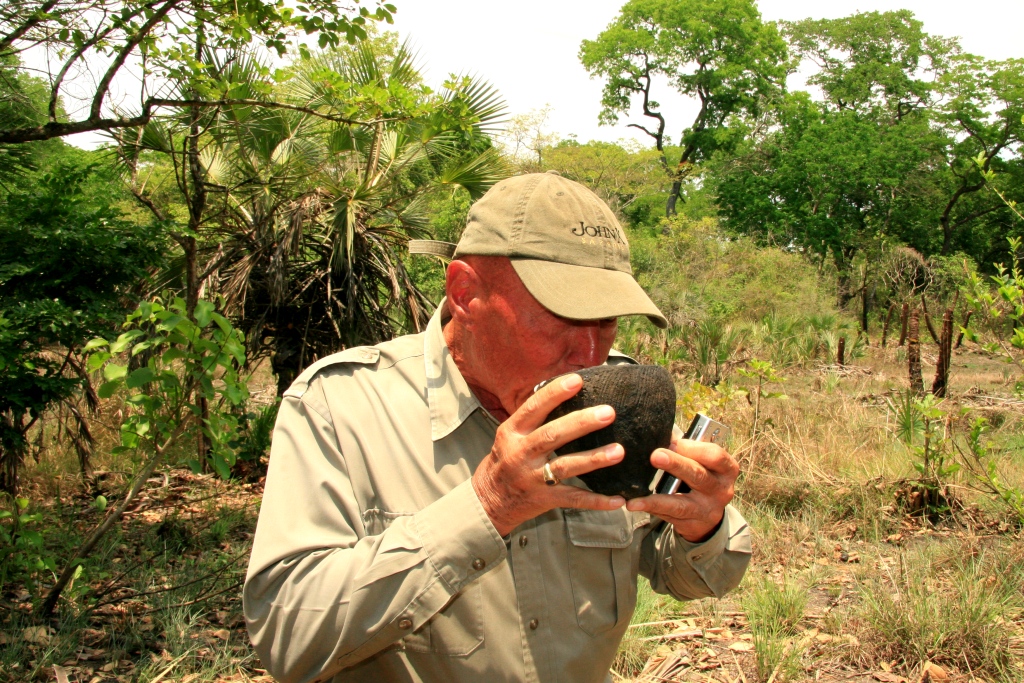 I even tried some myself! Not bad considering it had been fermenting in 90-100 degree heat for 2 days. 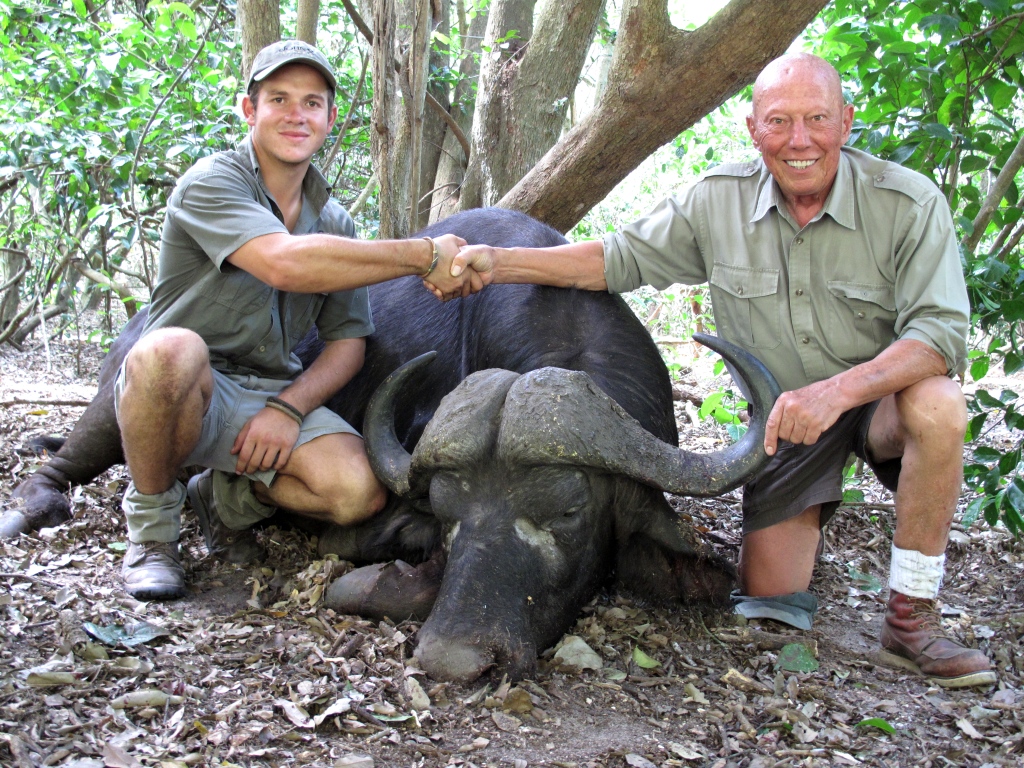 My first Cape Buffalo was always going to be a highlight. The 03.30 wakeup, my first feelings when laying my eyes on the small group over the pan ahead of us, and then my shot. The bulls reaction and our tracker “Gotchi” seeing things I could only imagine. Then the charge – our standoff and my old Buffalo bull. 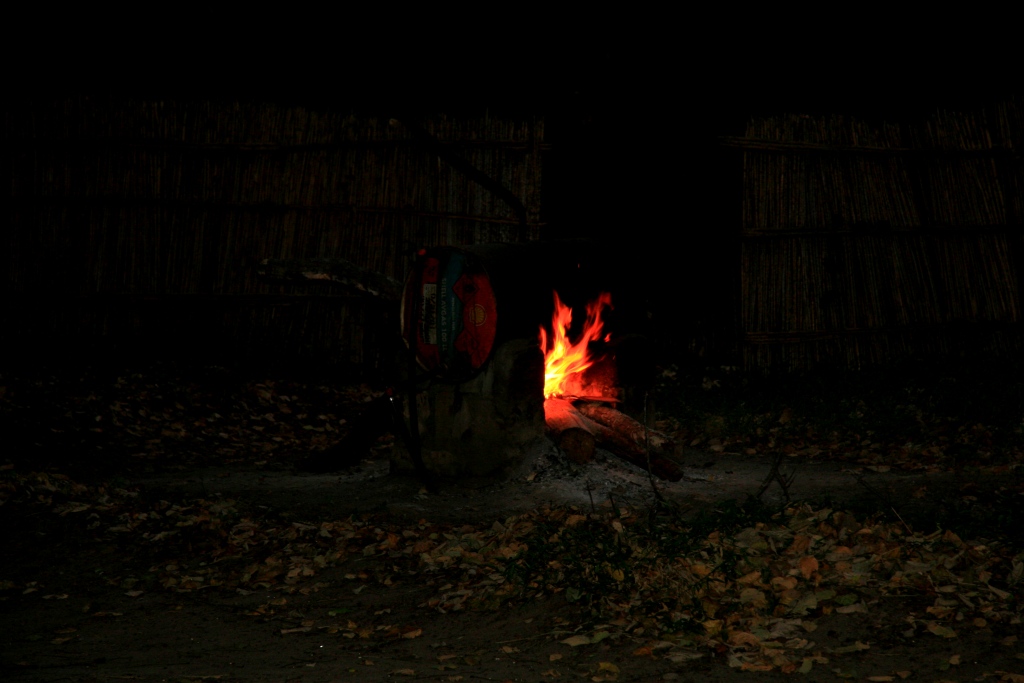 After a long days hunt I could come back to a warm shower, the water did take a while longer to heat up, but it sure was worth it. 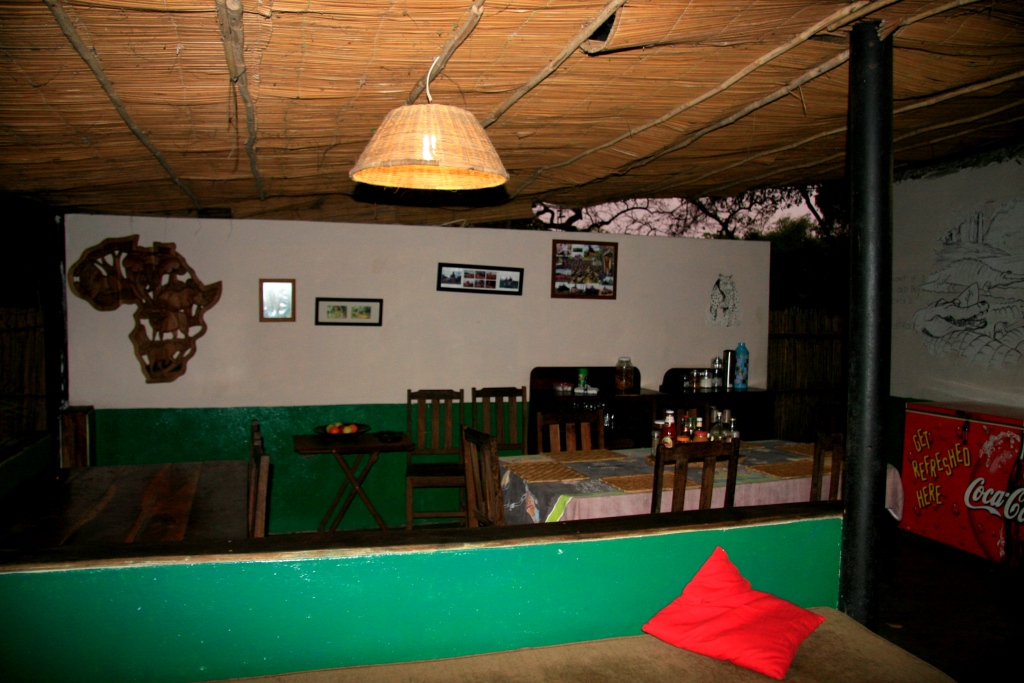 Evenings were spent around the camp fire and dinners around the dinning room table in a rustic camp. 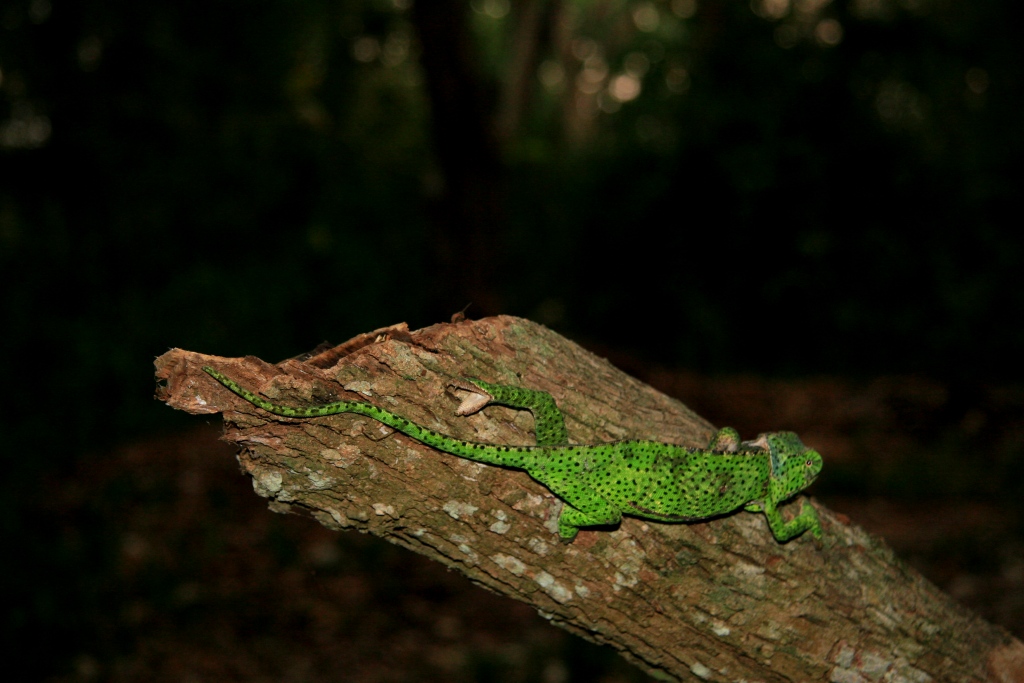 I had a few visitors near my tent at times, this certainly a colorful guy! 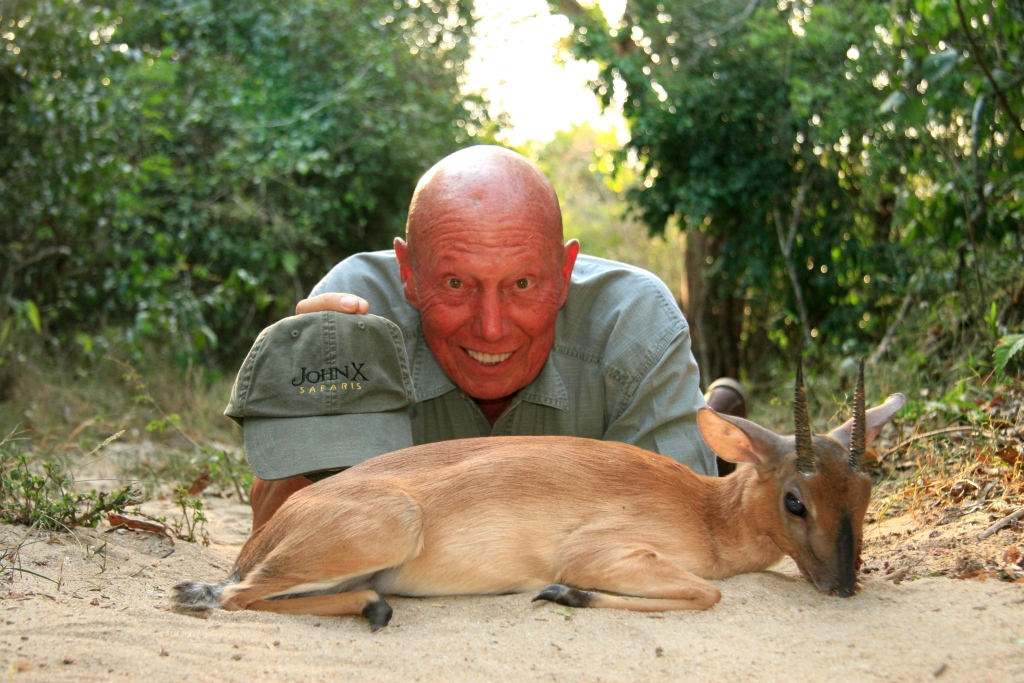 I love handguns and have hunted almost all my safaris in Africa with a handgun. When Carl mentioned there was a chance of me using the camps 22 Long Handgun, I couldn’t resist. I bagged my Suni with it. 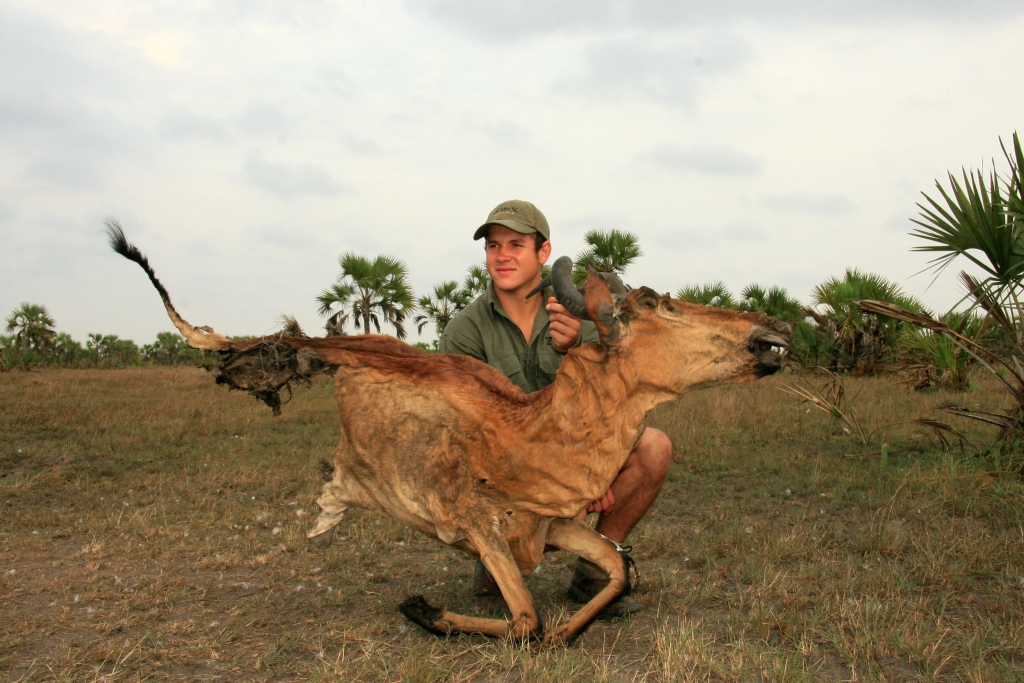 On one occasion we headed out towards the swamps to hunt along the edge of the flood plain for Chobe Bushbuck and Sable. We didn’t have success that morning, but our resident PH, Poen van Zyl, found this Liechtenstein Hartebeest that had died. We all agreed it would make a super decoy, we just needed a bow! 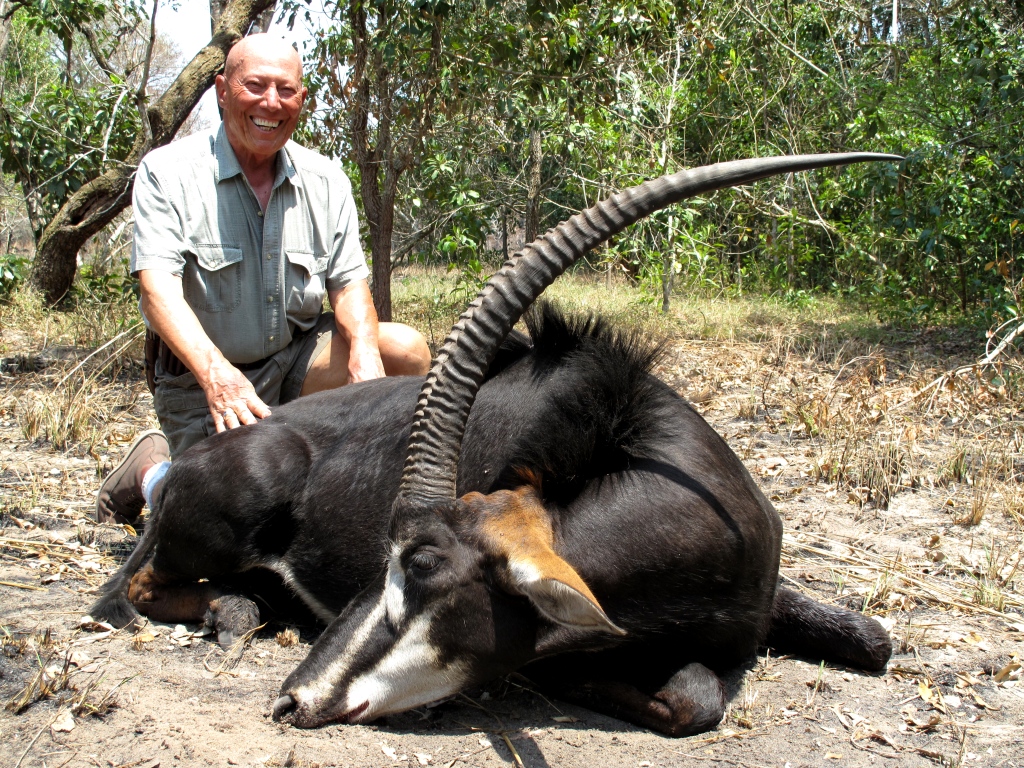 I finally got my Sable. The smile says it all! 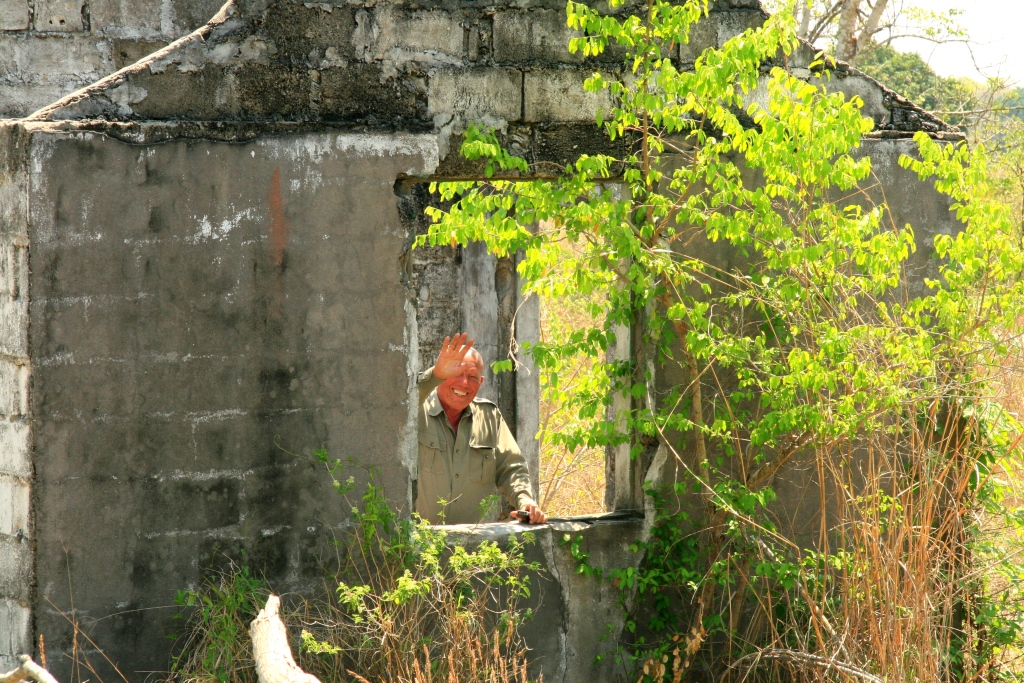 While out on the concession we often bumped into the remains of a country that had been at war for 30 years. None of the locals chose to use these old buildings as homes, they believe the spirits of the people who lived there before still linger in the ruins. 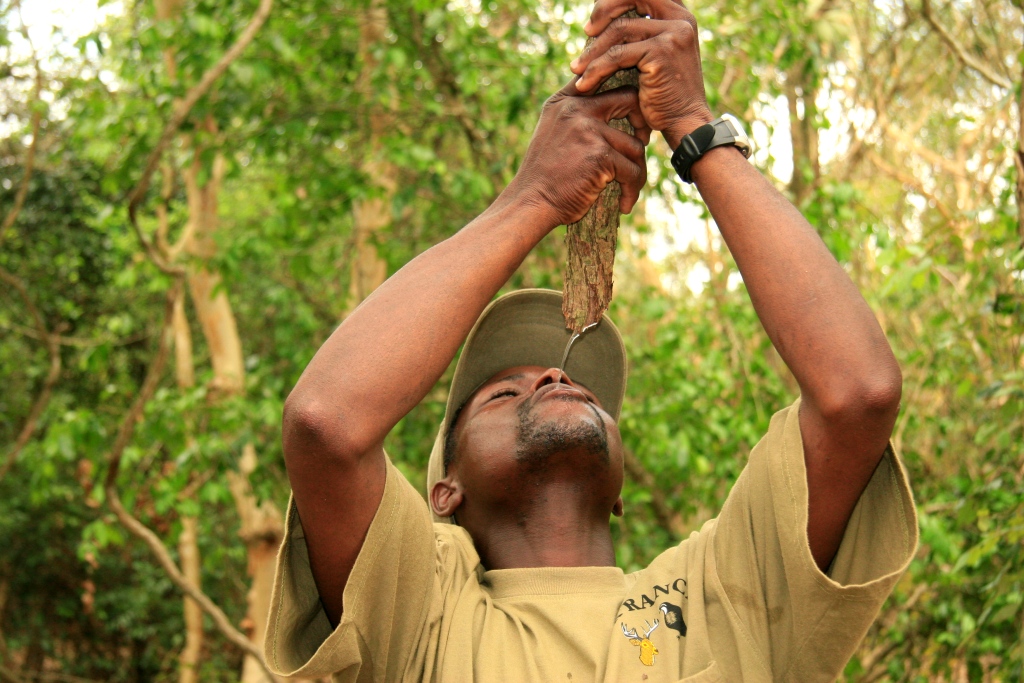 Our tracker “Gotchi” showed us a few survival skills too. The water was extremely clean and apart from a woody after taste, it quenched our thirst. 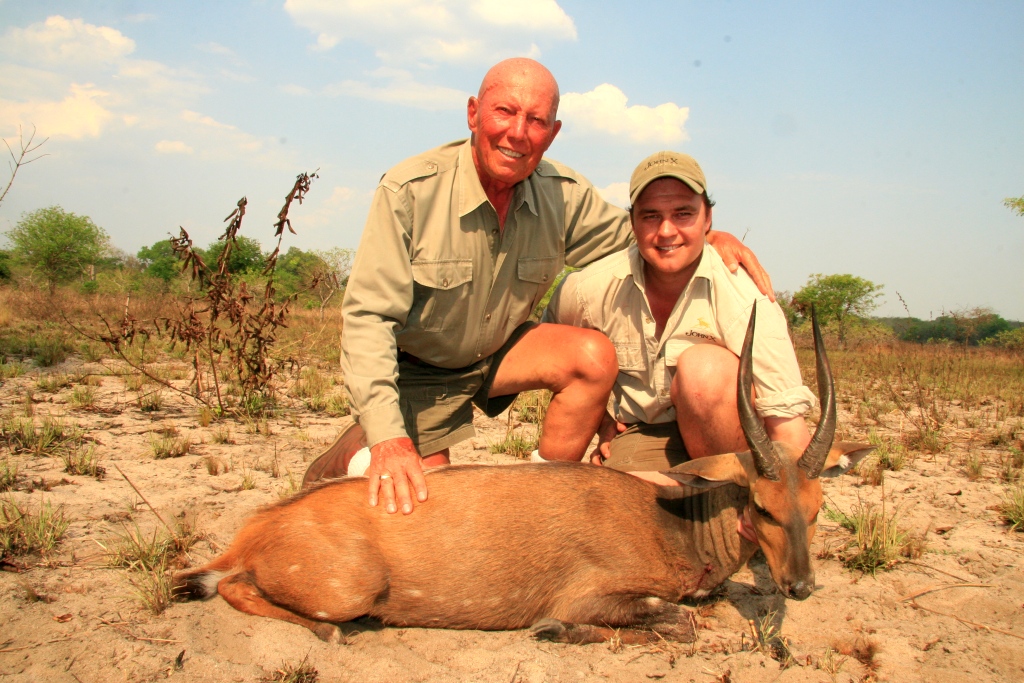 Carl and I with my Chobe Bushbuck. We worked hard for him! 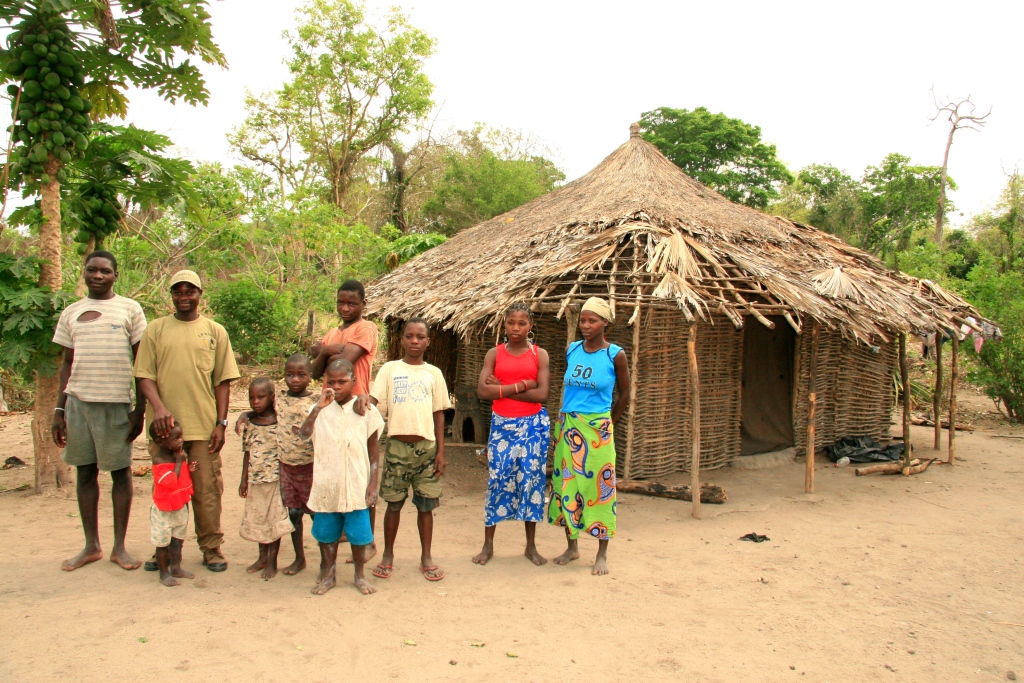 On my last day I asked my tracker “Gotchi” if I could meet his family. He jumped at the idea and escorted us to his village. It was great seeing and meeting the people who survive off the support we as hunters provide by going hunting. If it weren’t for hunting in this particular area then none of these people would have any way of a stable income. 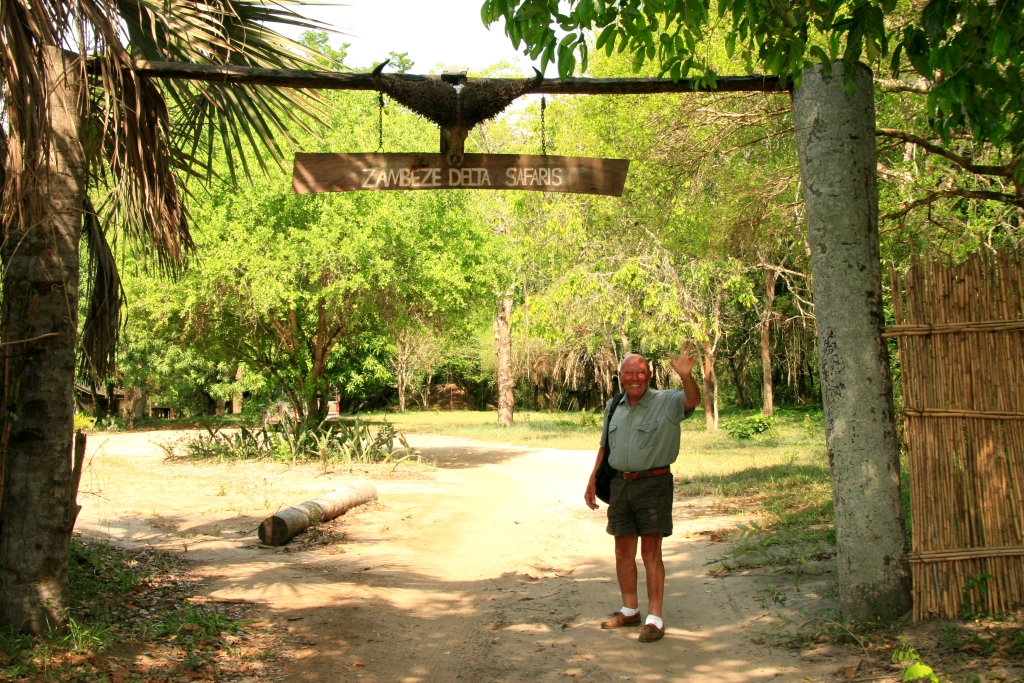