We couldn’t have hoped for a better experience

This past April saw Norm and Karen Amstrup join Professional Hunter, Greg Hayes, on their 10 Day Safari to the Eastern Cape, South Africa.
This was to be their first hunt to Africa. Norm was set to do most of the hunting, while Karen would join the action from time to time.
Norn successfully hunted East Cape Kudu, Impala, Mountain Reedbuck, Blue Wildebeest, Black Wildebeest, Gemsbuck, Baboon, Springbuck and Warthog. Karen set her goals on hunting a number of species, with the Springbuck slam being a certain priority.
As we’ve become accustomed to, Africa always provides more than what we may have counted on, and leaves us gasping for what may be next. Sit back, relax and join the Amstrup’s on their African adventure….. 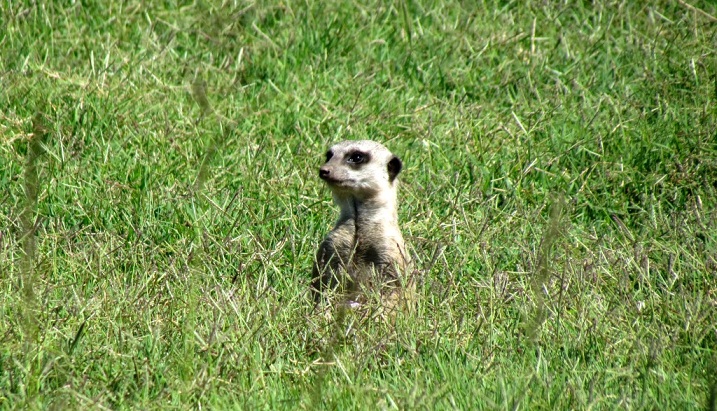 An adventure to remember! 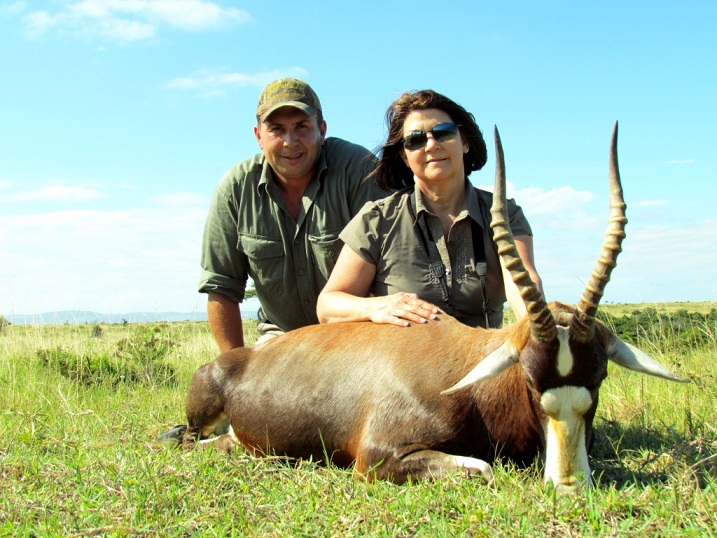 In fact it was Karen that got the hunt off to a flying start with a super first day Blesbuck from our Coastal Area. 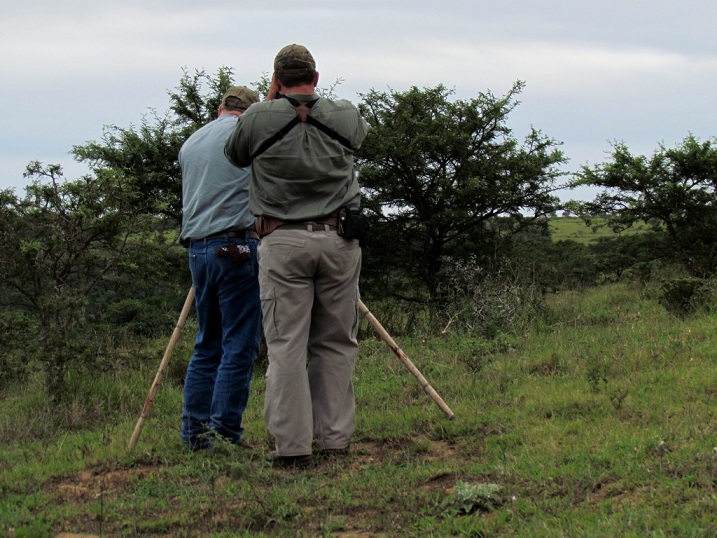 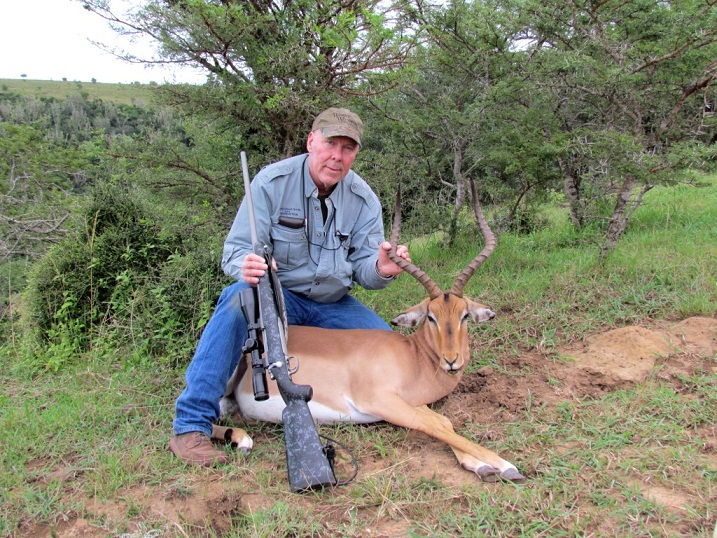 Norm topped off a brilliant first day in Africa with a great Impala. 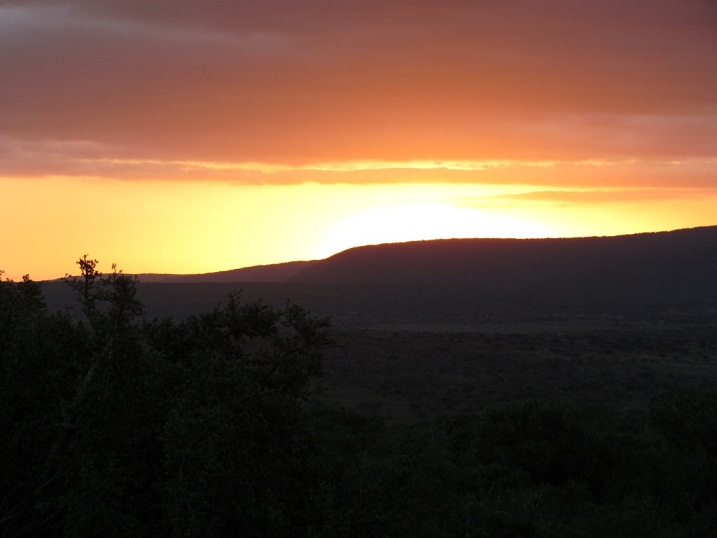 Day 2 saw the hunting party rise bright and early on the hunt for the elusive grey ghost – East Cape Kudu. 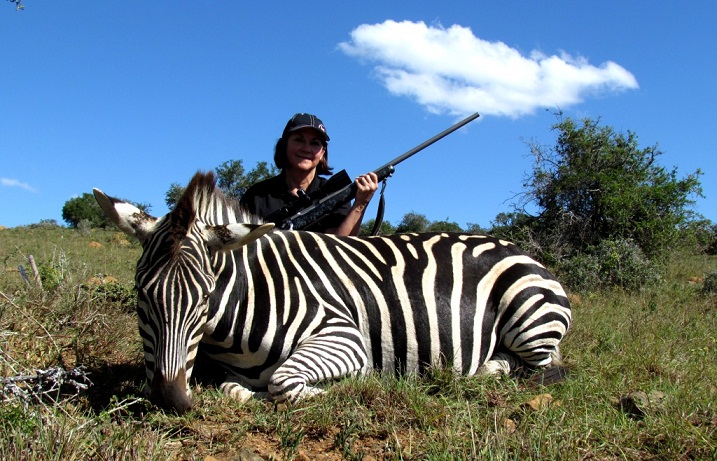 Karen soon found out that plans can change rapidly in Africa. While Norm and Greg were on the hunt for Kudu, they spotted a beauty of a Zebra. Karen needed no second invitation and earned her second trophy in Africa. 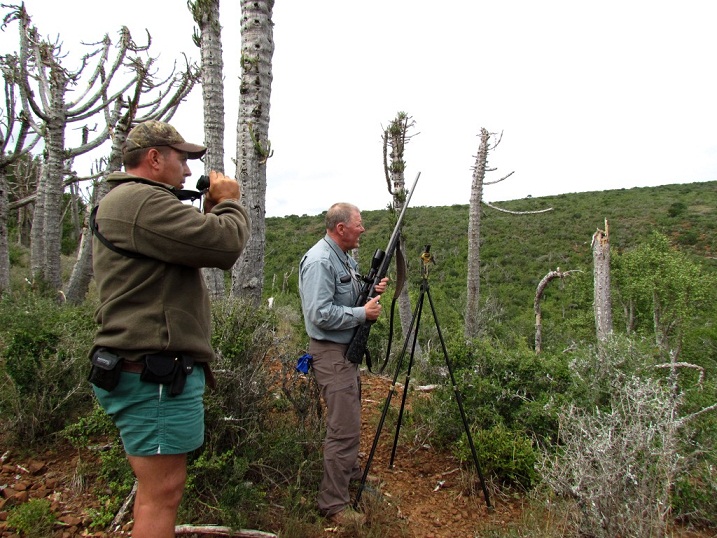 The remainder of day two was spent on looking over numerous Kudu bulls. Greg was pushing hard at finding that extra special Kudu. They had spotted well over 20 bulls, but nothing grabbed their fancy till late that afternoon. The Kudu in question was in a difficult area, and the guys decided to monitor his movements and return first thing in the morning. 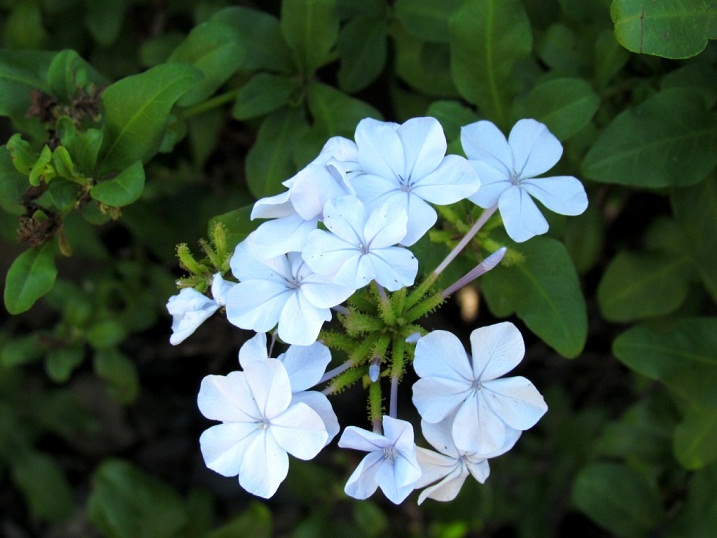 Karen in the meantime was making the most of her time, capturing the numerous varieties of flora… 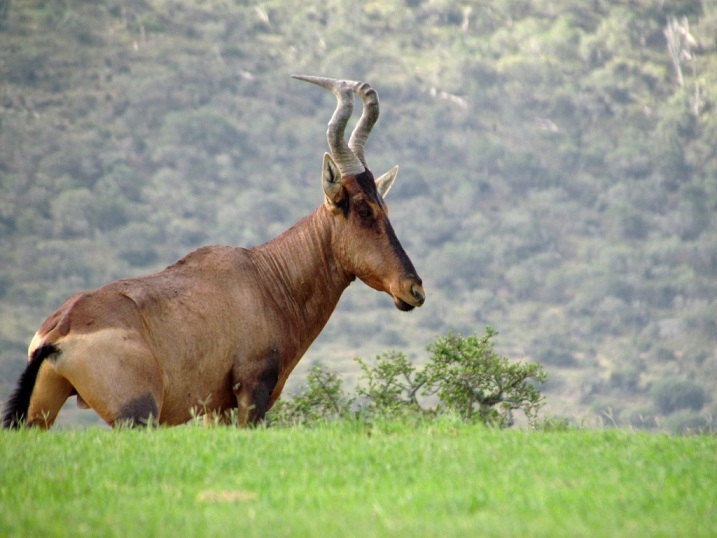 And a great deal of fauna. 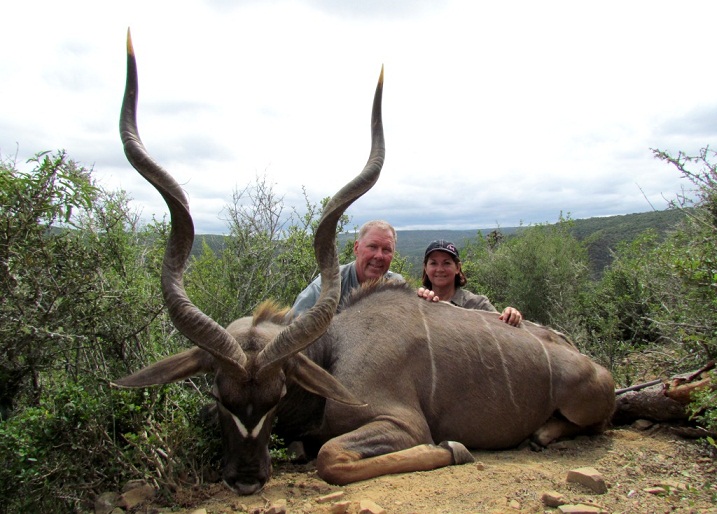 Day 3 saw an expectant party leave camp at dawn, heading back towards the area where they had spotted a good Kudu bull the evening before. After a few hours they relocated the bull and commenced with a plan to get within range. They reached the bull, glassed him over again, and decided they wanted to keep going. Greg was sure they could find a better bull. The hunting party started heading back towards the truck, and there he was. The bull they had been hoping for, coming out of the shadows like a ghost out of the darkness. Norm squeezed off his round, dropped the bull in his tracks, and earned a super East Cape Kudu. 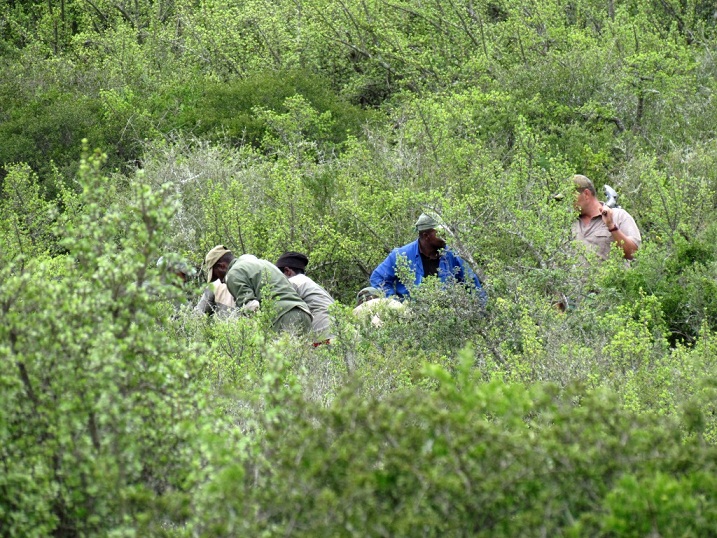 Norm had dropped his bull in a fairly inaccessible area. The crew was called in to help and both Norm and Karen found that… 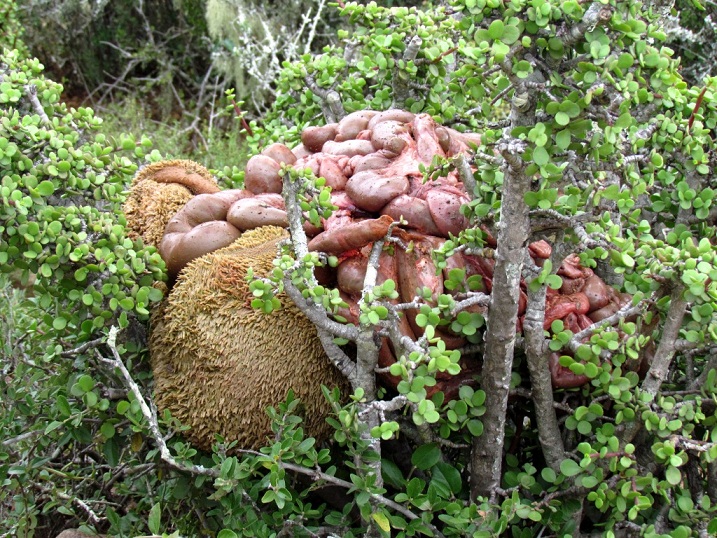 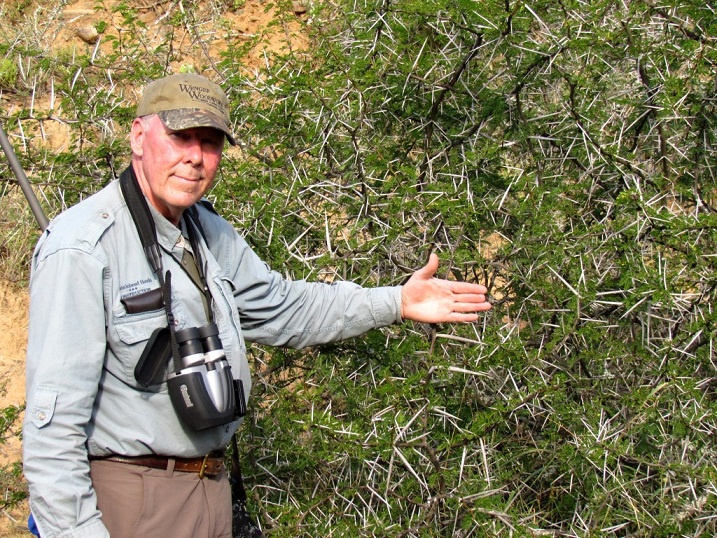 And mostly everything in Africa sticks! 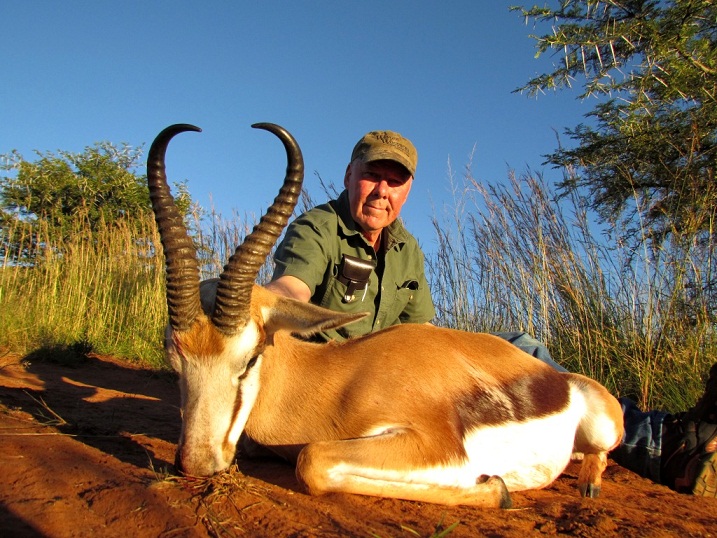 After the successes of the previous day, Norm’s confidence was on overdrive. He backed it up with a great shot on his Common Springbuck. 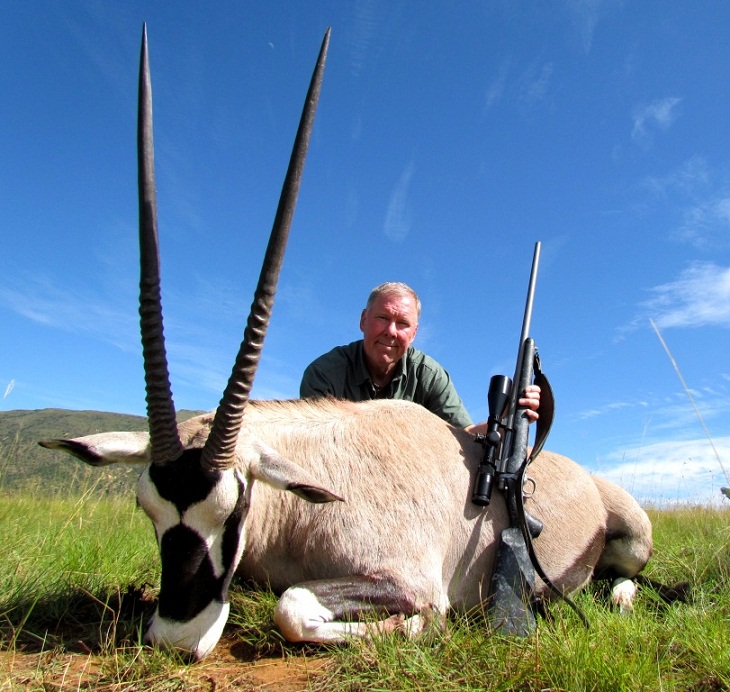 A Gemsbuck is a priority for many a first time hunter to Africa, Norm was no different, wanting to hunt hard to find a bull that would match the quality of his Kudu. So when they woke to a glorious sunny day in the north that fifth day of their hunt, the team decided that it would be national Gemsbuck day for Norm. They spent most of the morning looking at many different herds, finally settling on a heavy old bull at midday. Norm, who up to this stage had proven his worth when handling his rifle, kept the teams spirits high with another fantastic shot. 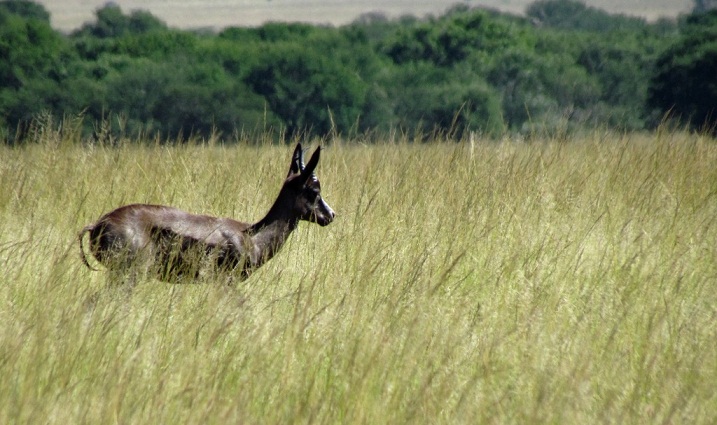 Karen in the meantime had been abiding her time well, waiting in the wings. Her turn would come, after all there were Springbuck everywhere. 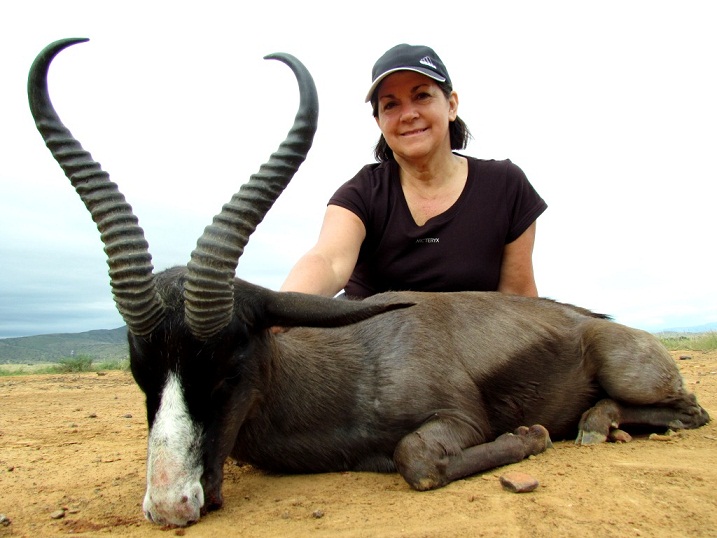 Her turn did come, in a massive way! Bagging a super Black Springbuck! 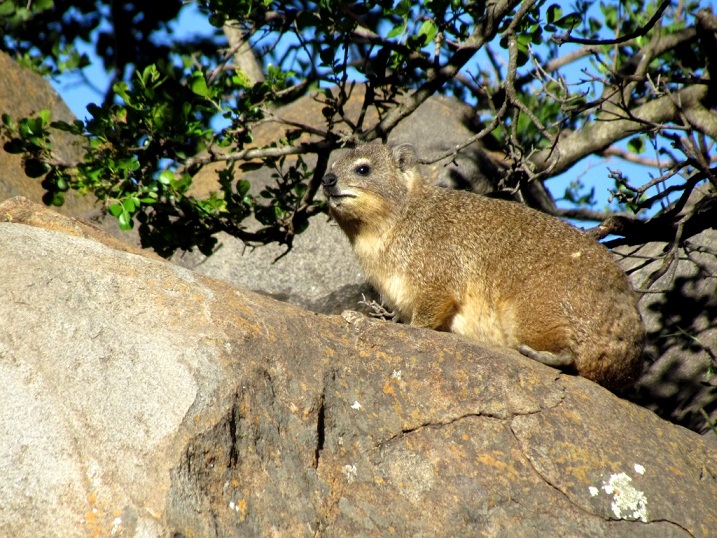 Norm enjoyed long distance shooting, and we soon found out that he was quite the pro! 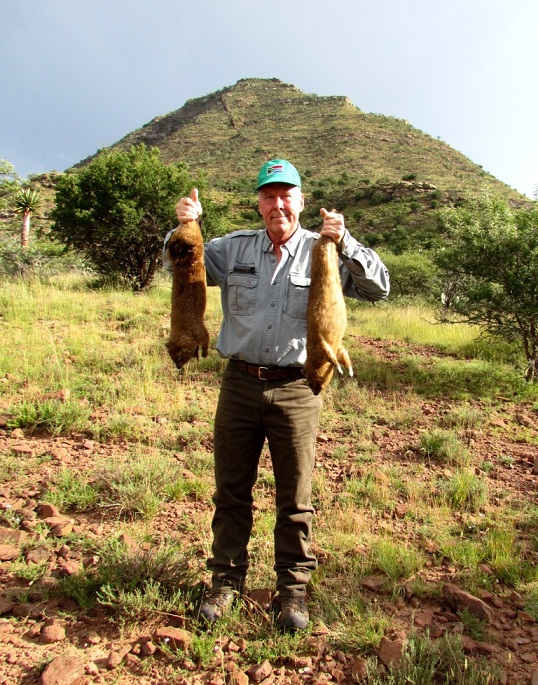 He bagged the first Rock Hyrax at 453 yards, and then put all doubters to the sword; he dropped his second at 472 yards. Now that’s shooting! 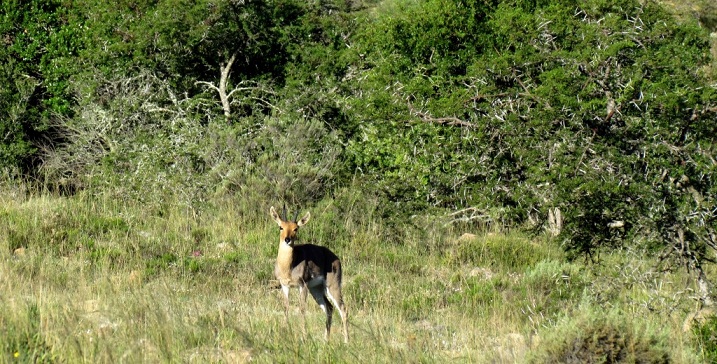 At first Norm may not have been that interested in Mountain Reedbuck, until Karen started showing him a few of the shots she had captured on camera. For a mountain dweller, which can be considered a very shy animal, Karen did an unbelievable job capturing Mountain Reedbuck on film. 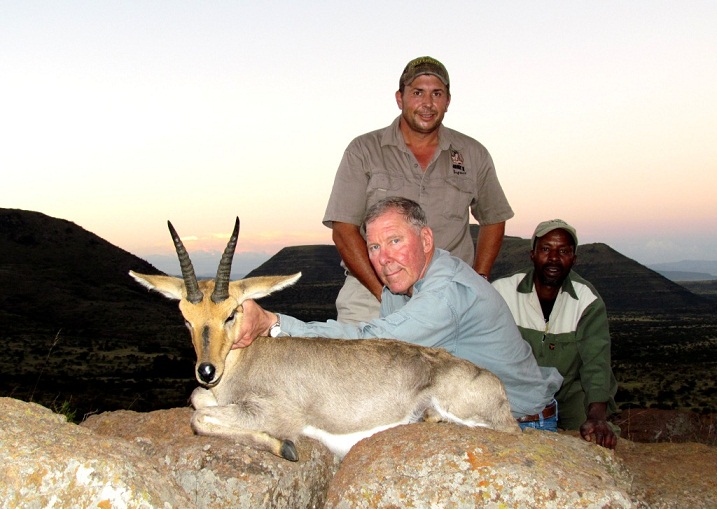 With Norms new-found interest, the guys set out on the hunt for Mountain Reedbuck. They had spotted numerous rams during their stay in the north, and had actually culled a poor ram for camp meat. They hadn’t seen anything that had caught their eye until late on that last day in the north. Greg and their tracker, Mtish, spotted a group of females with a good-looking ram. The group headed down into a valley and the hunters followed in hot pursuit. They relocated the group, but no ram was to be found. The Mountain Reedbuck took off again, and still no ram insight. Just as the hunters were set to give up, they spotted the ram lying in some tall grass off to the side. Norm made a good shot and bagged the Mountain Reedbuck of the season. Its early days, but it would take some doing beating this Gold Medal Mountain Reedbuck. Well done Norm! 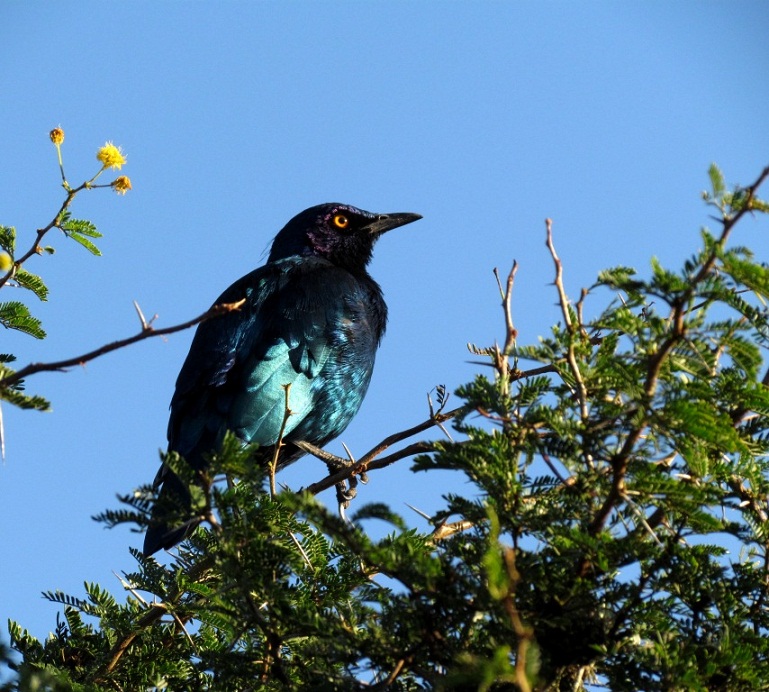 Karen in the meantime was still happily snapping away with her camera, earning some great pictures along the way. 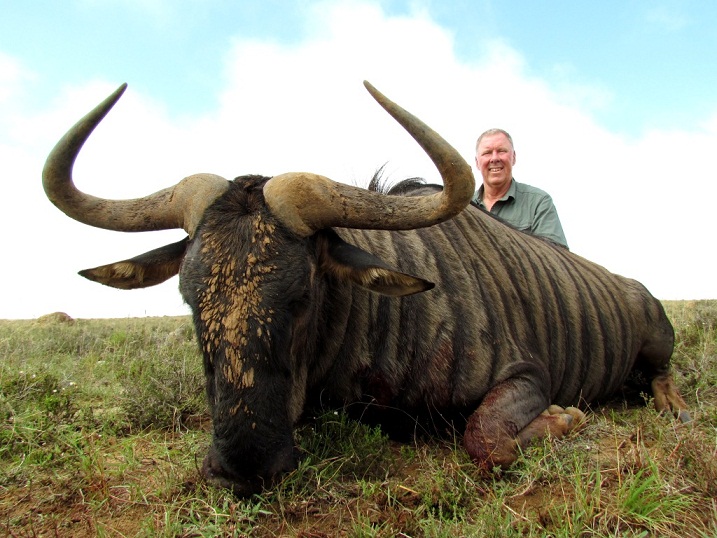 Day 8 saw the hunters heading back south to base camp. On the way south they had stopped off to hunt Warthog along the way. After successfully having bagged a Warthog they decided to take a drive looking over hundreds of Wildebeest. They spotted a super bull, but once again got caught with bad shooting light. They returned the next day and hunted an unbelievable Blue Wildebeest. 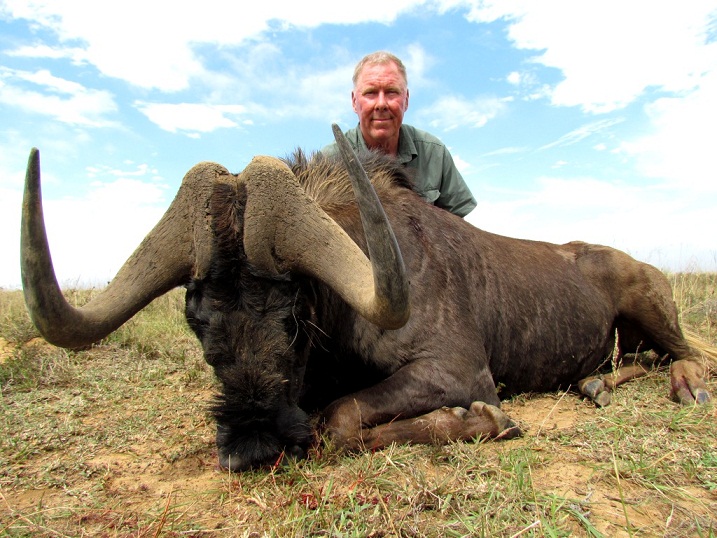 Norm then topped off their hunt with a quality Black Wildebeest to match the rest of their trophies on their first hunt to John x Safaris.The remainder of their time was spent enjoying game drives on the reserve and visiting some of the local sites in the adjacent area to camp.

The remainder of their time was spent enjoying game drives on the reserve and visiting some of the local sites in the adjacent area to camp. 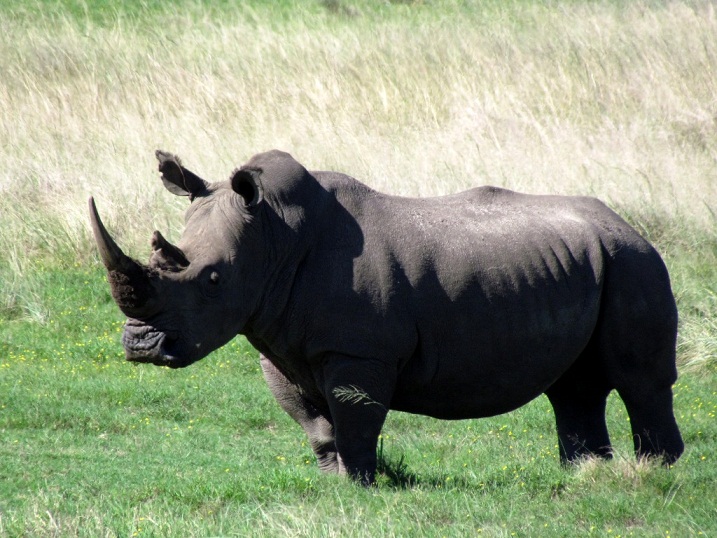 They spotted some of the Big 5. 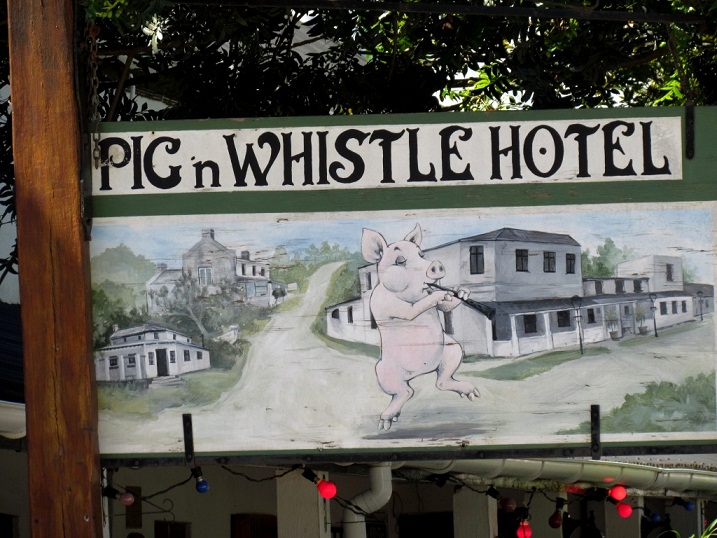 And visited one of the oldest pubs in South Africa!

Norm and Karen, it was a pleasure having you join us on your first hunt to Africa. We look forward to having you back and hunting our beautiful country in the not too distant future.