A Secret Worth Keeping….

“Can you keep a secret?”- Roger started. “My wife Peggy and I will be celebrating our 40th wedding anniversary on June 26, 2011. She doesn’t know I’m planning anything so keep it quiet.”
That’s all we were told. Roger Christianson had been stopping by the John X Safaris booth since 2007 when we had first met at SCI’s Nebraska Chapter Convention in Omaha. A few days later the mails started flowing in.
Roger, together with his wife Peggy, son Robert and daughter in law, Shandra, were planning on joining us in the East Cape for a 7 Day safari during June 2011. They had done extensive research on what was on offer, combined with endless excitement and enthusiasm, it certainly added up for a great trip with fun-loving folks. 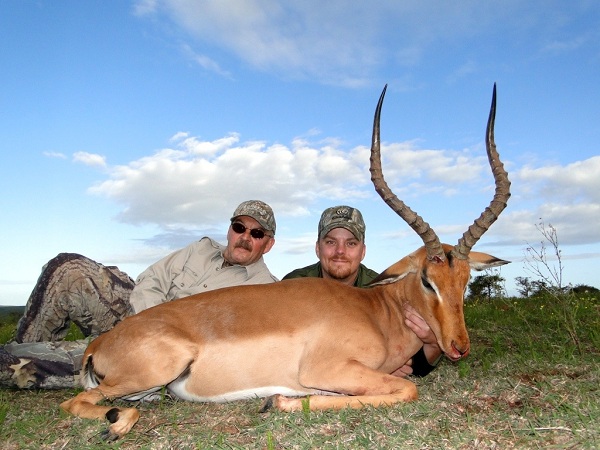 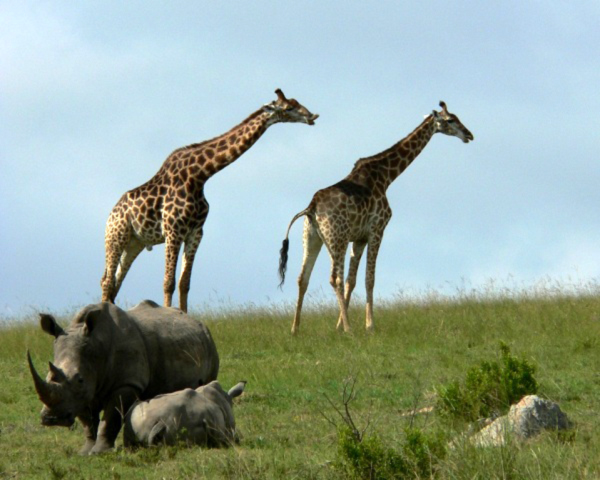 Kelly kept the ladies busy with some breath-taking wildlife….

While planning their safari, it was decided that the ladies would join our good friends from Free Walker Adventure Tours, for a trip down the Garden Route while the men were up in the Karoo. 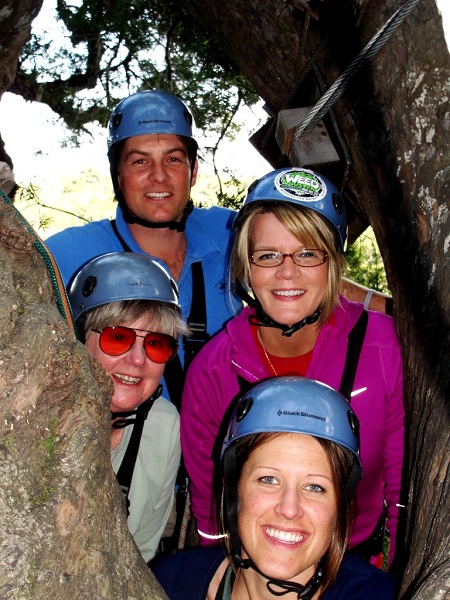 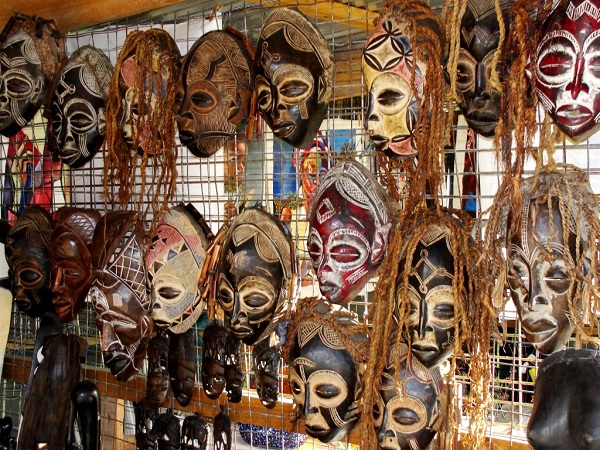 Then it was time for some shopping… 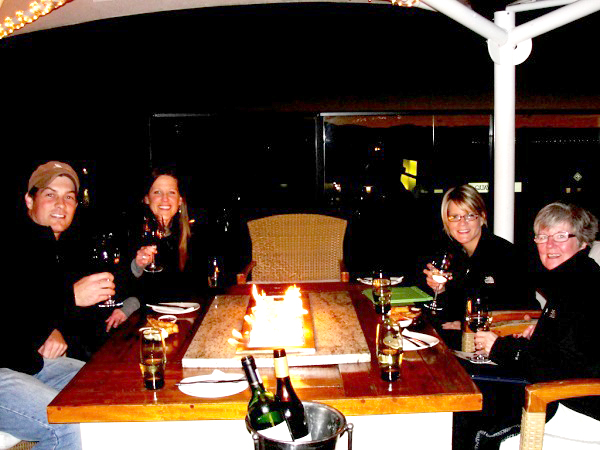 A relaxed dinner in a beautiful setting… 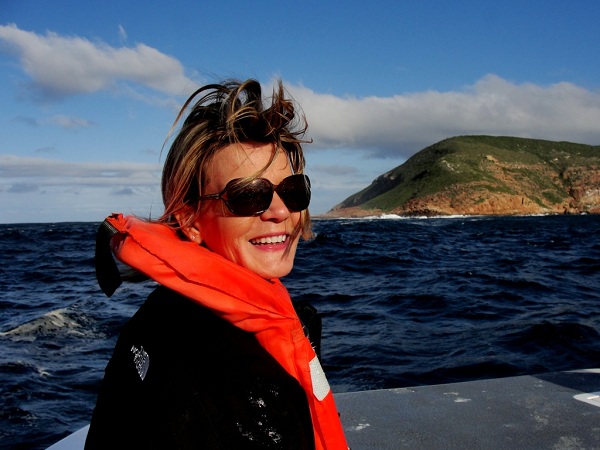 Rising bright and early to enjoy one of the world’s largest mammals, the Southern Right Whale. 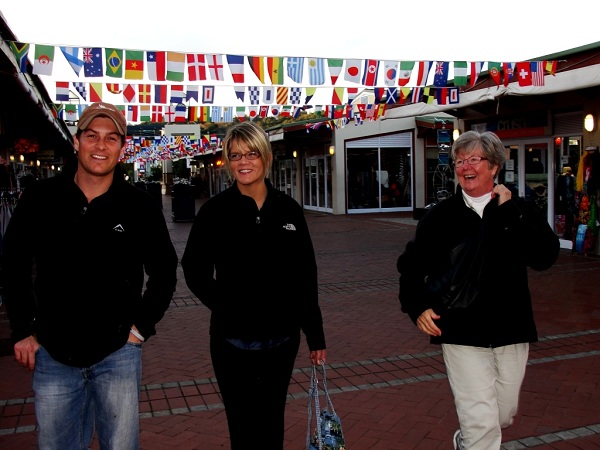 And then some more shopping…. 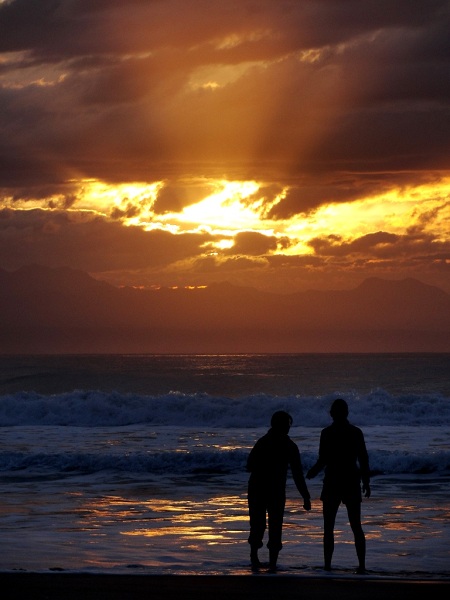 Finally topping it off with a sunset stroll along the Indian Ocean. 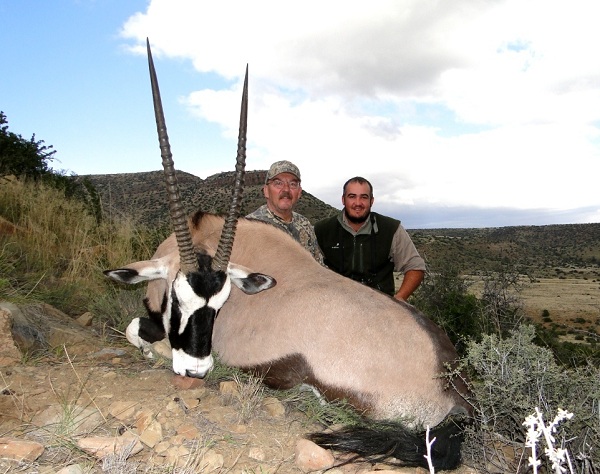 On the other side of the mountains, the guys were enjoying every minute of their safari, taking in the very best that the Karoo had to offer. 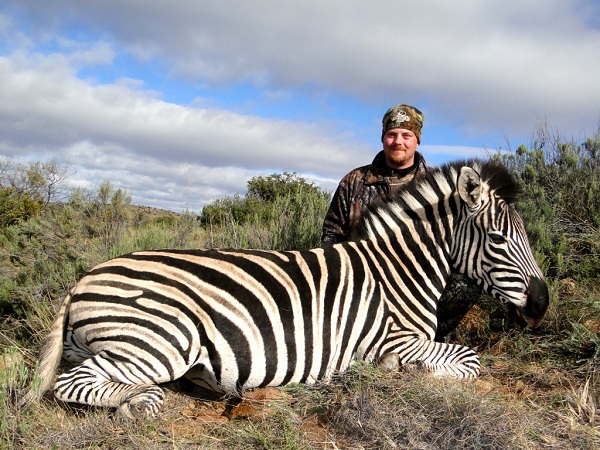 Having watched the old man get the job done, Robert wasted no time in bagging this fine Burchell’s Zebra.

Before the hunters knew it, it was time to head back south. The ladies would be arriving back from their trip with Free Walker, and there was still so much to experience as a family. 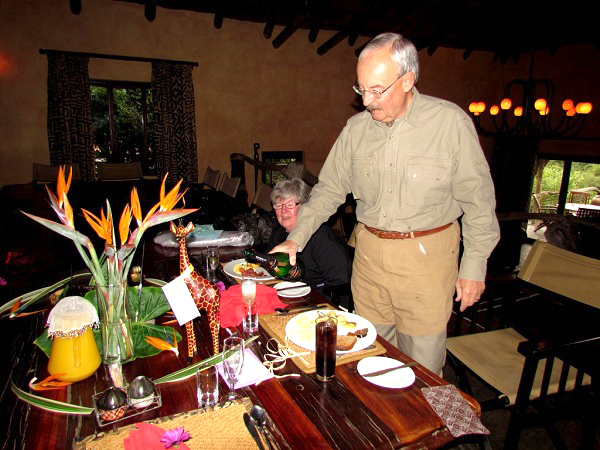 Peggy rose to a champagne breakfast on that last morning, none the wiser that her husband Roger had arranged everything down to the last detail. The carved Giraffe – the champagne – the flowers – and ultimately, their anniversary African Safari. 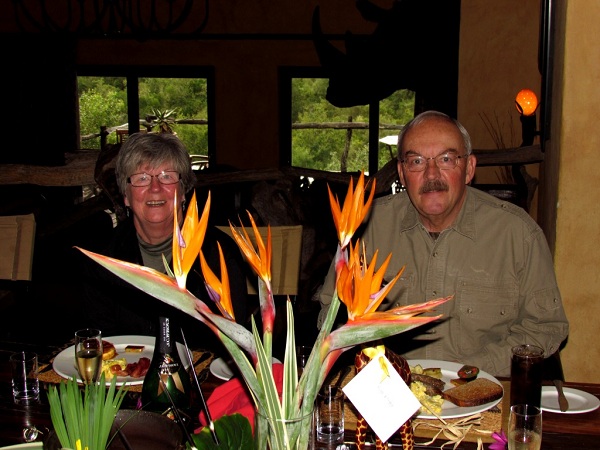 After the Christianson’s hunt we received some fantastic feedback from Shandra on behalf of the family….
Carl & The John X Team – I wanted to take the opportunity to express my sincere gratitude for hands down the best vacation I’ve ever had.  I imagine it goes without saying that you have the most exceptional group of people working with you and if it wasn’t for them I don’t think the experience would have been the same.  There was never a moment when I didn’t feel completely spoiled and taken care of.  Being a busy working mother of a 2-year-old who is always consumed doing one task after another this all means more than you will ever know.
Our game drives guided by Kelly were amazing.  She is not only incredibly sweet and kind-hearted to begin with, but she seemed to know everything there is to know about every animal or plant we came into contact with.  She has an incredible knack for tracking even the hardest animals and we had the most amazing experience encountering a female cheetah with her young.  It was so amazing to be that close to them in their natural habitat.
Juan was an outstanding Professional Hunter. The thing we personally enjoyed the most about him was his light-hearted and funny personality.  It’s nice to be around a person who isn’t so buttoned up all the time and can let loose and have a good time even while doing his job. He gave me great insight to the culture in SA which as an American is so very different but fascinating.
I know there are so many of the lodge staff that we never encountered besides Monde, so I will praise him and all the people who made our stay so memorable.  Everyone there quickly caught on to how much water I drink and every time I would leave my room and come back there would be at least 4 new bottles of water.  This was a huge deal in my book as it takes very good observation to catch on to something like this.  This is just an example, but of course the accommodations were top of the line and the food was so delicious!  The only thing I would have changed would be the lion coming into camp on our last night!  That is one sound I will never forget!  The good news is I now have my own little embellished story that I’ve been telling to all my friends.
Lastly, thanks for putting us into contact with Jordie and Murray for our Garden Route tour.  I don’t even know if words can describe how special they made this experience.  First off, we were both a little nervous going off in a foreign country without the men, but the whole time we were with them I never felt unsafe!  We had so many amazing experiences that are too plentiful to list, but they captured every single special moment on camera for us.  We didn’t even have to stop and think about taking a
photograph.  We now have some amazing pictures that we will treasure for the rest of our lives.  What they are doing with Freewalker is so commendable.
Please feel free to use us as a reference for future hunters.
Take care and hope to see you all again soon!
The Christianson’s
For more information and current updates about John X Safaris; follow us on Twitter, connect with us on Facebook and visit our website!