Mombasa, the gateway to Kenya. In early years Mombasa was used as the main port of entry for adventurers and hunters. Ships would dock at Mombasa and travelers would travel to Nairobi where months and months of safaris would start from. 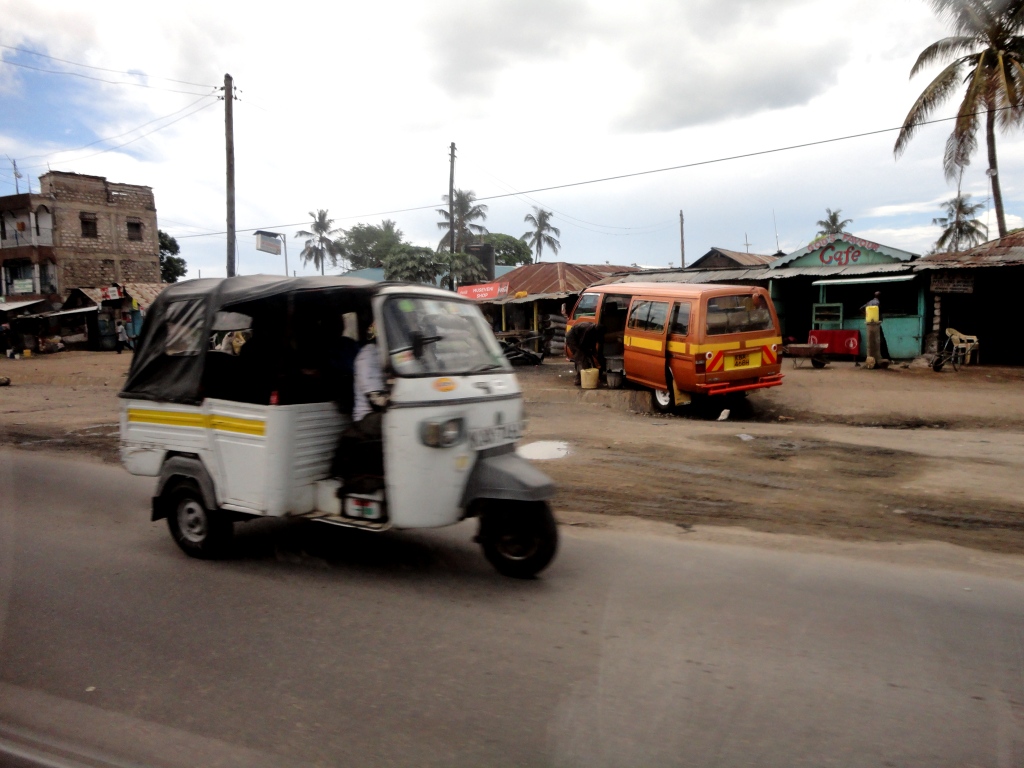 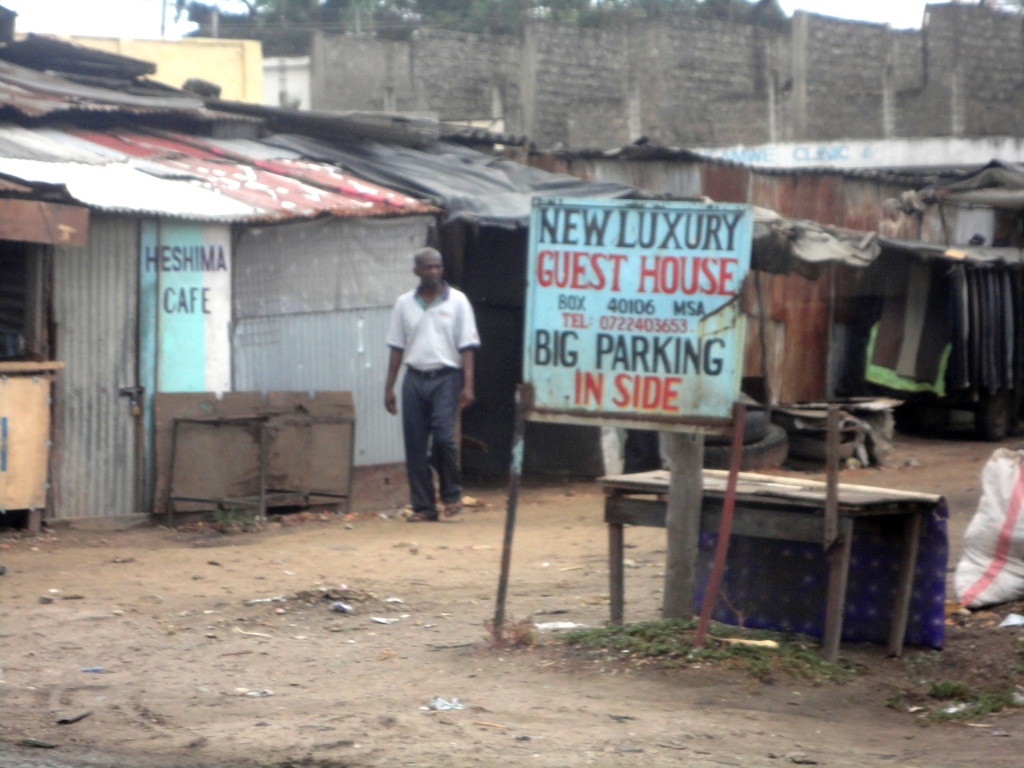 The “latest” development in Mombasa.

Hunting Kenya in the pioneering days for long was recognised as the greatest adventure any hunter could embark on. Very few knew that the likes of Ernest Hemingway, President Roosevelt and the famous writer, Robert Ruak, had discovered one of the greatest sports fishing destinations in the world.

Not all in Mombasa is raw suburban Africa, there are fantastic developments along the water.

Traveling north from Mombasa, the small coastal town of Melindie can be found. A mere 15 kilometers from Melindie the town of Watamu is situated, where today the famous Hemingway’s Hotel stands, named after the great writer himself. 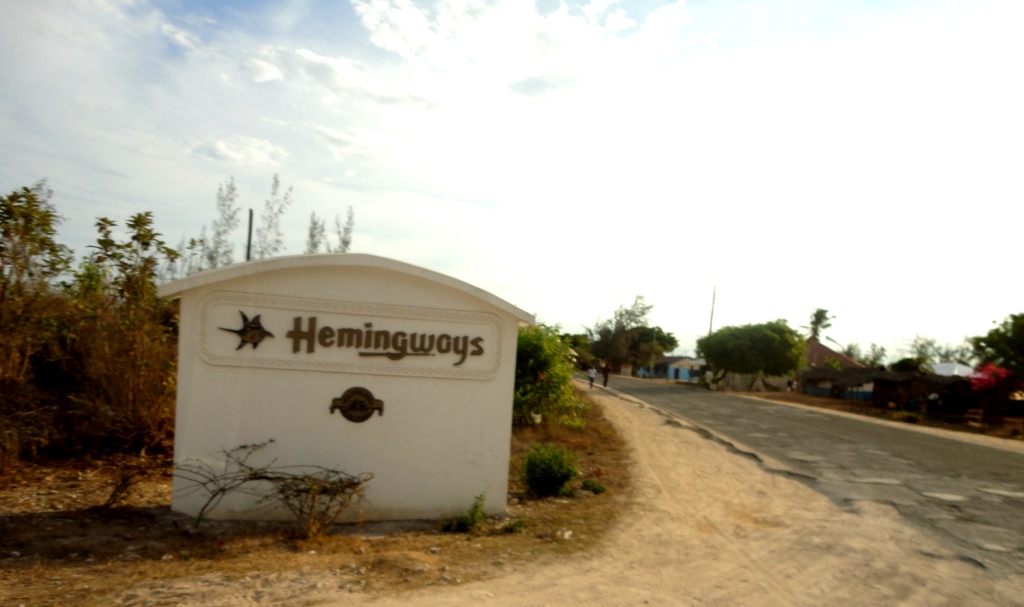 Hemingway’s – named after the famous writer.

Rick and three friends traveled to Kenya in search of  adventure and fishing from yesteryear. They based themselves at Ocean Sports Hotel, neighbouring Hemingways hotel. Six days were spent on the ocean fishing for Black, Blue, and Striped Marlin. Sailfish, Wahoo, Giant Travelly, Amber Jack, Barracuda, Yellow Fin Tuna and Bonita were also targeted. 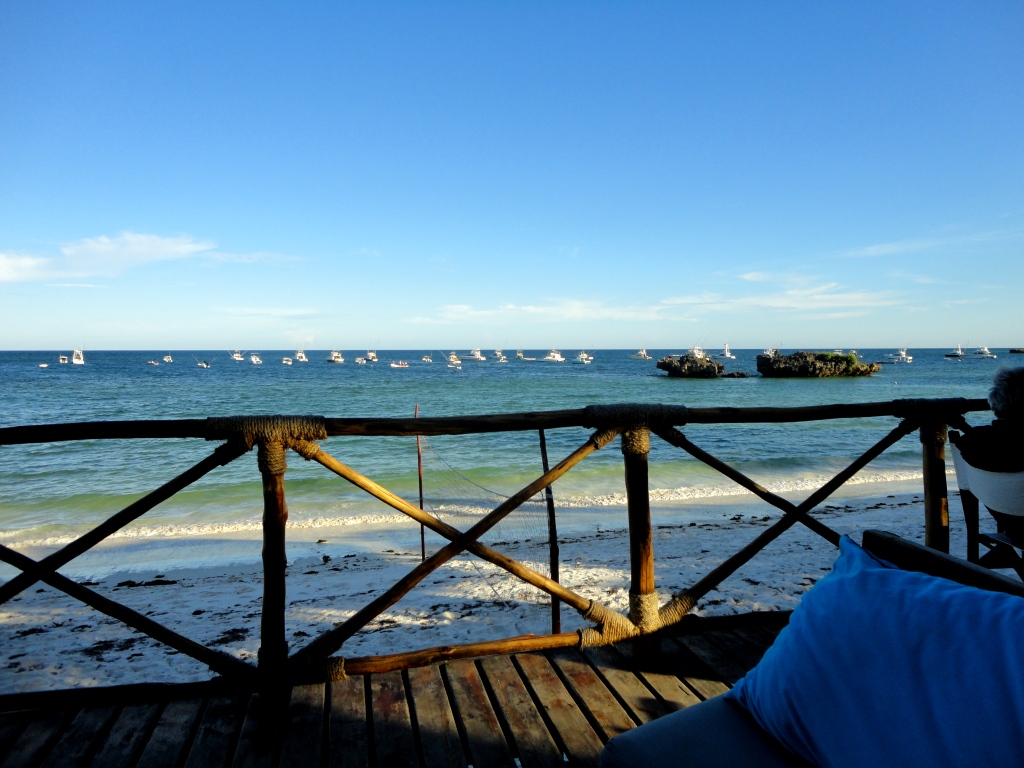 A selection of species were caught, with the highlight of Ricks trip being a hit from a Black Marlin that cleaned his entire reels spool off in 3 minutes flat. No matter what he did with the drag, the fish never seemed to change its momentum of its run. 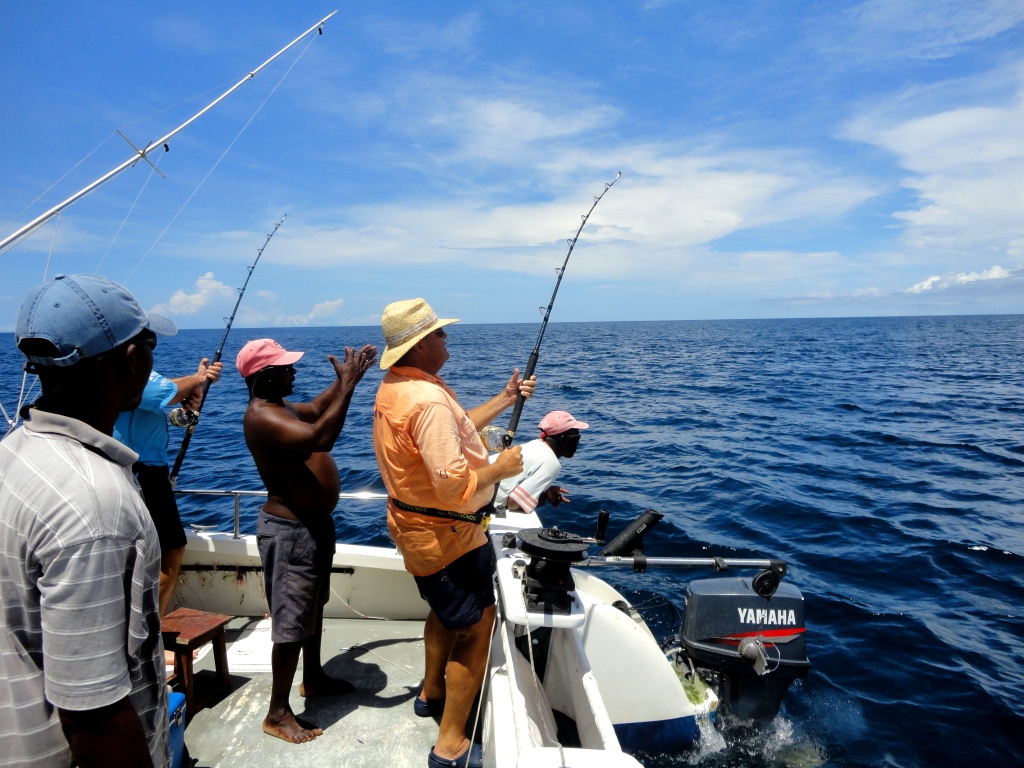 2 Sailfish on at the same time! The guys loving it! 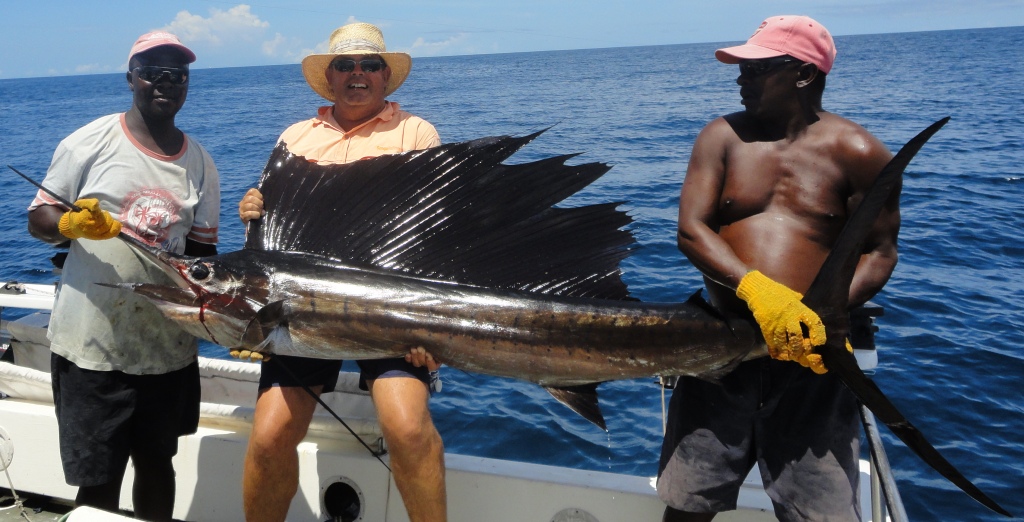 Rick with the first of the Sail Fish landed. 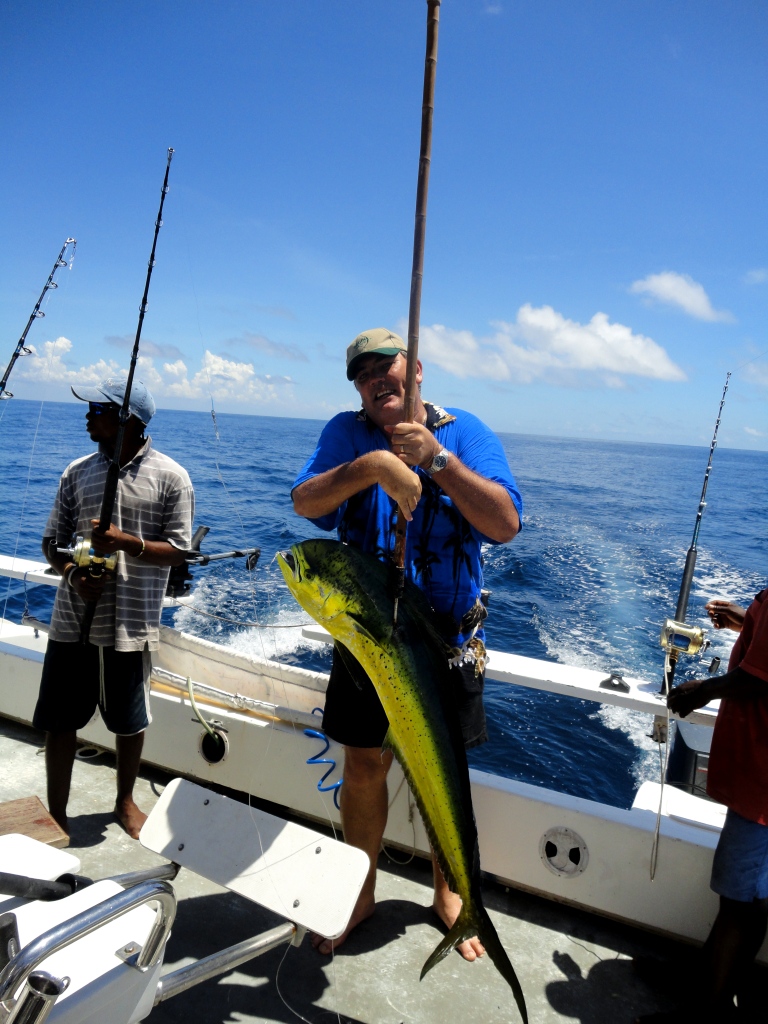 On their return this week, Rick rated the fishing as the best he had ever experienced in a week. Six days were spent on the ocean without any interference by weather or rough seas. Fish were plenty full and every fisherman landed Marlin. 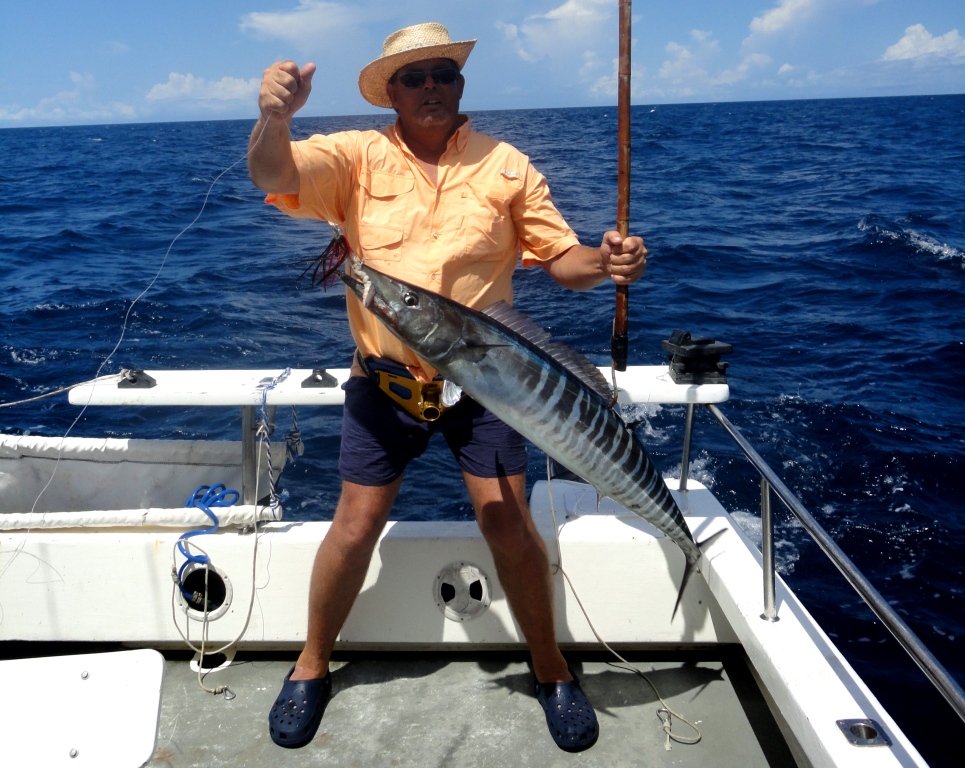 Rick with a quick landed Wahoo. 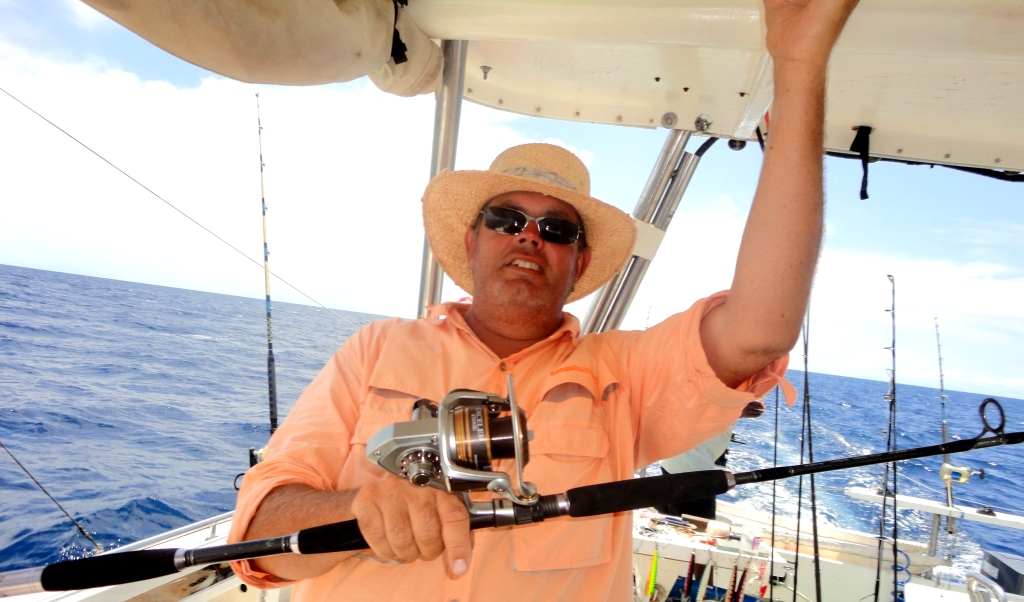 Rick with his clean spool after a Black Marlin stripped it in 3 minutes flat.

Anyone who may be interested in a fishing trip to Kenya, to game fish Africa, let us know. We are investigating the opportunities of adding a trip like this onto the end of our safaris if there were to be serious interest. 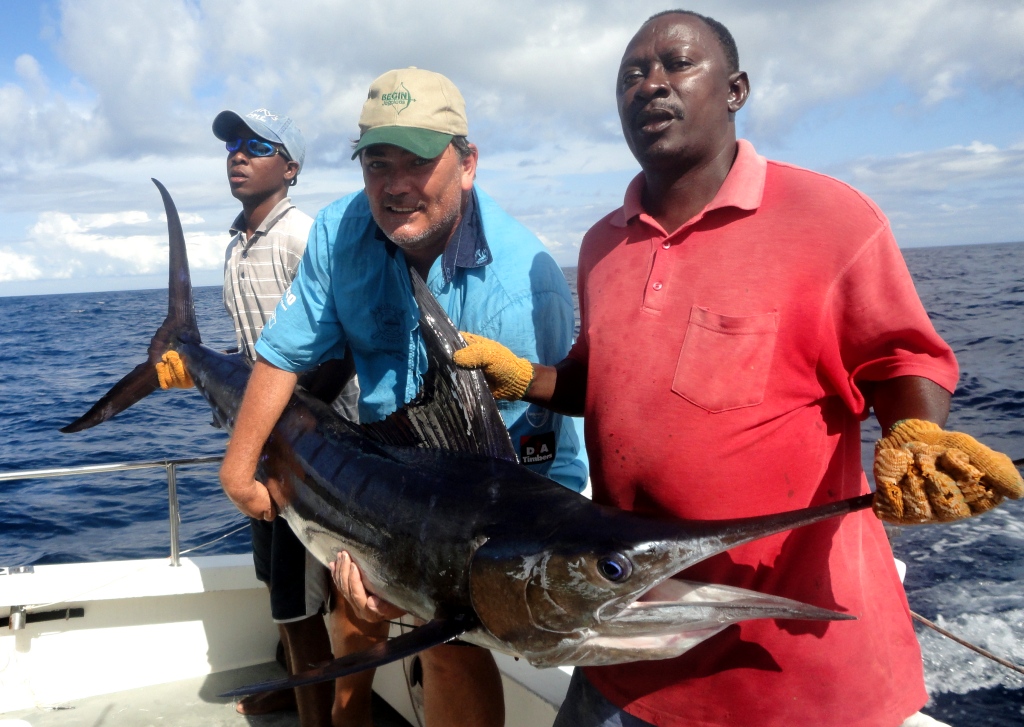 A beauty of a Striped Marlin!

Hunting starts on Monday and we’re raring to go, we look forward to sharing our hunts, travels and trophies from the new season.