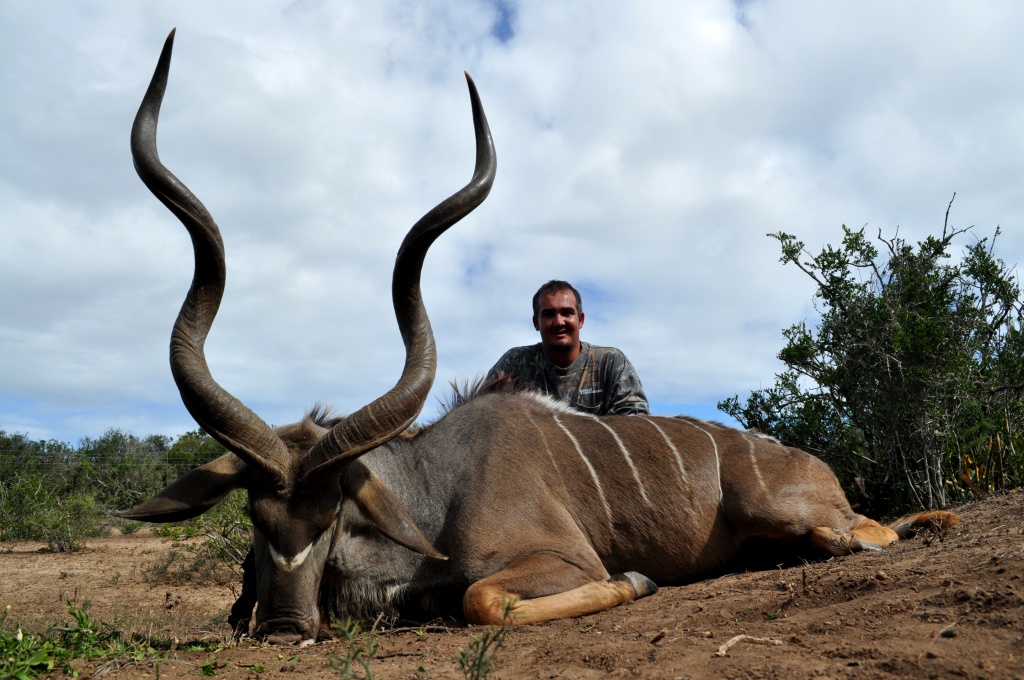 In camp at present we have Vance and Maureen Hrechkosy from Canada, Bertil Friman from Sweden and the Petersen brothers with good friend Doug Smith from the USA. 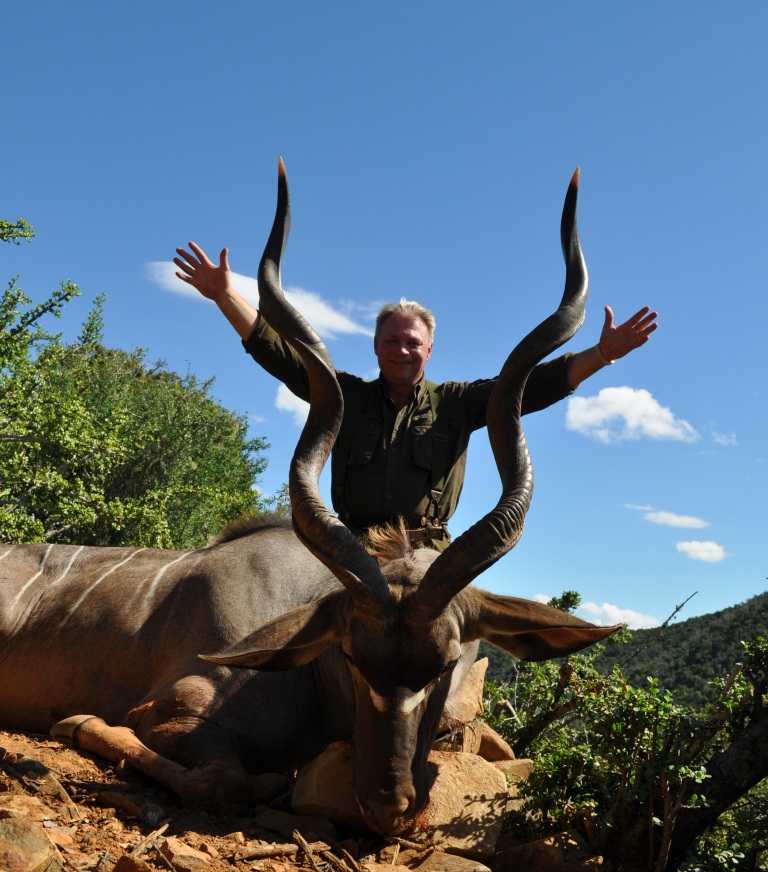 After rain initially caused a delay in hunting at the start of the safaris, good weather has returned and with it great trophies. Vance & Maureen have been hunting with Professional Hunter, Gary Phillips. Vance was very fortunate to bag a really big Warthog on the first morning of their hunt. Maureen was never going to be left behind, and that very afternoon successfully hunted a Burchell’s Zebra. Not a bad first day in Africa! 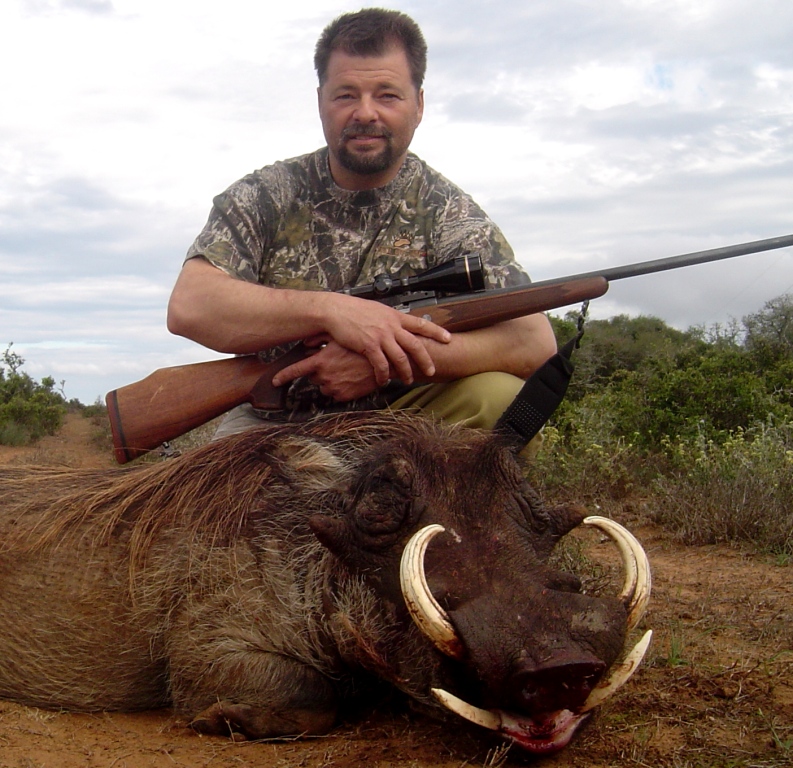 Bertil Friman, hunting with Professional Hunter Juan McDonald, joined the party as they traveled north. Bertil had his fair share of luck to and took a magnificent East Cape Kudu and Zebra on his first day. 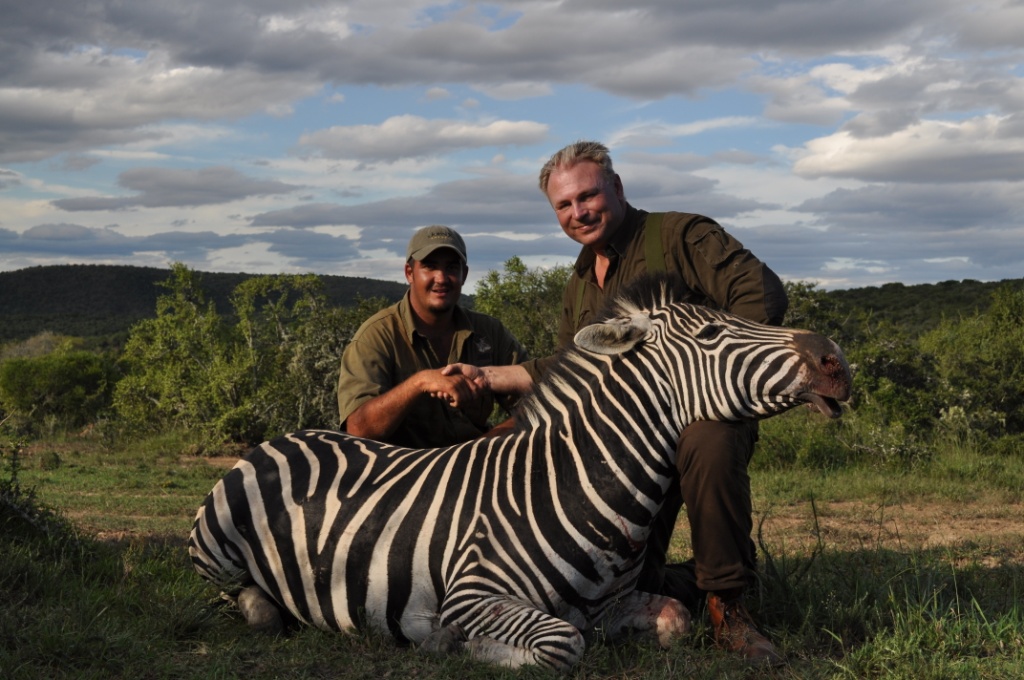 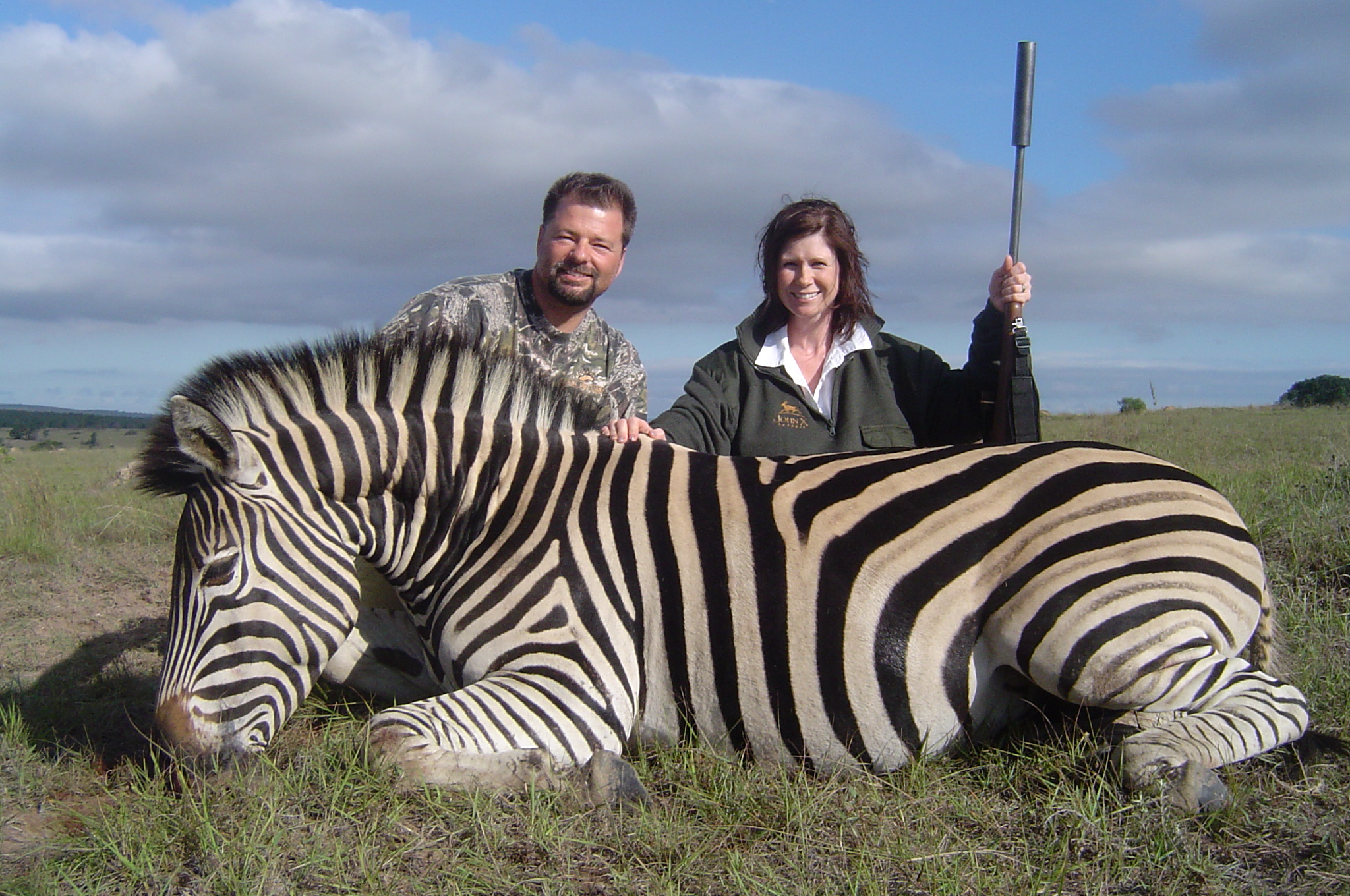 Hunting from our Eastern Mountainous area, both parties were successful in harvesting Gemsbuck, Common Springbuck, Mountain Reedbuck and Blesbuck. The biggest highlight of the trip north would be none other than Vance taking our first 50”+ East Cape Kudu of the season. A magnificent bull of 53”. 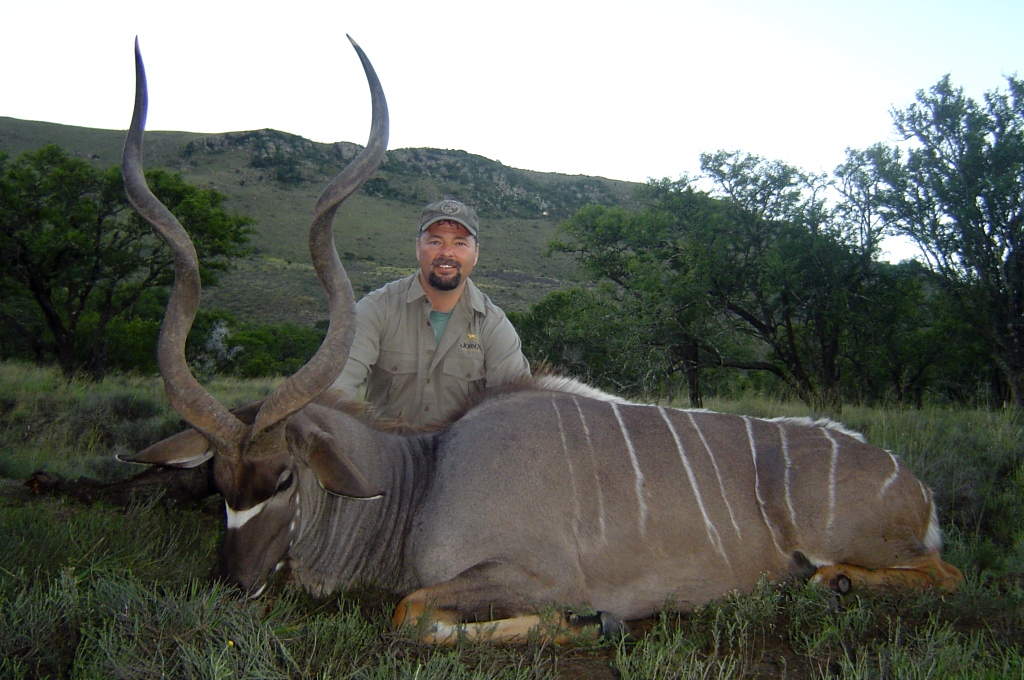 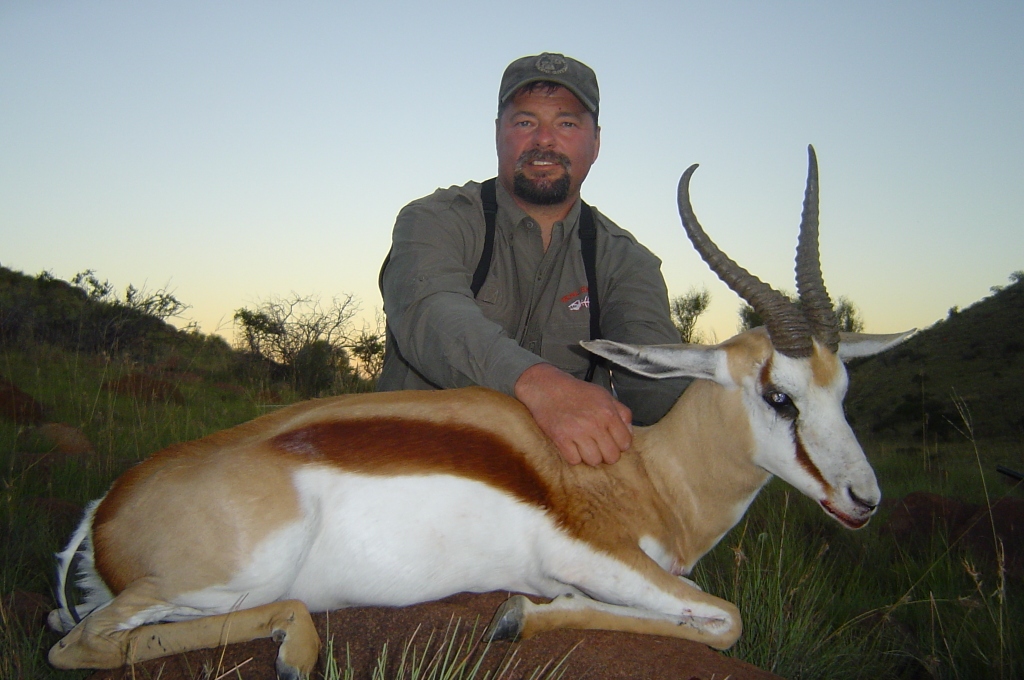 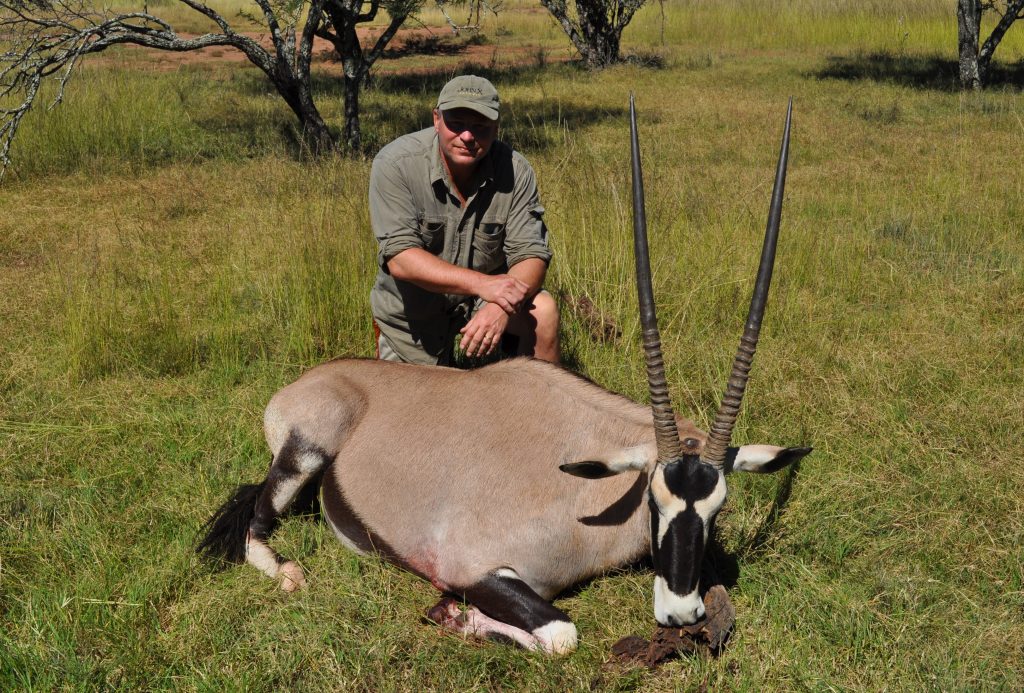 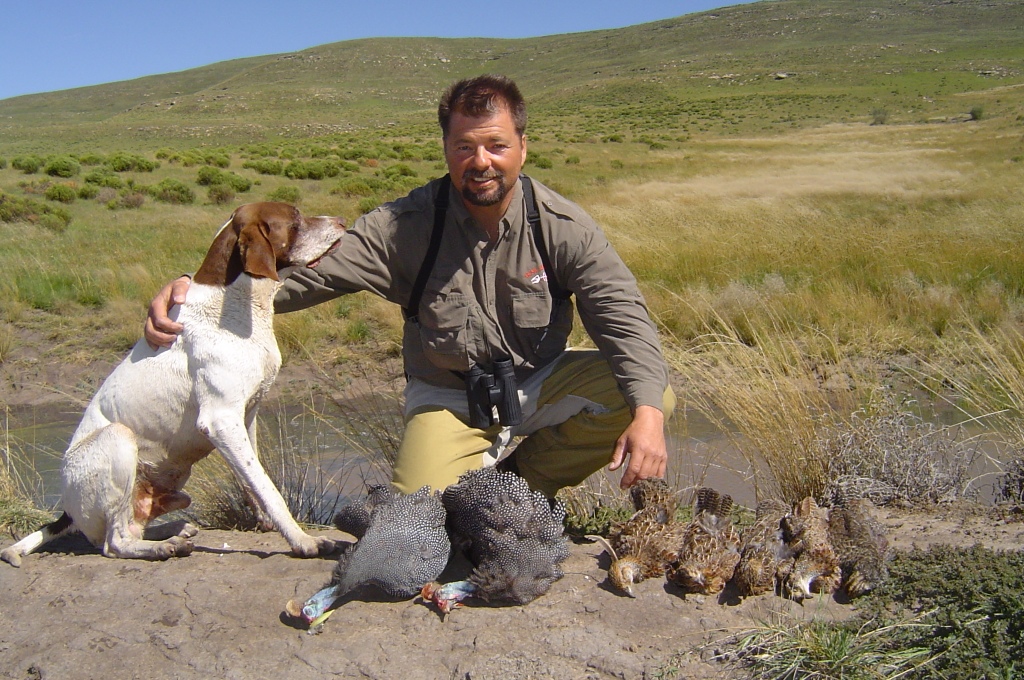 Professional Hunter, Carl van Zijl, guiding Chris Petersen, travelled into a new and remote region in our Northern Area to hunt free range Cape Eland. It turned out to be a worthwhile adventure and enjoyed by all. Chris’s brother, Gene, and friend, Doug Smith, joined us on the hunt as observers. Hunting was tough in very windy conditions. Between too much great food, fine South African wine and first class accommodations, we managed to harvest an Eland Bull of a lifetime. Chris did exceptionally well to make the initial stalk and shot, and then keep up with the Jack Russel dogs down a steep ravine to where the eland finally dropped. Every ounce of sweat was worth it, it’s not everyday that one gets an opportunity at a 13 years+ Cape Eland Bull. 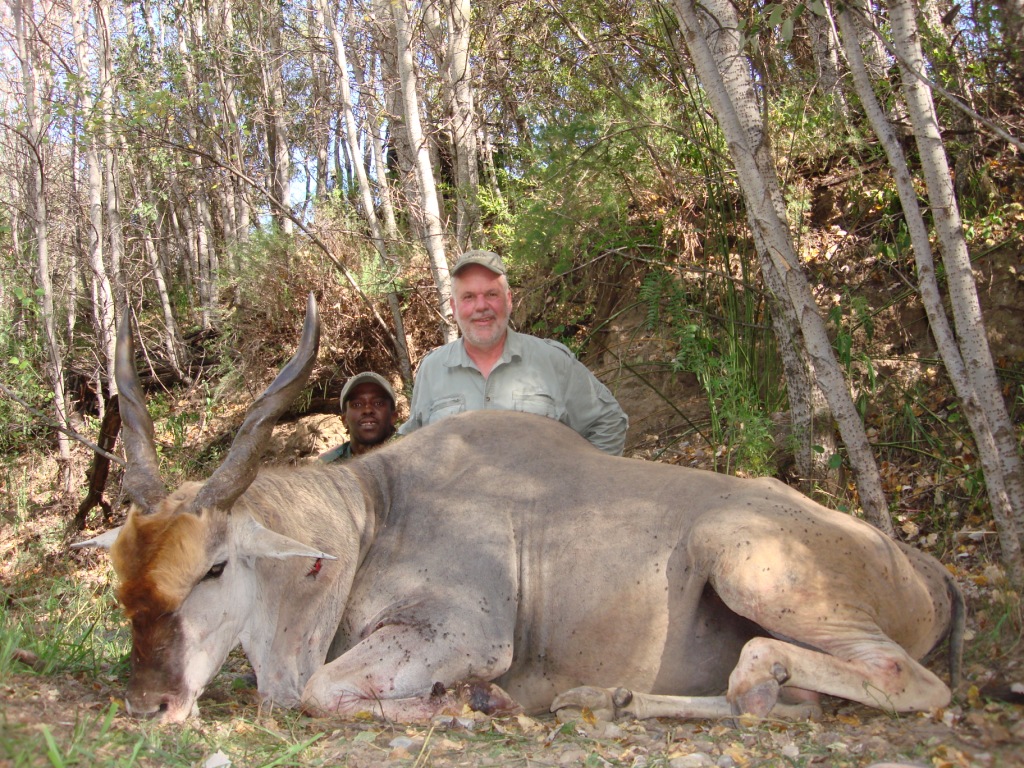 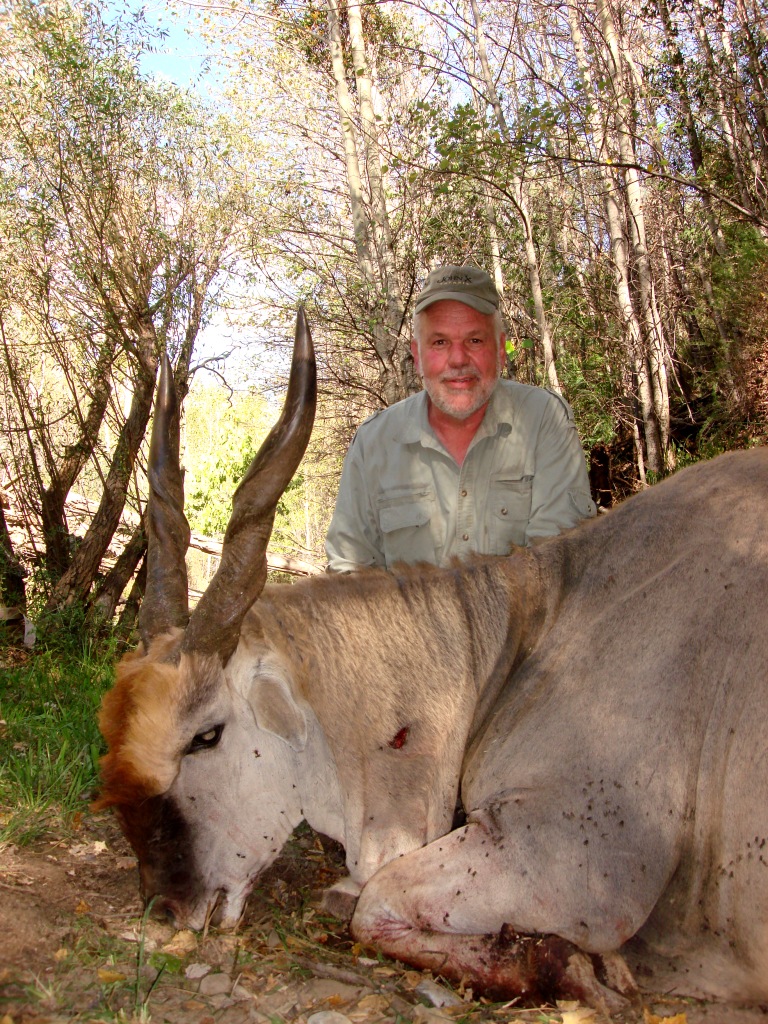 All hunting parties have returned back to base camp in our Coastal area to finish off the last few days of hunting. 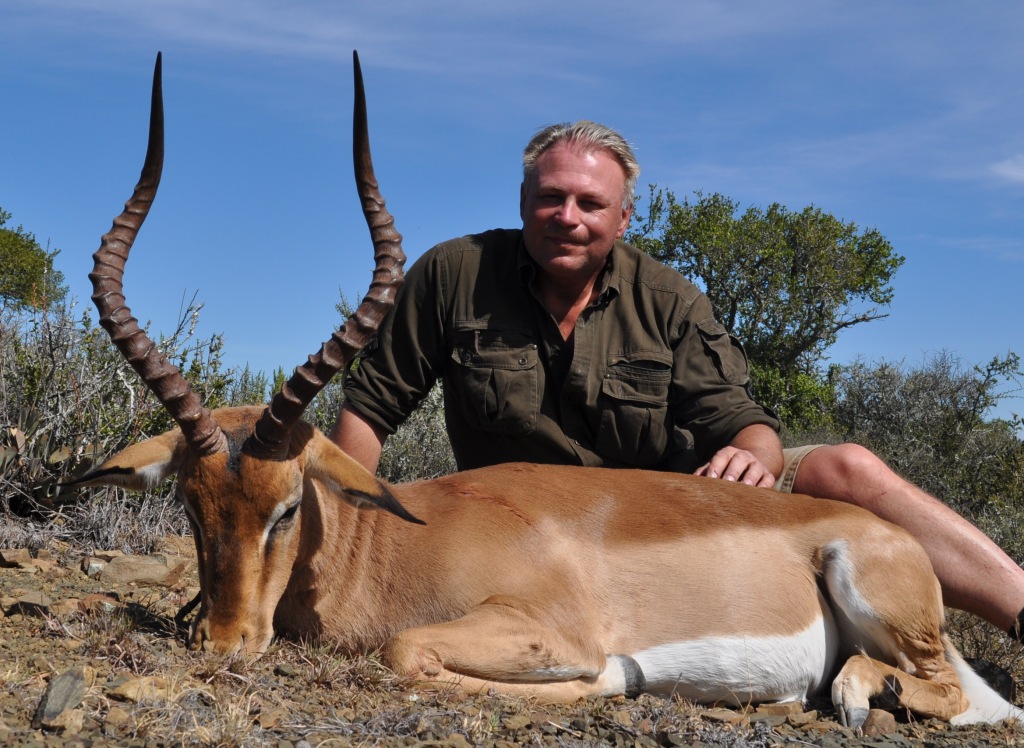 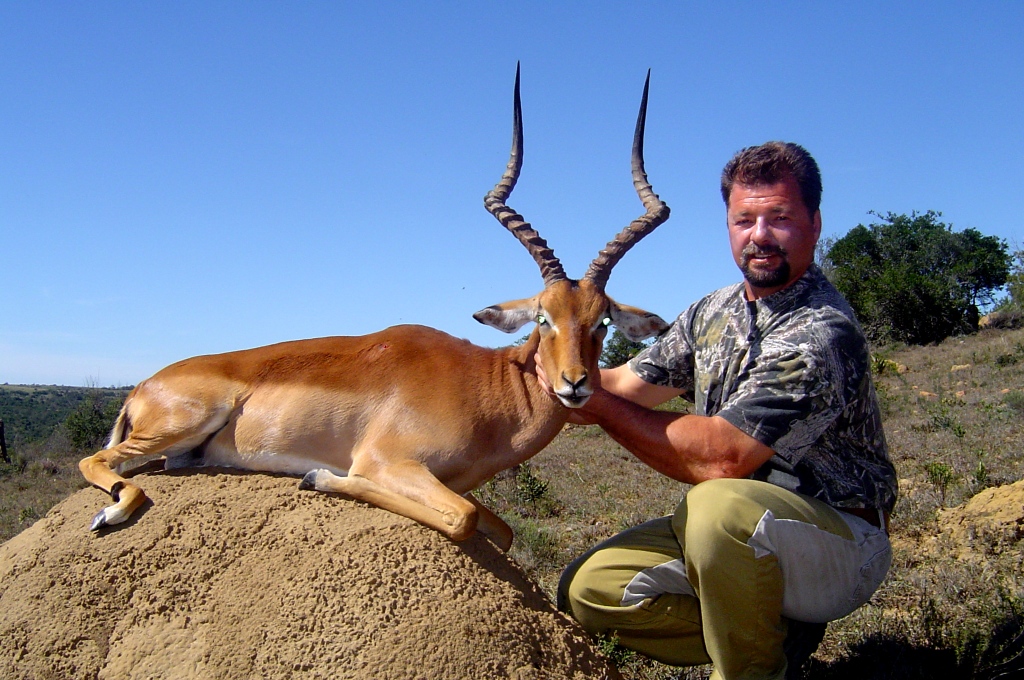 The Petersen brothers and Doug Smith have still got a week to collect more photos on the reserve and continue on their humanitarian quest in giving back to the local community via the Safari World Of John X Safaris.

Chris has a date with a Bushpig over bait, and the rest of the hunters are out looking for the ever elusive Cape Bushbuck. 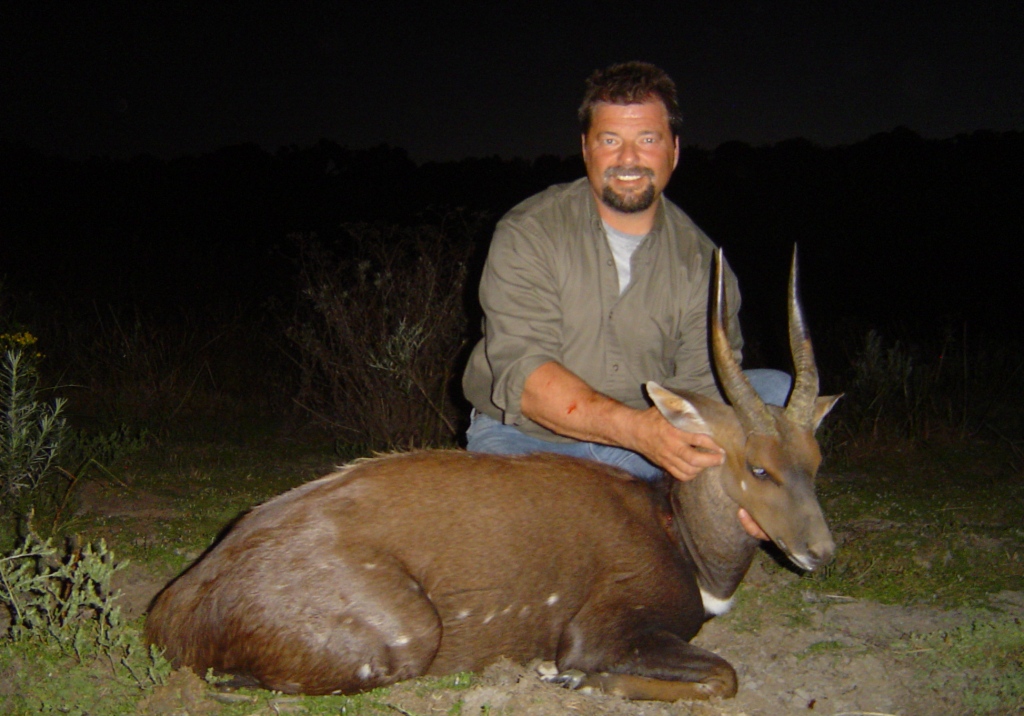 Our next hunts start this week. We’ll keep you posted on more great hunts and trophies – you let us know when you’re ready to join the adventure….
For more information and current updates about John X Safaris; follow us on Twitter, connect with us on Facebook and visit our web site!