It was good having you back…..

2011 saw Mike and Sylvia Verlander join John X Safaris in the East Cape, South Africa, once again. The Verlander’s together with family and friends first embarked on a hunt to Mozambique with Zambeze Delta Safaris before heading down south. 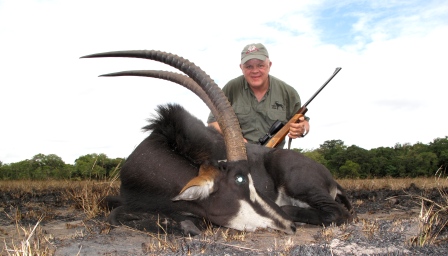 Mike could be considered a local in Mozambique with the amount of time he spends hunting in the Zambezi Delta each year. Another great Sable to add to his growing collection.

Having completed the first leg of their African trip, Mike and Sylvia said their farewells to all at Johannesburg International, and then headed for Port Elizabeth.
Professional Hunter, Carl van Zijl, would be guiding the Verlander’s on their hunt for a variety of Springbuck and a few outstanding species in Mike’s Tiny 10 collection. 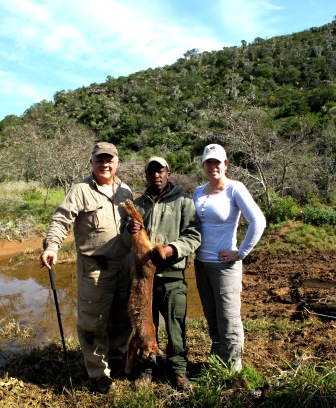 Sylvia joined us that first morning on the hunt for Caracal. Mike’s luck had provided a beast of a tom during 2010, 2011 produced a good female, giving Mike the opportunity to display both male and female cats in his trophy room.

For the remainder of the afternoon the hunters prepared for their night hunt. Mike enjoyed predator calling and we decided to invite two friends of ours who shared the same passion. Piere and Shane tried with all their might, calling to the early hours of the following morning, without any luck. The evening was a windy one and the only real comeback was a group of Spotted Hyena who let us know that their reply was a lot louder than ours. The weary Black Back Jackal never showed themselves. 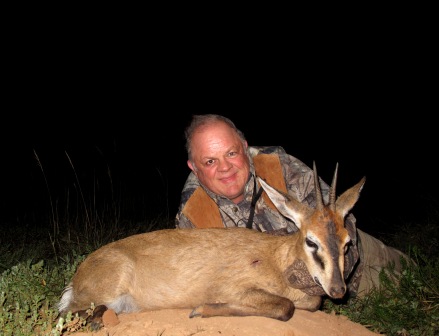 The evening was finally topped off by a monster Common Duiker, a just reward for a hard-earned night hunt. 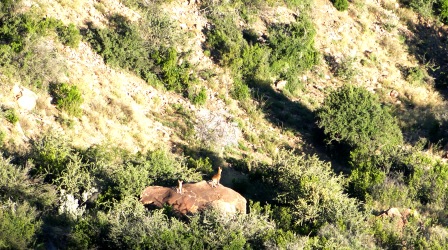 Early the following morning we headed out on the hunt for Klipspringer.

We spotted a good male early on in the day. The terrain was difficult, but we took our time and finally got into position at about 10 am. The shot was a long one, 280 yards, and the target a small one. Mike steadied himself onto the sticks and squeezed off his round. At the crack of the shot we could clearly see the familiar tuft of hair fly from the Klipspringer. He dropped out of sight over a small ledge, he was hit.
For the remainder of the day we searched high and low, finding the occasional drop of blood. The Jack Russel terriers gave it all they had, but the setting sun finally forced us away from the valley, the loss of Mike’s Klipspringer was a reality. To say the least, we felt gutted.
Day 3 saw us rise bright and early; we were heading into the interior for White and Copper Springbuck. 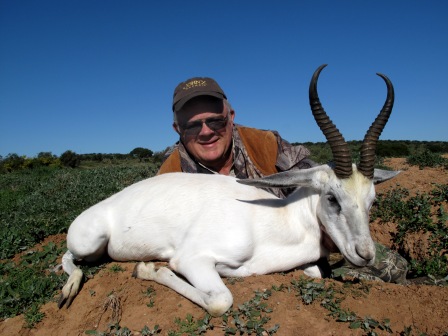 A beautiful White Springbuck was exactly what we needed to get the hunt back on track.

We dropped off Boy to skin Mike’s White Springbuck and headed out once again. The Copper Springbuck is without a doubt the rarest of the four available color variations in the Springbuck slam. This Springbuck came about naturally when Black and Common Springbuck started interbreeding in the same area. Today numbers are growing slowly, with John X Safaris enjoying sole rights to some of the best herds in South Africa. Those who’ve hunted Black Springbuck before will know that they are the most skittish of the lot. Always on the watch for danger with a certain ability to keep the distance between you and them at more than 500 yards. The Copper Springbuck it seems has inherited the same trait. 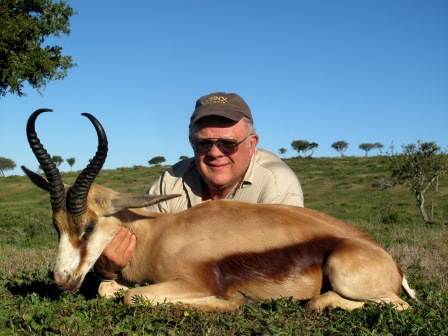 Mike worked hard and finally got his ram late that afternoon, pulling off one of the best shots of the season.

With relief we made our way back towards the skinning shed, Mike had hunted all he was after, and the following day would see Sylvia in charge. They were heading down the Garden Route to Cape Town with Freewalker Tours. As we were leaving the area we noticed a red spot in the distance. A closer inspection revealed a Steenbuck, I grabbed Mike and made a dash for it. As we neared the feeding ram I suddenly realized I hadn’t even checked if Mike had hunted a Steenbuck before. Either way, it was too late now, this was a big ram and Mike would never live it down if he passed up such a golden opportunity. 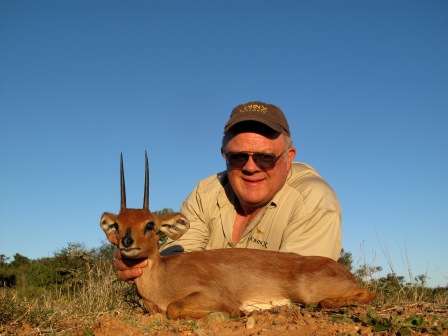 Thank goodness he never even questioned me! A magnificent Steenbuck it turned out to be.

That evening we enjoyed our last dinner together, sharing the many stories of days gone by. Sylvia had seen so much on game drive and Mike and I had enjoyed another fantastic hunt together.
Day four saw the Verlander’s touring the Garden Route with Sylvia most DEFINITLY in charge….. 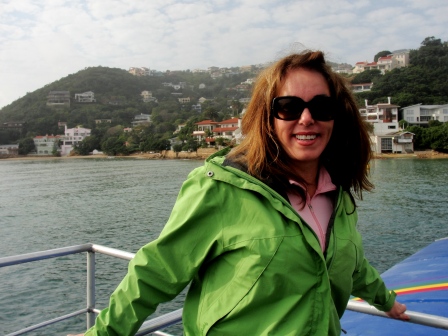 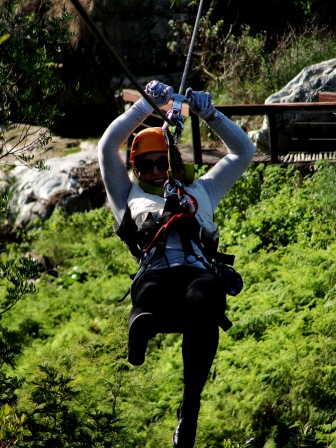 Cruising through the forest canopy in Tsikama… 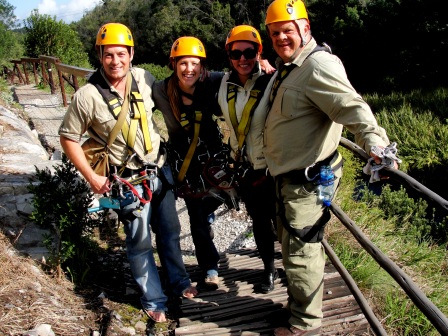 And Mike earned a T-Shirt too! 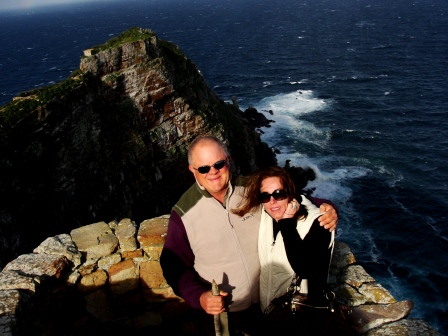 Then it was off to the Cape, Cape Point, the southernmost tip of Africa, before heading back home.

Mike and Sylvia, it was pleasure having you once again. The early mornings on the road listening to Mike share his vast knowledge and experience, coupled with Sylvia’s fun-filled personality was a certain highlight of our safari. 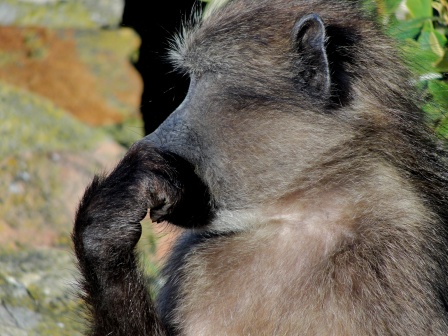 Who knows where our next adventure will lead us? Hopefully our good friend Mark Haldane will join us on another memorable trip.