Updates from the field…

This past week saw the Thorpe family join us on their first hunt to John X Safaris. Greg, Nancy, and Hunter teamed up with Professional Hunter, Gary Phillips, as they took on the Eastern Cape. Early mornings, long days, and late evenings filled with excitement would be the norm for these first timers.
Their safari didn’t kick off to the best of starts, with lost baggage all over the world, but this wasn’t going to affect their trip of a lifetime. A massive THANKYOU to Anne and her team from Air 2000 Hunters Support for going the extra mile in relocating the rifles and ensuring they got delivered safely to Port Elizabeth.
The safari started on the Coast, before the men planned on heading to our Eastern Mountainous Area. Nancy decided to stay behind and take up a safari of her own. She’s been enjoying game drives, shopping trips, and horse rides along the Indian Ocean.
Join us for a mid safari update…. 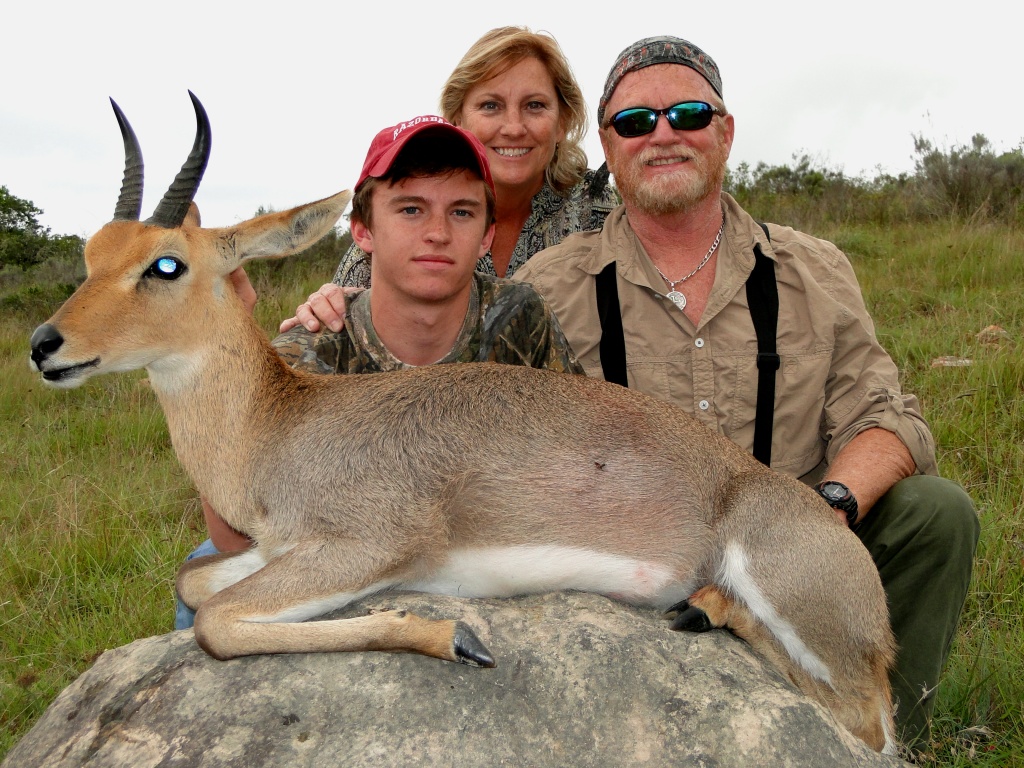 Hunter was the first to luck into a beautiful Mountain Reedbuck ram, Greg and Nancy joined him on the hunt for his very first African trophy. 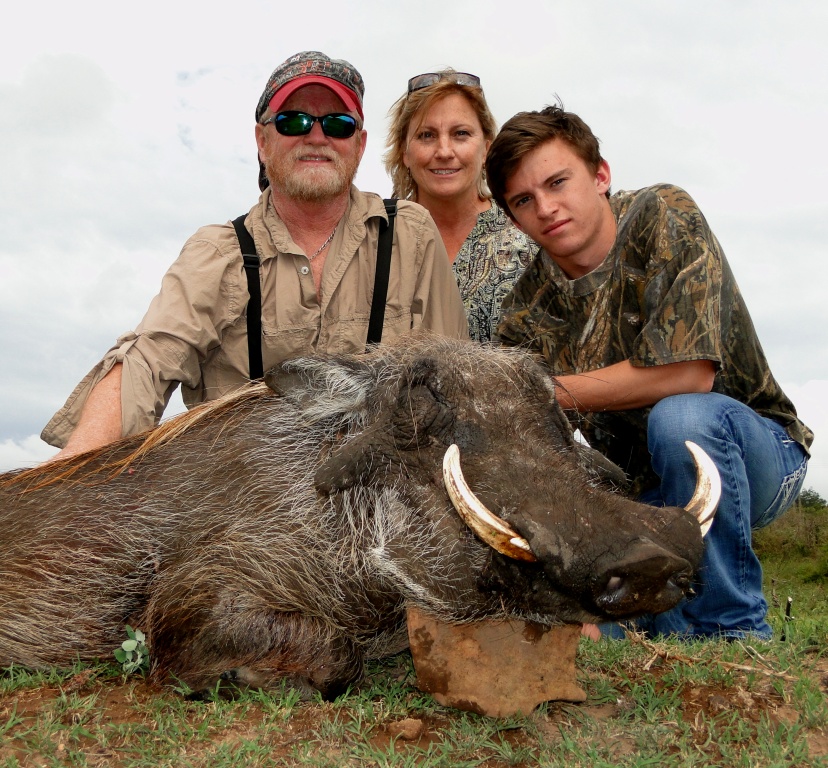 One of Greg’s priorities of his safari was to hunt all the spirals of the Eastern Cape. Day two provided just the start he was hoping for on his quest for the four. 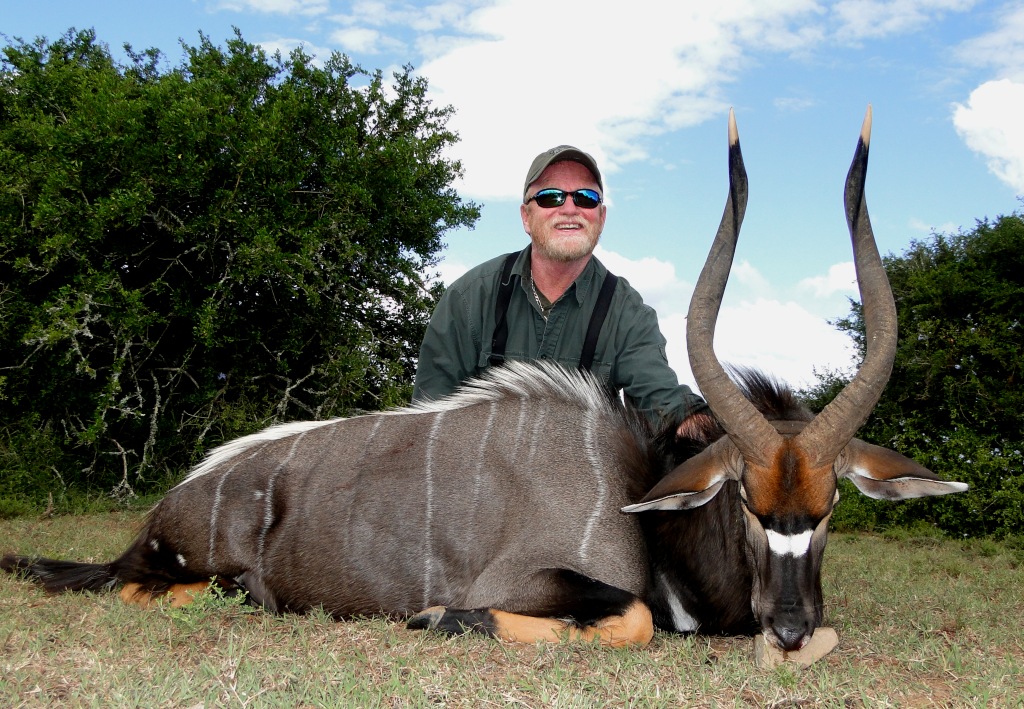 A truly elated Greg! Who wouldn’t be with such a magnificent Nyala…..

For the remainder of the day they concentrated on Cape Bushbuck, hunting along the coastal forests of the Indian Ocean. The hunters spotted Bushbuck on numerous occasions, never finding the kind of ram they were after. 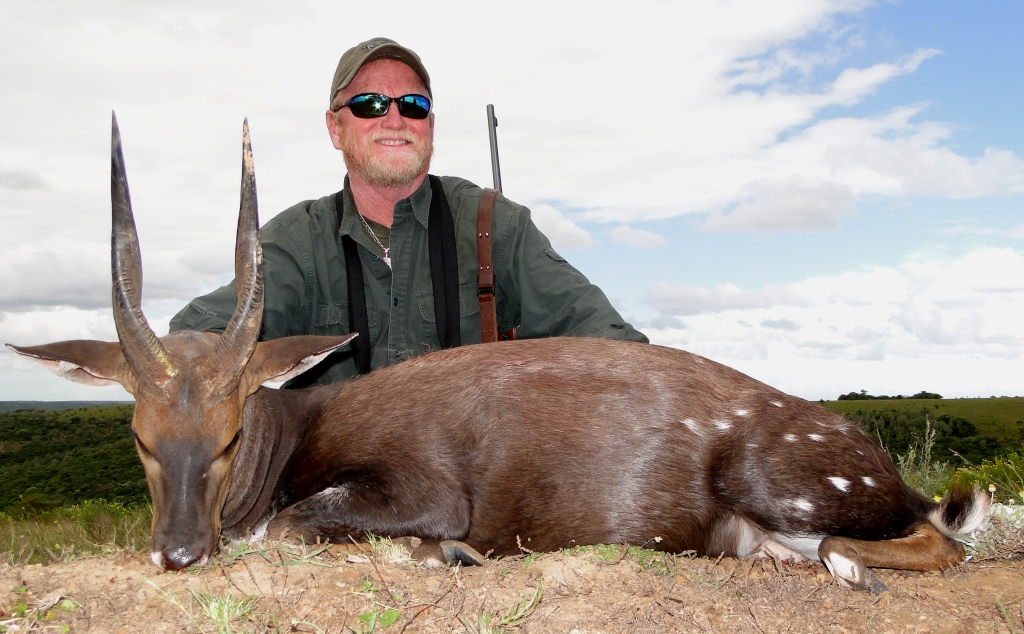 Then finally lady luck played into their hands at the most unexpected time of the day. A super ram at mid-day.

Day three saw Nancy opt for a day of relaxation around camp. Treetops lodge and the magnificent Big 5 of our Game Reserve provided a memorable day. 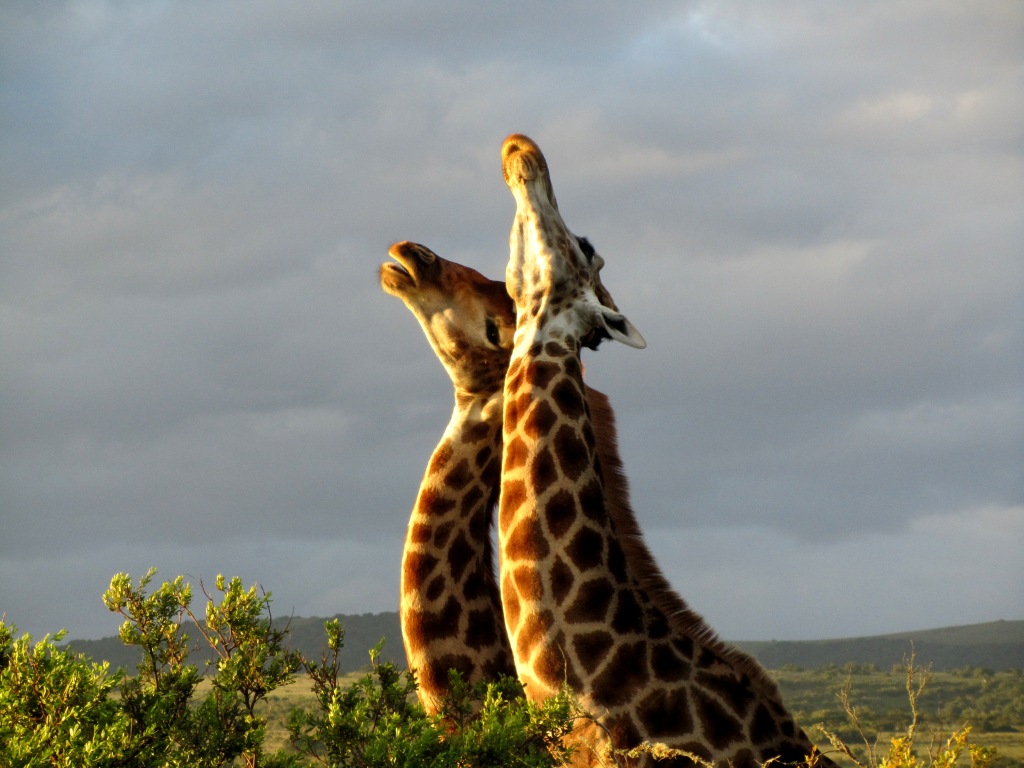 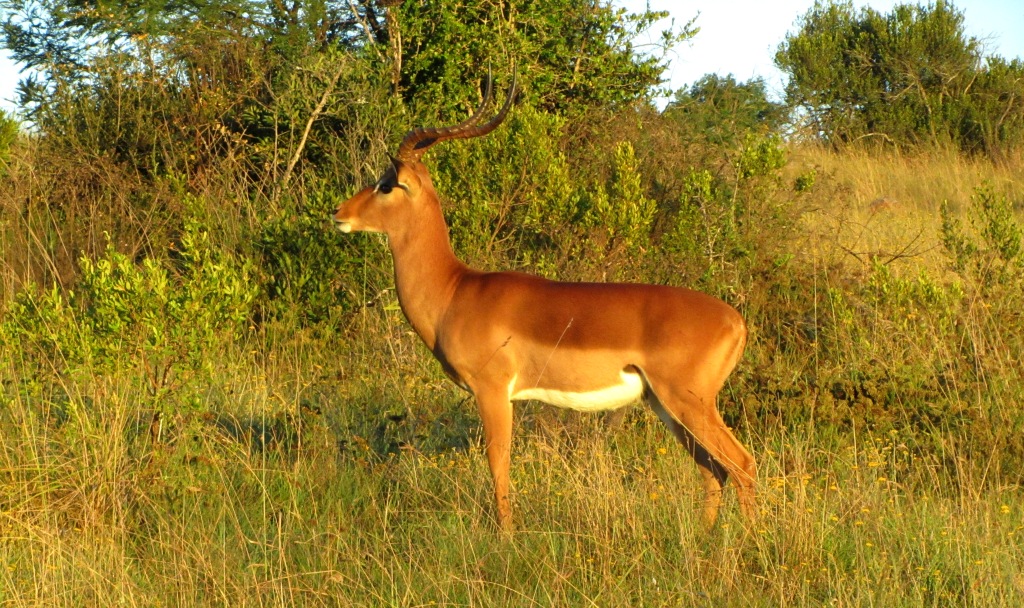 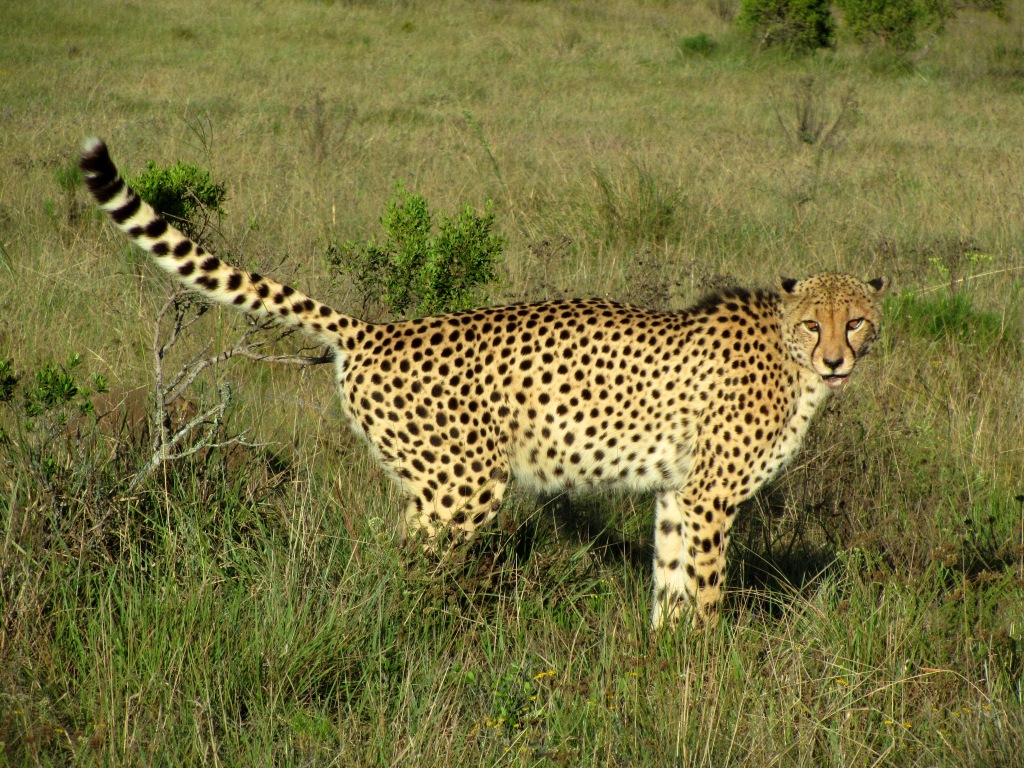 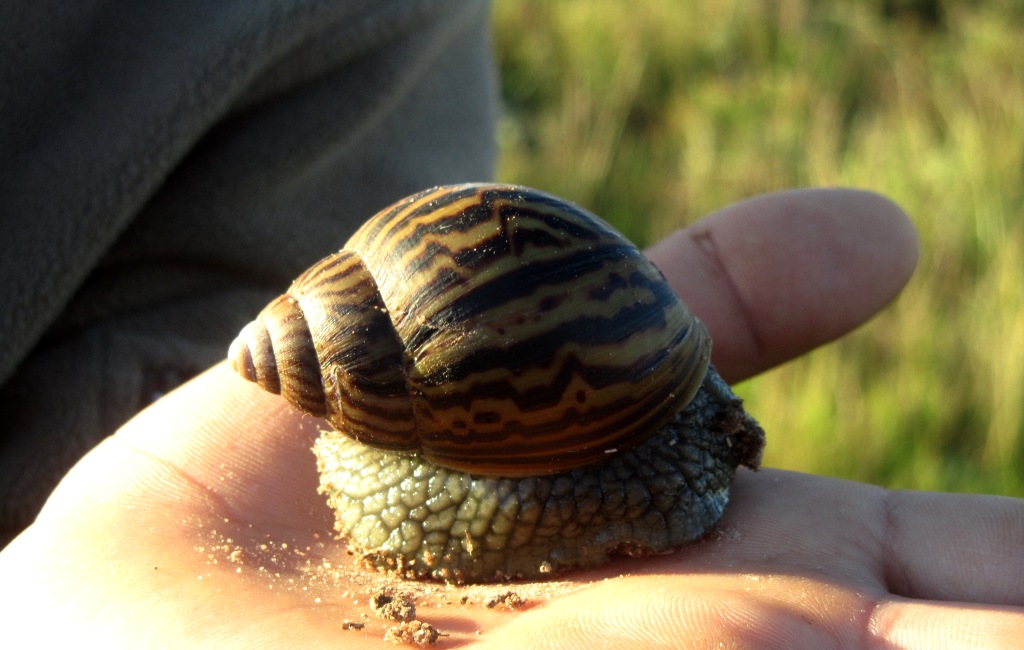 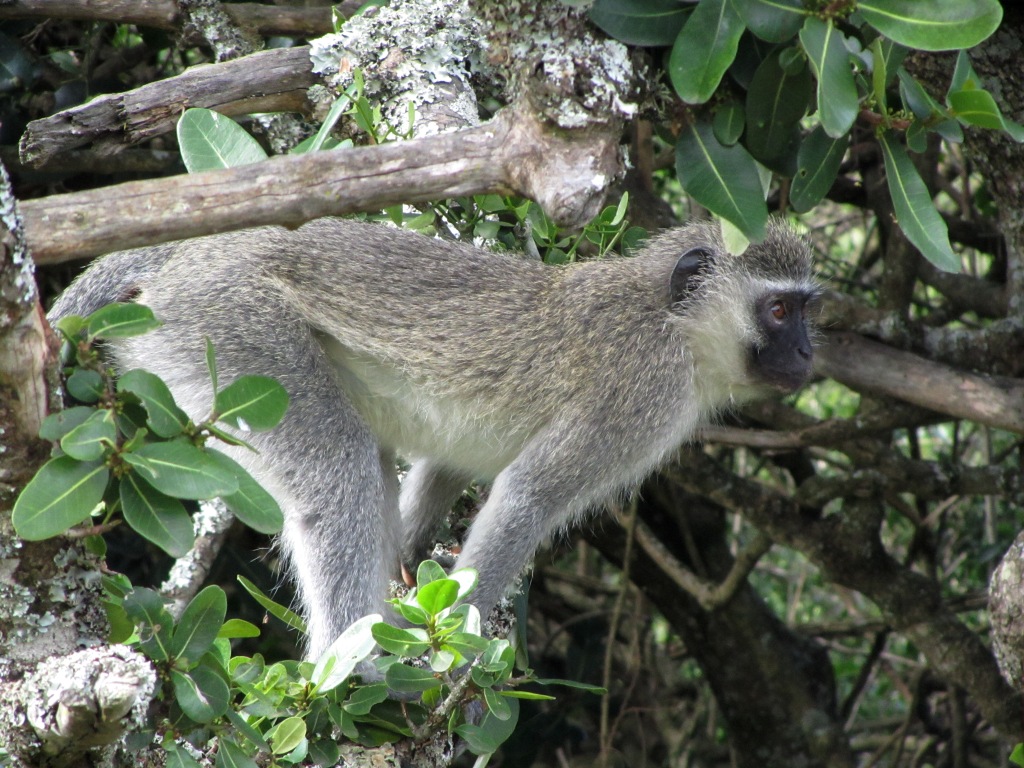 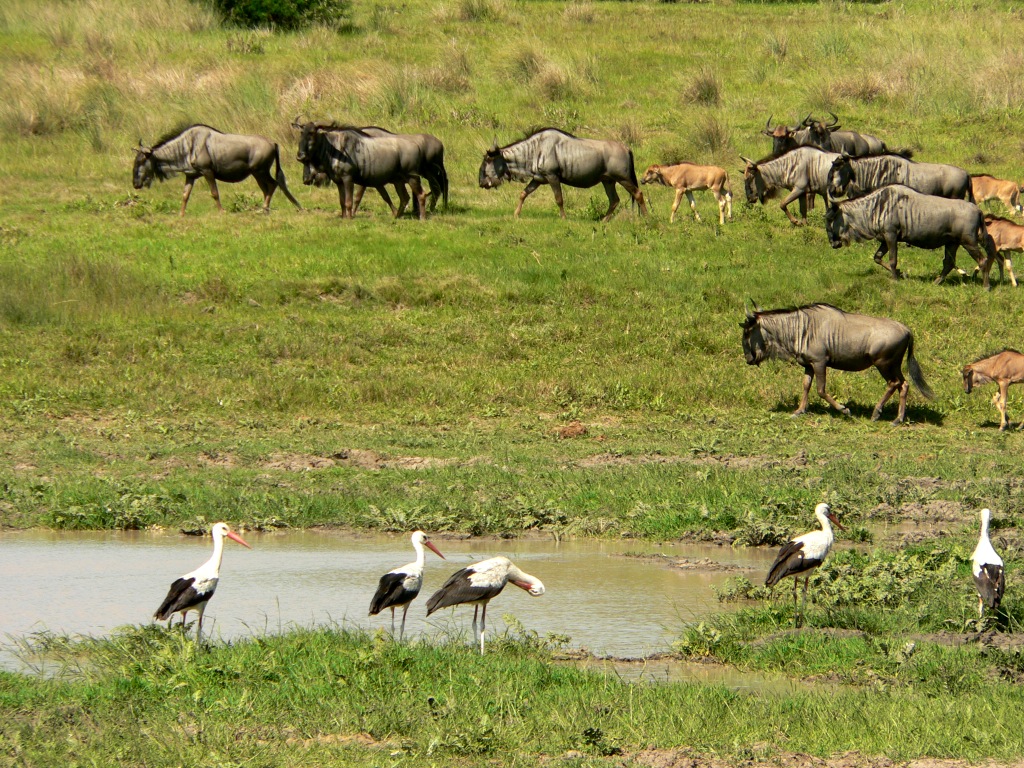 While Nancy was catching up to the wildlife on the reserve, the men had a different approach to taking it easy. A Waterbuck ranked high as one of Hunter’s priorities. The hunting party had spotted a number of good bulls over the course of their safari thus far. Gary had seen a bull on day two that he really liked, but the bull never provided the opurtunity they were after. Early morning on day 3 saw them spotting the same bull. 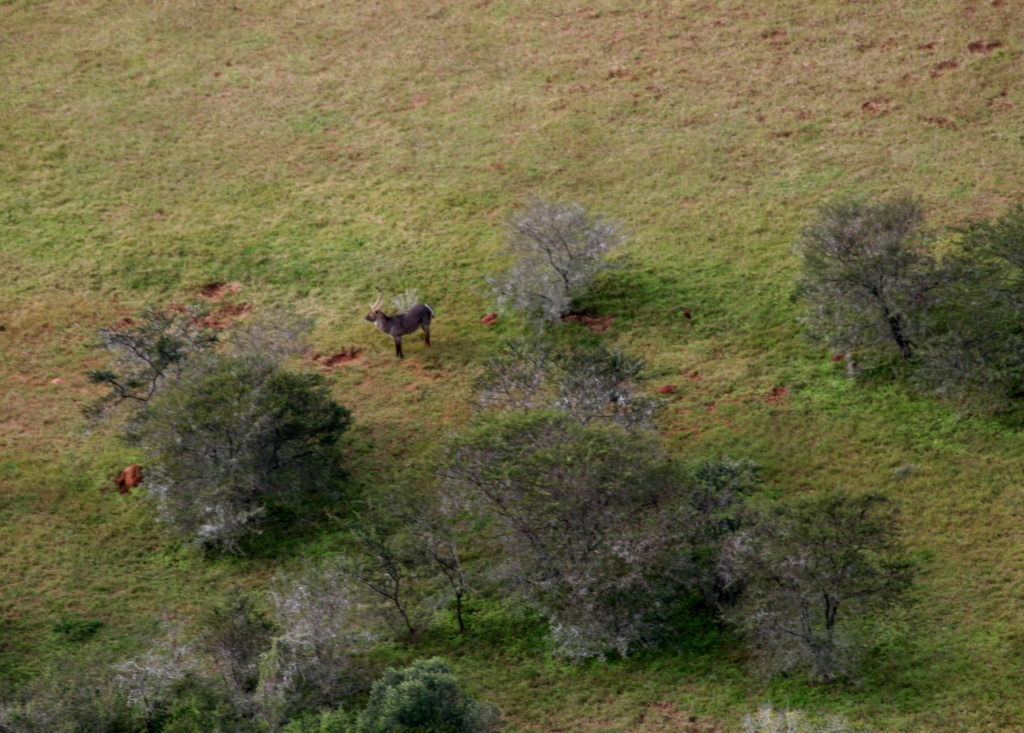 He was quietly feeding in a valley below their glassing position.

Gary and Hunter stalked down towards the bull while Greg had a great view of the entire hunt unfolding in front of his eyes. Excitement was running high.
At the crack of the shot the bull jumped into the air, regained his footing and took off into a deep wooded valley. The bull was hit, but it was hard to judge if the shot was fatal. Step by step they started tracking the bull, finding a drop of blood here and there, moving deeper and deeper into the valley. By midday they had bumped the bull a few times, but the dogs couldn’t hold it for one reason or another.
Early afternoon saw the battle continue with weary hunters and tired dogs. The gap was getting smaller between tracking and bumping the bull, the Waterbuck was slowly growing weaker. 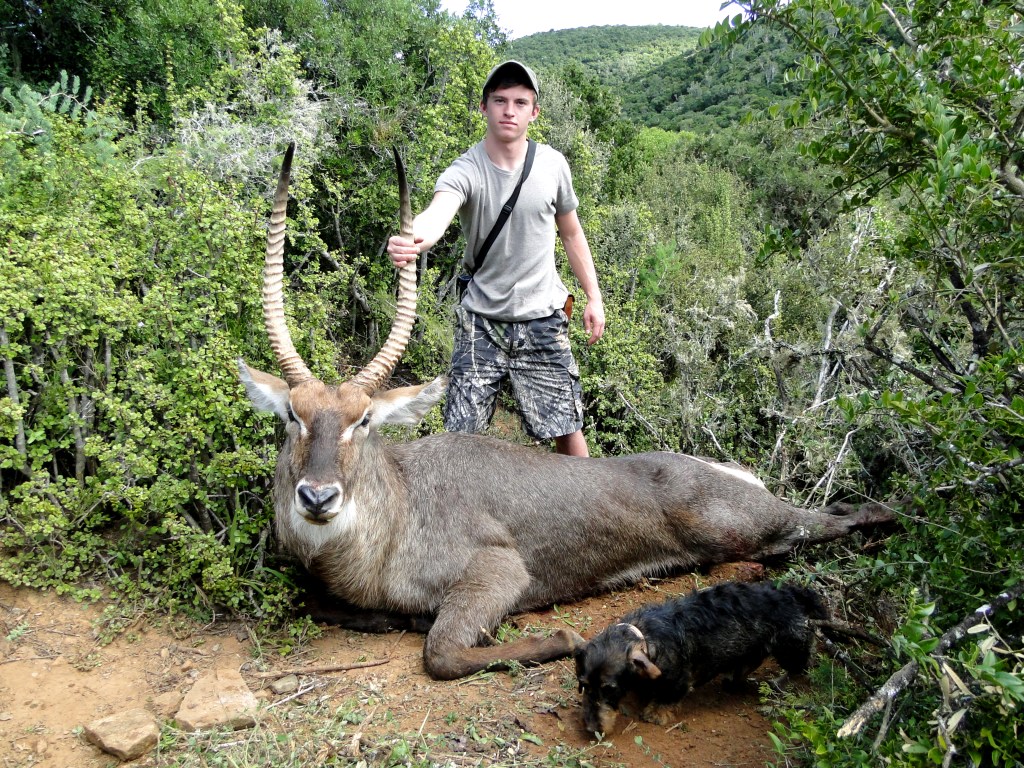 They finally did catch up to Hunter’s bull, right in the middle of the deepest thickest valley. A quick snapshot after a semi charge by the bull, saw Hunter end the battle. 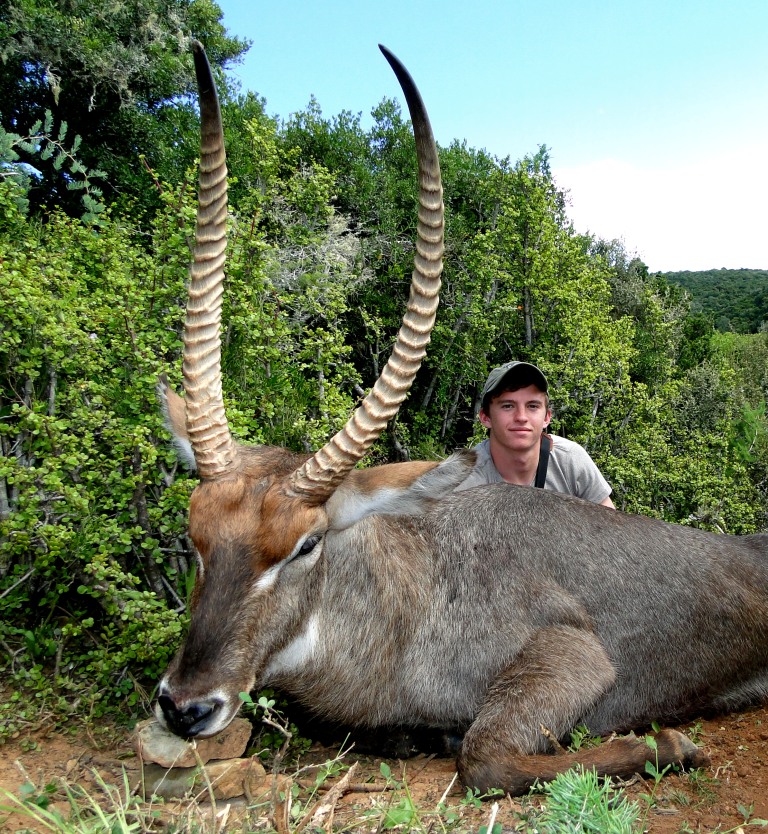 A proud and satisfied Hunter with his magnificent Waterbuck bull. 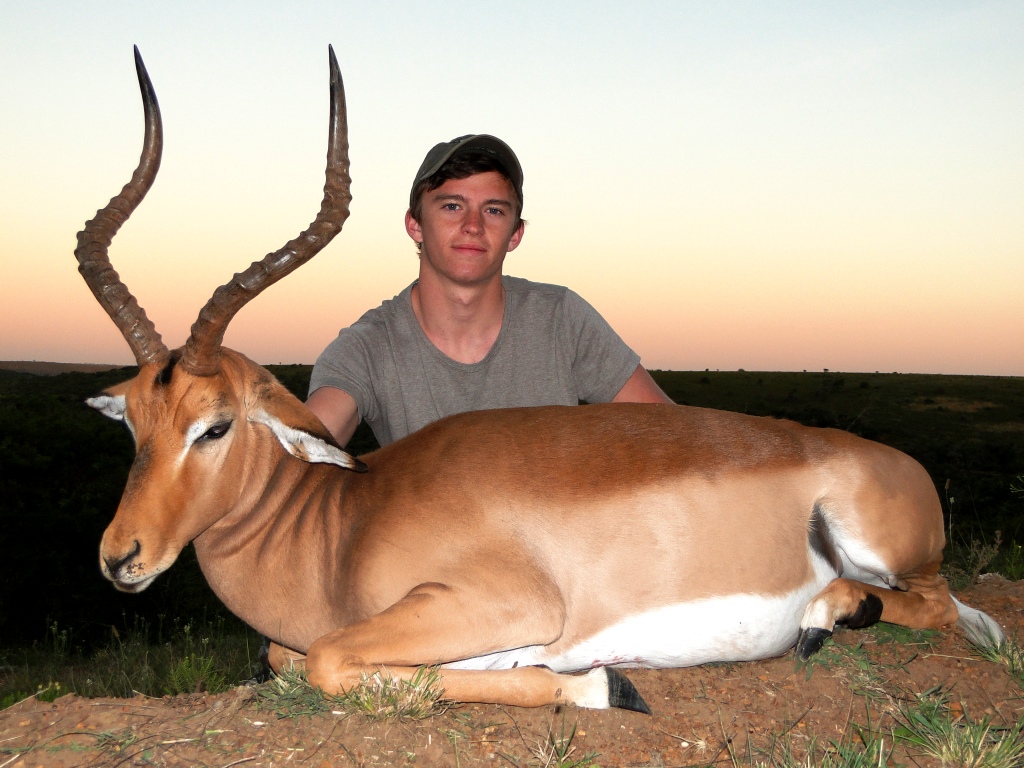 Hunter’s day finally ended with a well earned Impala at dusk, a fitting end to what was an exciting day hunting in Africa.

The following day saw the men head to our Eastern Mountainous Area while Nancy stayed behind on the Coast.
She’s been keeping pretty busy – 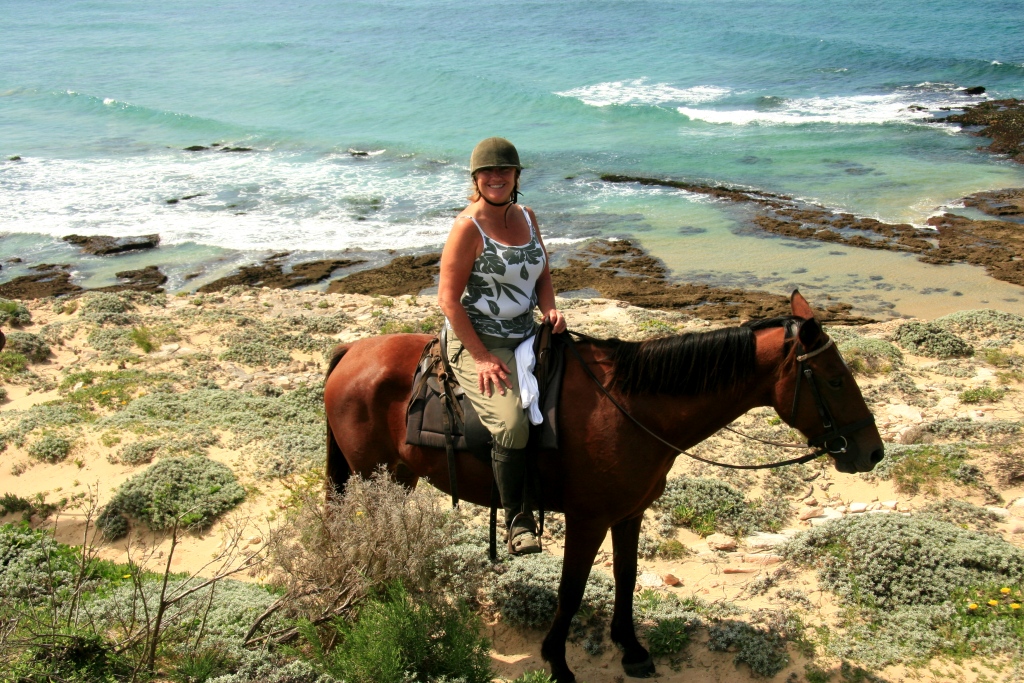 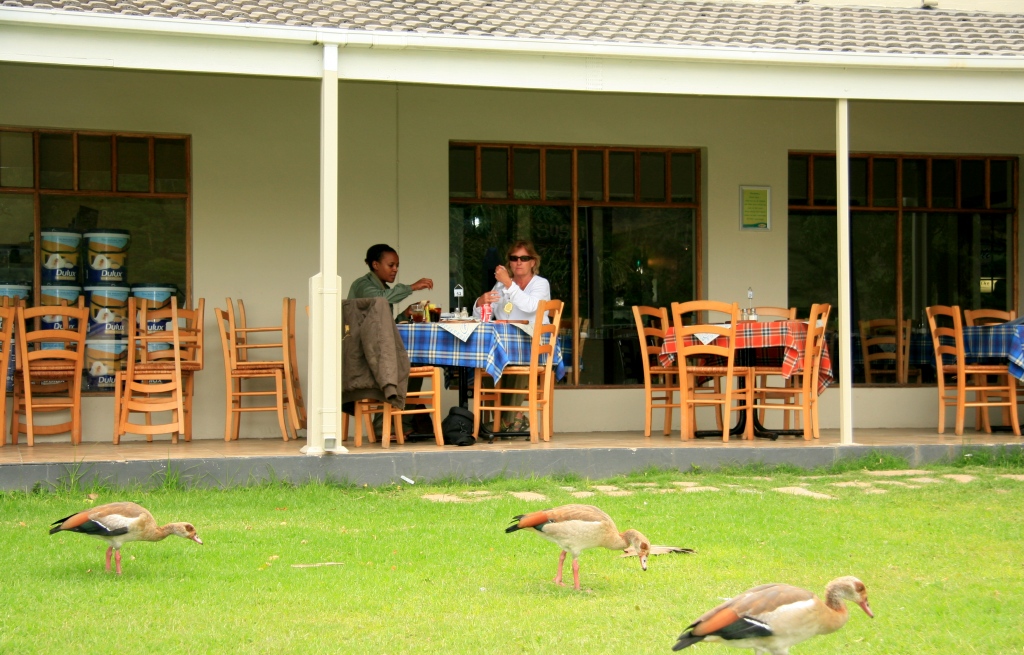 And shopping trips to town. 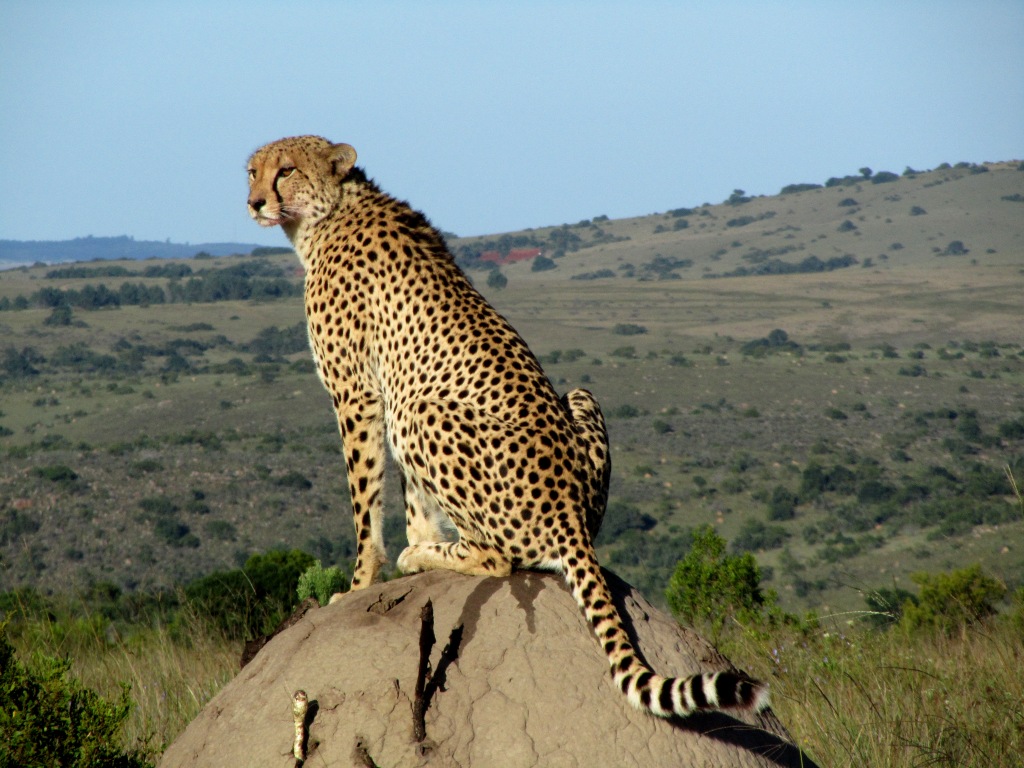 Not to mention, bumping into a certain poser on numerous occasions!

The hunters will be getting back later this evening, we’re hoping to share some of their success from the north as soon as we’re back in the office.
We’ll be away on safari for the next ten days – stay well, shoot straight and be safe.
For more information and current updates about John X Safaris; follow us on Twitter, connect with us on Facebook and visit our Website!