As most would recall, 2011 saw John X Safaris host the “Scandinavian Invasion” on the East Cape. This year we once again welcomed back our friends from Sweden. This time round the group was much smaller, the parties even bigger, and the fun as good as ever.
Bertil Friman flew in a week prior to the group’s arrival and joined Carl and Gary for a week of work behind the scenes. Well we couldn’t claim it was all work…. 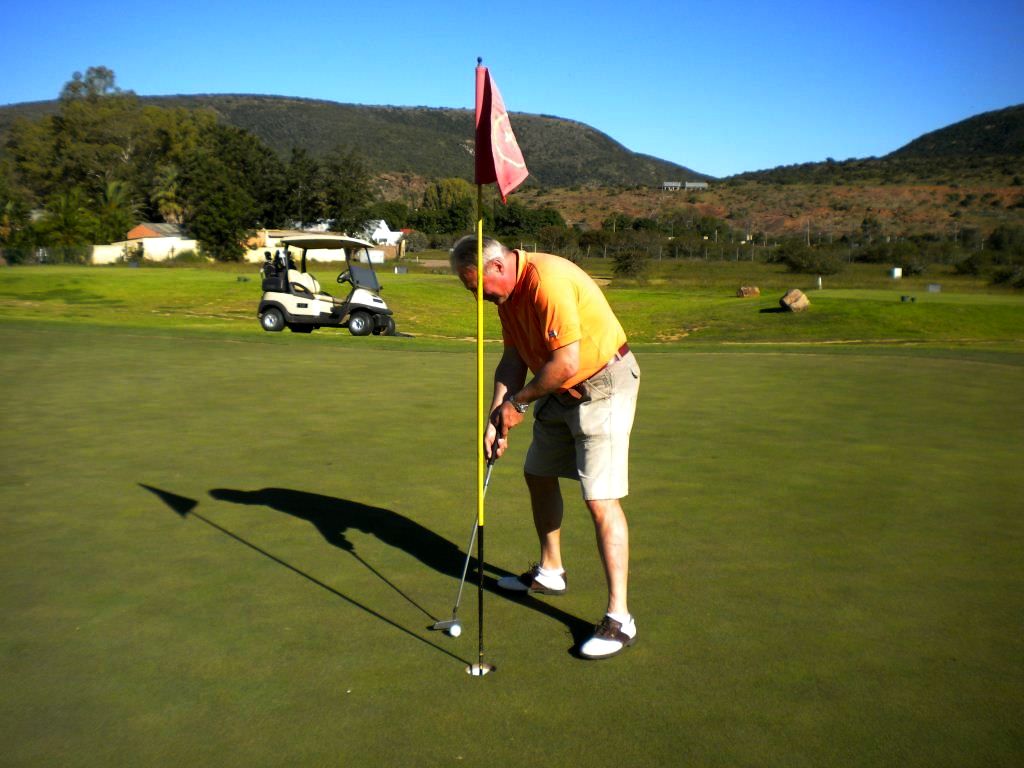 We managed to squeeze in a round of golf…. 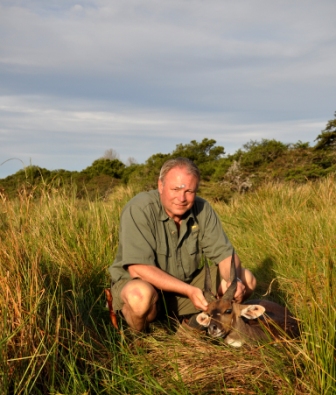 And the occasional hunt was never to far away.

Benny Fredrickson, Tomas Nyden, and our newest member to the group, Bjorn Hagman, arrived the following Sunday. Professional Hunters, Greg Hayes and Juan MacDonald, joined Carl and Bertil in camp, while Gary was waiting on our old friend Lennart Packendorff to make his fashionably late appearance a couple of days later.
From the word go we knew this was going to be one heck of a week. The wish lists were varied and interesting. From your regular plains game to a first time request of a Nyala female, to Hippo, Giraffe and much more. Tailor made menus, with the help of the guys, ranged from fresh Norwegian Salmon, Warthog on the spit, Hippo steaks and untold seafood delicacies prepared by the “naked chef”. If ever there was variety this was it! 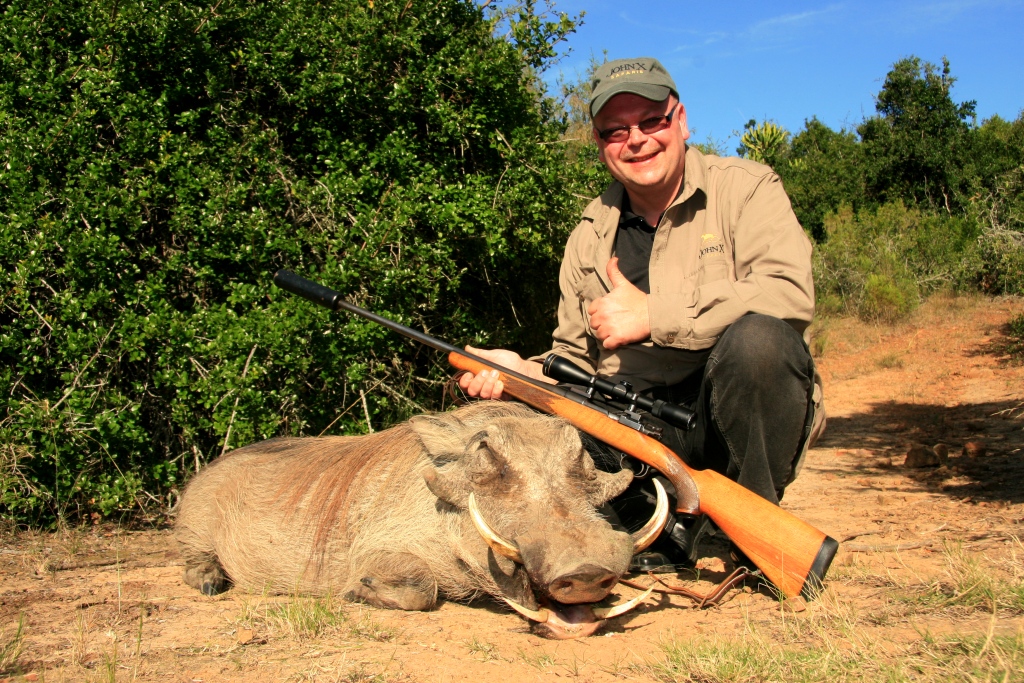 This year saw Benny’s luck unfold somewhat differently to previous years. He has been after a Warthog for a number of years now, always passing up the opportunity to somebody else. This year it would be his turn. “Benny the boy” struck first! Literally two minutes into the safari. Great Warthog! 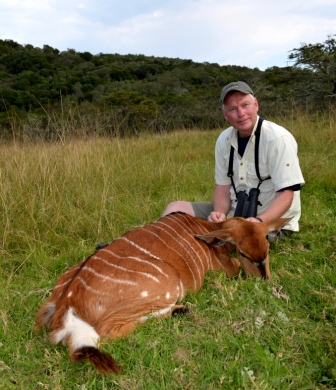 Bjorn’s request for a Nyala female was a first of its kind. After learning that it was his wife, Mona’s wish to use the skin as a rug, a few calls were made and the opportunity to hunt a female was secured. The skin turned out to be magnificent, very similar to that of a Bongo. 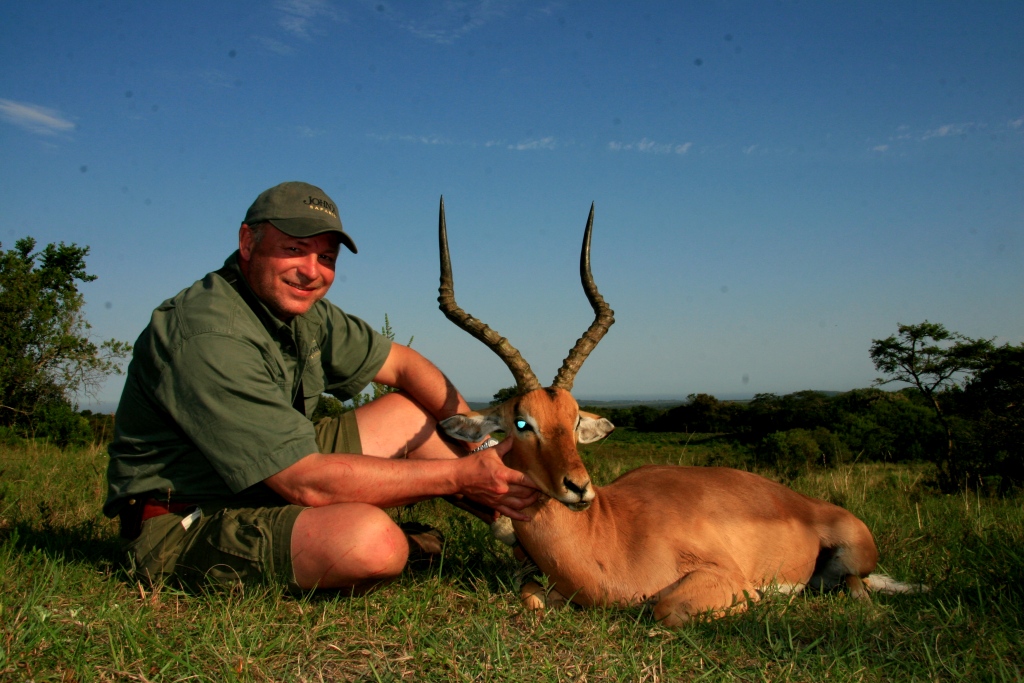 Bertil in the meantime took advantage of an opportunistic Impala. Another great shot earned him his second trophy Impala.

Now Benny and Tomas were on the hunt for Warthog. Well that’s what we were told. One could never trust that team headed by PH, Juan MacDonald. They were always up to something….

We should’ve known the Warthog hunting was only a smoke screen. A few pictures started cropping up of what they were “bumping” into from time to time. 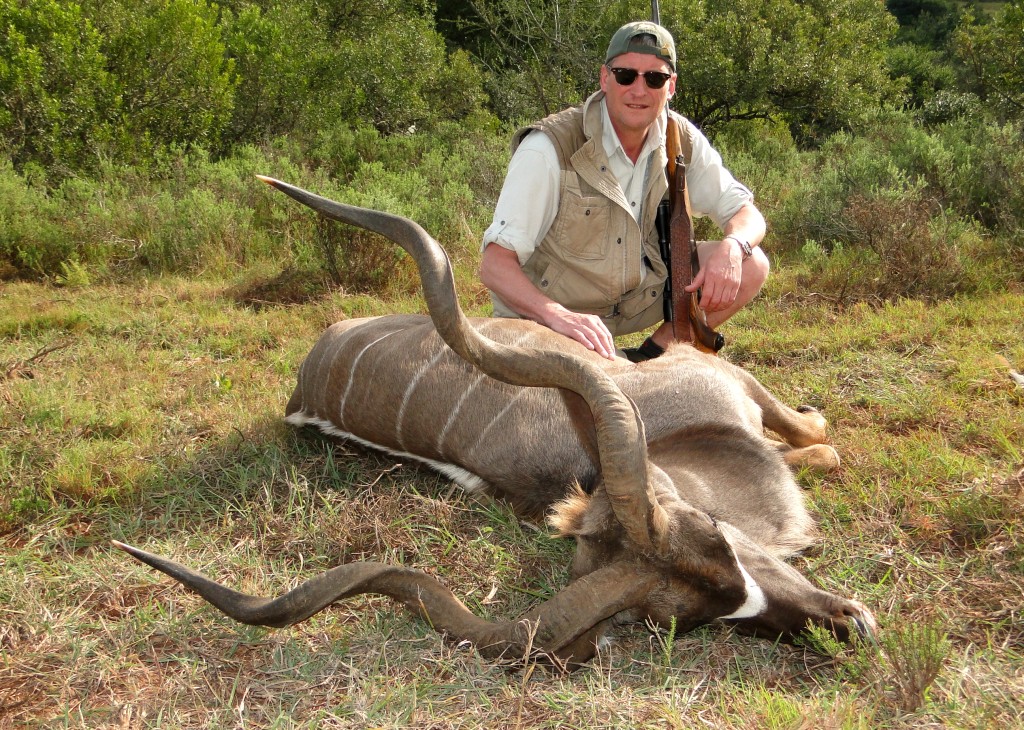 When the time came, it came as no surprise when they ambled into camp with a magnificent East Cape Kudu. Well done Tomas!

While the rest of the group was well at it, we were missing an important member of the team. One we’ve all become very fond of. 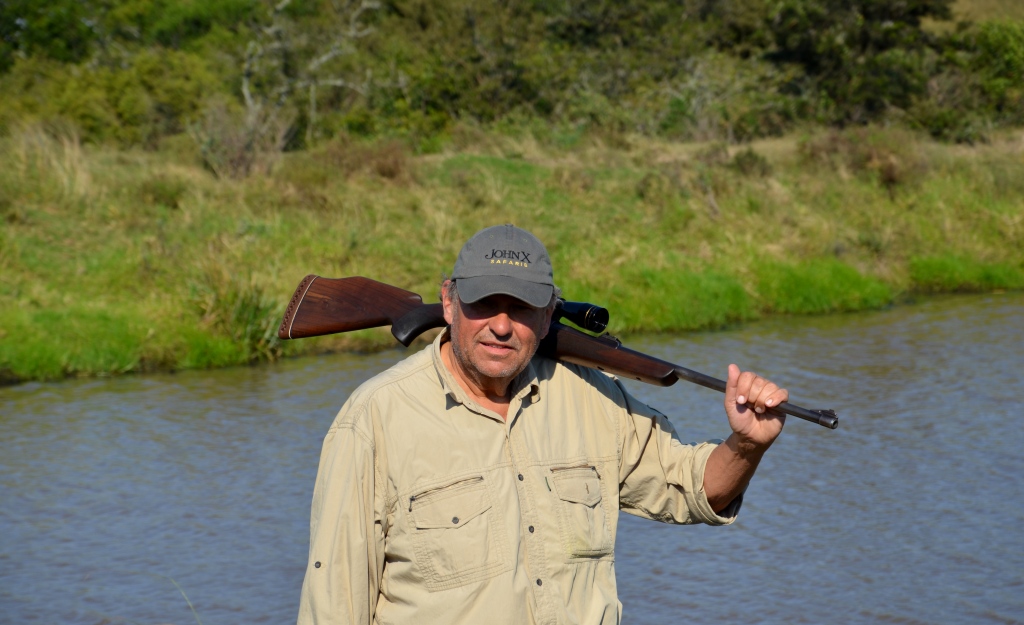 Who else but the man in the “leather crocs”? The one ton hunter – Lennart Packendorff. 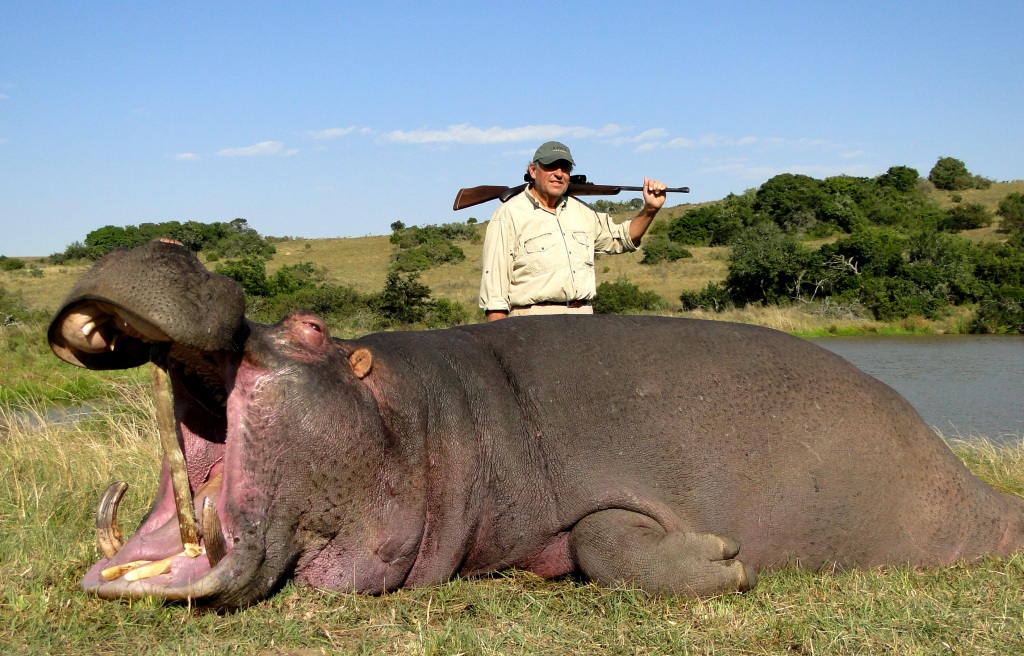 Like the saying goes; “Go big or go home” Lennart decided to stay and he went big! A lot of luck, an area with a good population of Hippo, and great shooting, earned Lennart a magnificent bull. 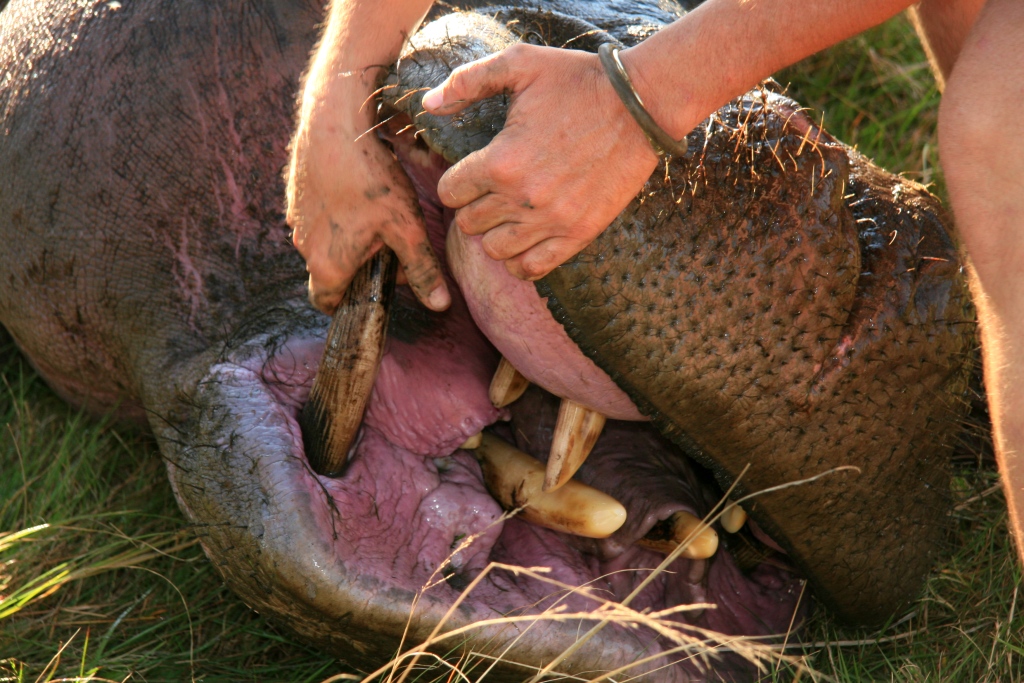 Those who’ve never hunted Hippo before may not realize how big these animals are. The hunt is most certainly the fun part, after that the real work begins…..

And a lot of man power.

That evening called for a celebration. 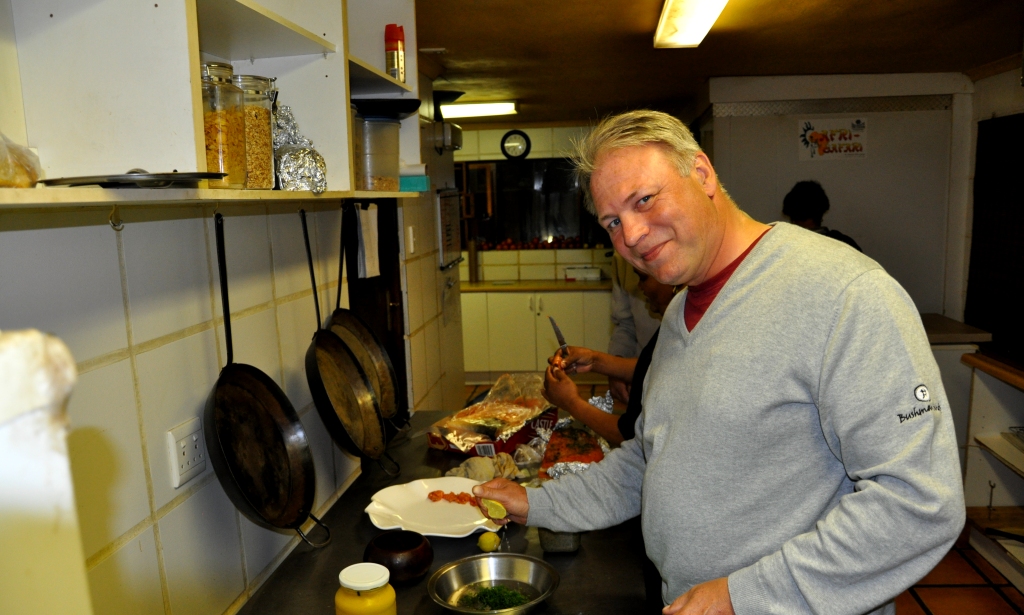 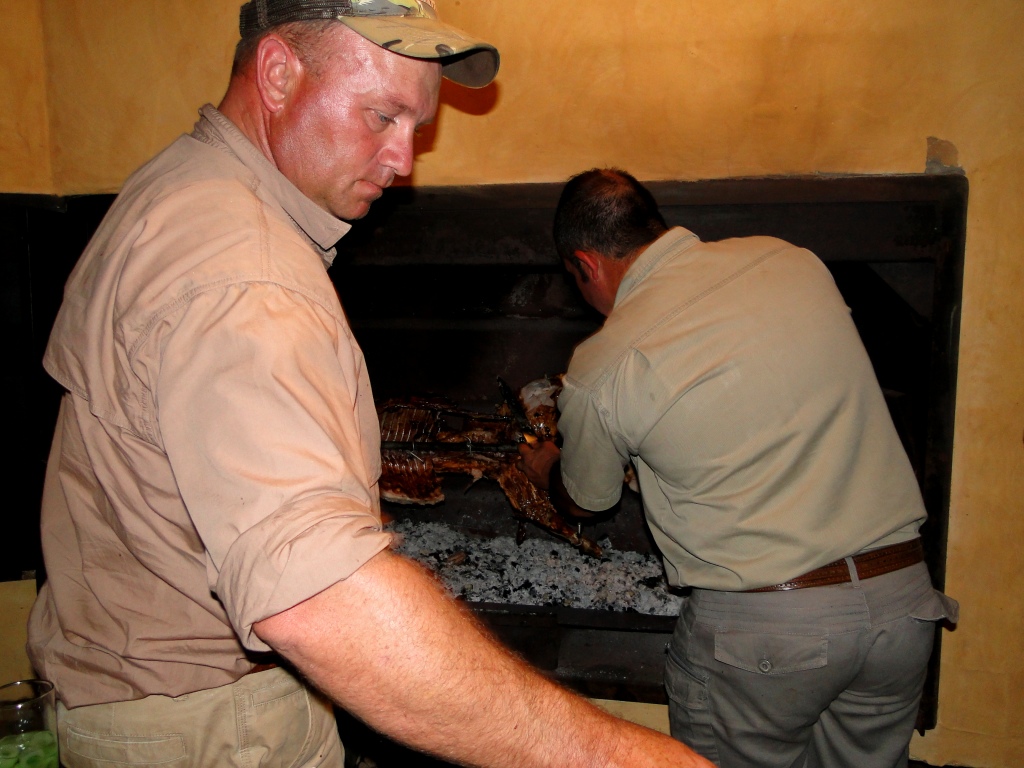 While Gary and the rest of us got the Warthog onto the spit and the bar open for the evening. 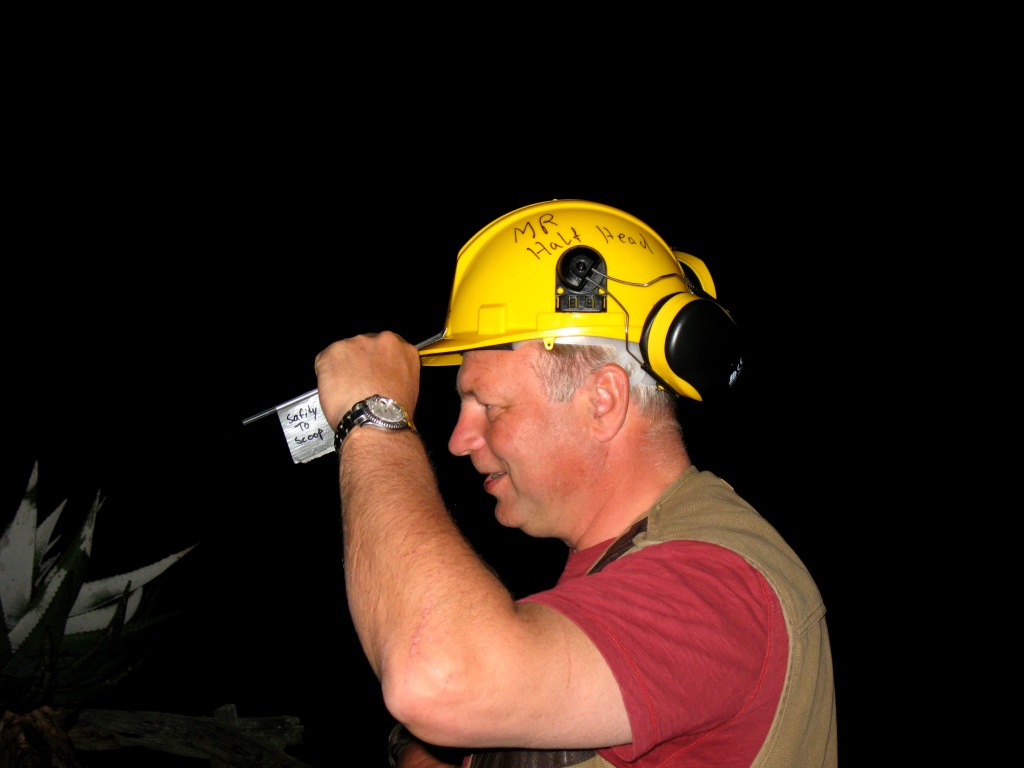 Earlier that week saw Bertil kissed by a Leopold telescope; needless to say the boys went to town on the “moony” on his forehead! Serious protection was presented as a gift to reduce the possibility of further scope accidents! 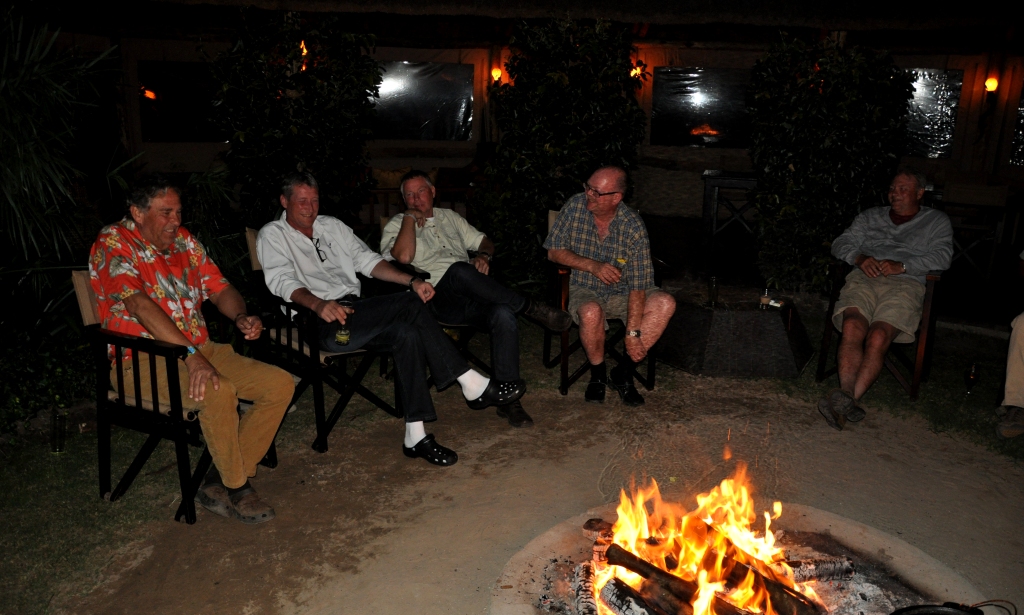 Fun and games dominated the evening while we celebrated long into the night sharing the good times in Africa.

The following morning saw the group gather for Lennart’s Giraffe hunt, all had enjoyed the Hippo hunt so much that nobody was going to be left behind on Lennart’s next big adventure. 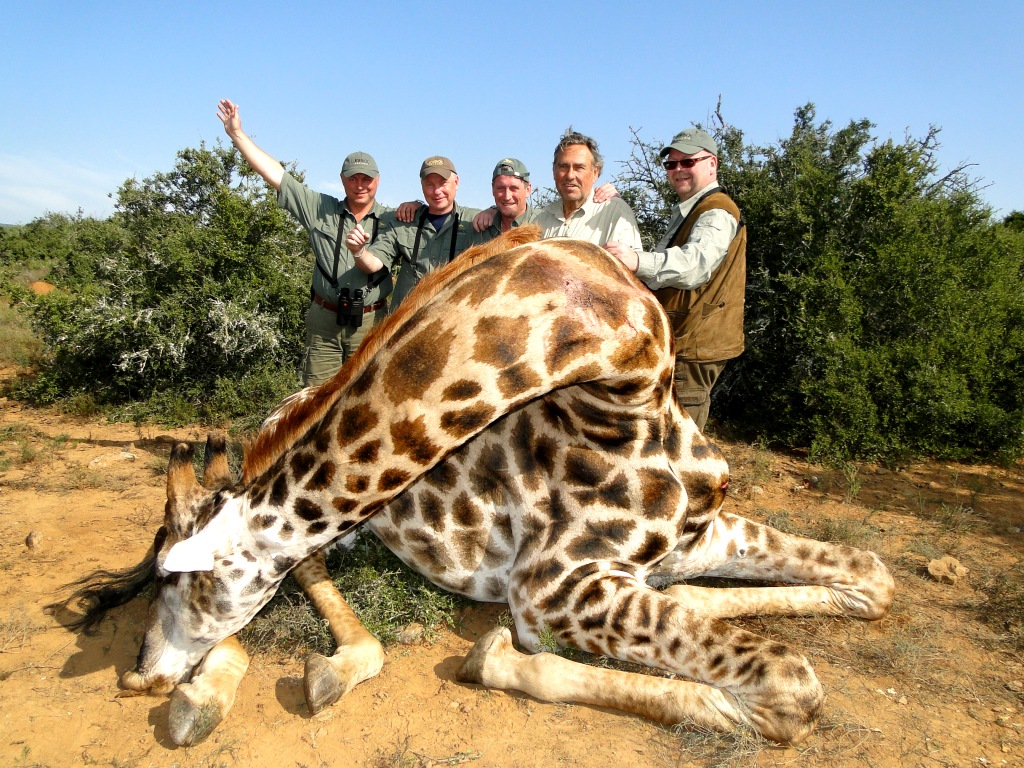 What an adventure it turned out to be – Lennart pulled off another perfect shot, in so doing earning a truly magnificent Giraffe bull.

While the rest of us were busy admiring Lennart’s Giraffe, Professional Hunter, Juan MacDonald, disappeared for about 20 minutes. None of us knew where he’d gone or what he was up to? Then he reappeared….. 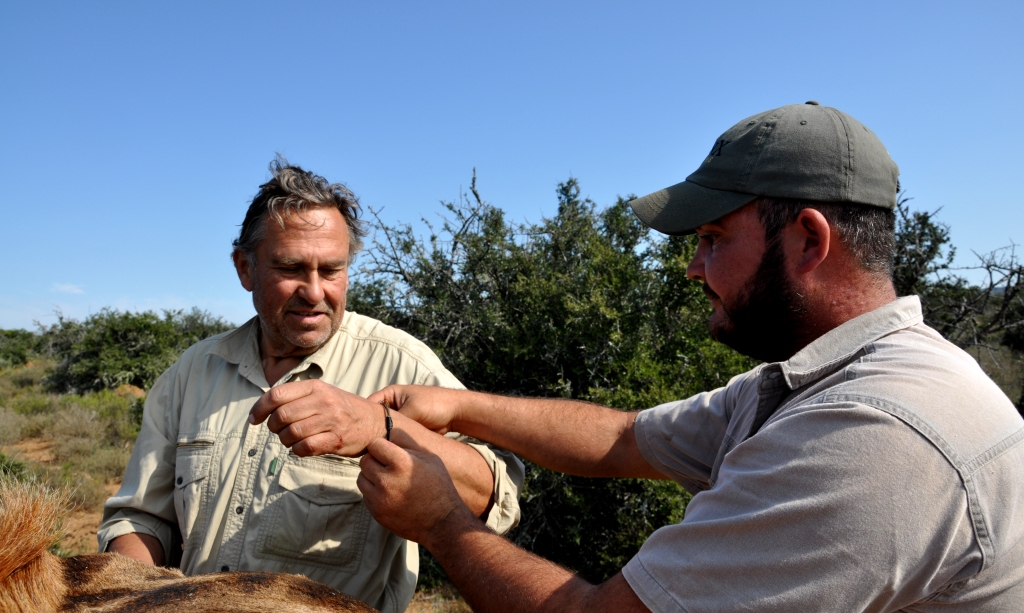 We were all so taken by the hunt and the trophy that none of us noticed Juan swiping a few of the Giraffe’s tail hair. He’d gone off and made Lennart his very own Giraffe hair bracelet from his own Giraffe, literally minutes after the hunt. 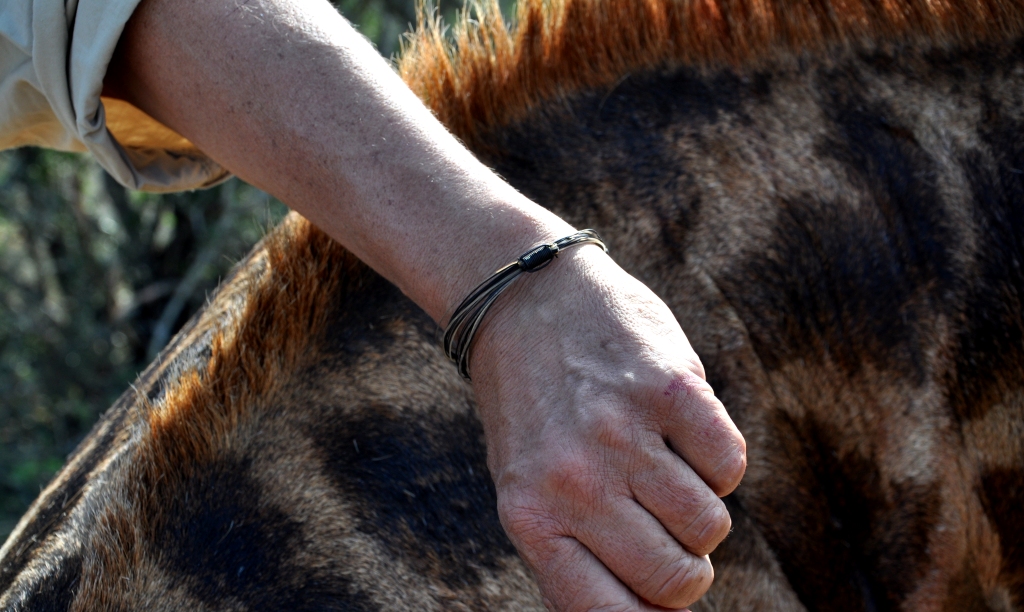 Needless to say we doubt Lennart has removed the bracelet yet. A fantastic gift as a reminder of the day he hunted his bull.

With Lennart, “the one ton hunter”, stealing the spotlight on his many adventures, the rest of us got down to a bit of serious hunting ourselves. 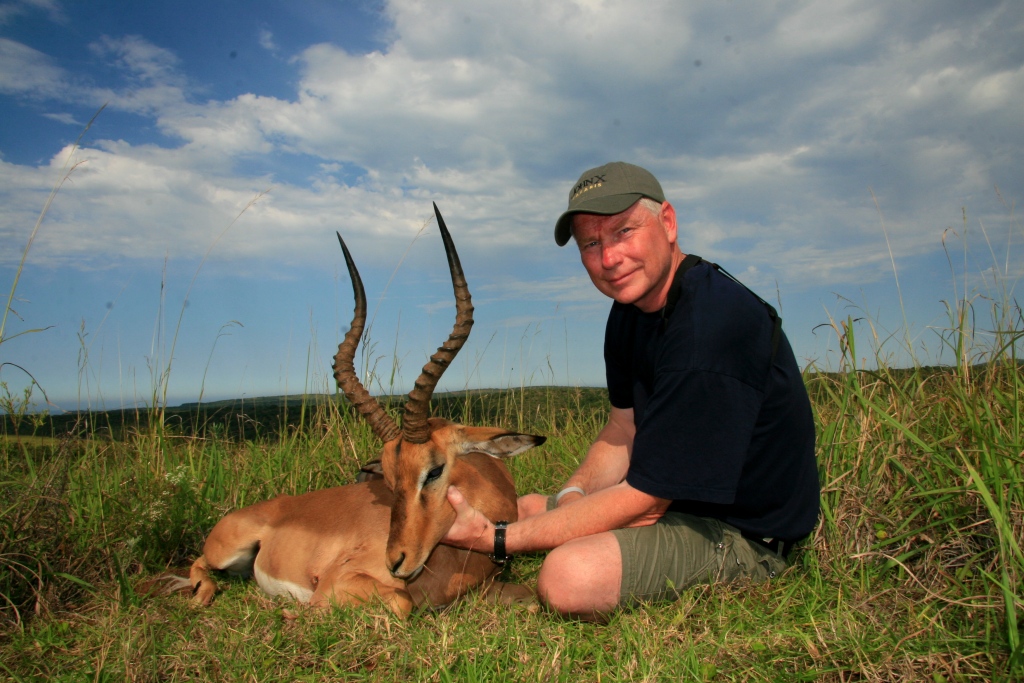 Bjorn added a couple of Warthogs, Cape Hartebeest, and this great Impala to his magnificent Nyala. 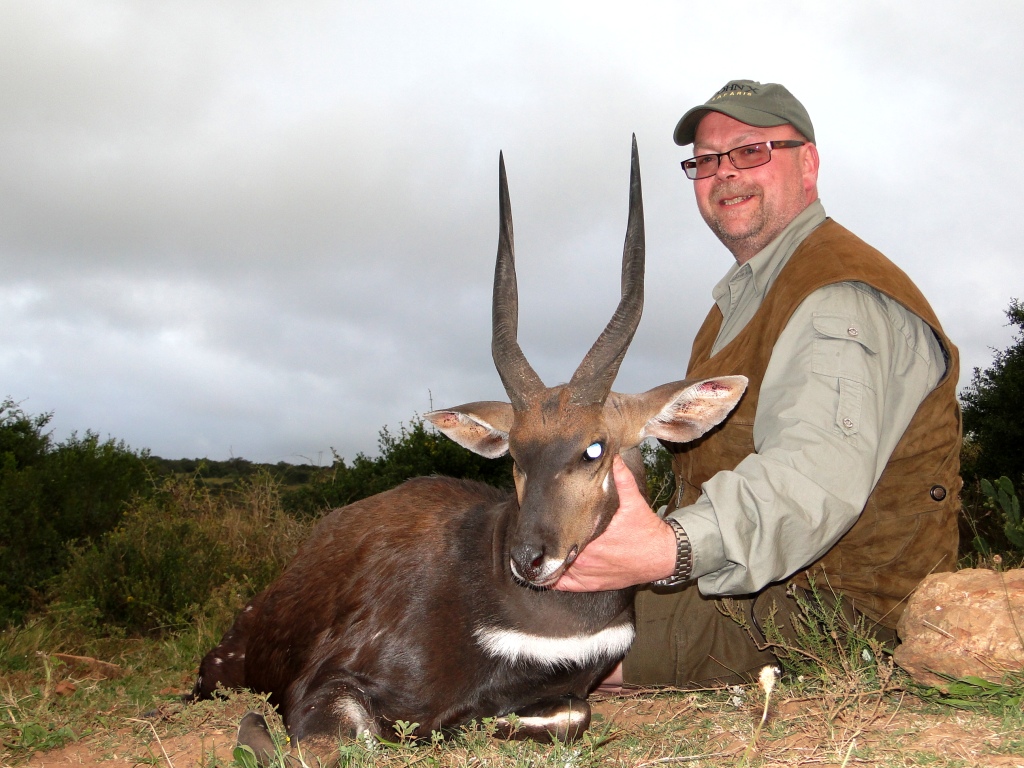 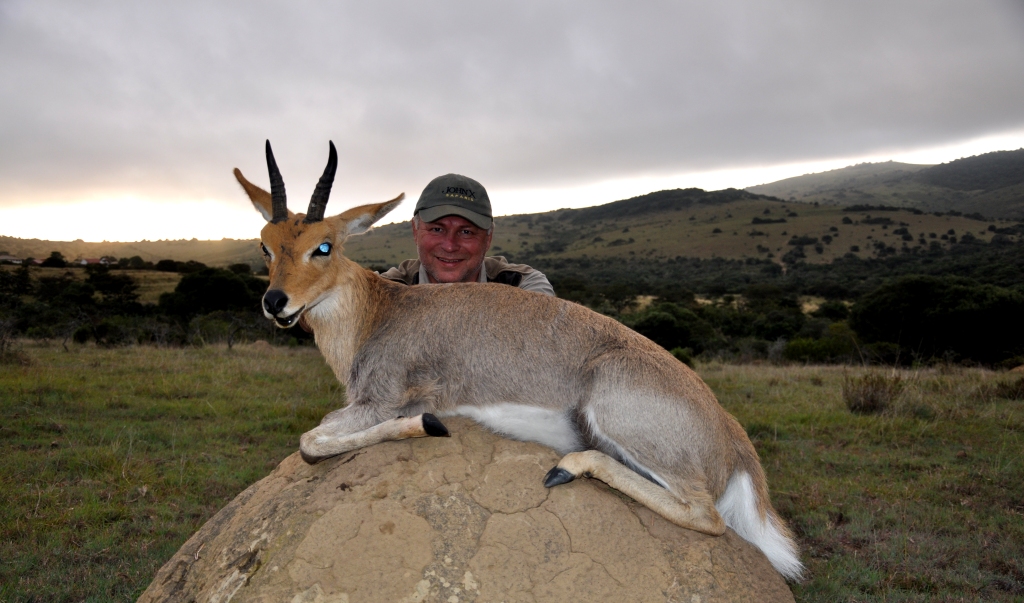 Bertil finally got his much-anticipated Mountain Reedbuck –the perfect setting with a beautiful ram. 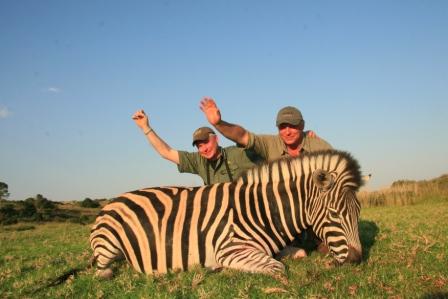 A pair of Zebra was his next quest, before we finally earned that long-awaited Warthog trophy, but that‘s a long story for an entirely different occasion.

Tomas earned his Bushbuck the hard way. After hitting his ram too far back the previous afternoon, the hunters returned to continue on the trail the following morning. Juan’s Jack Russel, Zippo, saved the day, and almost paid dearly with his life. 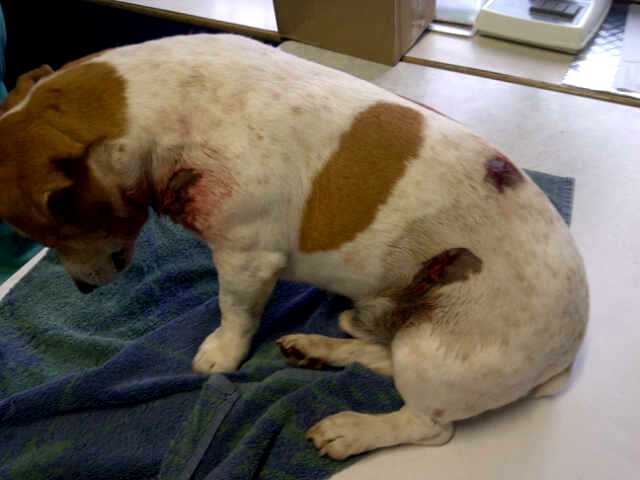 Many hunting dogs are lost to wounded Bushbuck annually, miraculously Zippo made it.

While the rest of us were hard at it, Lennart and Gary were busy with a plan of their own. 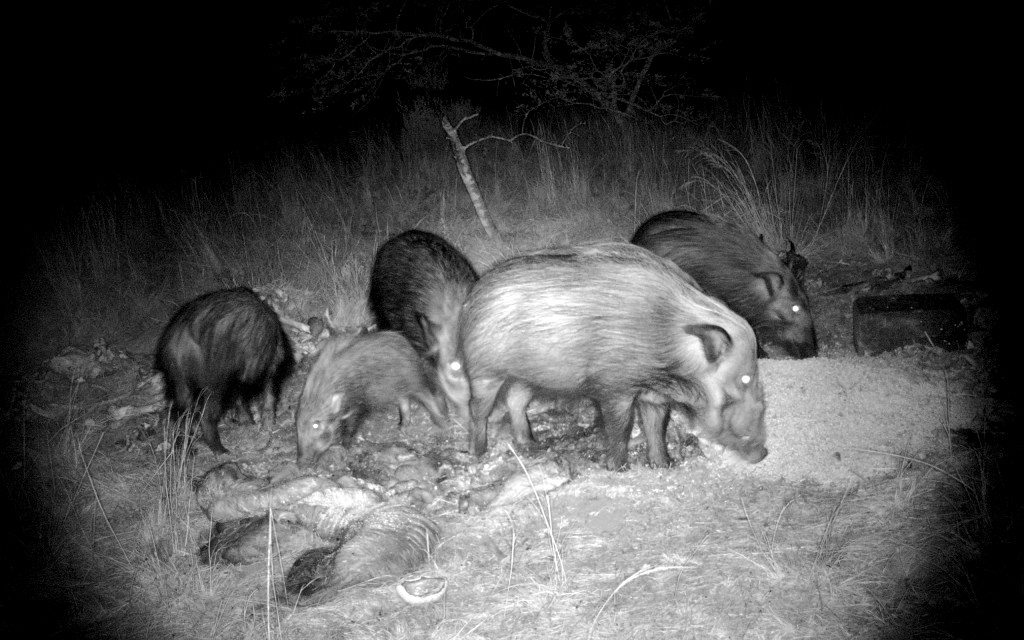 The Bushpigs had taken the bait; all they needed now was a full moon and a ton of luck. 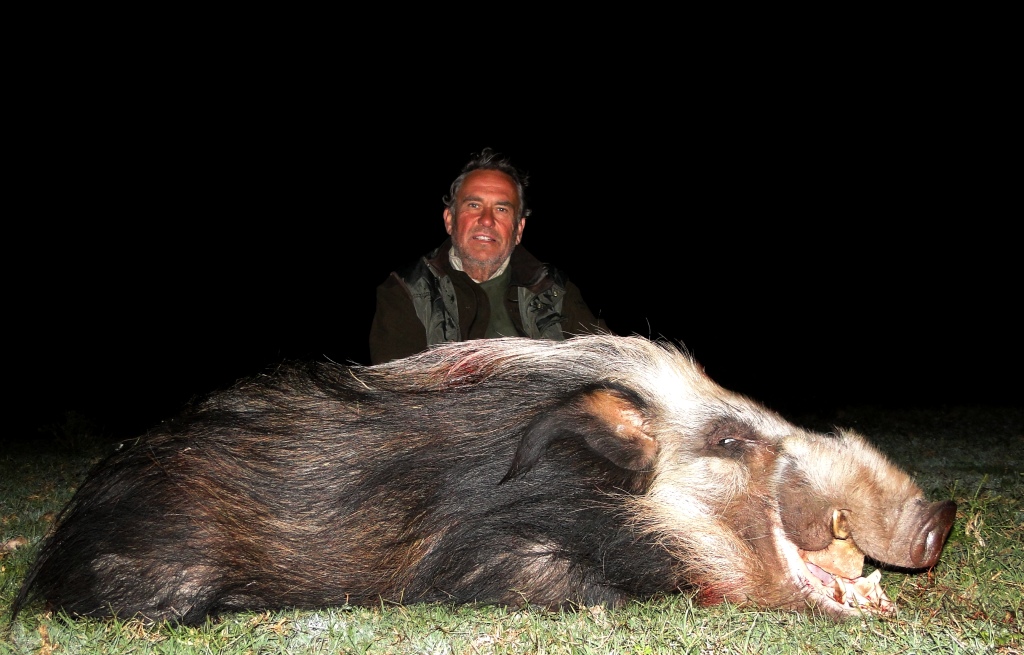 Hard work, patience, and perseverance earned Lennart the Bushpig of a lifetime. For many international hunters, the Bushpig resembles the pinnacle in plains game hunting, for Lennart it most certainly did too. What a beauty!

With the safari drawing to a close the group opted for a day on the party boat with the “naked chef” instead of the traditional seafood lunch. Our good friend, “naked chef extraordinaire”, Thayne Theopiles spoiled us with unlimited seafood delicacies while ambling up the Bushman’s river. 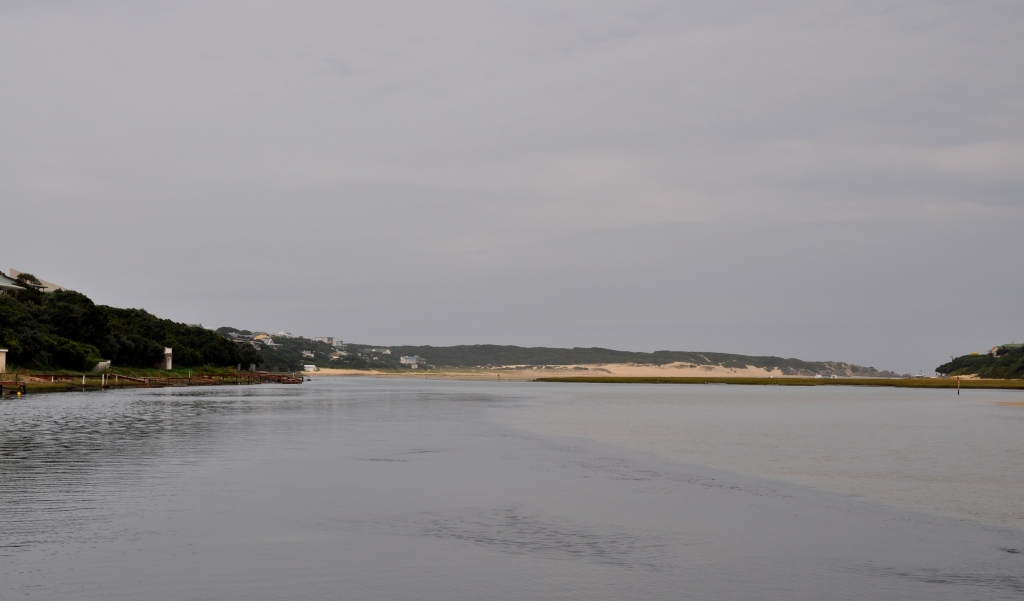 The scenery was spectacular… 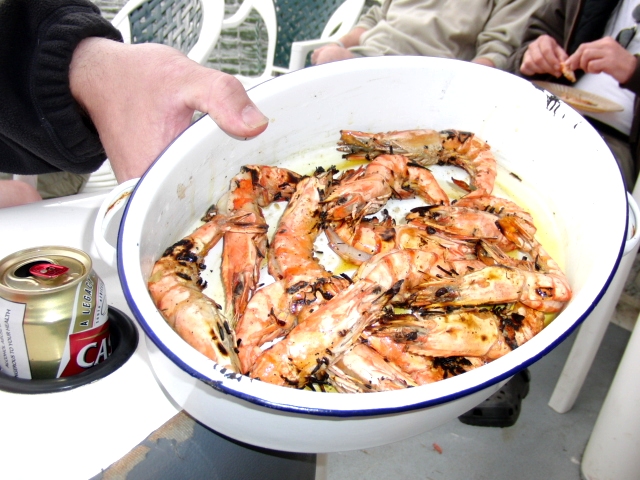 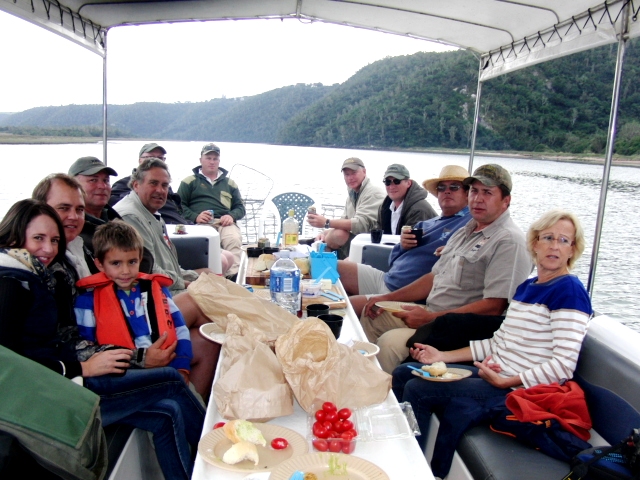 And the company world-class.

Like all good things – the safari had to come to an end. Thank goodness we’re only 8 months away from our next great adventure!
For more information and current updates about John X Safaris; follow us on Twitter, connect with us on Facebook and visit our Website!