If it stayed this temperature all day we’d be unstoppable

Final last words from Sydney as we headed out of camp at 6am that third morning of our safari. Temperatures had been reaching the 100F on a daily basis, not to mention the terrain we were contending with in pursuit of plains game. This young lady and her mom were one tough team, but it’s ironic how much higher a mountain seems in the heat.
On safari was our old friend, Jim Haselberger back on his 4th hunt with John X Safaris, together with his children, Sabrina, Robert and Wendy, and granddaughter, Sydney.  For Jim this particular hunt was a family affair, he’d brought his bow along, but most of the hunting was left to the rest of the group.
Leading these hunts were Professional Hunters, Carl van Zyl and Greg Hayes, together with their teams – made up of  trackers, Bless and Zwayi, and hunting dogs, Bongo, Foxy, and Jock.
The safari started in the south from our coastal area before heading north to the Great Karoo. In all we covered +- 85000 acres of prime hunting concessions over the course of the week, and bagged 16 trophies spread across 7 different species. While the hunting was hard, and the hunters were challenged, we allowed for sufficient time to stop and enjoy the true spirit of life on safari.
From Alaska to Africa – it has been one heck of a week with memories created by two groups of people from opposite ends of the earth. It was fun – colorful – hard work – sweat – blood – AND tears. We came, shared, and gave back to Africa, and touched the lives of those less fortunate as they had touched ours – It was OUR safari…

When all was said and done, we gathered around the camp fire that last evening in camp and reminisced about our week spent together. For all of us there’d been many exciting moments filled with adventure, but each one had their very own highlight. 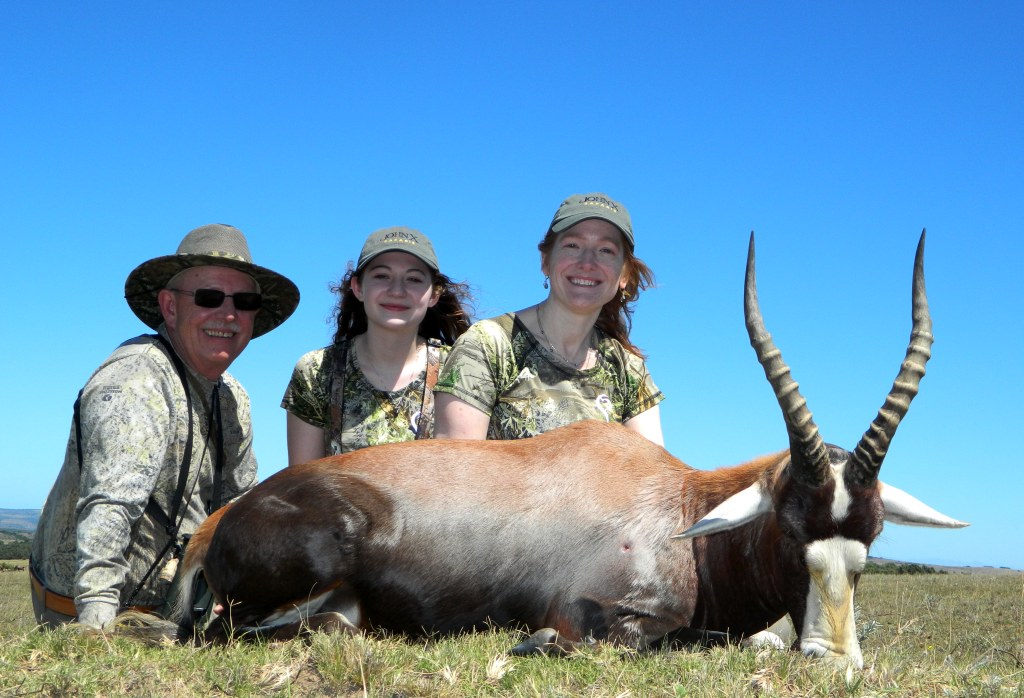 For Jim it was the privilege of sharing in his children and granddaughters first African safari – there is only ever once a first! 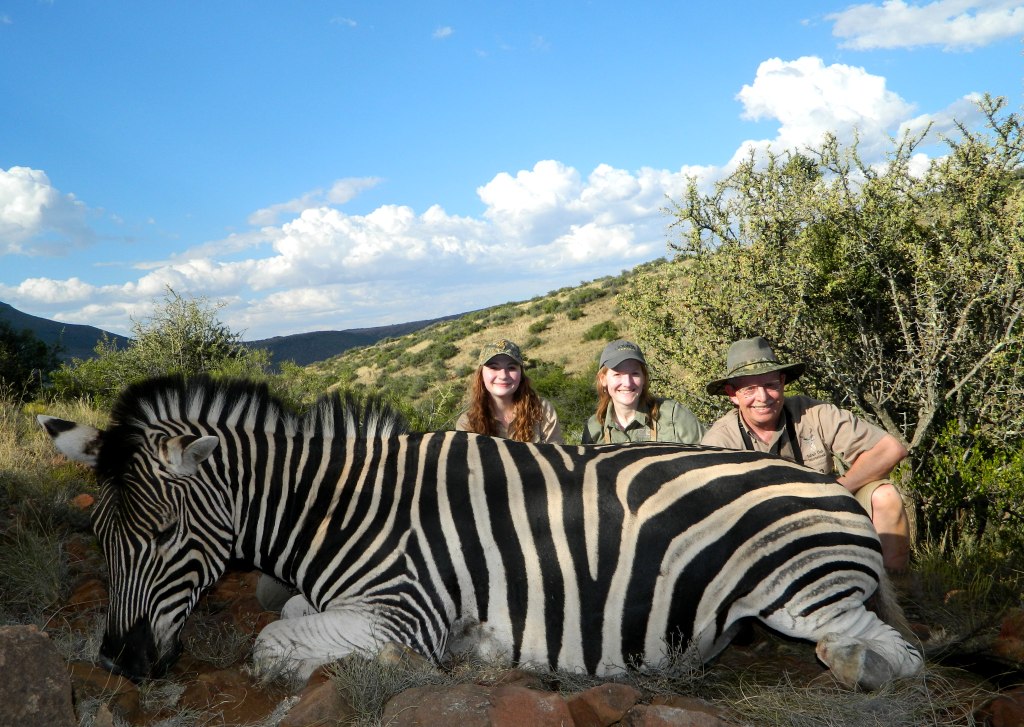 For our sweet 16th birthday girl, try bettering THIS birthday – hunting your first Zebra in Africa! 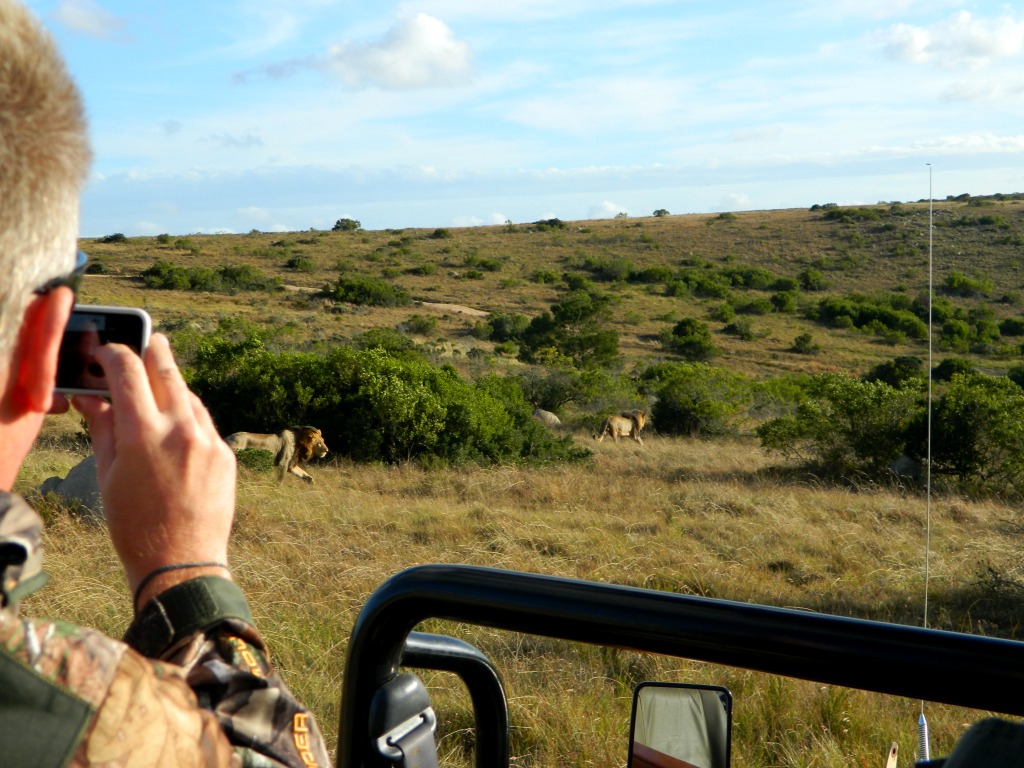 For Robert it was the idea of his first safari – his first hunt – how could it get any better once he’d started it in Africa! 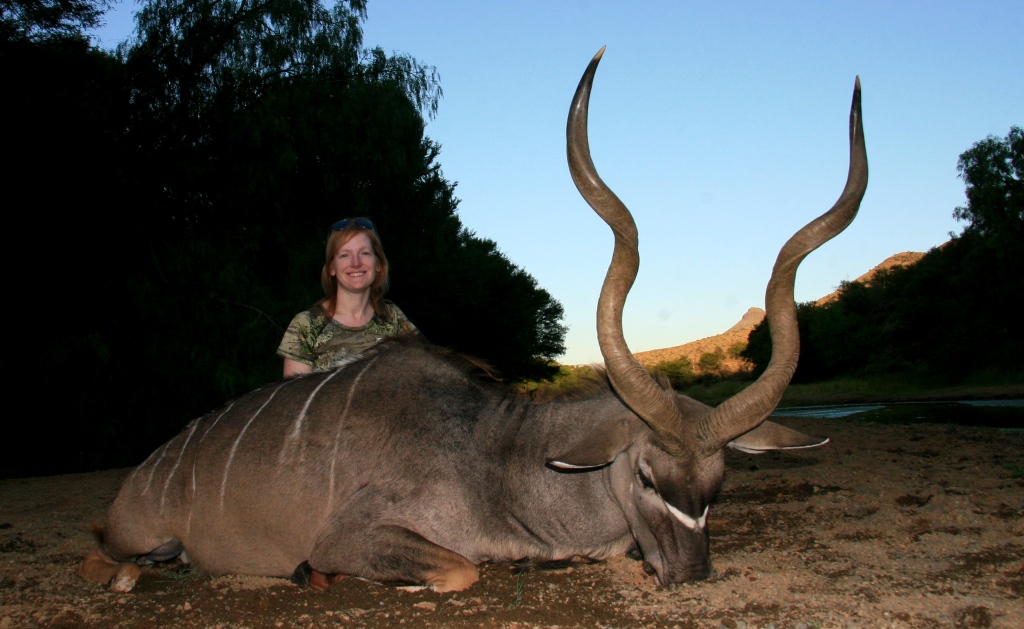 For Sabrina it was her near perfect Kudu – the spotting, stalk, set up and tense moments prior to the old bull stepping into the only available clearing before squeezing off the 300 win mag – we both knew it was as perfect a hunt as we could ever have dreamt of. Not to mention the view! 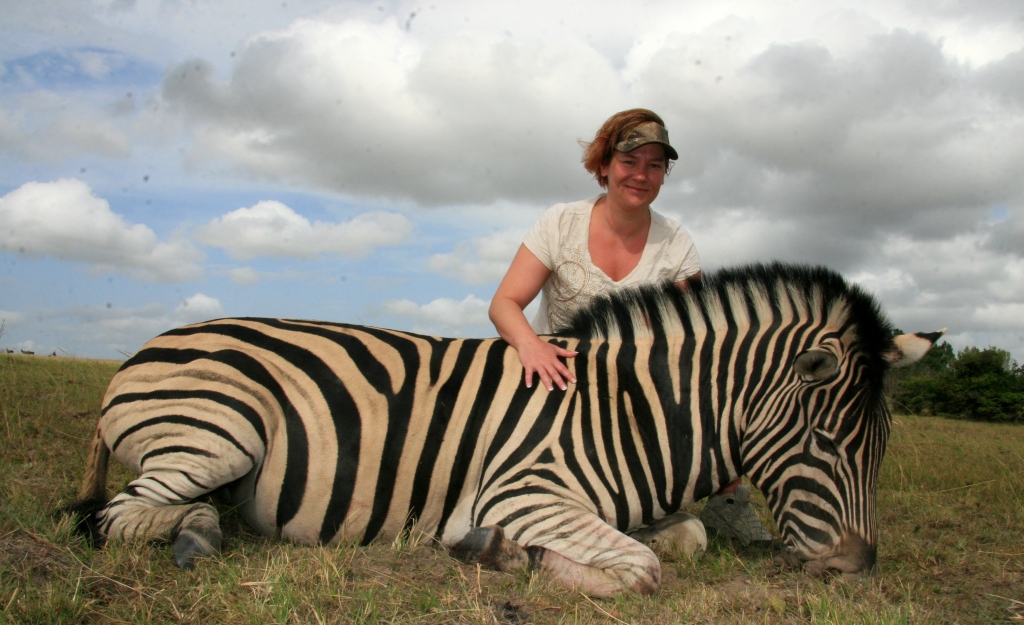 For Wendy it was the manner whereby Greg dealt with her emotions of her first hunting experience. For somebody who started out fairly “new” to hunting at the start of the trip, left Africa feeling a sense of camaraderie – she had joined our family of hunters.

We parted ways and wished each other well as the group boarded their flight back home on the last day. While this adventure may be over, something tells me it wont be the last Greg or I will see of them. There’s a sense of magic attached to an African safari, you might not realize it at the time, the excitement of the experience captures one at first, but when things settle down back home – one starts to long for Africa. And the question is not IF you’re going back, but WHEN….
For more information and current updates about John X Safaris; follow us on Twitter, connect with us on Facebook and visit our Website!