The Proof Lies in the Pudding…Continued

Part 2 – Mid / Late April
With the “Reunion Tour” fresh in our minds and the team easing into the seasons rhythm we welcomed first timers, the Nelsen brothers and their spouses, as well as their good friends, Mike and Renee Schneider. At the same time we welcomed David & Ruth Stark, together with their great friends, Bob & Jo Penny. 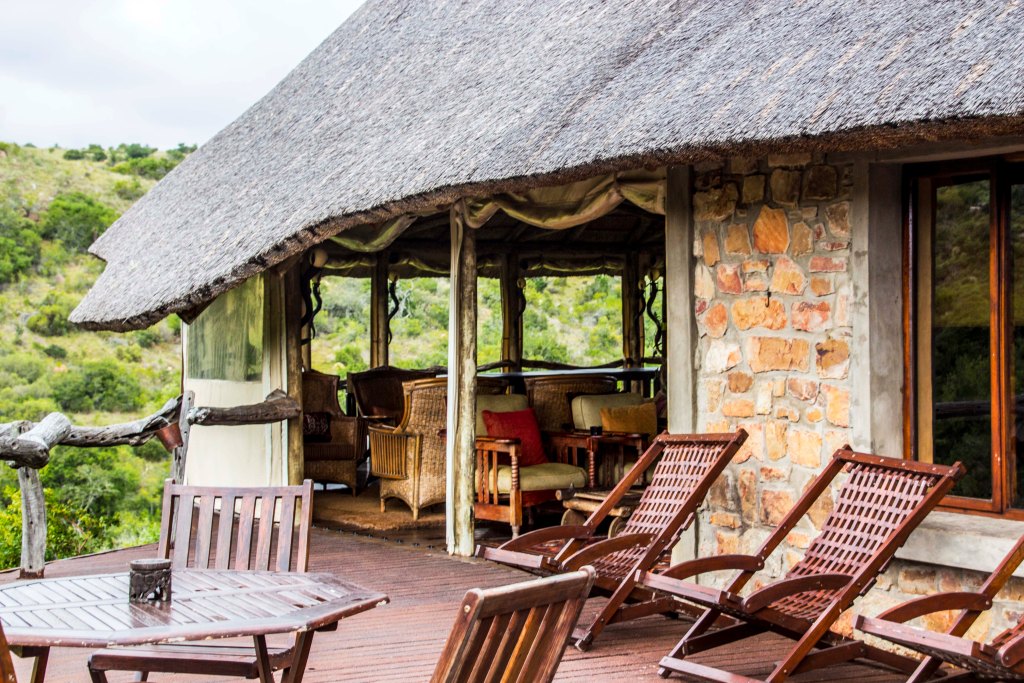 Having met the Nelsen brothers in Salt Lake City during early January, and having known the Stark’s and Penny’s from previous visits at the Dallas Safari Club, we knew we were in for a fun 10 days.
Dave and Ruth had planned their hunt with Carl at the Dallas Safari Club convention some two years ago via a good friend of John X Safaris’, Mike White. As the months ticked by leading up to their hunt, the excitement levels reached an all time high with the news that Bob and Jo would be joining them as observers on their safari. What we knew of Bob and Jo was very little at first, apart from the visits in Dallas, but what we’ve learnt since has opened our eyes to couple with talent. 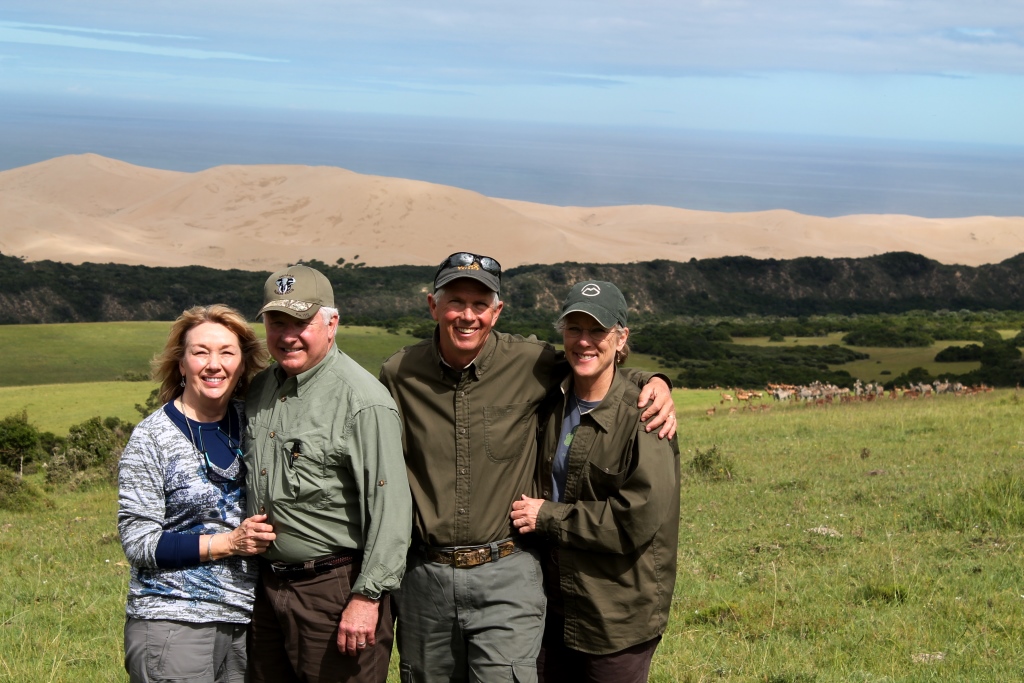 Bob’s skill with a camera is truly remarkable. Not a single day passed without Bob amazing us with his latest subject captured on camera. For those interested in photography, and for that matter African wildlife, here’s a man to consider talking to prior to your next safari. His pictures are breath-taking…..

As for Dave and Ruth, they were here to hunt, joining up with Professional Hunter, Greg Hayes. With April turning into nothing short of a Waterbuck festival. Dave hunted a magnificent bull along the dunes of the Indian Ocean, while making the most of an Nyala opportunity too.

Having spent the first leg of their hunt in the Great Karoo, they harvested Gemsbuck, Kudu, Hartebeest, and Springbuck to mention a few. The match up of Greg as guide with the Stark’s and Penny’s was one of the nicest things to observe from their hunt together. The friendships formed on safari are often some that will last a lifetime, something tells me this wont be the last time you’ll hear from this team.

While the Penny’s were capturing amazing pictures on film and the Stark’s were making some great shots out in the field, the rest of us were enjoying a fun-filled 7 day safari with the Nelsen’s and Schneider’s. 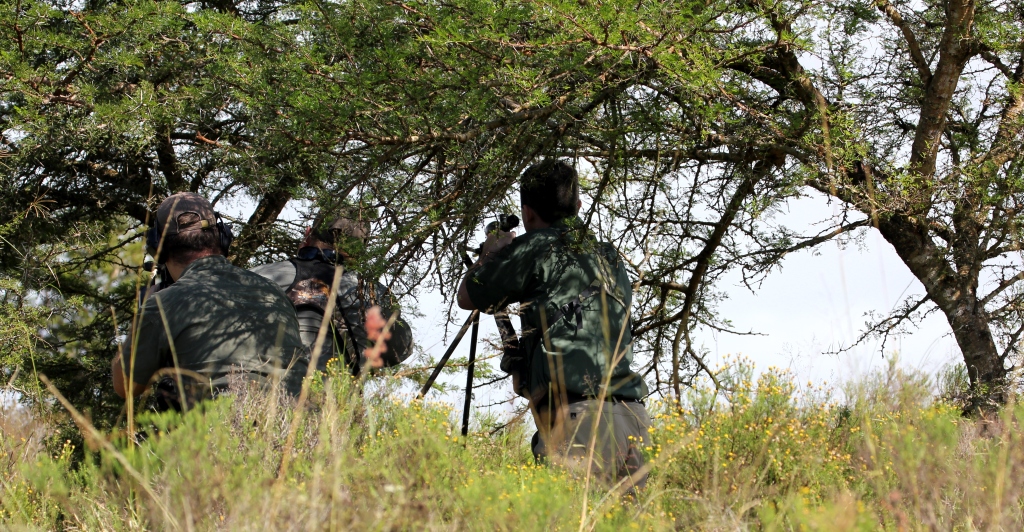 Videographer, Jo Vermaak, joined the hunt capturing every second of action on film.

Jason and Tracy Nelsen joined Professional Hunter, Mike Currie, for their first taste of Africa. Jason was after a number of plains game species, with the emphasis on an East Cape Kudu and Gemsbuck. In the end he hunted quality trophies of both, while making the best of a number other species. Towards the end of the hunt we even saw Tracy join the action with a beautiful old Zebra stallion.

Good friends Mike and Renee Schneider had joined the Nelsen group, with Mike going after a number of species with his bow. Teaming up with Professional Hunter, Ross Hoolle, worked like a charm, as both men are passionate bow hunters. Some great hunts were enjoyed by both, and some even more exciting follow ups with Bongo rounding up an Impala that nearly got away. One of Mike’s biggest interests on this hunt was a Fallow Deer, and in particular a rich chocolate-colored stag. How they got it all right nobody knows – but Mike sure was a happy man with his long-awaited Fallow Deer.

Late on the last afternoon of Mike’s hunt, Thandixolo, their tracker, spotted a particularly big Cape Bushbuck laying up in the tall grass. At first Mike wasn’t interested…. until Ross finally told him not to make the biggest mistake of his safari. 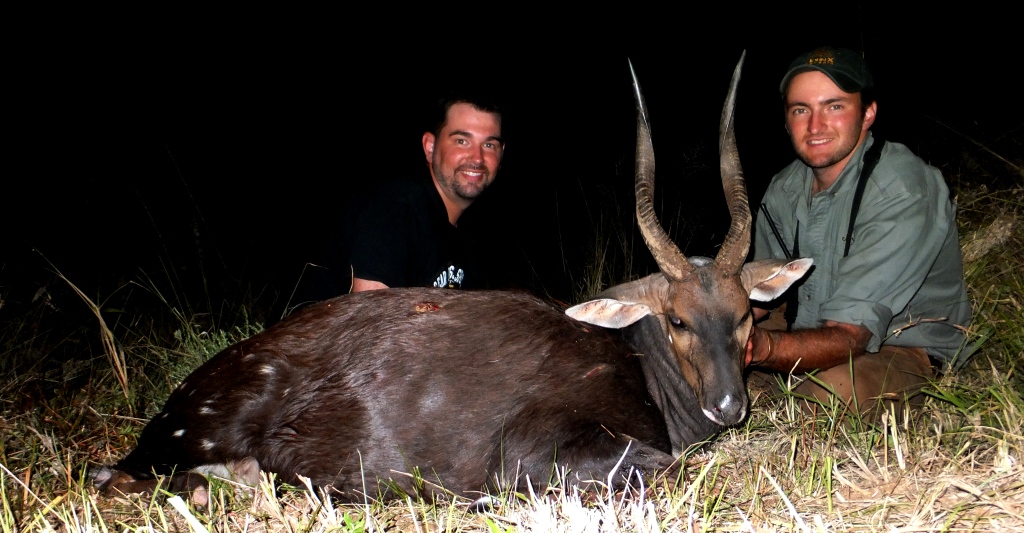 And thank goodness he didn’t… What a monster!

“In April my wife and I spent 7 days on safari with John X Safaris in the Eastern Cape and Great Karoo. From the moment we stepped off the plane our experience with John X Safaris was nothing short of the most fun we’ve ever had, and likely ever will have. Everything, including the accommodations, service, hunting, culture, food, property, etc. was so much better than we could have ever imagined that it’s difficult for me to put my experience into words. What Carl and his lovely wife are offering in South Africa is truly incredible. My entire life I’ve read and dreamed about hunting in Africa. The 7 days we spent with John X Safaris blew those dreams out of the water. I would tell Carl each day (if not more) that I should have paid 5 times what I paid for our safari.
As we were traveling with two other couples we vetted dozens of other outfitters prior to settling on John X. We ultimately chose John X based on the recommendations of several of their past clients. Even though everyone we spoke to couldn’t speak highly enough of John X, none of them came close to preparing us for how unbelievable our experience would be.
One final note, at the recommendation of Carl we also hired Video Africa Productions to film our Safari. I am extremely grateful we did so. Not only was Joe a world-class videographer with some of the most incredible hunting stories I’ve ever heard, but for my wife and I to be able to share our experience with those who couldn’t be there with us (including our children) is truly priceless. I would strongly recommend that anyone heading out on safari hire Video Africa Productions to film your experience.
To Carl, Etresia, Richard, Mike, Joe, Sticks, Lauren, Greg, Kelly, Hendrick, and all the rest of the staff at John X, THANK YOU for giving us the trip of a lifetime and an experience I’ll treasure for the rest of my life.”

Thanks for the kind words Phil – as we’ve mentioned before, your review not only left Trish and myself speechless, but our entire team. Thank you very much for the great feedback.
Prior to the start of their safaris, both Tracy and Paige took on extremely passionate active roles in our John X Safaris Humanitarian Initiative for 2014. This year sees us once again support Nomzamo Pre School in Grahamstown, with Tracy leading the charge on a number of initiatives. The Nelsen kids have also gotten involved through their parents and to date the families have contributed $1000 towards further upgrades at the school. What their efforts mean to us,  the kids, and teachers, at the school goes far and beyond what words can describe. We are forever grateful to all whom have contributed and continue to do so – Thank you.
While out on safari Tracy and Paige decided to skip a day of hunting and joined Trish for a day of giving. They went surprising the kids at the school….

As with most safaris with us there’s more to the journey than just hunting, especially if there are non-hunters joining the hunt. This safari was no exception to the rule. We had some fun on our days off…

As the end of the month neared we saw the arrival of Louie and Heather Lantz. The Lantz’s form a special part of the John X team, with Heather heading up a large part of our marketing campaign. Over the years they have become like family, with Heather’s daily involvement growing each year. What she does for John X Safaris is more than most will ever know, so this time it was our turn to give back to one that gives so much of herself each day. We hope you two enjoyed it as much as we did!

We’re sure you would agree in saying that the month of April was a big one at John X Safaris. Many happy hunters enjoyed our renowned areas in the East Cape with quality experiences ensuring new friends left the African continent already planning their return trip.
For now it’s good hunting until next month – Enjoy the outdoors, do so responsibly, and share your passion to hunt with the youth. The future of our hunting heritage ultimately rests with them.
We’re off on safari… the bulls are rutting.
For more information and current updates about John X Safaris; follow us on Twitter, connect with us on Facebook and visit our Website.