We’re hunting and not shooting 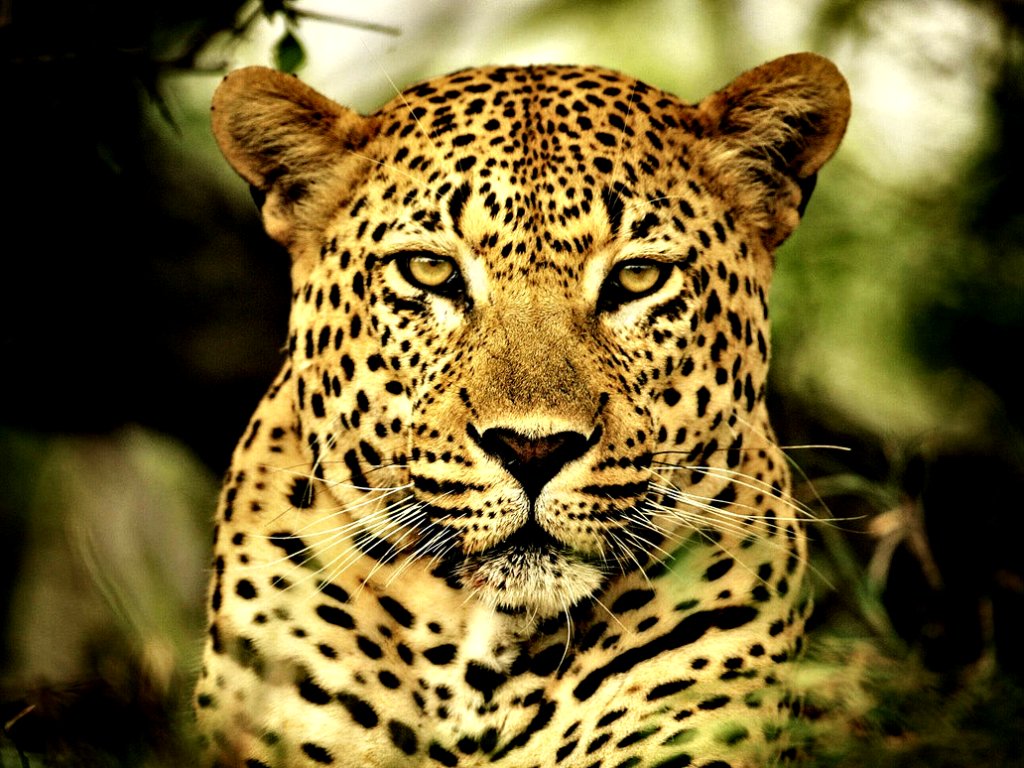 It had been another all “nighter”, the stakes were high and the odds had not been in our favor. Four trucks had been out looking for tracks for the last four nights, an additional two from the usual schedule for the past 17 nights – we were determined. No one likes losing, least of all losing two in a row. As the rising sun made a spectacular entry from the east, I knew we were beaten – humbled by one of Africa’s most mysterious creatures.

Within hours we were taxiing along Mungari Rio, Runway 16-34, a secluded bush strip in the middle of the Zambezi Delta, Mozambique. Our pilot Josh revved the engine for the last time before easing the Cessna 206 into a south-easterly direction. Within minutes we had covered the 25 miles to the swamps, enjoying the view of hundreds of Cape Buffalo and Elephant, before turning west along the coast towards Beira. As the terrain skid by below us our minds drifted off into a forgotten era, Africa’s wilderness had left us in awe – romanticized by her raw beauty. We may have come up empty-handed on a couple of Leopard, but not in the journey that is the true essence of a safari.
But let’s rewind the clock by three weeks, I had my good friend, Johnny Posey, desperately trying to get comfortable on the sticks as the weary old Nyala entered the shooting lane. He had been in and out of the forest, with Johnny, Mike, Temba, and myself, closing the distance between us and him as fast and quiet as possible. 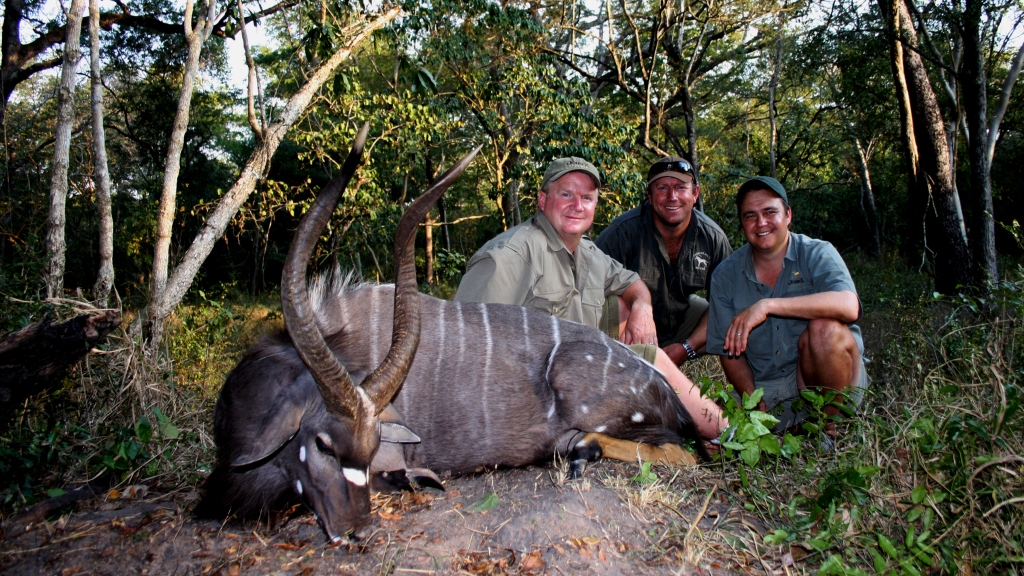 As the bull cleared Johnny squeezed off his 338, the bull lunged and took off at a rapid pace disappearing into the undergrowth. We tracked him for about 100 yards before finding him piled up with a well placed lung shot. A magnificent bull to say the least!

Together with a world-class Nyala , Johnny hunted a selection of Zambezi Delta specific species, with one of my favorite being his Livingstone Suni. An important member in his growing Tiny 10 collection.

So while our days were being filled with plains game hunts it was our nocturnal activities that kept us riveted, patiently waiting for that leopard track to show. It was not until night five, when the PH’s and trackers clearly showed signs of anxiety that our luck began to turn.
A track had been found by one of our trackers and the hounds were released immediately. First it was Karel, the head dog of a bitch only pack, then it was Botswana, Boesman, and Daisie, with the rest coming up the rear. For much of the way the track proved to be a cold track, and it probably was as the hounds never sang in one voice, a fairly disjointed chase. Either way, as Coenraad and Live, our hounds man neared a tree, passing beneath it, they noticed that the hounds had lost the track – with that cold sickening feeling Coenraad peered up with his headlamp. Right above him, mere meters away, a Leopard sat quietly peering down at the activity below. Lights were switched off immediately and they moved away until all were in position. 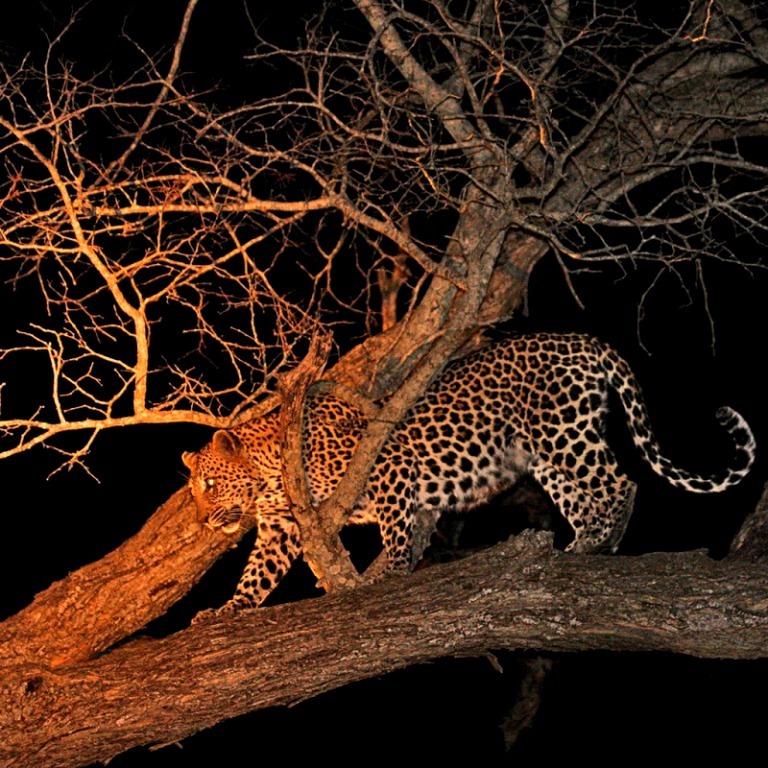 We regrouped and went in for a closer look – this time ready to take the shot if it turned out to be a good Leopard Tom. After closer investigation it was agreed that in fact this was a female – and most certainly not what we were after. We all moved out quietly, while Coenraad returned on his own to call off the hounds.
From about 80 yards out we witnessed one of the most impressive sights I’ve ever witnessed with hounds over the years. Coenraad walked within 20 yards of the tree, blew out a loud whistle before shouting;”loss hom!” And then it was as if someone had turned off their barks – silence fell within the pack with those two simple words, directly translated from Afrikaans as, “leave him!” Anyone who has had the privilege of hunting with a well-trained pack will agree with me that even the best trained hounds take some convincing to leave their quarry in one single command. If only I could have captured it on camera, but unfortunately the sound without any light in the dead of night would never have been able to relay the experience like being there that night. 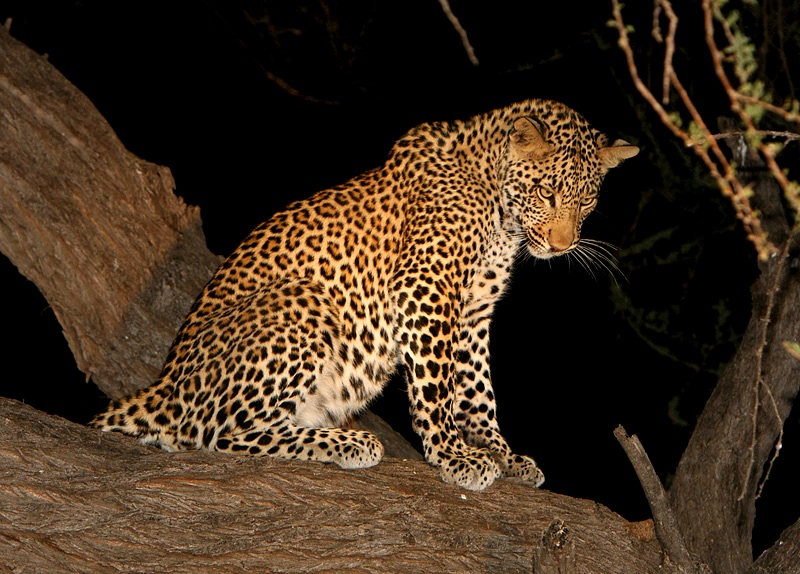 A special night it proved to be – we had left the beautiful female to rest at the top of the tree, not bothered with a thing in the world. Come to think of it now, she never showed any sign of aggression, which is strange for a Leopard, but then again I’d question her understanding of the danger? Had she ever seen or heard a hound before? The wilderness she calls home knows no such animal such as a domestic dog, due to the Tsetse fly, the carrier of sleeping sickness, and the few humans that do live there would make an encounter opportunity fairly rare.
Having put a cat in the tree, saw a change in fortune and attitude. Desperate looking trackers and PHs regained that measured look like a team mere days away from success – drooping shoulders and tired eyes were a forgotten hindrance. 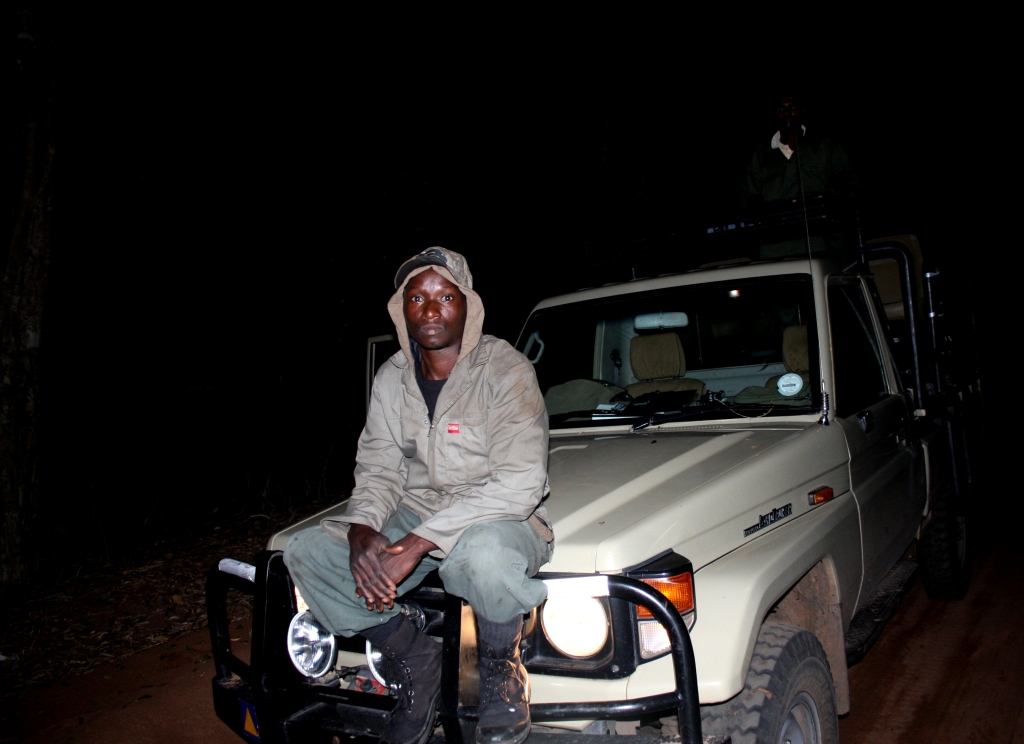 The following two evenings saw no further signs of cats, but on day eight, things took a turn in the right direction. Anton, one of the other PHs’, had found a Leopard kill that morning and suggested we take a closer look. The Leopard had killed a mature warthog and had dragged it for more the 200 yards, before covering it with foliage. That evening we returned hoping to find it had returned and that a clear track had been left. 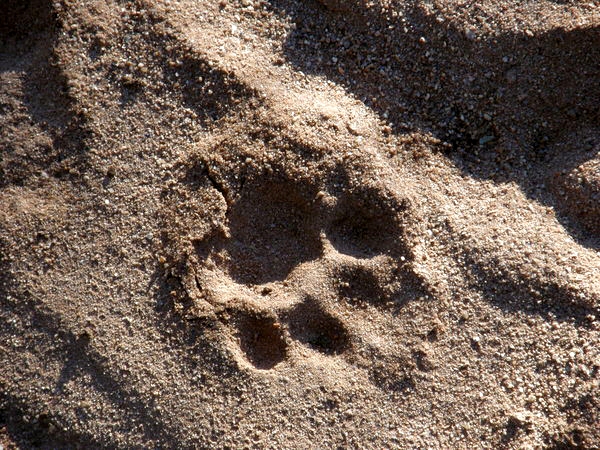 As we had hoped for, the cat had returned, eaten a lot for a Leopard, and left the biggest track I’d ever seen in the Delta. This was a huge Leopard. Excitedly we released the hounds – this was it. Within seconds there was more than enough voice from the hounds to indicate that this cat had recently been in the vicinity. They all disappeared into the night for the next 6 hours.
After 6 hours a dejected team returned to the truck, the sun was mere hours from rising – we had lost the track after it had crossed a freshly burnt area. A bushfire proved the determining factor between us and our prized cat. It was time to catch some shut-eye. We were all exhausted. 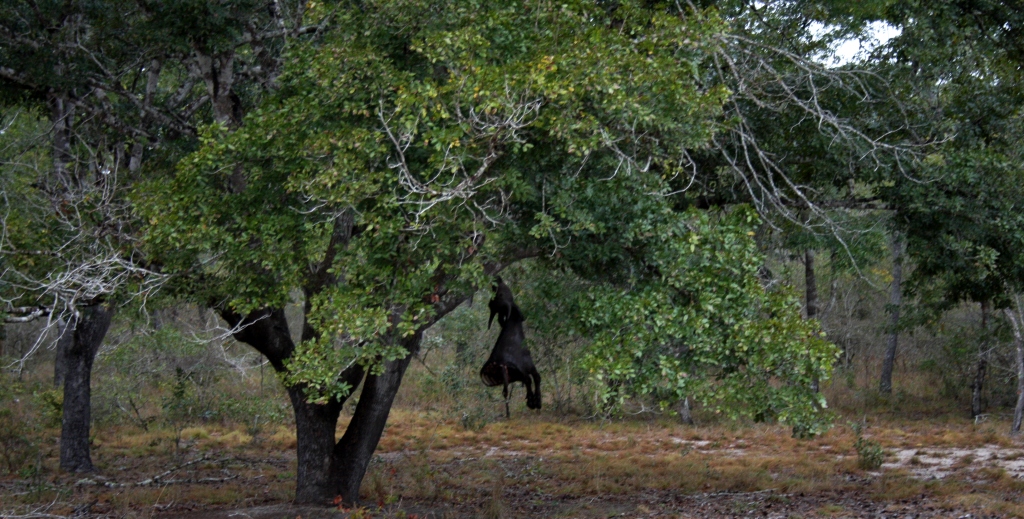 A couple more female tracks were found and for one last time, the warthog killer too, but this time the track was just too old, the dogs couldn’t do much with it after the early morning dew had settled over it. All scent had dissipated.

Johnny left Mozambique gracious in defeat, appreciative of the effort, but disappointed. So were we. As a team, we had done everything we thought possible – dragged the roads, hung baits, spent every night out in the bush – searching for that elusive track, but in the end we came up short. It just wasn’t meant to be….
BUT before Johnny left Mozambique an unbelievable opportunity presented itself in the form of a Selous Zebra. Now all of you would have heard about a Zebra, most of you would have enjoyed the opportunity to hunt one along the line somewhere in Africa, if not with John X Safaris. Few people realize there are three main Zebra species, namely the Burchell’s, Hartmann’s Mountain, and Cape Mountain Zebra. There are also a number of sub-species, with the most common ones being the Chapman’s, Grant’s, and Grevy’s, but very few would have heard of or seen a Selous Zebra before. Reason being they’re EXTREMELY rare.

In fact they’re so rare they only occur in the Sofala and Gaza provinces of Mozambique. They have clean black-and-white banding without the brown shadow stripes, which extended down the flanks and over the entire body, including the shins all the way down to the hooves. The upper half is covered with horizontal stripes, with the belly partly striped. At the conclusion of the war it was believed there were a mere 100 animals left in the Marromeu district of the Sofala Province, but soon after more animals were found with improved censor techniques. 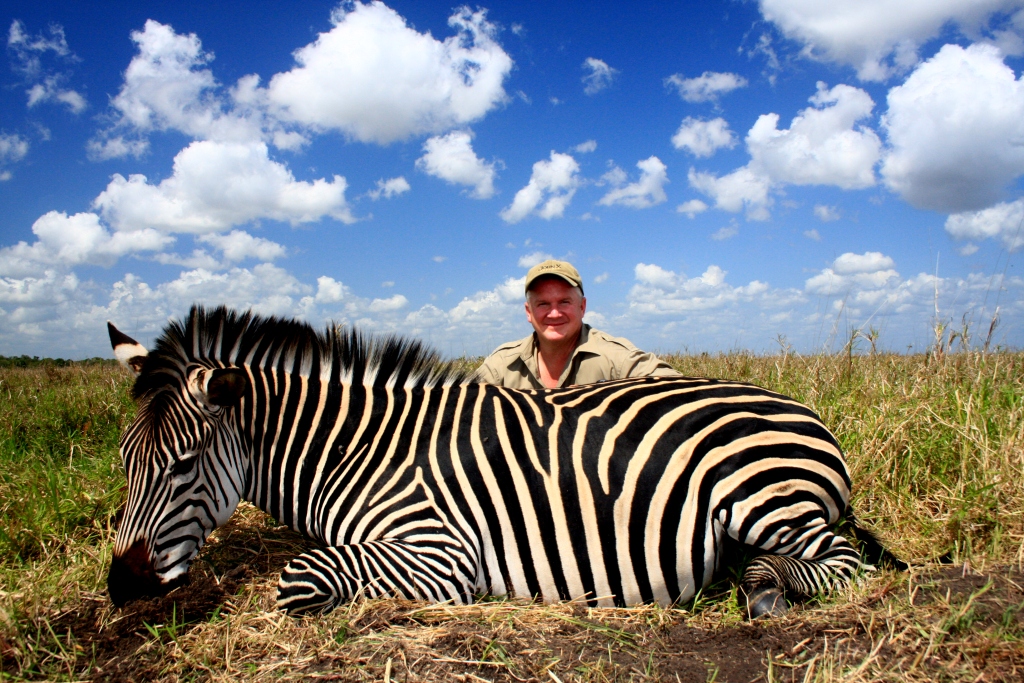 Today, 20 years later, and thanks to the safari community of Mozambique, driven by hunters from all over the world, their numbers have returned to a sustainable figure, allowing a quota of two Zebra per concession per annum. Johnny just happened to be in the right place at the right time scooping up the opportunity of a once in a lifetime trophy!
For more information and current updates about John X Safaris; follow us on Twitter, connect with us on Facebook and visit our Website! 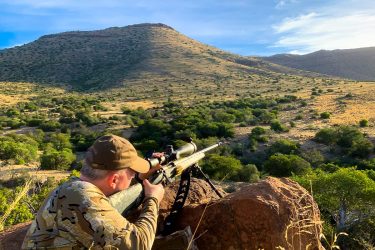 On Safari with their Custom’s 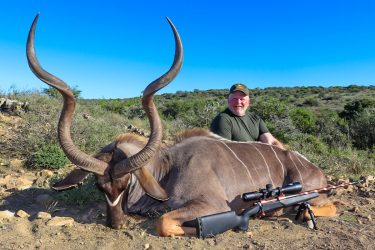