This year saw the return of Max and Pam King once again. Having thoroughly enjoyed their first hunt with Professional Hunter, Greg Hayes, tracker, Bless, and Jack Russel, Jock, they were back to enjoy the diversity of the East Cape, as well as meeting the newest member to the team, Jackson. Thanks to Max we had diverted Greg off naming his new dog “Hammer” – Thank goodness for that! 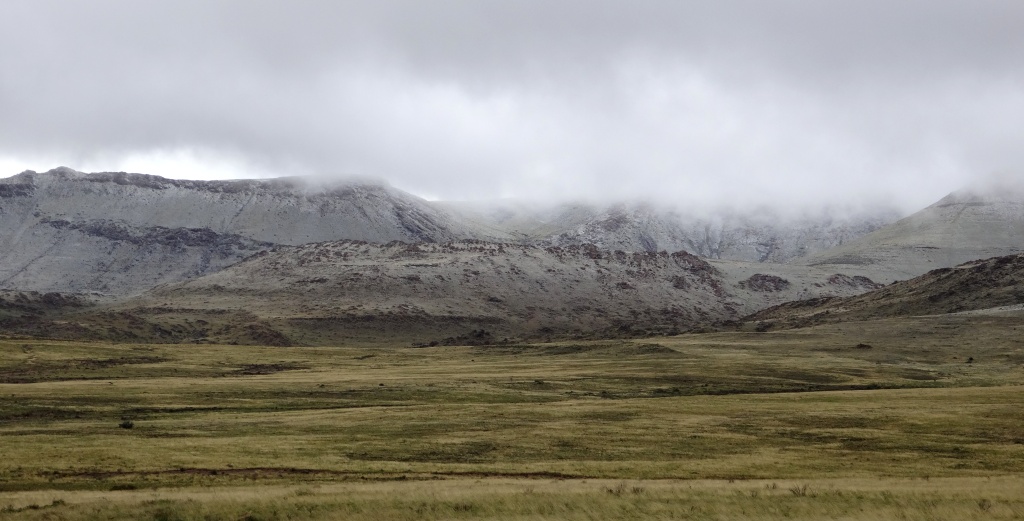 The plan was for the hunt to start in the north as a Vaal Rhebuck was one of Max’s priority species. Unfortunately, their arrival coincided with our first cold spell of the year.

Never the less, the guys kept at it, seeing a number of Vaal Rhebuck whenever the weather gave them the slightest chance. 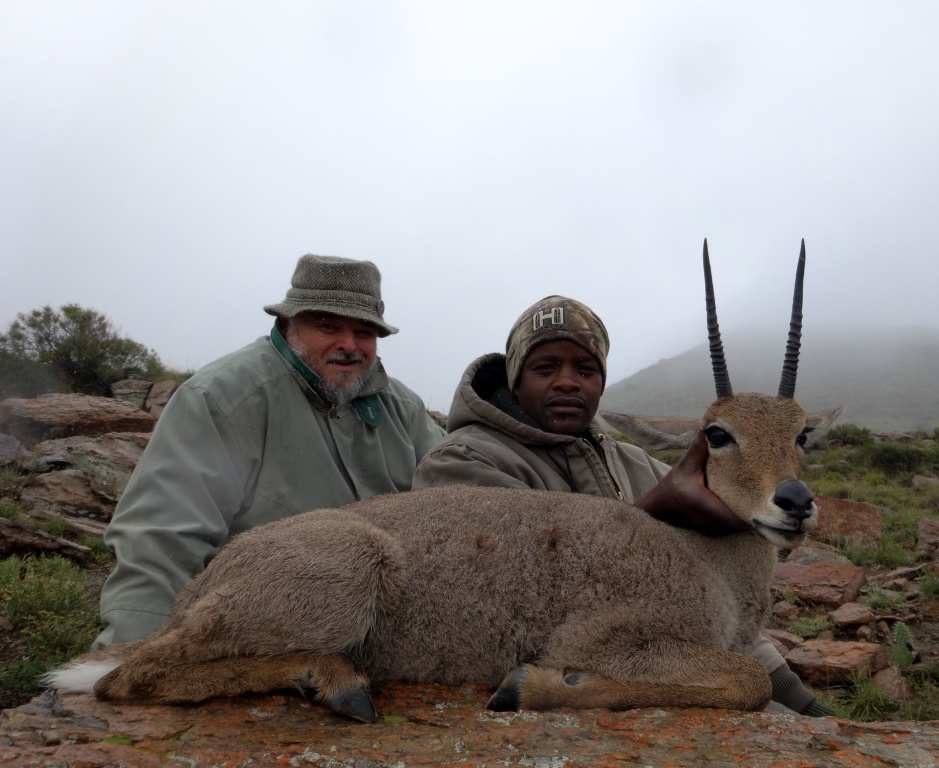 And when it finally did give them an opportunity they got lucky on a great old ram.

Having spent a couple of days in the north, the safari headed back south to warmer weather and a baited Bushpig that would gain legendary status by the time the safari came to an end.

The pigs were feeding beautifully night after night during the month leading up to Max’s hunt. The ground work had been done. The pigs were on bait and a blind was built. All it would take from here on wards was a bunch of patience and a little bit of luck. 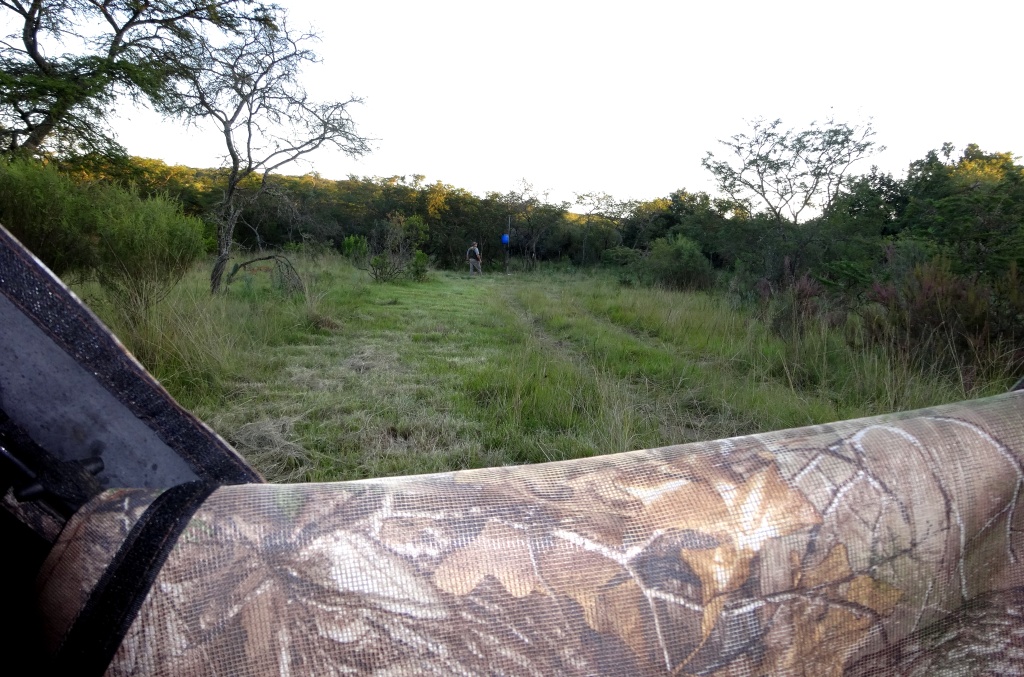 Past experience had told us, check your lights, get into the blind early, and wait – The guys did exactly that.

Night after night the guys headed to the blind. And each evening the sow and her piglet’s would come in to feed, giving the hunters enough action to keep their appetites going. 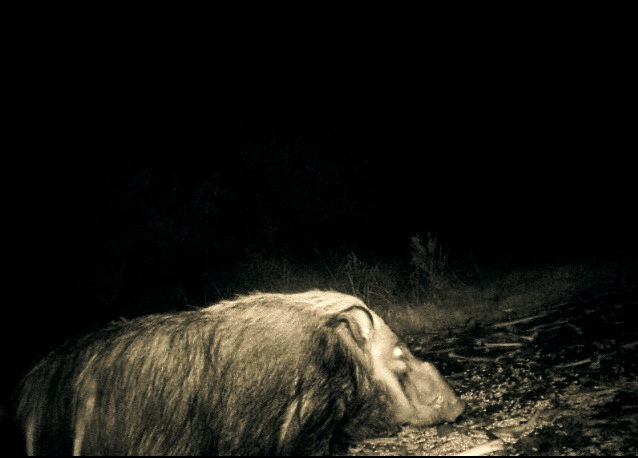 The boar not once came in with the sow and piglet’s, and when he did our cameras would catch him in action, feeding tentatively, as if he knew something was up.

Realizing this particular boar was somewhat of a “Chevy with different hub caps”, Greg and Max started looking around more and more each evening. Surely he wasn’t far? Soon they noticed the big old boar in the shadows beyond the feeding frenzy. He would pace up and down, but never dared enter the area under the feeder, where a dim red light was lighting up the outlines of the various pigs feeding contentedly. He had been happy to feed under the light all month-long, but now trusted his sixth sense.
Between their nightly vigils the crew kept their score ticking over each day, enjoying a number of good hunts in some beautiful country.

Then each evening, as the previous, they would head back for a rematch with the smartest Bushpig in Africa. And each evening they’d retire back to camp when all were worn out and done, having given it their best shot.
With the Bushpig hunting dominating proceedings it was decided that a break would be the best cure for two despondent hunters and a smart Bushpig. It was possibly the best approach after going at it that hard. 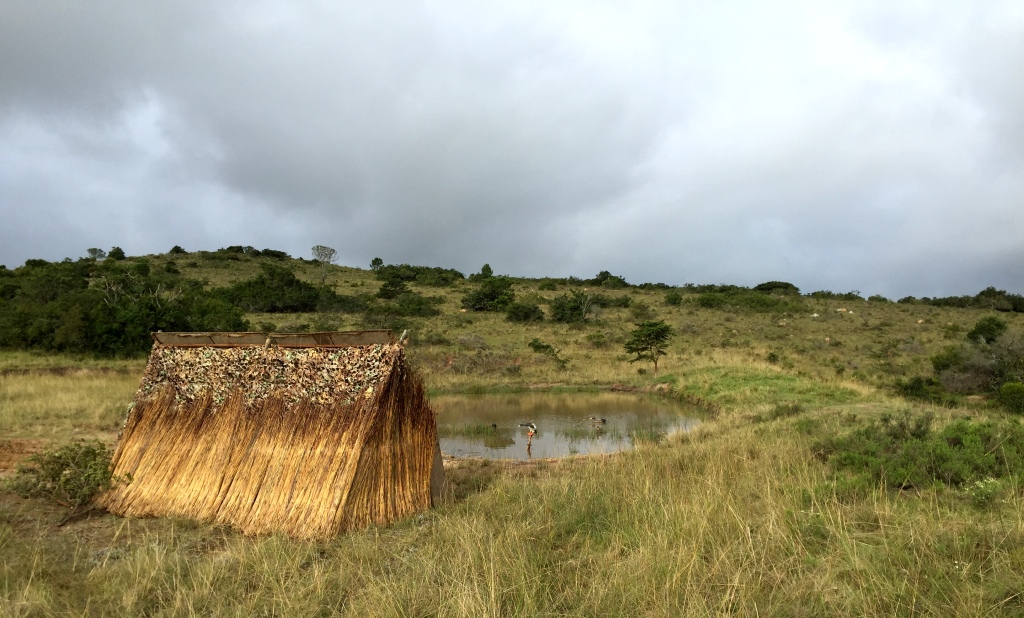 An afternoon duck shoot sounded like a welcome break. 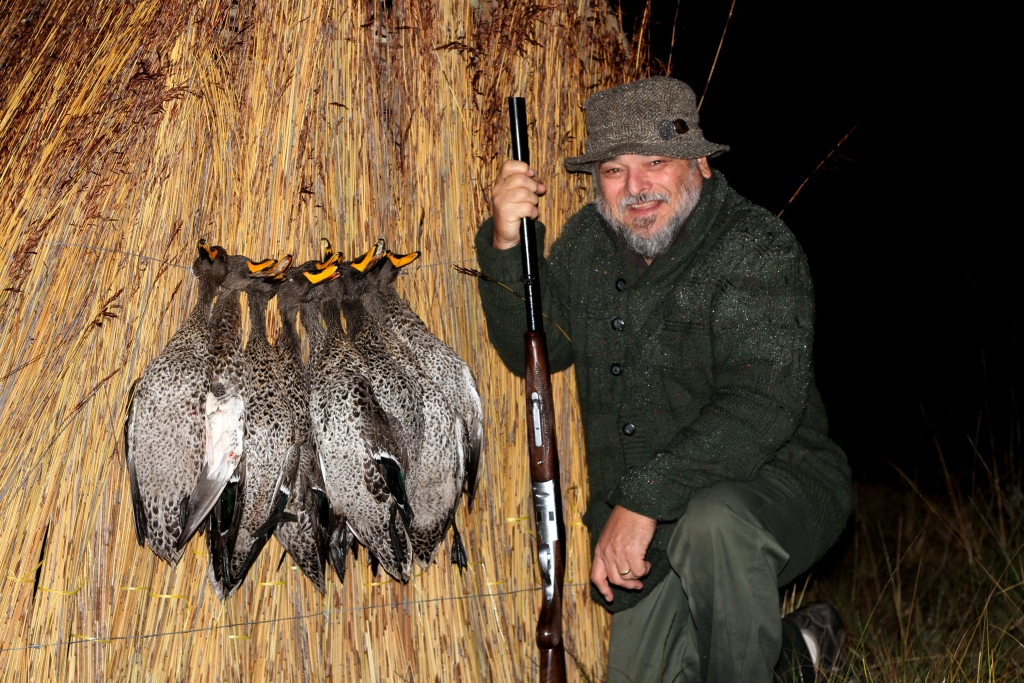 The birds came in hard and fast, giving us a great shoot right up until dark when all we could hear was the ducks hitting the water with nothing to aim at. An enjoyable afternoon to say the least!

On the second last evening of their safari, having sat in the blind for a fifth night, and still no pig to show for their efforts, Max dully summed up the match; “5-0 Retired hurt.”  They had given their all and then some. Committed and dedicated to the point of obsession right to the end.
And then on our last evening, while we were enjoying one another’s company toasting our friendship and the safari that had been, our fury friend decided to rub further salt into battered wounds…. 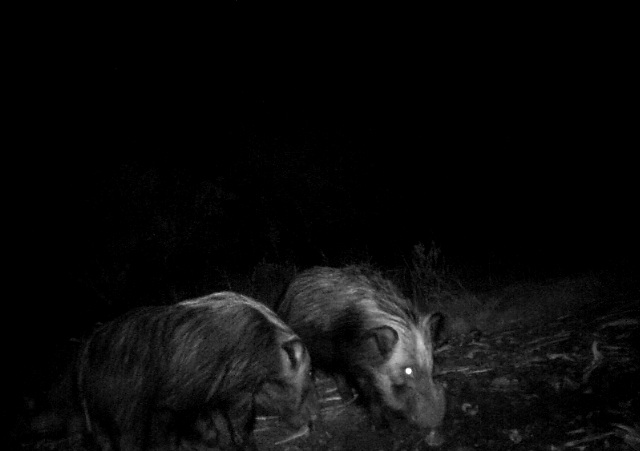 His sixth sense had won him not only the day, but the entire match.
For more information and current updates about John X Safaris; follow us on Twitter, connect with us on Facebook and visit our Website!