By Professional Hunter, Ross “Stix” Hoole
As you look towards your next safari you may not be giving much thought to the Pygmy Antelope of Africa. There is a definite attraction to hunting these often lesser known species. Those whom have started their Tiny 10 collection will vouch for the addiction that arises once you’ve been introduced to the unknown. The collection will take one across various countries, incredible terrain, and cover numerous methods and aspects of hunting. 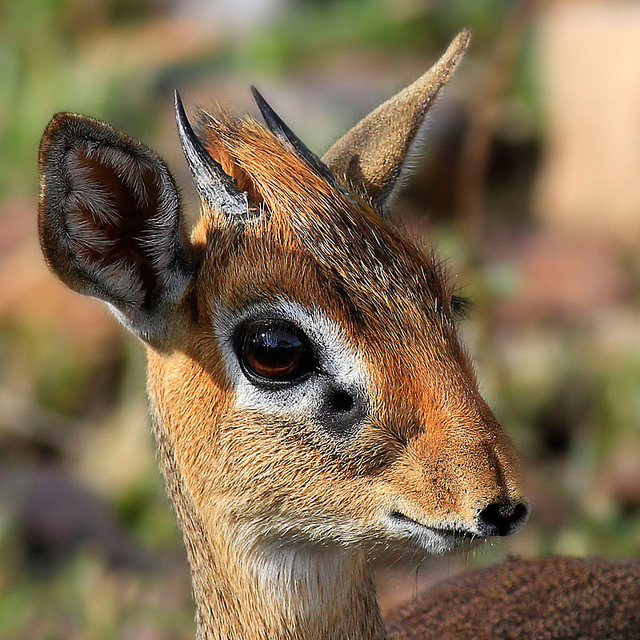 For me personally, as a professional hunter, not only are each of the members of the Tiny 10 unique, but the hunting methods involved when pursuing them are varied, keeping one honest as a guide. Not a day can pass when one can sit back and rest on your laurels thinking you’ve mastered the mountains both physically and mentally in the quest for Vaal Rhebuck and Klipspringer, only to be brought back down to earth in the pursuit of the minuet, Dik-Dik, Suni or Blue Duiker. 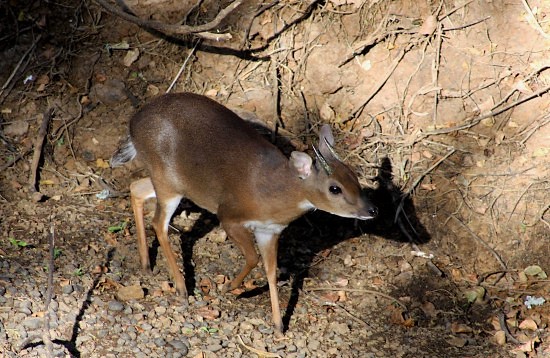 Suni are down right nippy, a flick of the tail and a sharp hissing blow and they’re gone. A Blue Duiker can see one sitting in a hide, waiting for as long as 4-6 hours testing your absolute patience, or giving chase with Jack Russel Terriers leaving ones heart racing with exhilaration. I truly believe that a safari incorporating a number of the Tiny 10 will give you, the hunter, the opportunity to see the best of “Africa’s unchartered territory”, but also leaving you with a sense of achievement having hunted a unique group of species that takes a bit more than your average hunt.
An example of a typical tiny ten collection addition to your safari could start on the coast. Having risen the first morning at first light you get up high making the most of vantage points spotting for various species. An hour after sunrise, a big old Common Duiker ram steps out. You put in a great stalk skirting around a family of Warthogs and two Bushbuck ewes going about their business with the utmost discretion of secrecy. 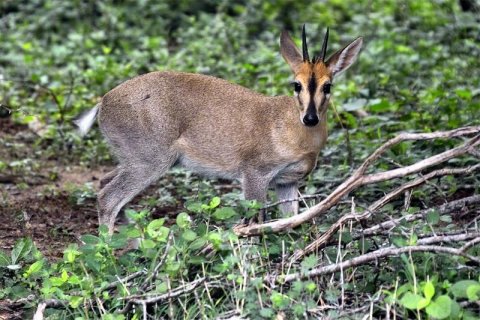 He appears at 80 yards ahead of us and you bag your first tiny antelope for the safari.

Later that afternoon you spend time glassing for Oribi, but unfortunately an old ram is not spotted. The views of the Indian Ocean and the sound of crashing waves in the background sends you off on a day-dream to the following morning which sees you up at 5:00 AM. We head straight east, towards the ocean. Our tracker, Thandu Xolo, drops us off in darkness at an obscure hidden entrance into the forest. We stalk down a forest path, there is a pop up blind with two cushioned chairs and a rifle cradle already setup. We load the rifle as quietly as possible and sit in silence, knowing that half an hour before sunrise could see the first Blue Duikers active, visiting our strategic water hole. 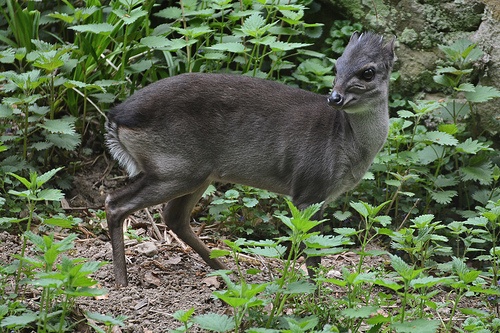 With a stroke of good fortune and two hours later, a female is followed by a ram. Silently and slowly we take aim, the shot echos in the valley. You have just harvested the tiniest of the South African Antelope.
With much excitement we continue our safari adding some local specialities like the Cape Bushbuck, East Cape Kudu and Bushpig, before heading to the Great Karoo. Since you are a few days in now, the jet lag has worn off, and you’re feeling good to take on the high country after our much coveted Vaal Rhebuck. 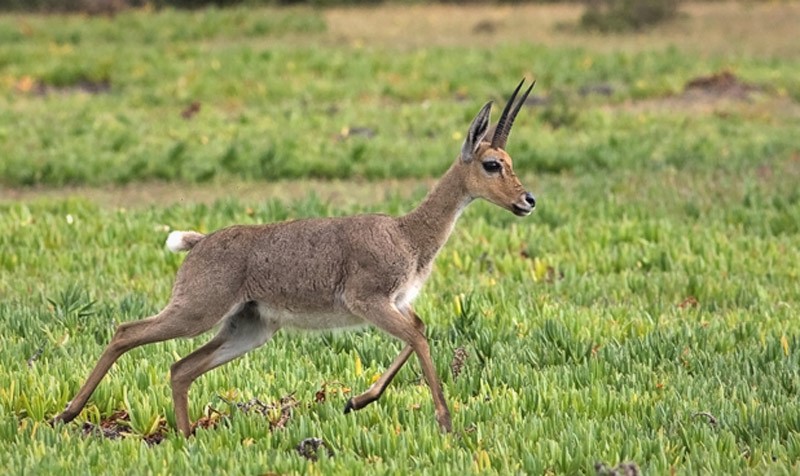 After two days of hiking around 5500ft and being busted on numerous occasions, having covered enough miles for your annual step-counter to be satisfied, we eventually earn a trophy animal worthy of centre piece in your trophy room. Keeping to the open plains we harvest a Steenbuck in the spot and stalk manner at last light, as the ever impressive Karoo sunset and a lonely African Night Jar welcomes the first signs of night fall and the thought of a crackling camp fire. We toast to your success as our safari draws to an end, with only the “bush TV” in the glowing embers of our dying fire seeing you drift off in thought already planning the next of your Tiny 10. Will it be a Klipspringer, Cape Grysbuck, or the Oribi we missed out on? Or possibly a visit to Mozambique for Livingstone Suni and Red Duiker, or a trip the Namibia for the Damaraland Dik-Dik? Who knows? You’re addicted and you’ll be back to complete the 10.
Having successfully guided every member of the Tiny Ten, the addiction didn’t stop at my hunters. My enjoyment of pursuing this select group of species bubbled over into a personal quest. During 2015 I opened my Tiny 10 account with a magnificent old Steenbuck ram, and ever since I’ve made a decision to pursue one of the ten annually.
Come the end of 2016 saw myself, Jose, and Ozzie from GTS Productions get together as friends for one last hunt of the year! I packed my .375, loaded it with 300gr solids, and sighted it in at 15 yards, and then headed out for a Blue Duiker.
GTS Productions captured the entire hunt as it unfolded – Conditions were terrible, but knowing this ram was so habituated to frequenting this waterhole, I hoped that habit was going to play a far more important role than weather. Sitting silently lamenting the heavy wind and now some drops of rain – the ram came marching in. I recognized the shorter horn immediately, made one check that Ozzie was rolling and took the shot.

I was shaking like a leaf admittedly, to my surprise. This was everything I could ever want in a trophy animal – old, missing teeth, heavy horns which were heavily worn, an indication that he was well past his prime. I was so excited and suffering from ‘buck fever’ that when Jose saw me his comment was; “Are we hunting Leopard here? Why you shaking so much!” Such an amazing trophy highlights the necessity of trophy hunting – focusing on taking out the old ram or bull, the ones past their prime, and still utilizing the entire animal, essentially immortalizing them on our wall so that they may be admired for generations to come. 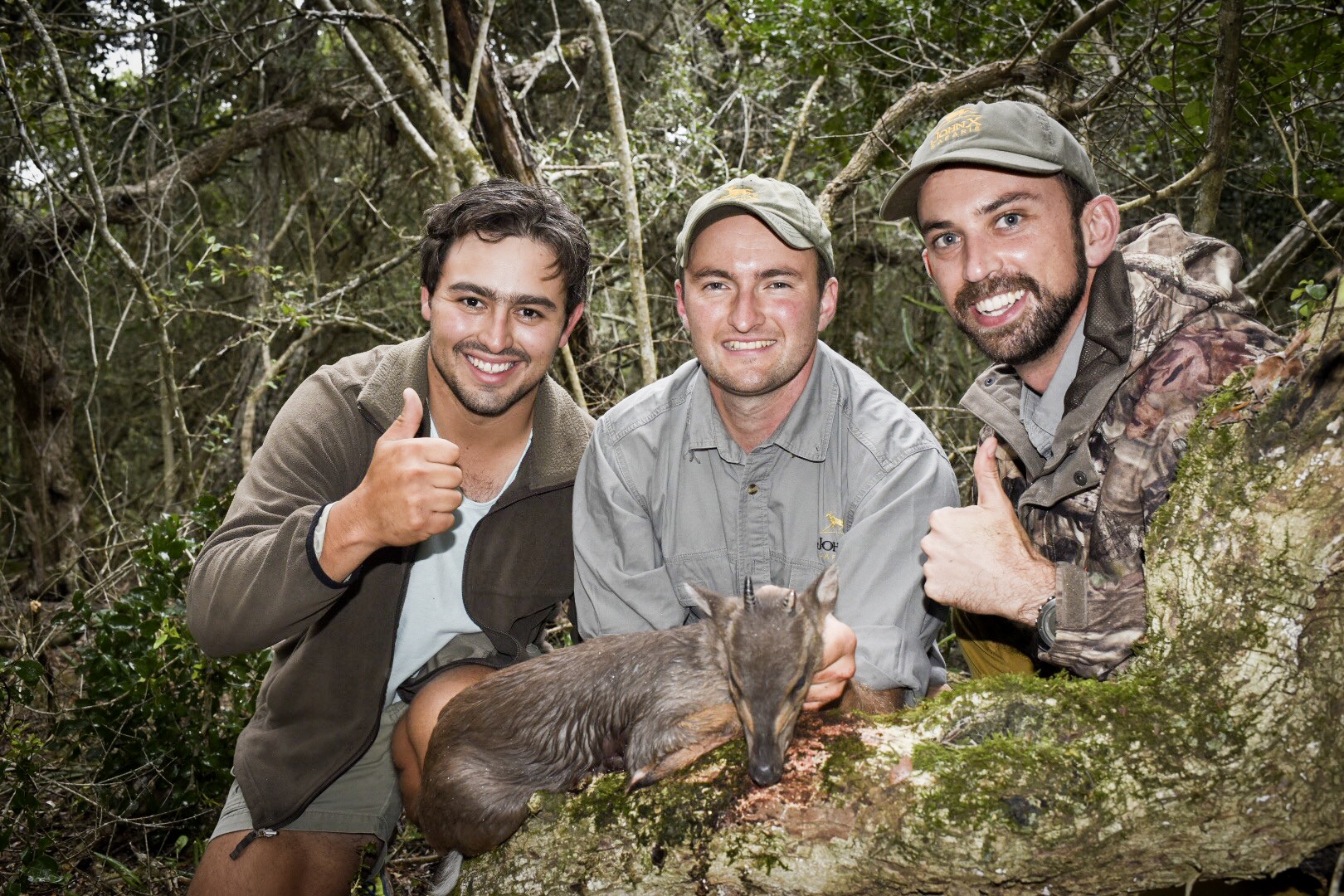 Another world-class addition to my Tiny 10 collection. I’m not sure what will be next, but I’m certain it is going to be a lot of fun!
Why don’t you add one or two of the collection to your next hunt with John X Safaris… You won’t regret it!
For more information and current updates about John X Safaris; follow us on Twitter, connect with us on Facebook, subscribe to our YouTube Channel and visit our Website.