There’s something profoundly exciting for even the most seasoned of African travelers when staring down at ones boarding pass for the day….Port Elizabeth to Johannesburg… A short lay over and then onto Libreville, Gabon, and finally onto Douala, Cameroon. 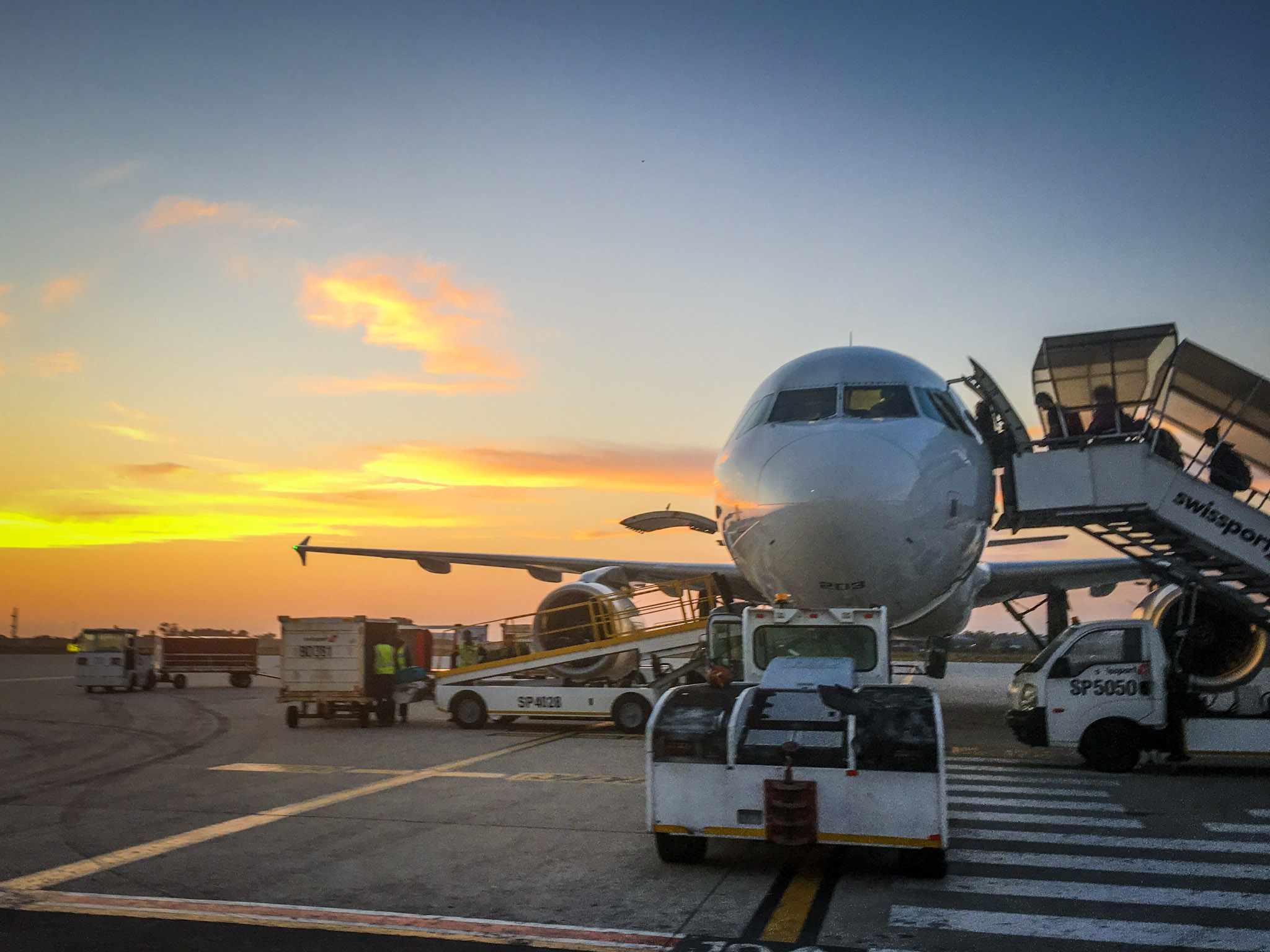 For Jeff Edland and Luther Dietrich, my friends from North Dakota, in the United States, it would take more than a day.  For them it would be Fargo to Minneapolis, then an international leg onto Paris, France, before catching the Air France connection to Douala to meet up with us.
Ahmadu, our driver, a tall man from the Fulbe tribe, and Simon our translator, were waiting for us upon arrival. Passport control and customs turned out to be another interesting take on a first world concept, practiced by locals in a third world country –  neither sure how or why they were required to perform the duties they were expected to perform. Let’s face it, a small booth in a large terminal manned by an individual staring at a blank screen pretending the computer’s power cord is somehow connected via blue tooth doesn’t instill the world of confidence in the system or concept. Maybe it’s job creation – who knows? Either way, there was no doubting, we had arrived in west Africa.

The locals are friendly, smiles abound, with a French dialect adding a certain sense of exoticness to the destination when spoken by Africans. The atmosphere of a busy African city is electrifying set upon a humid and stuffy climate. Modern skyscrapers play neighbors to run down slums. Small market vendors line the sidewalks, while the infamous Marche de Fleur ( Flower Market) takes a traditional African market to the next level. Anything from exotic reptiles sourced in the tropics, to grave robbed masks, and century old stone figures, are combined with aggressively negotiating Africans, making for one crazy shopping experience. Don’t go if you’re not willing to batter, it’s an age-old African custom, one they consider essential in every purchase. 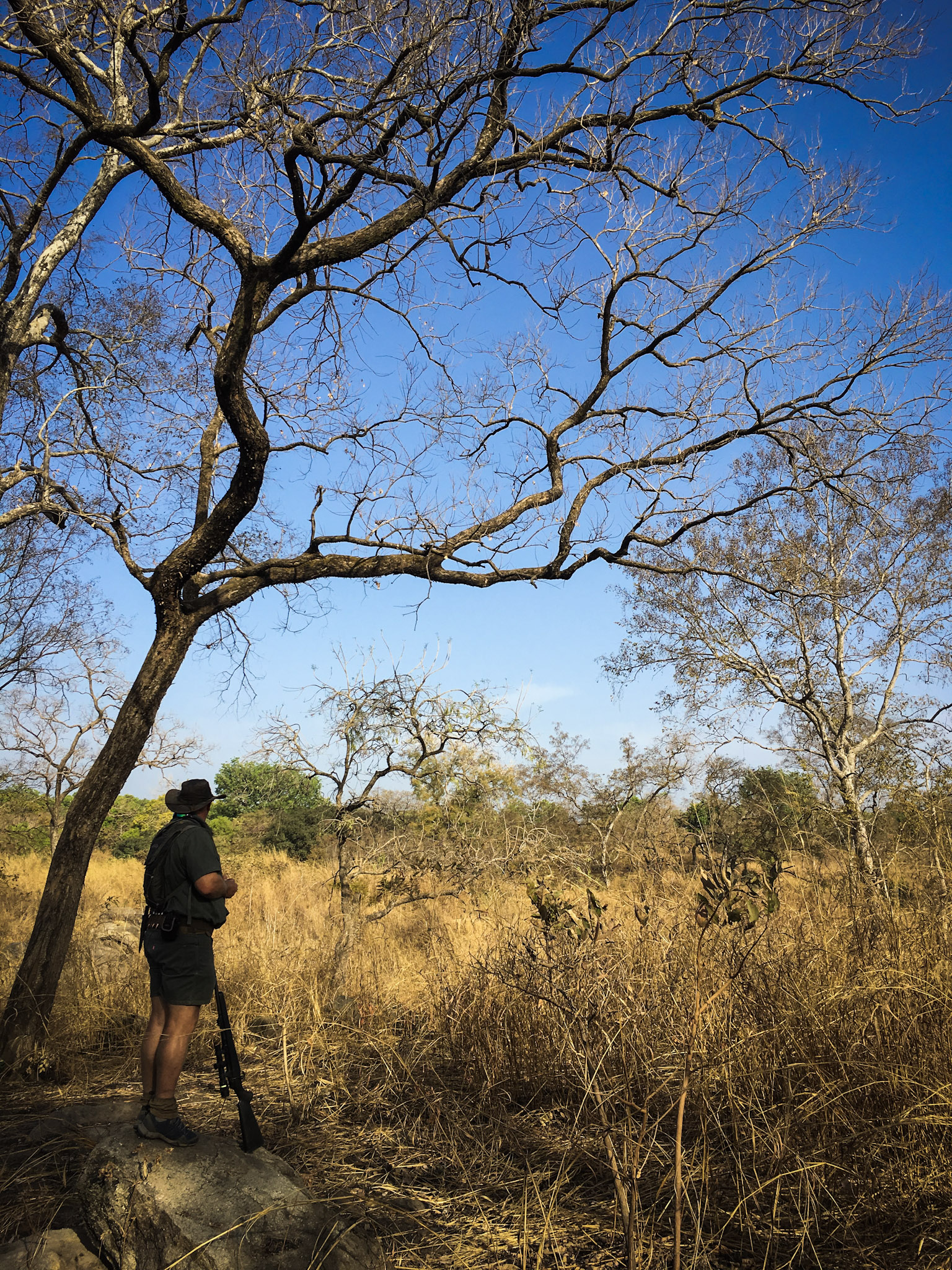 From Douala we caught the Camair flight to N’Gaoundare where we were met by an old friend and Professional Hunter, Mike Currie. Mike was the reason we were in west Africa. I had the privilege of sharing a couple of seasons with him when he joined us in the East Cape some years ago, and ever since had become great friends. He had first come to west Africa in 2005, starting with Club Faune in CAR, before moving to Cameroon after the rise and spike of activities by the Sudanese Ivory poachers had reached its climax in 2007. Like Mike says, it’s was no fun tracking Giant Eland to a chorus of AK47 rounds popping in the background. He moved just in time. 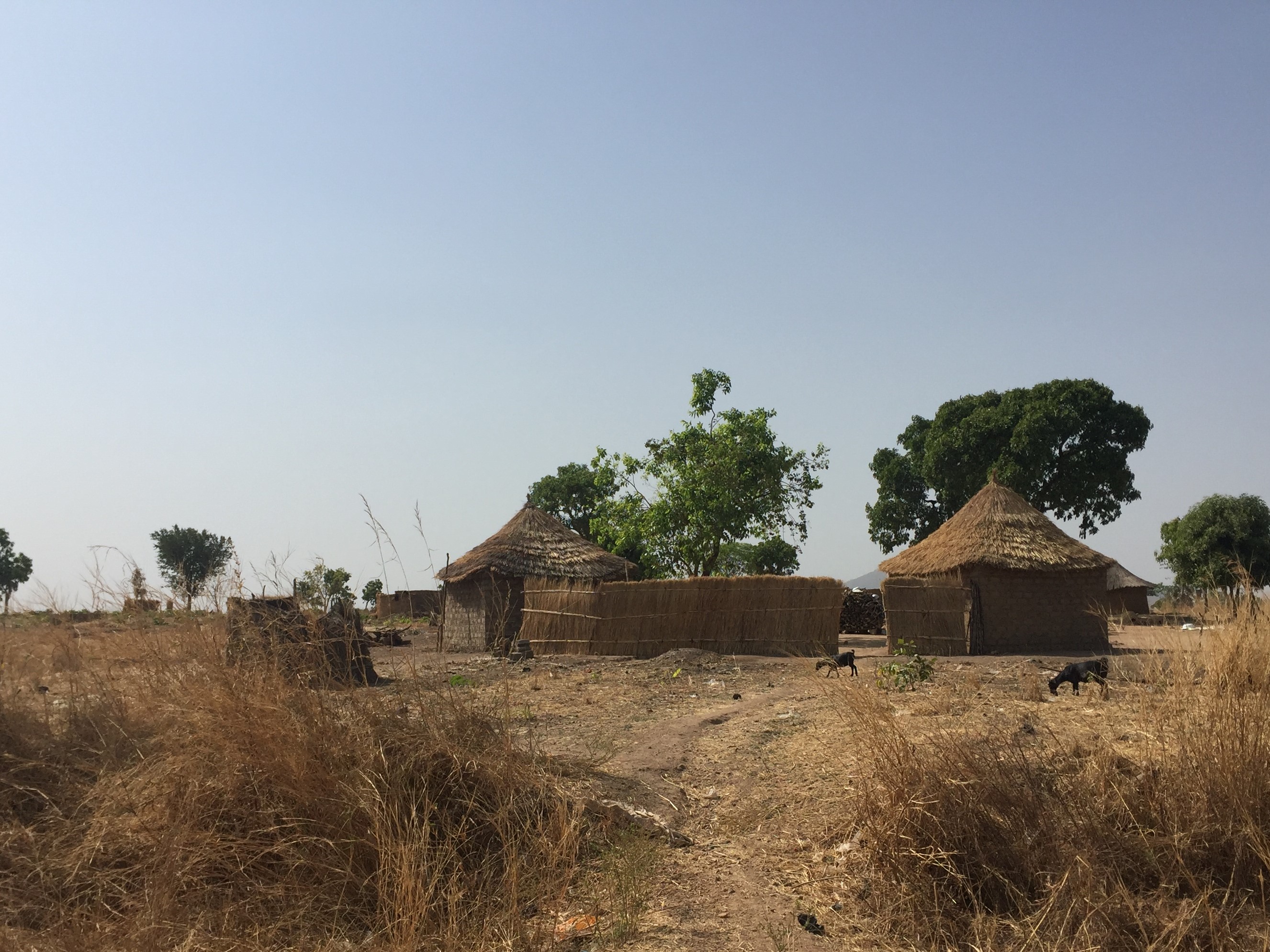 From Ngadoura we started our journey north, traveling via road, dropping off from the Adamaoa Plateau heading towards the Chadean border. A 7 + hour journey on something that resembled roads, going at no more than 40 miles/hour, proved to be an experience of its own. Our bearing was set for the Djibao hunting concession, neighboring the eastern boundary of the Bouba Njida National Park.

The area is made up of Terminalia Woodland, with either a rock base or clay surface that has been baked rock hard by the blistering sun or countless bush fires. Large earthworms push rounded mounds, very similar in size to a golf ball, which scatters the landscape, making for interesting walking. The Lord Derby or Giant Eland, together with Roan, Nigerian Bohor Reedbuck, Western Kob, Harnessed Bushbuck, Western Hartebeest, Oribi, North-West Buffalo, Warthog, Red-flanked Duiker and Western Bush Duiker call the area home. 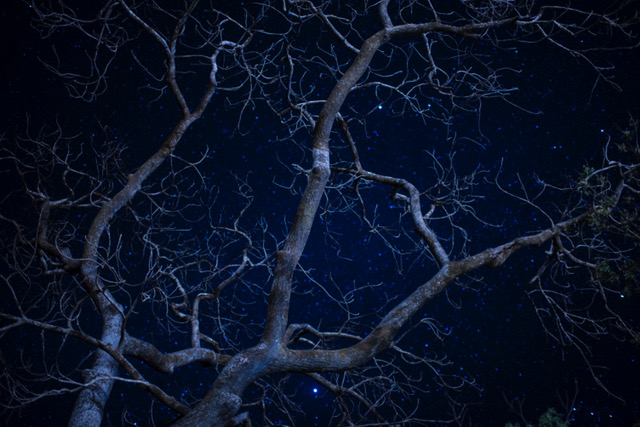 Evenings are pleasant with cool mornings, before temperatures start spiking towards midday. Each day will see the gauge read 100+ Fahrenheit, with the only respite coming once the Harmaton from the Sahara desert settles in. The dust fills the air in a haze of white blocking out the sun, giving the place the atmosphere of a semi-lunar eclipse. One could be forgiven for thinking the moon was up instead of the sun, with only the  excruciating heat jolting one back to reality.

Millions of sweat bees follow both man and beast, attracted to anything with a slight glint to its surface. The irritation factor varies in scale from moderate to highly irritating on any given day. That combined with the heat, hazed dust cloud, and the burning breeze makes for one challenging setting. Never the less that is what makes everything worth while when spotting your first Giant Eland. The moment takes your breath away… it is truly a watershed one. 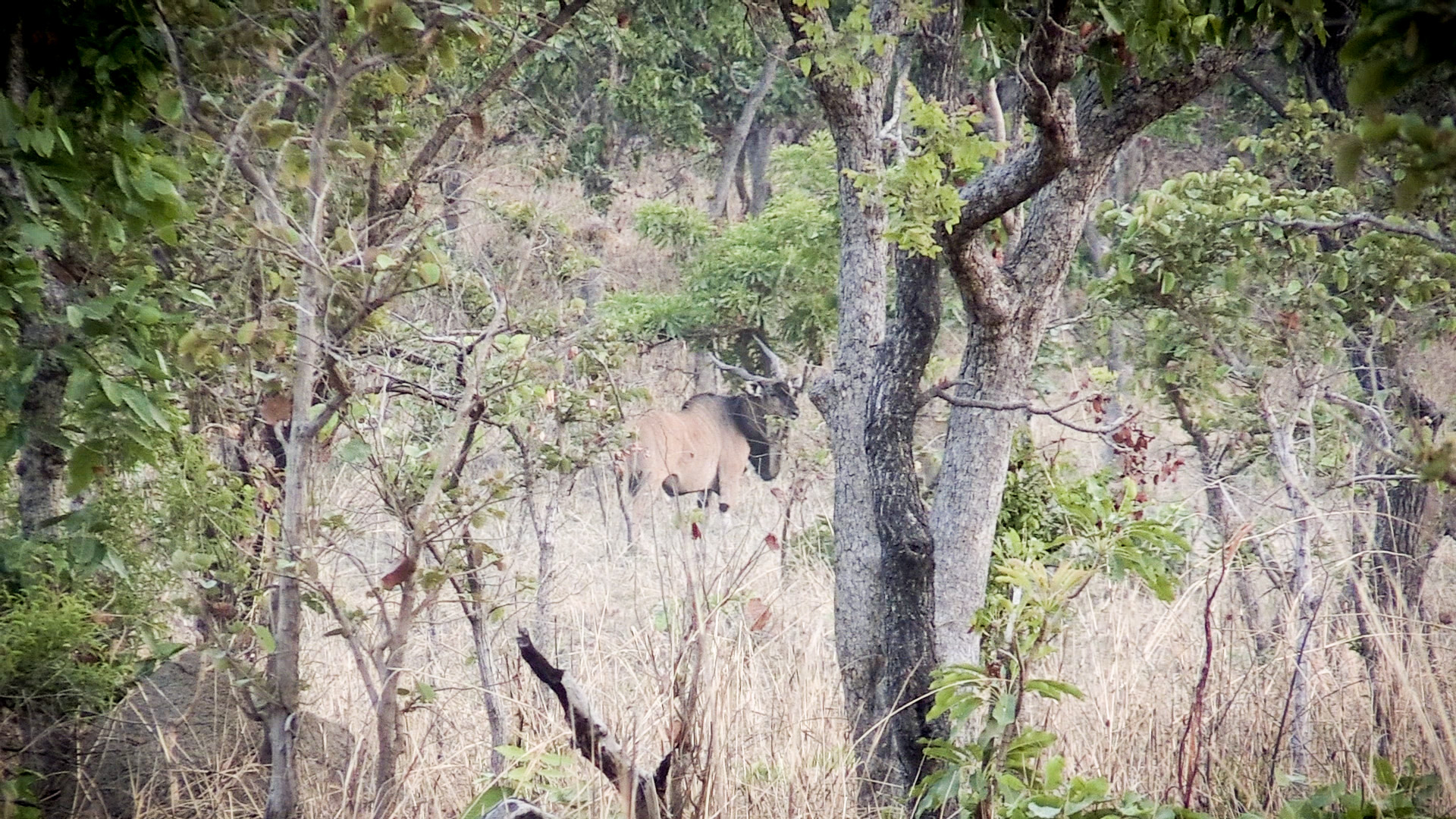 Nothing, not even the hundreds of pictures and limited available videos studied beforehand, could possibly prepare one for it. It is said that in life the journey is often far greater than the destination. That is most certainly true, but my fellow hunters, Luther and Jeff, will agree, that the destination is just as sweet when it came to our quest for Giant Eland.

This was no ordinary hunt. It is not for everyone, neither will anyone be able to take this hunt on successfully without being able to withstand serious heat, long days, and great distances on the feet each day. It has been our dream in the making for the past four years. Enjoy it… It has been one rewarding journey…

Special thanks must go out to Mike Currie, without Mike none of this would have been possible. I would also go as far as recommending that anyone foreign to west Africa should not take on a journey such as this without someone as experienced as Mike. Mike’s crew on the ground, consisting of our local PH, Churton Wright, who played a valuable role on this hunt, making for not only a good PH, but a highly entertaining one at that. Our driver, Jean-Benard, trackers, Amadu, Benjamin “Binoculars”, Bubba, and Basa. You gentleman take tracking to the next level. Thank you. 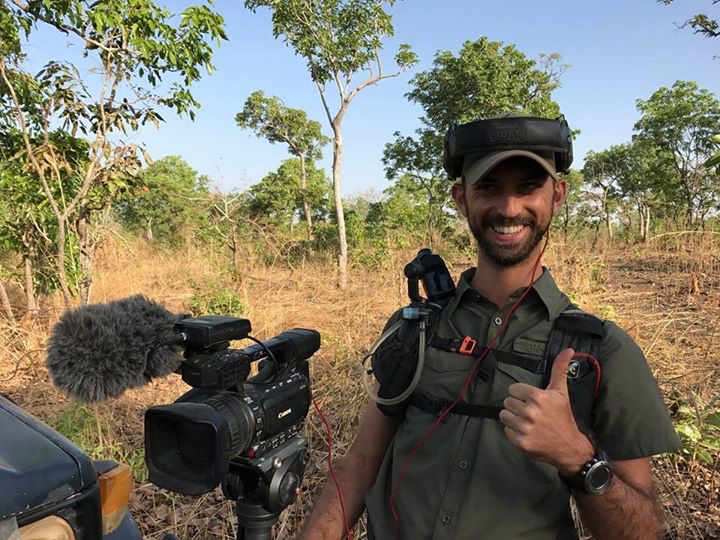 To Ozzy, the guy who arrived as a “green horn” cameraman a couple of years ago, to one of the best in the game today. Your filming and attitude to work, combined with your sense of adventure ensures there’s never a dull moment on the road. Thanks for your continued push to  getting the best shots on film time and again. 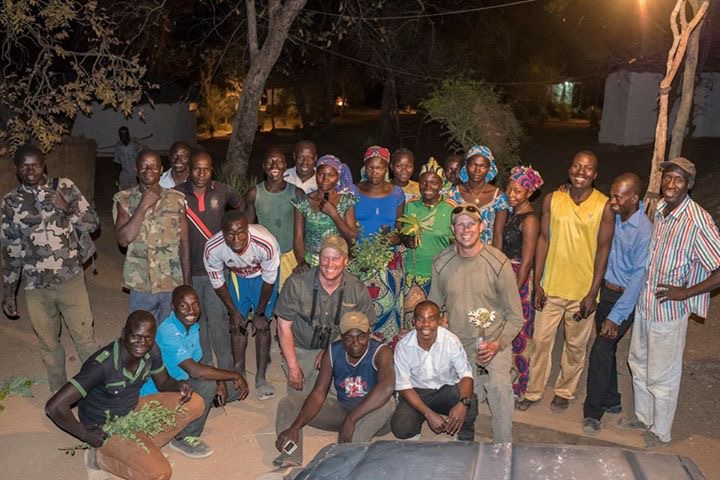 Last but not least, to three special friends, Brett Nelson, whom could not make it, then Luther Dietrich and Jeff Edland, you guys epitomize not giving up. When we reached 96 Kilometers of tracking after 13 days, with both Eland finally in the salt, we all knew how deep you had dug to achieve each of your goals. It has been a pleasure guiding you for the past ten years, and I’m privileged to know I’ll be guiding you for many more. Thank you for the trust. Thank you for the friendship. We did it.
For more information and current updates about John X Safaris; follow us on Twitter, connect with us on Facebook, subscribe to our YouTube Channel and visit our Website .