"It was the Greatest Family Vacation" 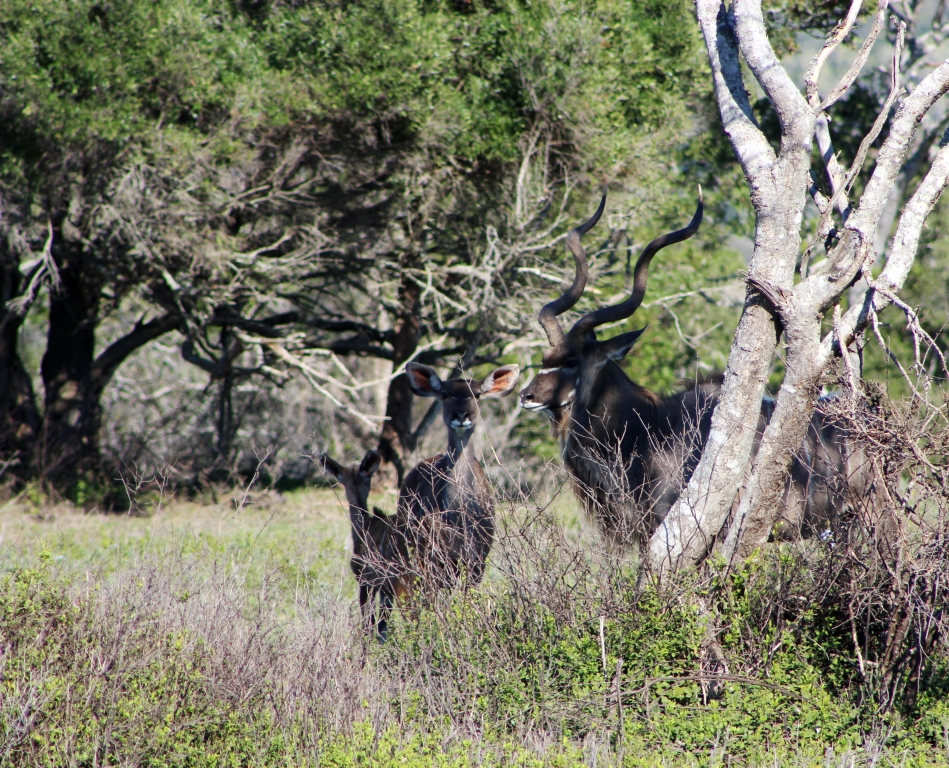 I have dreamed of hunting in South Africa for over four decades, and this past month I was able to fulfill that aspiration with John X Safaris.  It was everything that I could have imagined, with some benefits that I had never considered before.
The bottom line is that most of my dreams of hunting the Dark Continent were based around long, difficult stalks, for abundant game.  It was probably a bit selfish in nature since it involved just me.  However, on this trip the best decision I made was to take my wife, Jana, and our youngest son, Jacob, with me on the trip.  That made all the difference in the world.
Jacob is 15 and has hunted whitetail deer with me over the past couple of seasons.  Traditionally, we sit in a ground blind and his shots are never over a hundred yards.  He has been successful on four trips and has enjoyed the excitement of the hunt and has helped with the processing of the game.  Jana, on the other hand, has gone out a few times with us and has recently started shooting at our annual family dove hunt that we hold each September in South Texas.  We like hunting together, but big hunting trips were often scheduled as solo endeavors.

So, when I booked my safari this past year I really had to consider whether Jana and Jacob would get as much joy from the expedition.  After all, it was my dream.  Was it worth the extra money?  John X Safaris made part of that problem disappear with their offer to waive the daily hunting fee for hunters under 18, with their #GettingtheyouthhuntingatJXS initiative.  All I had to do was pay the trophy fees for Jacob’s animals.  So, I took a chance and booked all three of us for the trip across the pond and south of the equator.
We arrived in Port Elizabeth late on May 11th raring to go. We were met by our Professional Hunter, Greg Hayes, who would be our guide for our stay with John X Safaris, heading to their home base Woodlands Safari Estate.  We received a great welcome, some incredible food, and retired for the evening to our luxurious suite.  The next morning Jacob was up first, knocking on our door.  He burst in telling stories about everyone he had met and acting quite differently than he does back home, especially at 6 am.  Jana looked at him and said “Who are you?”  Jacob replied “I am Safari Jacob,” and rushed back out the door uttering something about some toast he accidentally forgot about. 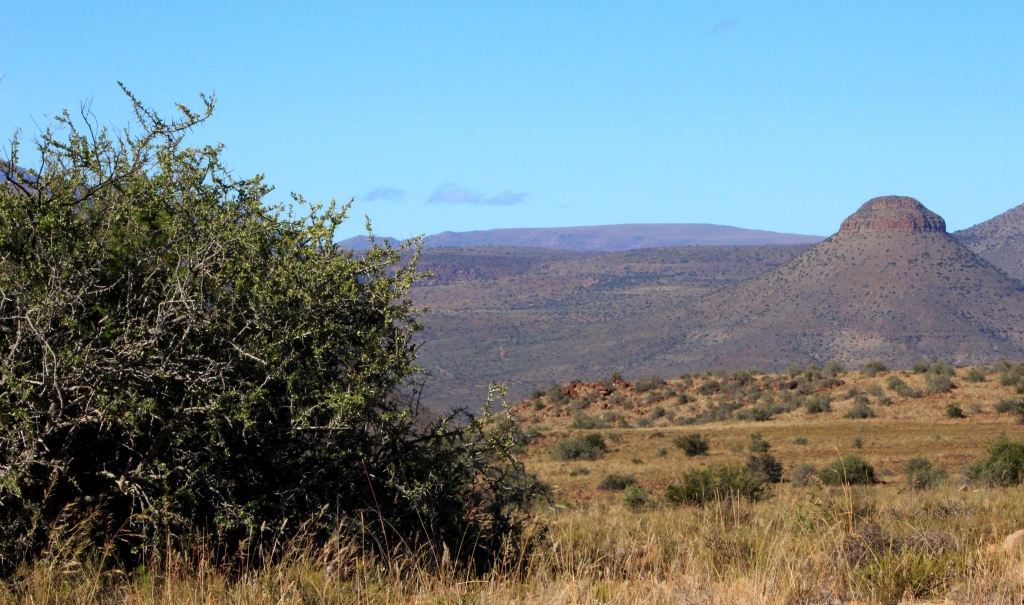 After a light breakfast we gathered our gear and headed to Glen Harry, John X Safaris’s northern base up in the Great Karoo.  It was certainly a luxury having two separate camps so that we could avoid the incoming rain at Woodlands. Something I had not considered during the planning of our trip.

While we obviously enjoyed the hunting and experiences that went with our safari tremendously. Throughout our ten-day safari I found that I had completely overlooked four very important elements about hunting.

First, hunting at its very nature is a team sport.  The memories that are gathered in the field are so much better when they are shared with others.  Especially with people who you see the most, your close family and friends.  We have enjoyed several recollections of the events, the sights, the sounds, the smells, and even the tastes.  Jana never expected the food to be so good and that she would enjoy the game so much.  We have recollected the evenings eating Wildebeest medallions, Kudu schnitzel, Ostrich kebab, Blesbok liver snacks, Kudu stew, Sable steaks, Ostrich burgers, and several different varieties of biltong (jerky).  These memories would have been locked in my head if I had gone alone.  Instead, I share them daily with two people I love dearly.
The second area I had not thought about was the importance of allowing those you are closest with to watch you fulfill your dreams.  During this trip Jana looked at me and thanked me for letting her come and watch me live out my dream in Africa.  It is so important to open your life and allow people to bear witness to all of the events that make you, you.  As a parent, I have certainly felt the joy, and pride, of watching my wife and kids reach major goals.  However, I had never considered that they might enjoy watching me reach mine.  Boy was I wrong.
Third, hunting takes practice and most of Jacob’s hunts back home were for a day or two at the most.  Our ten-day safari allowed Jacob, and me, to really extend ourselves as hunters.

During our trip to the range on the first day I told Greg that Jacob was a good shot from the bench, a great shot lying prone, but that he was uncomfortable shooting from the sticks. Greg told me that the terrain would require Jacob to shoot from the sticks at times, but that he had some tips to help the young hunter.  Jacob’s nerves really got the best of him at the range.  It was a new gun.  Lots of new people.  He had never been so rattled at the range.  “Let’s try the sticks” said Greg.  Our tracker, Bless, put the target up at 50 yards and Greg unfolded the three, six-foot bamboo sticks that were tied at the top to provide a tripod for the gun to rest on.  I placed the forestock of the .270 bolt-action rifle on the sticks.  Jacob stood behind the sticks and tried to find the target through the scope.  Three shots later and Jacob was even more convinced that he hated the sticks.  “It is just so hard to be steady!” he said.

Over the next ten days Jacob’s confidence grew and he took five animals with six shots.  His shortest was a familiar 70 yard hit, while all four of the others ranged from 165 to 200 yards.  He most certainly grew into a great young hunter. 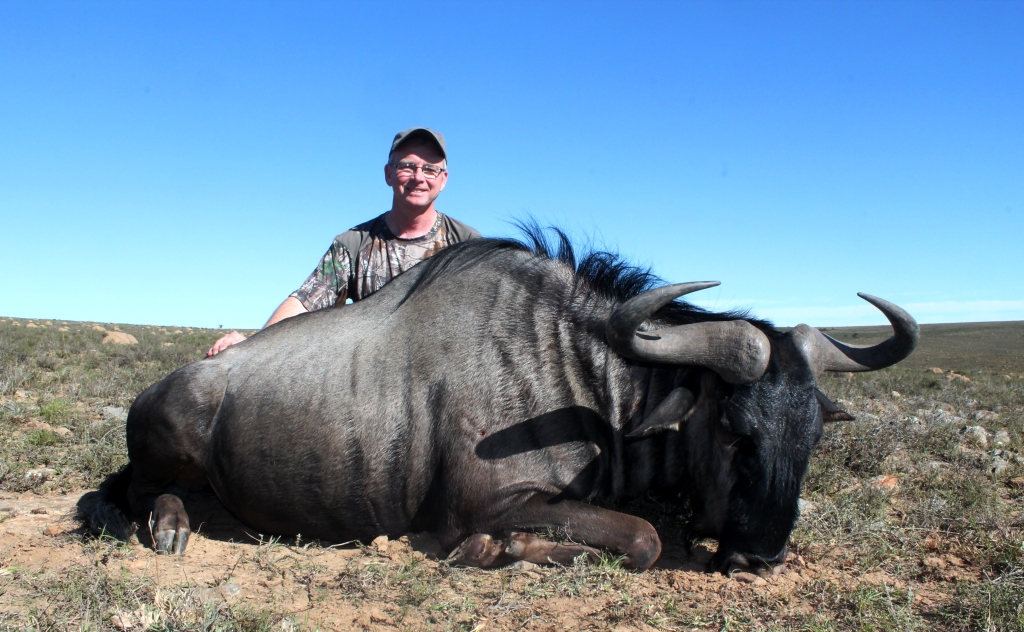 Similarly, I was stretched as a hunter.  We hunted every morning and every afternoon.  We hunted on the flat open plains where long shots were needed.  And then we would hunt the valleys and canyons where detecting game and setting up a stalk were needed.  Every hunt was new and I learned so much from Greg.  It seemed like he had a new trick for every situation.  Without a doubt, Jacob and I, will be better hunters for the rest of our lives because of this trip. 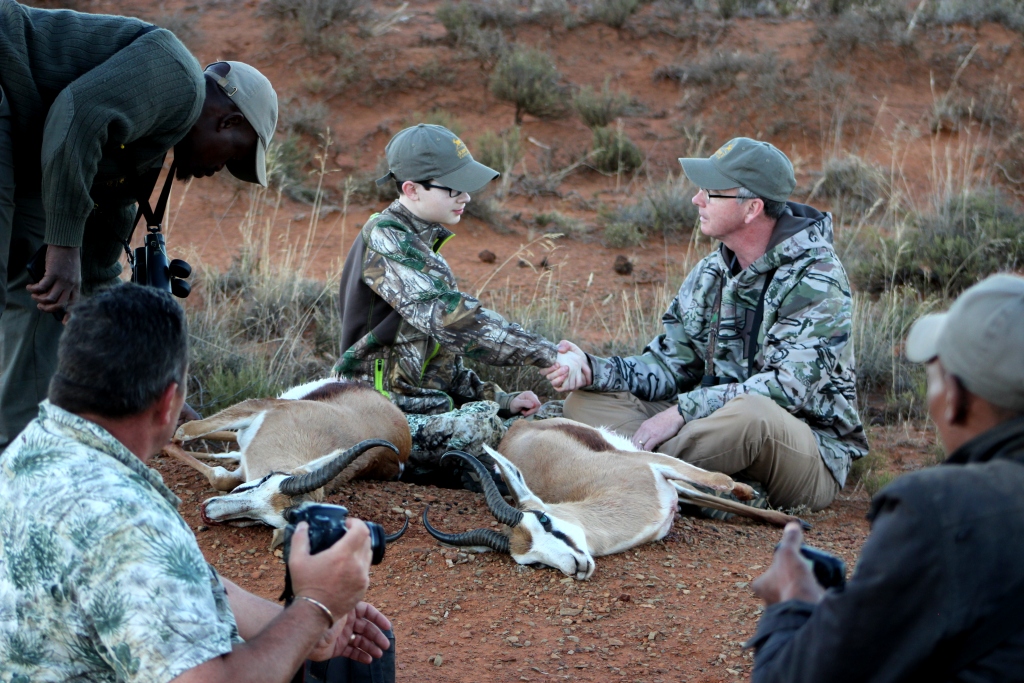 And finally, nothing is more gratifying than to see your children find value in something that you enjoy.  Jacob has embraced my love of hunting and I have thoroughly enjoyed having him by my side in the field.  He is a fine companion, and an incredible shot.  During this safari we were both able to find value in the trophies that we took.  However, I think our greatest shared value came from the hunts for animals that will never make it into the record books.  Jacob has embraced the concept of hunting and conservation.  After five years of drought, the amount of available vegetation has been significantly reduced in South Africa.  The land has more mouths to feed than it can sometimes sustain.  A hunt that I will never forget was for an old Blesbok ewe that Jacob made an incredible shot on at 200 yards off a termite mound.  When we got to the animal, Greg opened her mouth and showed that her teeth were worn to the gums.  She had lived out a very long life and Jacob smiled knowing that this trophy would not die from disease or hunger.  Instead, she would feed camp and make room on the plains for other game and much-needed grass. 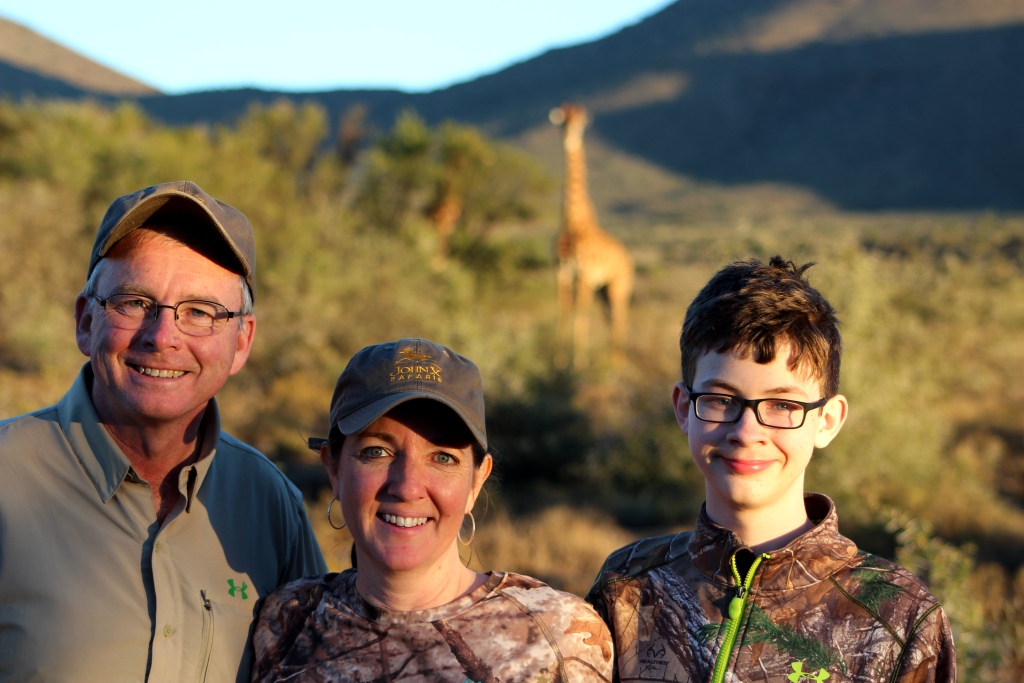 Looking back, I had originally planned that I would one day take my “one and only” trip to Africa to hunt the animals that I had always dreamed of.  And instead, this morning I texted a good friend to tell him why it was so important for him to take his family on safari with him.  I must admit that my intentions are not completely altruistic.  My goal is to convince him to commit to the trip so that I can start planning our return trip to John X Safaris with him, his family, Jana and all four of our children.  Shared memories, shared dreams, and shared values await us all.
We can’t wait to return to the dark continent…
For more information and current updates about John X Safaris; follow us on Twitter, connect with us on Facebook, subscribe to our YouTube Channel and visit our Website. 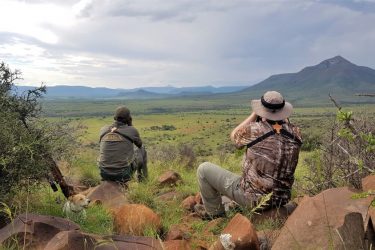