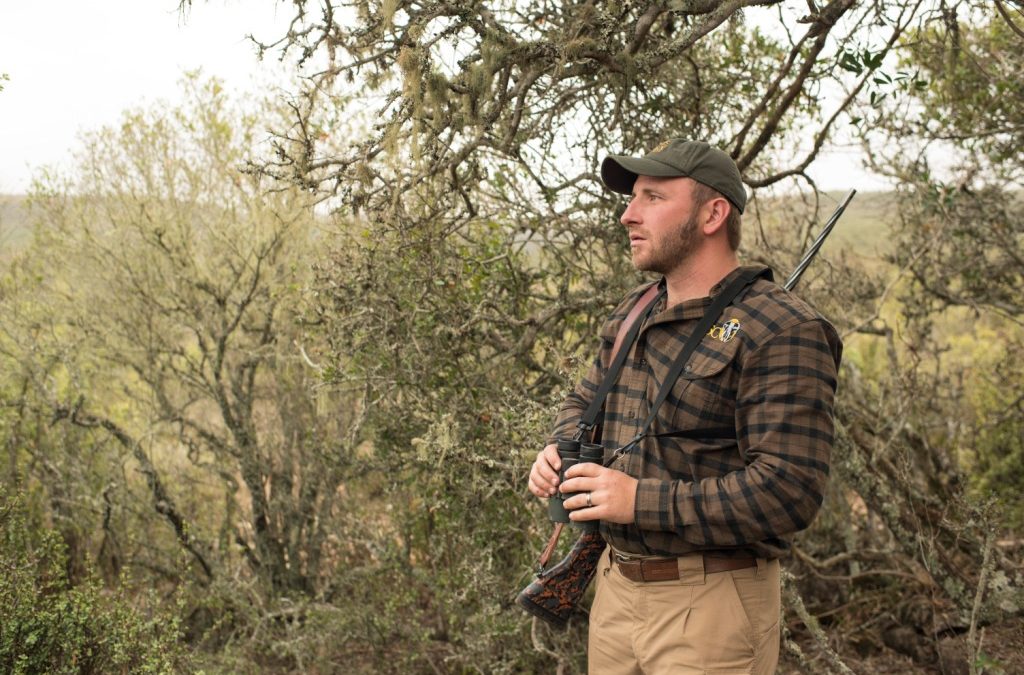 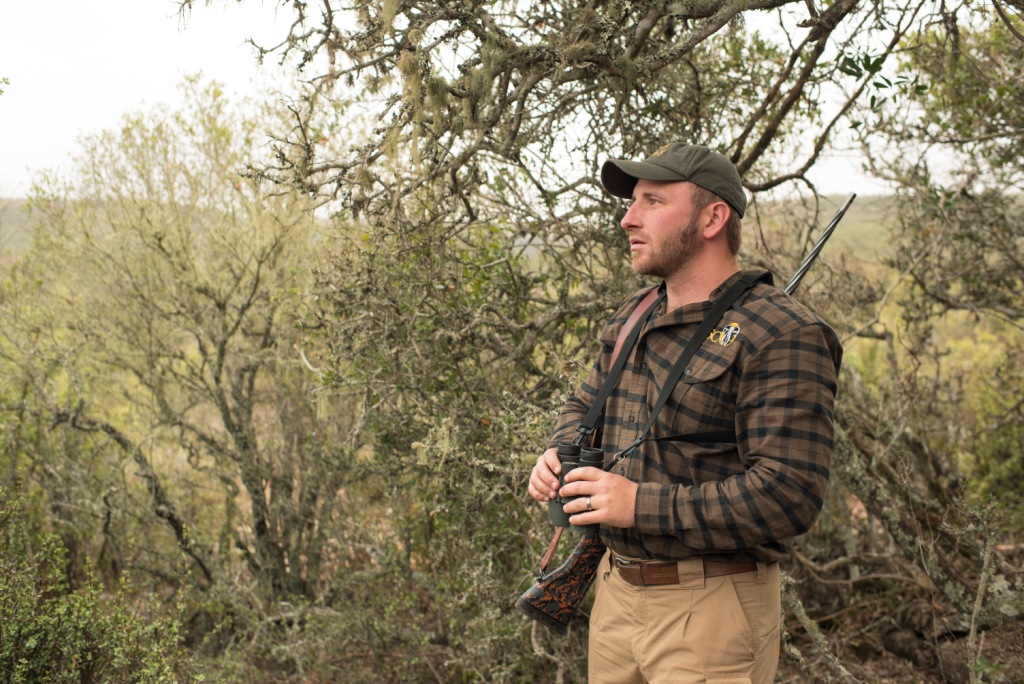 During the latter part of July, right towards the very end of the rut in the East Cape, we welcomed Cable Smith to John X Safaris and Africa for the very first time. Cable owns the Lone Star Outdoor radio show, broadcasting throughout Texas on various local radio stations weekly. He is a passionate man, an outdoor enthusiast who speaks his mind, fearless of anti-hunters and that fraternity, making him an invaluable asset to hunters right around the world.
Having met Cable via our great friends, Glynn Underwood and Steve Travis, at the Dallas Safari Club convention during 2015, we soon got talking about the Dark Continent. Cable had heard so much about the destination and his friends were adamant he had to get to Africa. 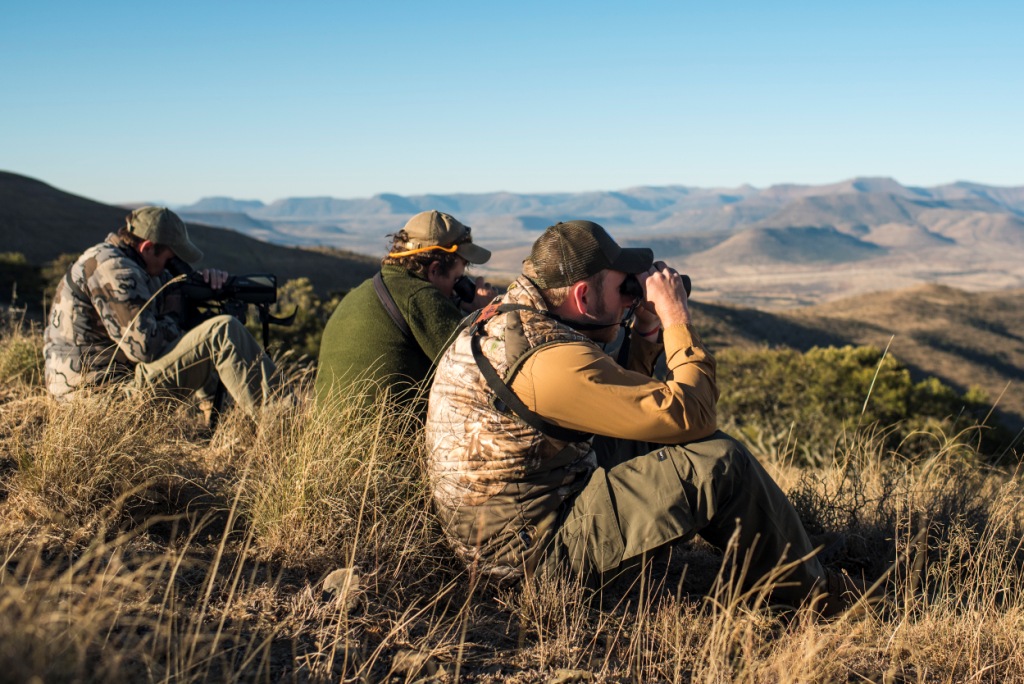 Soon plans were put in motion and before we knew it Cable had touched down in Africa, joining PH, Carl van Zyl and team, on safari in the East Cape.
Sporting his custom-built, Horizon Firearms 7 mm, we set off after plains game, hunting a variety of both Carl and Cable’s favorite species.
Of course there would be a Kudu on the wish list, but first we started off from Woodlands Safari Estate hunting our Southern Concessions for Impala and Zebra. 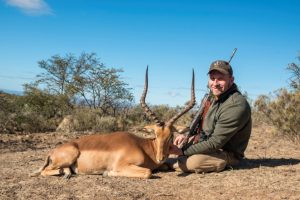 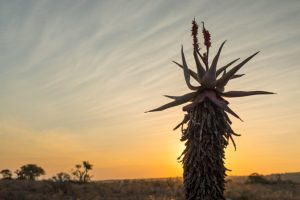 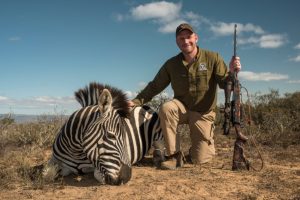 The Kudu were done rutting in the south, with reports of bulls still chasing cows in the cold country, which had seen a later start to their rut this season. With that we headed north up into the hills, climbing the escarpment to 4500 feet. Our main goal was to hunt Kudu, with anything else coming as a bonus along the way. We got up high and found ourselves a beauty! 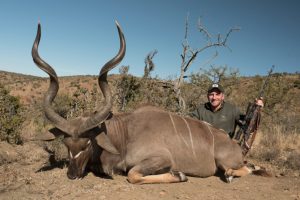 With a Kudu in the salt, and the pressure well and truly off, having got lucky on our first morning in the north, we decided to stay a few more days. Carl wanted to scratch around for a nice Warthog. If only we knew what that scratching would literally mean, let alone the next few days harvesting not only a superb pig that turned out to be one unbelievable adventure, but a Mountain Reedbuck like we’ve never seen before. 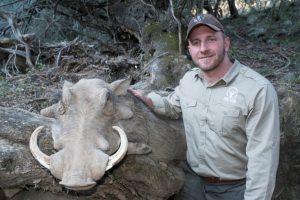 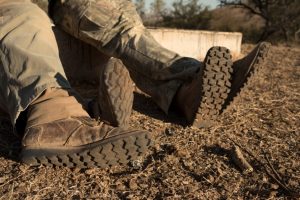 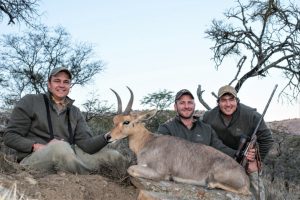 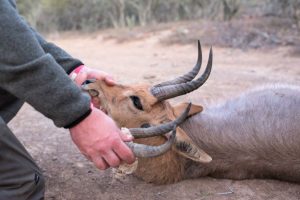 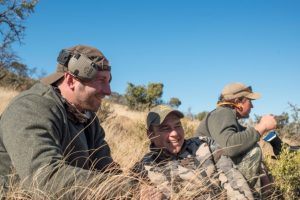 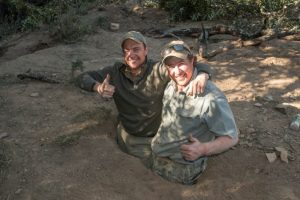 With a feeling of accomplishment we headed south again. The salt pit was full and so too were our appetites. In the coming days we would be after Africa’s biggest and one of Africa’s sneakiest. 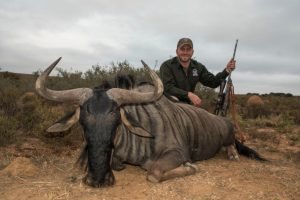 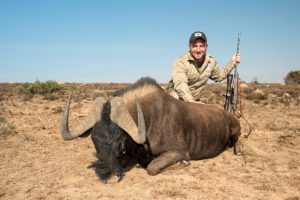 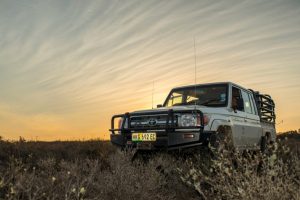 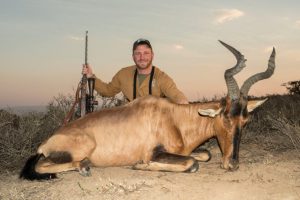 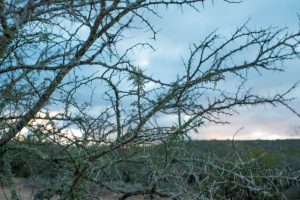 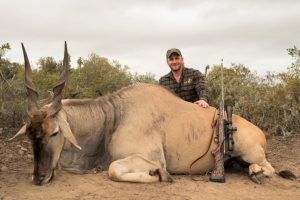 An Eland, a couple of Wildebeest and a Hartebeest, would consume the remainder of our time on safari. Of course it was only a matter of time before we hit a blank, which proved to be our Cape Bushbuck. Our safari had run so smoothly, with pretty much everything we touched turning to gold, except for the Bushbuck which we’ll try for again in June 2018 and that pig… Oh did I mention that adventure turned out to be a rodeo. You want to see this to believe it….

Any Lone Star Outdoor Show fans and interested hunters wanting to join Cable on safari come 2018, can do so by contacting Cable on lonestaroutdoorshow@gmail.com or Carl on hunting@johnxsafaris.co.za . Our dates are set for 22-30 June 2018, with only a couple of remaining spots left.
For more information and current updates about John X Safaris; follow us on Twitter, connect with us on Facebook, subscribe to our YouTube Channel and visit our Website.