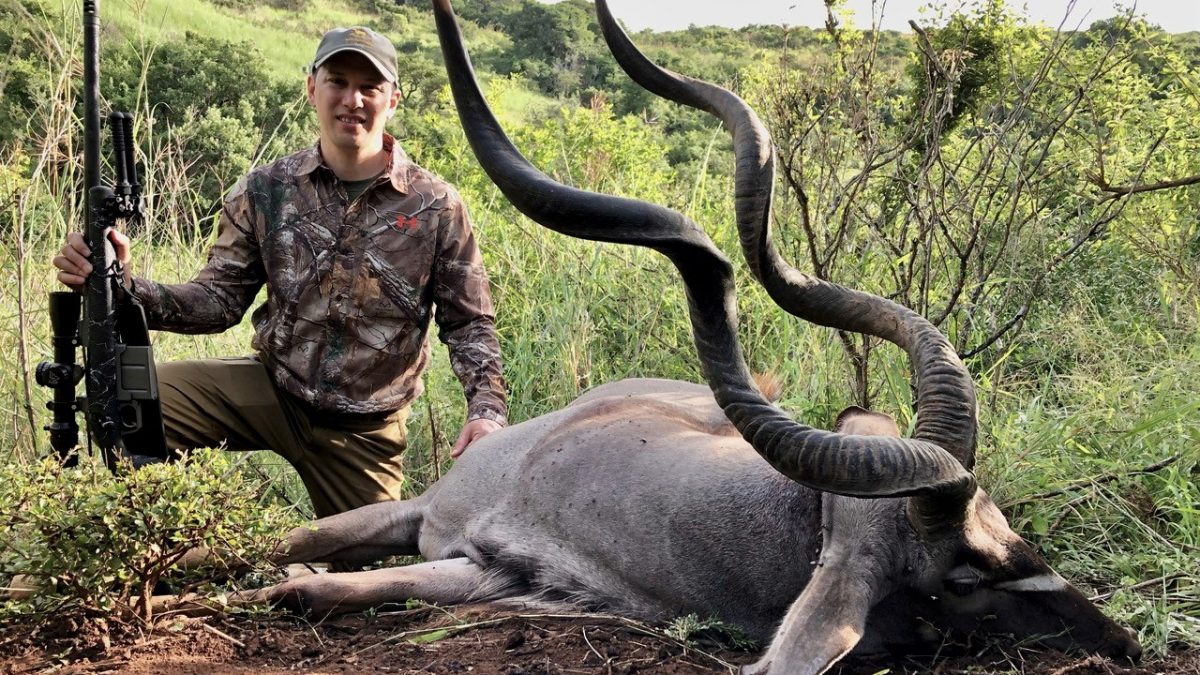 For quite some time we’ve been working on something so unique that we have been unable to reveal much about it. As a team we have spoken about it around a camp fire for as long as we can remember. At times our vision was as clear as day and then there were times that our dreams faded away into the dark of night. Knowing about something so special, yet unable to talk about it, made for a pain-staking two years while we plotted and planned our ultimate goal. 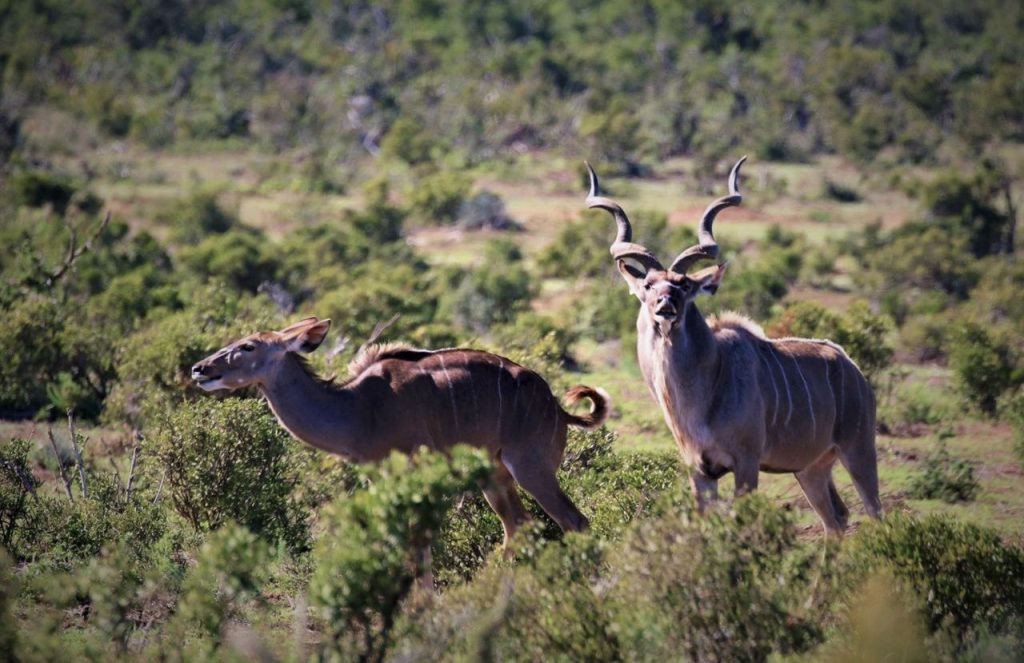 Nestled in the hills on the boundary of the Transkei, between the Great Kei and Kubusi Rivers, lies an area few have ever heard of, and even fewer have hunted. For generations it has been the secret of the locals whom have safe-guarded this little known region to the outside world. To them there’s nothing that compares to the Cape Bushbuck, and the pursuit of these shy forest dwellers. The sheer numbers and quality can be compared to stuff of legend, with very few outsiders ever getting the opportunity to hunt these Bushbuck in their slice of paradise.

Over the years Kudu numbers started to climb and what at first was seen as a rarity started to flourish into a stable Kudu population. From time to time we hunted the region for Cape Bushbuck and a host of endemic species, admiring the Kudu we’d spot more frequently each time we returned. And as the Kudu numbers rose and the bulls started growing on us a vision started to form. A vision of sustainability to protect the flourishing Kudu numbers, but one that saw the custodians of the land reap benefits for their efforts too. Willing hunters who’d give just about anything at the opportunity combined with forward thinking landowners saw something unique come to life.

Two years later and finally the moment had arrived. Up until this point we had only scouted. We had sold a hunt on the basis of something unique and the opportunity at trophy Kudu like few would ever experience in their lives. Heavy wooded gorges and valleys, with limited access saw old bulls living in the back valleys with little to zero human contact and hunting pressure. Now we would have the opportunity to be BOLD or LUCKY… It was time to deliver. The pressure was on.

Our old friends Todd Allen and Darren Vohs arrived under no pretense. This hunt would be all or nothing. They were the guinea pigs and they knew it right from the get go.

The first few days were spent fighting the welcomed summer rains as they continued to fall over the majority of the East Cape, but the hunters made the most of the few breaks between storms and started working the various lookouts, glassing for hours on end.

Of course the guys were open to any opportunity that may arise in this spiral hunting paradise, and soon PH Ross “Stix” Hoole and Darren were onto a superb Nyala on the second day. It turned out to be a good nerve “settler” getting the guys focused on Kudu once more. 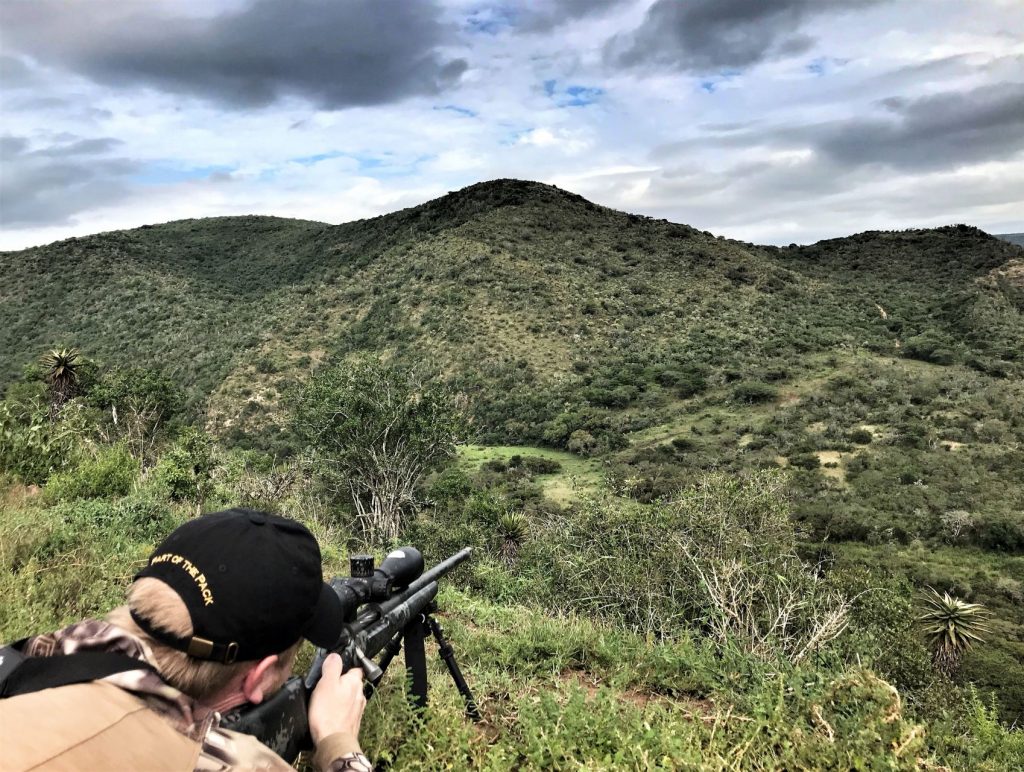 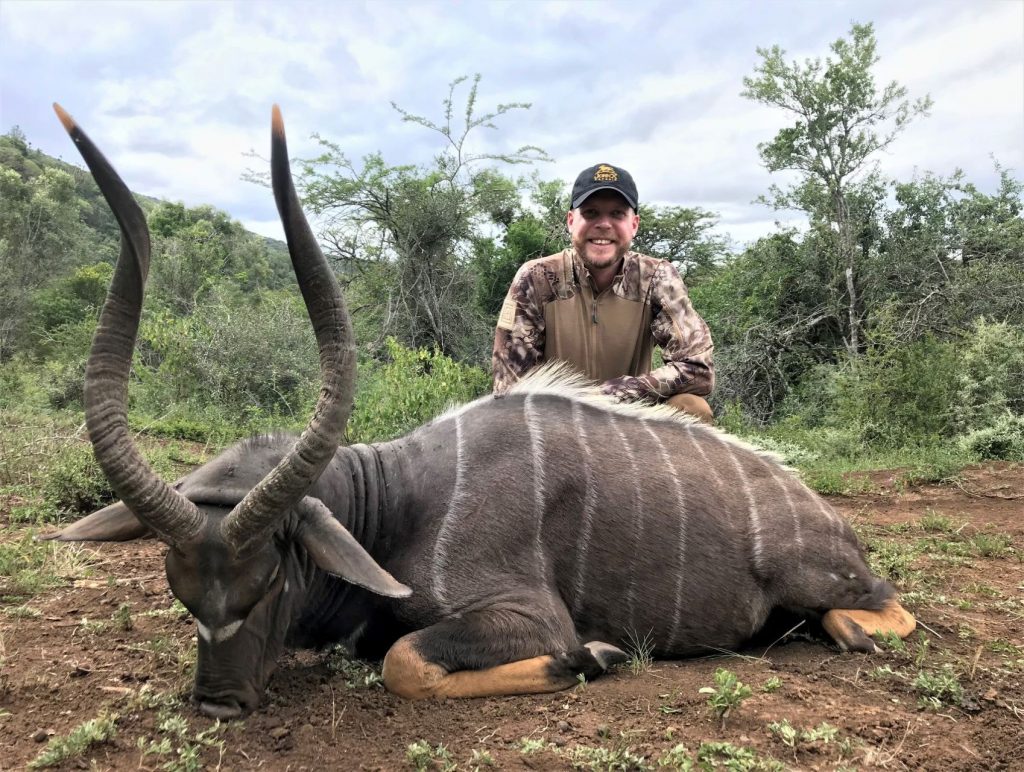 The valleys were steep and the forests as thick as one could imagine a tropical jungle. Kudu bulls would meander in and out of the undergrowth on the odd occasion giving the teams glimpses of what lay ahead. The excitement started to build with each passing hour.

Stix and Darren had spotted a particular bull on day three, giving it a go but coming up short only to see the bull disappear back into the undergrowth at nightfall. They had found a monster and were set on spending the entire following day staked out hoping to lay eyes on the bull again. All day they sat patiently with very little movement. Then in the late afternoon the game finally started moving.

The guys made a run for it and got themselves into a position to make a shot. Then at last light the bull stepped out and Darren touched off the Gunwerks 7mm LRM. 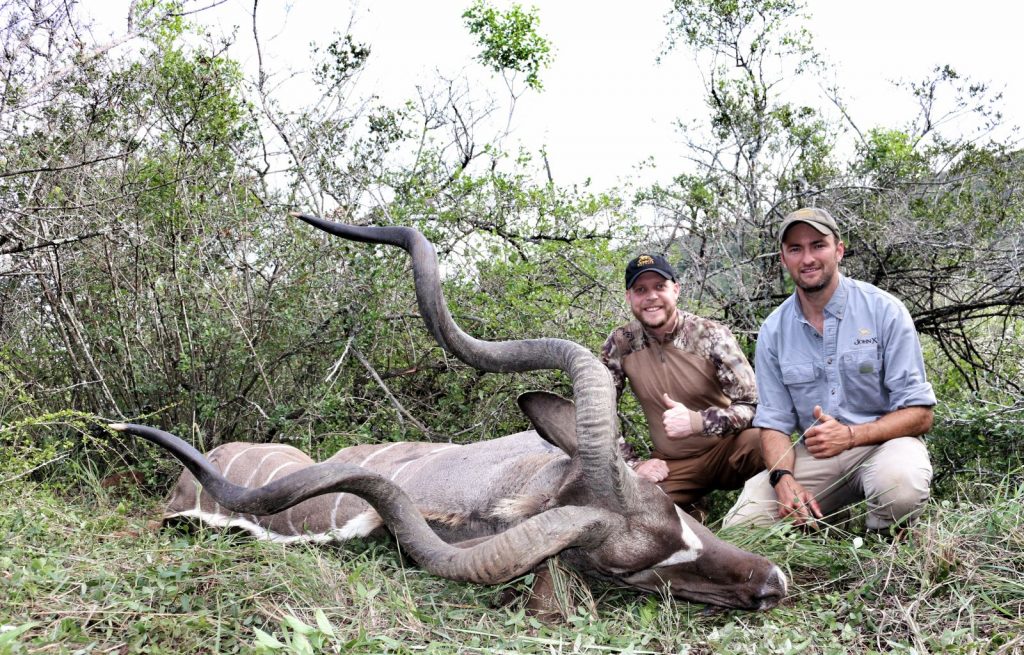 By the time the guys got to their bull it was close to 9pm that evening, with a two-hour follow-up and a hike out back to the truck again. Then the following morning the team finally caught up to the bull and could finally grasp the enormity of their efforts. A Kudu bull sent by the hunting gods to a persevering team who deserved every inch of their success.

During all this time PH Martin Neuper and Todd weren’t seeing as many Kudu as their counterparts were but they continued on giving it their all from sunup to sundown each day. By day four the guys were truly desperate. And then out of nowhere when they least expected it their fairy tale day began. It would go down as one of the greatest Kudu hunting days we have ever experienced in 36 years of hunting. 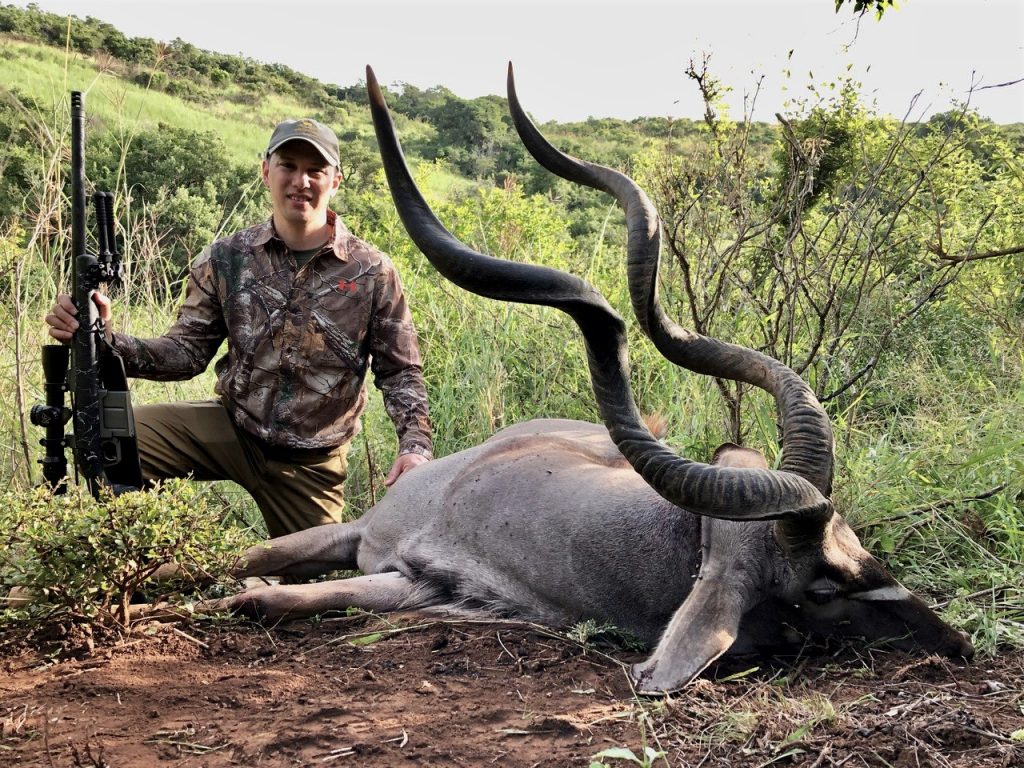 Their first bull at mid-morning was a brute of a bull, but nothing could prepare them for their bull that afternoon. Every last drop of sweat was more than worth it. Every thought of doubt over the two years and four days leading up to that moment became a mere memory. We had done it. Not once, not twice, but three times in 48 hours. For the first time in weeks our entire team slept better than ever before. 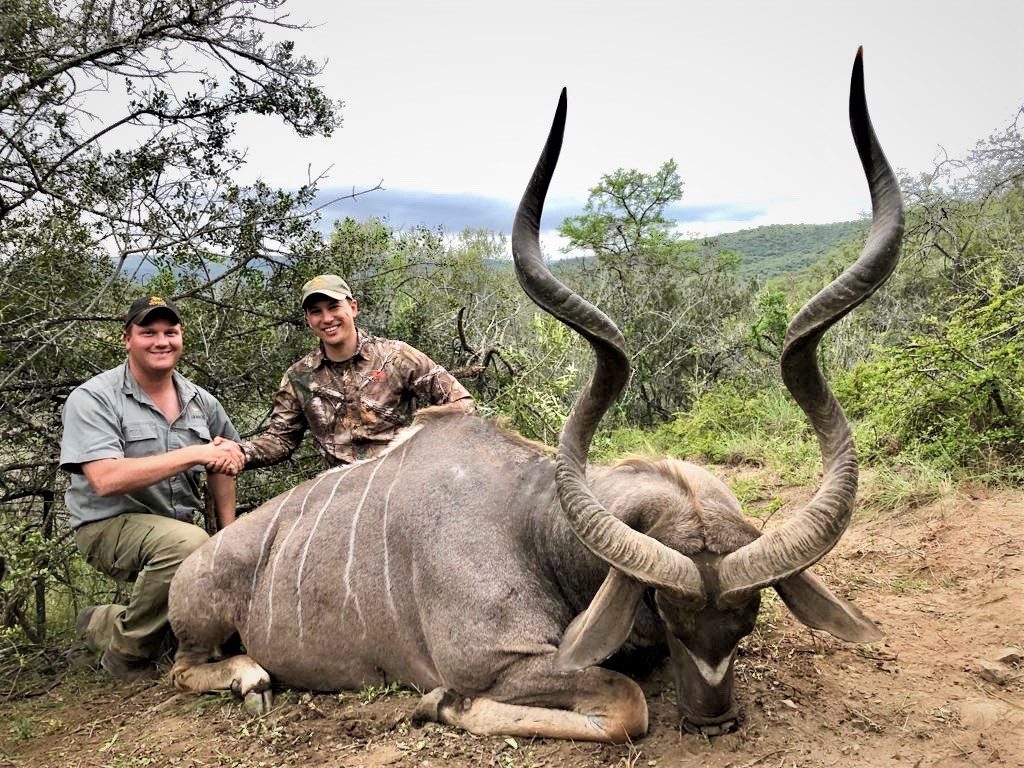 With the main objective achieved the guys continued hunting and scouting the gorges and valleys of this amazing region. Todd hunted a 3rd Nyala and as always couldn’t resist a couple of Cape Bushbuck and a great old Warthog. Some of his favorite species to pursue. Darren harvested a superb Impala and took the time to scout out a few monsters for a future safari. 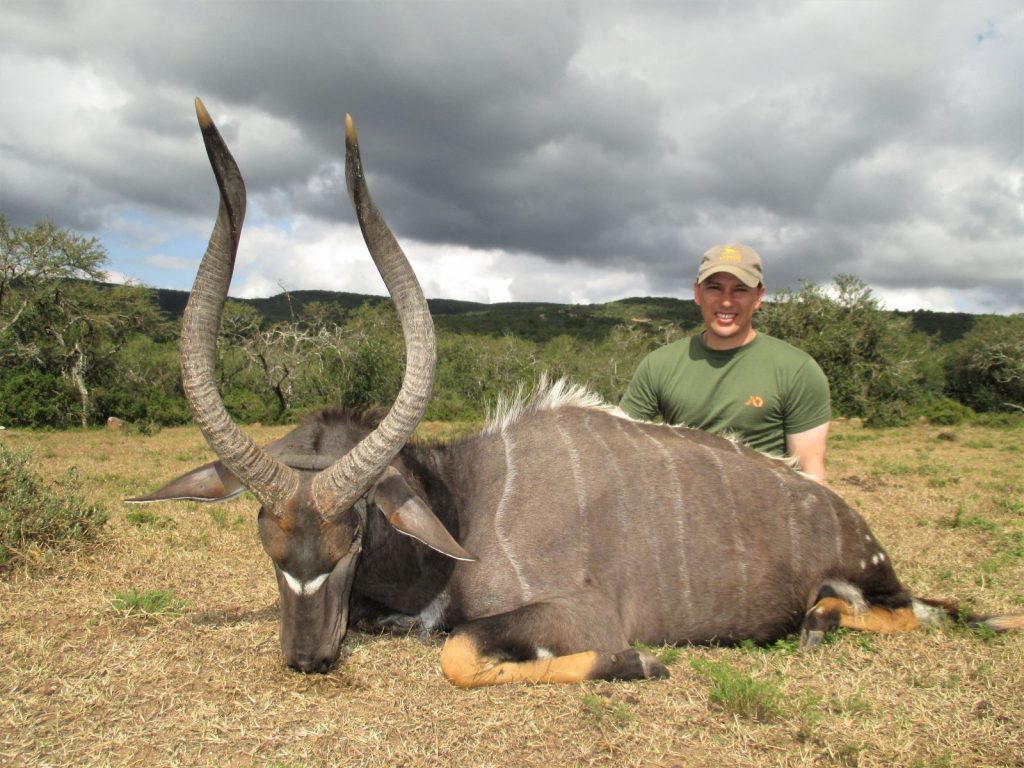 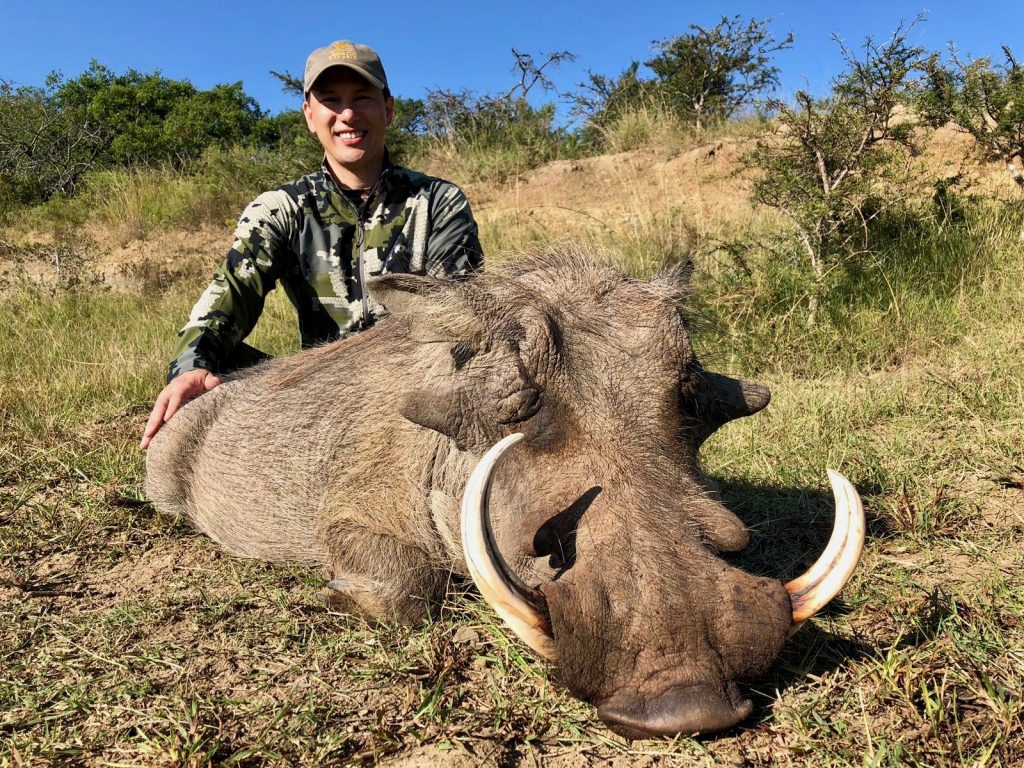 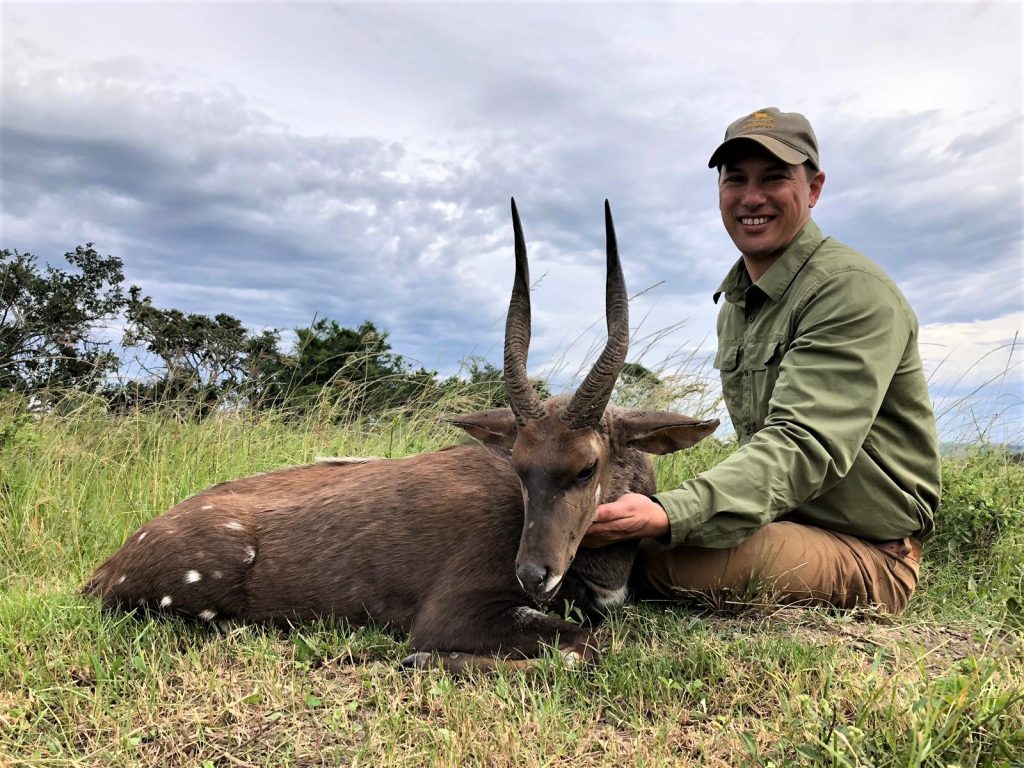 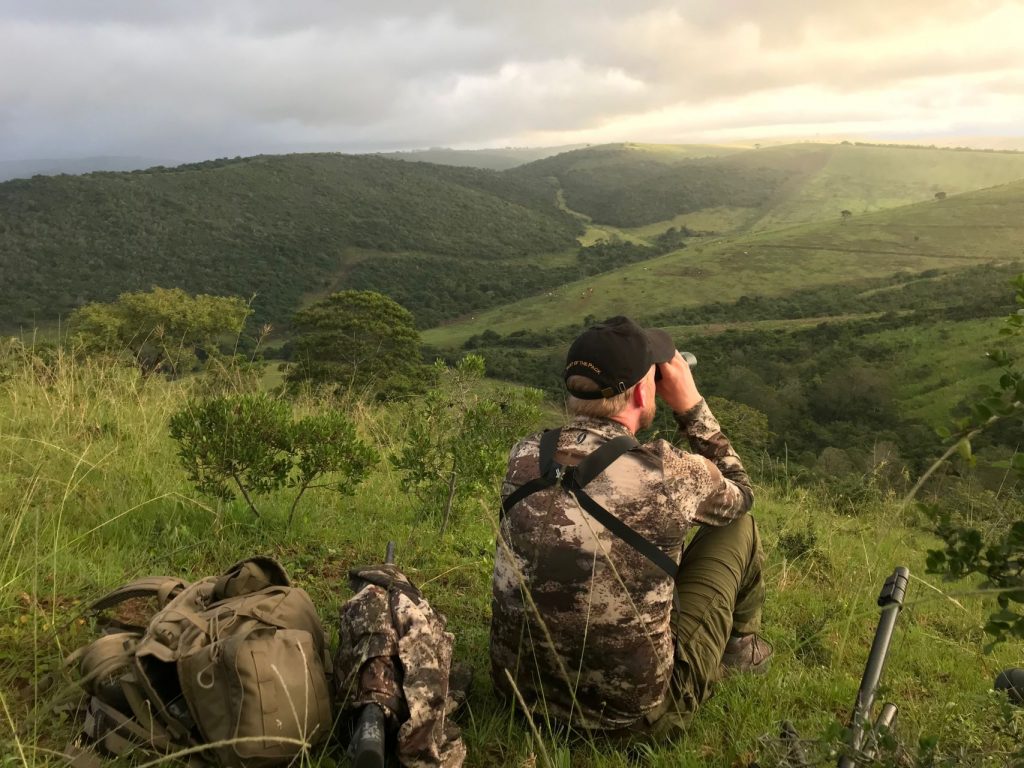 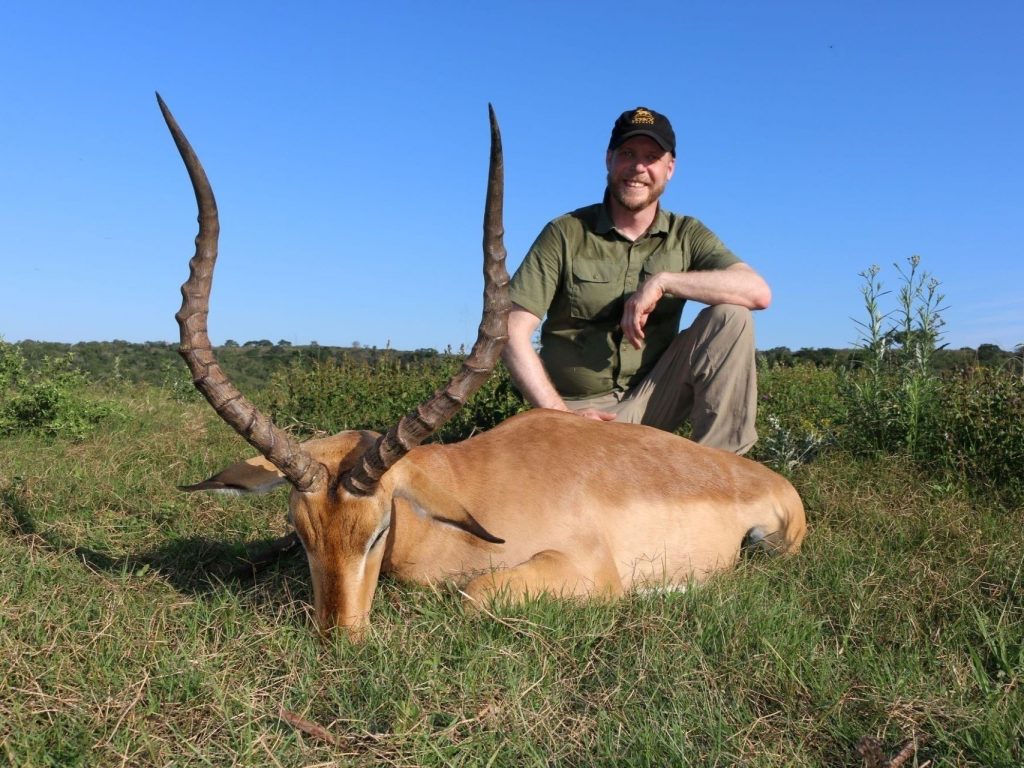 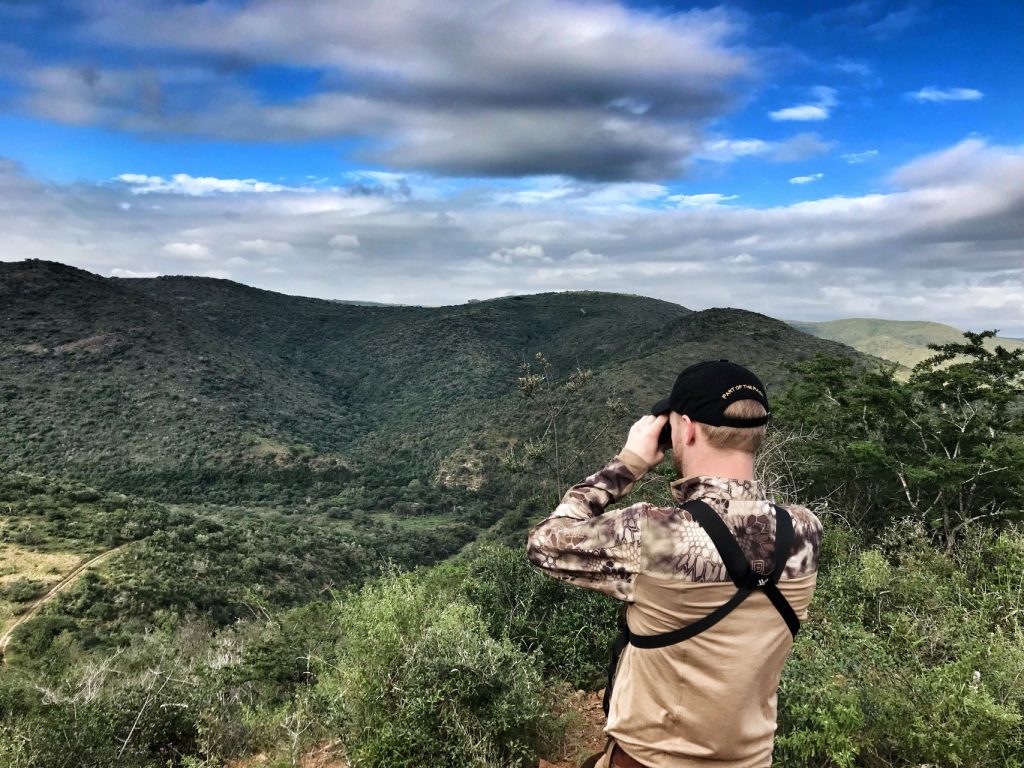 They scouted a number of unbelievable bulls giving us so much food for thought going forward. The region is big and the quota is a small one. The combination of free range and large high-fenced properties will make for unbelievable future hunting. We have set a limited quota of bulls per season with the remaining quota going to a group of lucky hunters from Gunwerks this season. My dear friend Aaron Davidson has been instrumental in getting this project off the ground. Aaron and I have talked so much about this hunt and strategized as a team that we foresee this quota to be a special feature as part of our offer each season.

Bulls in this class are what one could bump into at any given moment. The thought alone will leave even the most discerning hunter grasping at his binoculars in awe of these monsters on their home turf. And if “buck fever” doesn’t set in with one of these brutes in your scope… then we’re afraid nothing will.