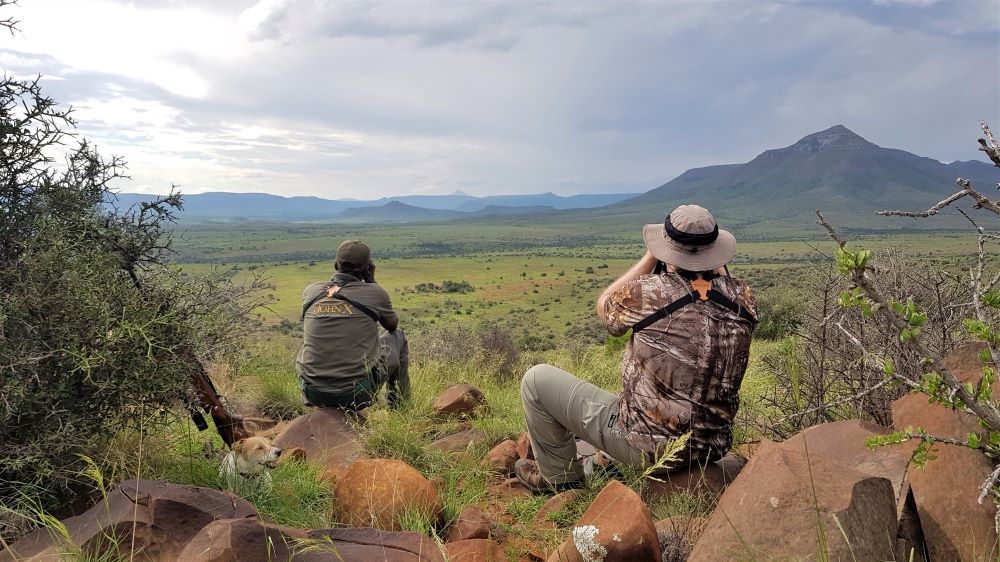 Boarding the late afternoon flight out of Port Elizabeth on January 5th proved to be somewhat harder than usual. Stepping out of the air-conditioned departure hall, like in most African countries, sees the heat engulf one as passengers hurry across the tarmac and onto the plane. The heat was particularly stifling that afternoon but nothing could compare to the mood as yet another dust devil reared its head at the far end of the runway. This drought had just about broken most. If it wasn’t hard enough saying goodbye to ones family you had to do so to your animals too.

Taking off from Port Elizabeth and heading north to Johannesburg saw the spirit lifting somewhat. Below us the land grew greener with each passing mile, the rains had blessed the many desperate families forging an existence in this harsh environment. One couldn’t help but smile at their good fortune. Johannesburg and its surroundings looked even better since last I had been in the north. Record rainfall had brought the region to a standstill with localized flooding proving to be some of the most severe in recent times. Seeing that amount of green reminded one what good times looked like.

We jumped on the late night flight out of OR Tambo International US bound for the traditional show season. A change would surely be as good as a holiday. Who knows maybe the summer rains would finally arrive while we went about ensuring Africa’s wildlife continued thriving under its sustainable utilization module. How else were we going to pull our game or their habitat through these trying times as we fought the worst drought in living memory?

Arriving in the US we were once again met with the same warm hospitality we’ve become accustomed to over the years. And if the hospitality lifted our spirits a couple of notches then one could not describe what the news from home did for a bunch of Africans thousands of miles away from home. The summer rains had finally arrived. What was once dry was now overflowing or flooding.

A wave of positivity flowed through our veins as we kicked off our show season in Dallas with Dallas Safari Clubs annual Convention. From Dallas, we headed to Utah and Nebraska before returning to Texas for a few more stops and the Houston Safari Club Convention in Houston. Then it was off to Mexico before our final run into Reno with Safari Club International.

Show season proved to be as jam-packed as ever but what stood out this year was the amount of young and new hunters coming on-board. Our returning hunters remain as loyal as ever and we are honoured and humbled by your ongoing support. It is not something we take lightly or for granted. Your continued trust in us with your adventures is the greatest compliment of all. Thank you.

We headed home on February 9th, having spent just over five weeks on the road enjoying one of our most successful trips to date. Another show season had come and gone.

This morning as I wrap up my final thoughts on the start to our year, reflecting gratefully on a busy few months as we gear ourselves for the first hunts of the season, I cannot but help sharing with you how good it is to be home. What was once dust is now bursting with life. The wildlife never ceases to amaze. We’ve come to learn that you underestimate Africa and her wildlife at your own peril. Those joining us on safari this season prepare to be amazed. Africa is showing off at the moment. We’re ready for the adventure. Are you…

See you in the field.